View full case Show related cases Notify admin
Clinical History
A 46-year-old patient with a history of renal failure, cardiomyopathy with moderate cardiac insufficiency, multiple angiokeratoma and hypohidrosis, was admitted for observation for the onset of amnesia and mental confusion lasting about 48 hours. The neurological examination was unremarkable.
Differential Diagnosis List
Log in to take the quiz and to see the final diagnosis
Fabry’s disease
profound asphyxia
postanoxic Parkinsonism
acute necrotising encephalopathy
Tay-Sachs disease
Krabbe disease
Creutzfeldt-Jacob disease
Imaging Findings
The MRI study of the brain demonstrated the presence of a slight hyperintensity on T1-weigthed images at the posterior pole of both thalami (pulvinar). On T2-weigthed images multiple confluent areas of signal hyperintensity in periventricular white matter and chronic cerebellar infarction were detectable.
The following CT study showed the presence of calcified material in both pulvinars and globus pallidum on the left.
The diagnosis of Fabry’s disease was confirmed by administration of alpha-galactosidase A and genetic investigation (transition G>A, codon 188, eson 1, gene GLA ).
Discussion
Fabry’s disease is an X- linked metabolic disorder of glycosphingolipid caused by the mutation of the gene codifying a lysosomal hydrolase, alpha-galactosidase A, inducing deficiency of the enzyme activity.
The disease affects homizygous male patients but, due to random X chromosomal inactivation, can be observed also in heterozygous female patients.
Impaired activity of alpha-galactosidase A leads to progressive accumulation of glycosphingolipids, particularly ceramide trihexoside, in vascular endothelium, perithelium and smooth muscle cells, as well as in parenchymal cells of the kidney, heart, dorsal root ganglia, autonomic nervous system and brain. Progressive endothelial glycosphingolipids accumulation results in compromise of lumen size and subsequent vascular events such as impairment in cerebrovascular reactivity, vertebrobasilar ectasia as well as vascular risk factors such as nephrogenic hypertension and cardiac disease, stroke or TIA.
The clinical onset of Fabry’s disease is typically during childhood or adolescence (being in differential diagnosis with stroke in young people, particularly in those with cryptogenic etiology, vertebrobasilar location and renal dysfunction) and become evident in fourth-sixth decades. Clinical symptoms include acroparaesthesia, hypohidrosis, gastrointestinal complaints, neuropathic pain, corneal inclusions, cataracts and cutaneous angiokeratomas which are followed by progressive renal, cardiacs and cerebrovascular disease.
In untreated patients, prognosis is reduced after 35 years old, with death occurring within the fifth decade of life for the majority of patients.
Neuroimaging plays a key rule in the diagnosis of Fabry’s disease. In MRI, abnormal signal intensity in the deep grey nuclei is common in patients with FD and the presence of hyperintensity on T1-weighted images in the lateral pulvinar, called “pulvinar sign”, is considered pathognomonic for Fabry’s disease with a prevalence of 23%. On T2-weighted images there is an increase of signal intensity in the deep gray matter and in periventricular white matter.
A possible cause of the pulvinar sign is the alteration in water proton relaxation time related to adsorption of water by the crystalline structure of the calcium salts. This hypothesis is confirmed by CT scan, which demonstrates increase attenuation in the pulvinar region corresponding to the site of hyperintensity on T1-weighted MR images.
The diagnosis of this disease is important because a therapy based on infusion of recombinant algosidase alfa and beta is available. This therapy has been shown to be effective in improving renal and cardiac function and in reducing the neuropathic pain; however, the long-term clinical benefits of the therapy for Fabry patients are still unclear.
References 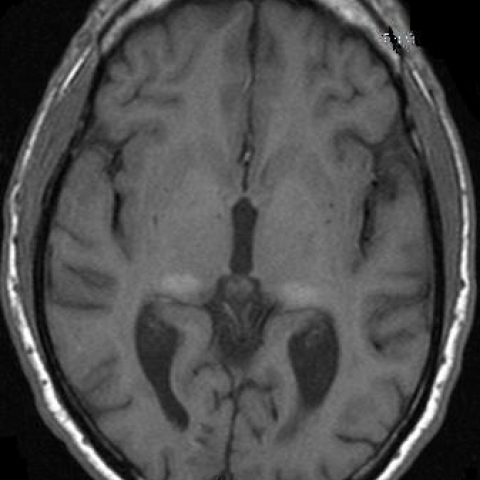 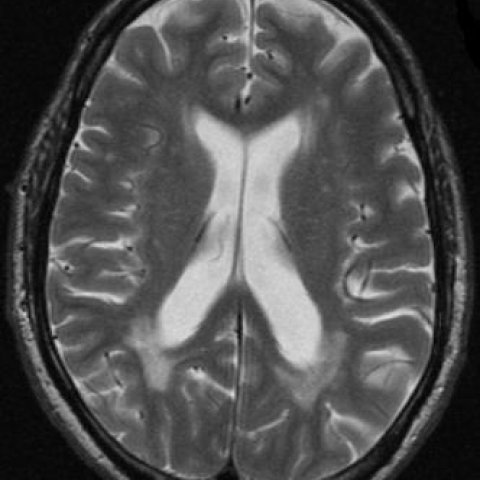 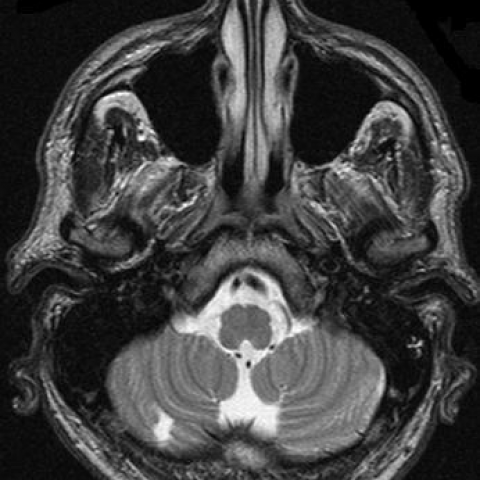 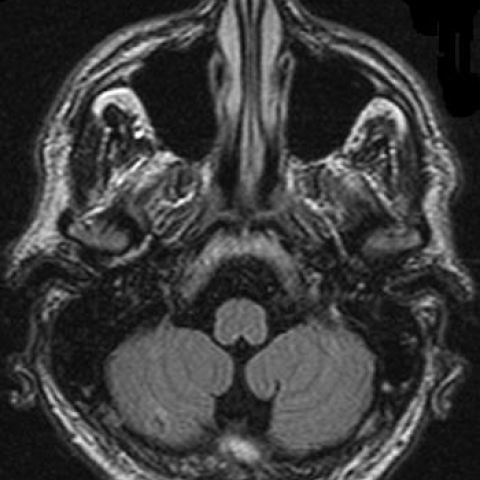 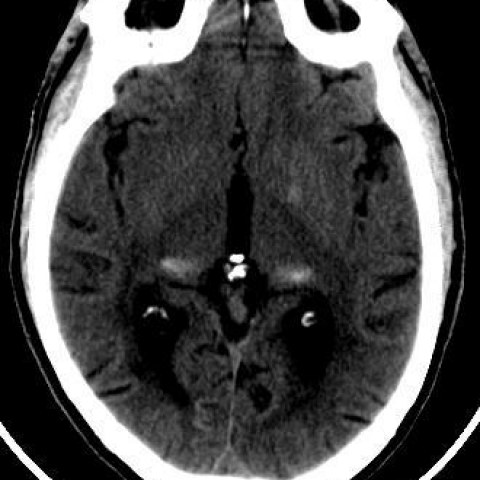 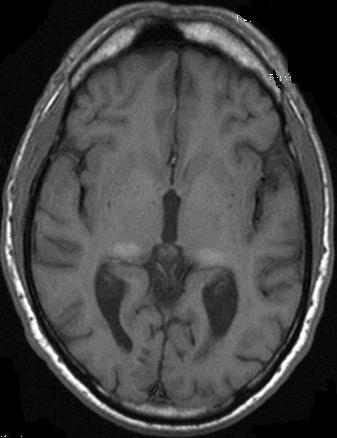 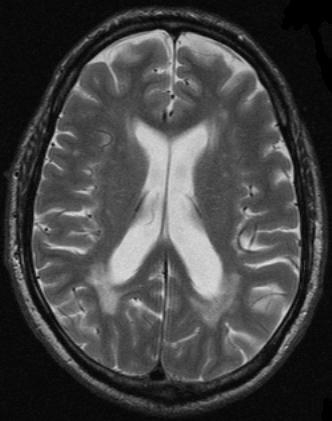 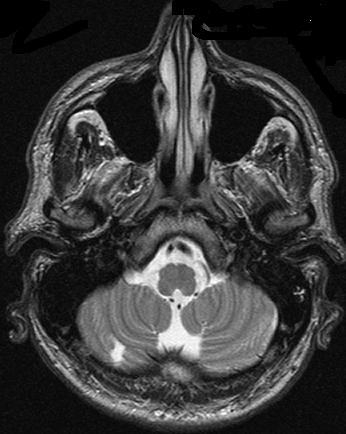 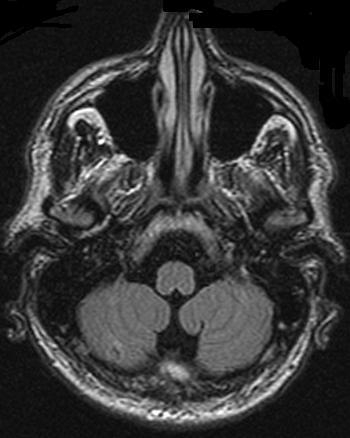 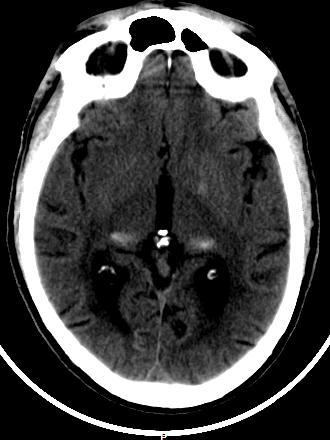