Byrne A.
BC Children's Hospital, Vancouver, BC, Canada.

Download as PDF Print Show related cases Notify admin
Clinical History
A 14-year-old girl presented to the emergency department complaining of cough, fever and chest discomfort. She had no past medical or significant family history.
Imaging Findings
Chest radiography revealed a well circumscribed lingular lung opacity which was confirmed with computed tomography. An antibiotic course did not improve this finding. She was transferred for surgical evaluation and resection of the mass.
Discussion
Inflammatory myofibroblastic tumour (IMT) is a rare benign condition which was first described by Brunn in 1939 and named by Umiker in 1954 because of its propensity to mimic a malignant process both clinically and radiologically. It has been reported in practically all organ systems and in children is most commonly seen in the lungs. It is characterised by a mass of localized proliferation of fibroblasts and infiltration of mononuclear inflammatory cells. Presenting features are variable and depend upon the site of involvement.
IMT is the most common solid lung mass in children accounting for 50% of benign pulmonary paediatric tumours. The peak is in the second decade in life and cough, fever, dyspnoea and haemoptysis are the usual presenting symptoms.
Chest radiography typically demonstrates a solitary, peripheral well circumscribed mass with a predilection for the lower lobes. Rarely, there may be calcification, cavitation, invasion of the mediastinum or hilum, or pleural effusion. Five percent of cases are multiple, and 10% are endobronchial. On CT, these masses are often heterogeneous. MRI, although seldom used, shows the T1 signal is slightly greater than that of skeletal muscle with high T2 signal, and heterogeneous contrast enhancement following administration of gadolinium.
The treatment of choice for pulmonary IMT is complete surgical resection with local recurrence in 25%. Spontaneous regression has been reported. Radiation therapy, chemotherapy, systemic steroids, and antibiotics are less successful or are used as second-line therapies for pulmonary lesions.
Differential Diagnosis List
Pulmonary Inflammatory Myofibroblastic Tumour
Final Diagnosis
Pulmonary Inflammatory Myofibroblastic Tumour
References 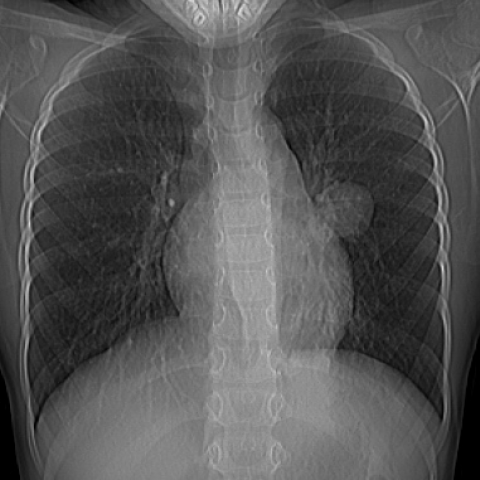 Chest radiograph demonstrates a round, solitary well circumscribed mass in the lingula, adjacent to the left heart border
Figure 2 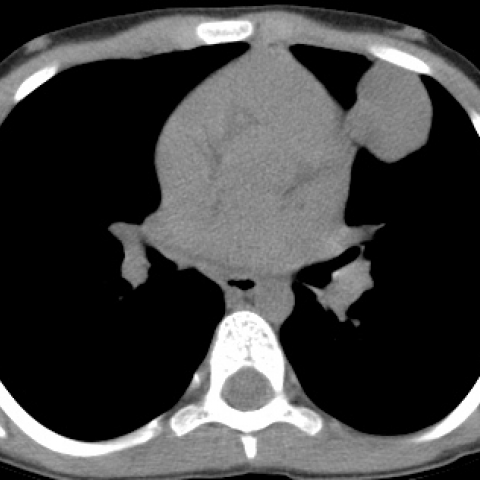 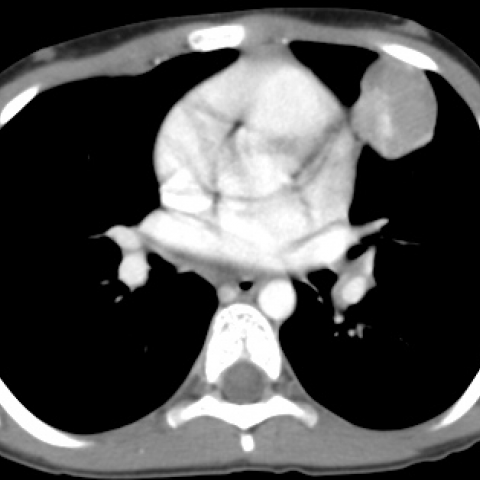 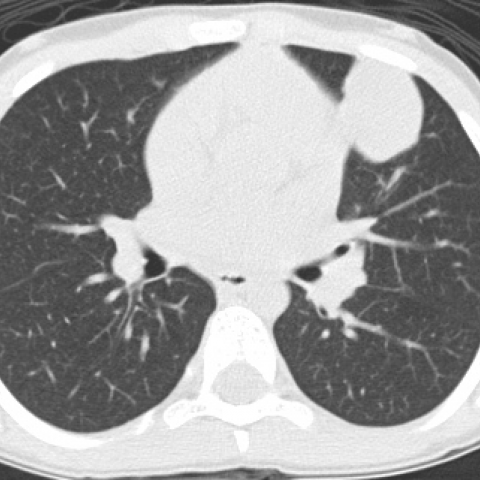 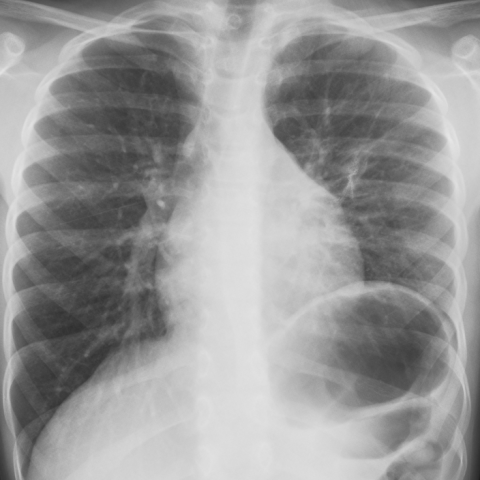 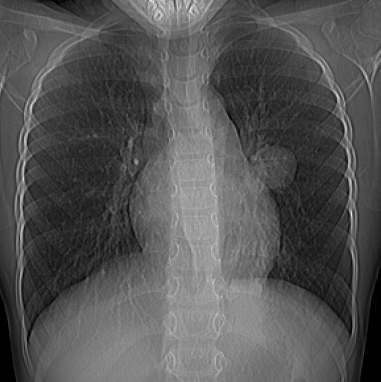 Chest radiograph demonstrates a round, solitary well circumscribed mass in the lingula, adjacent to the left heart border 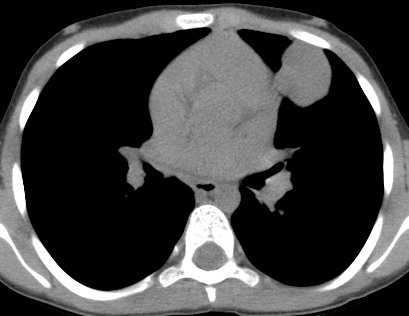 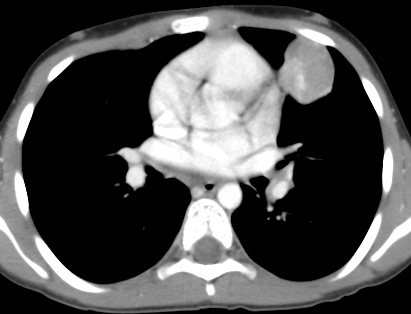 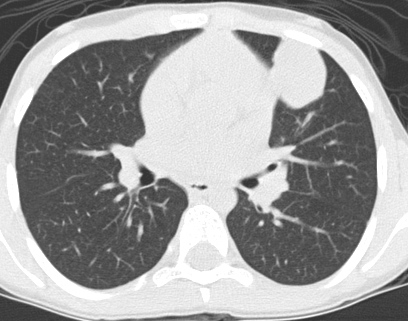 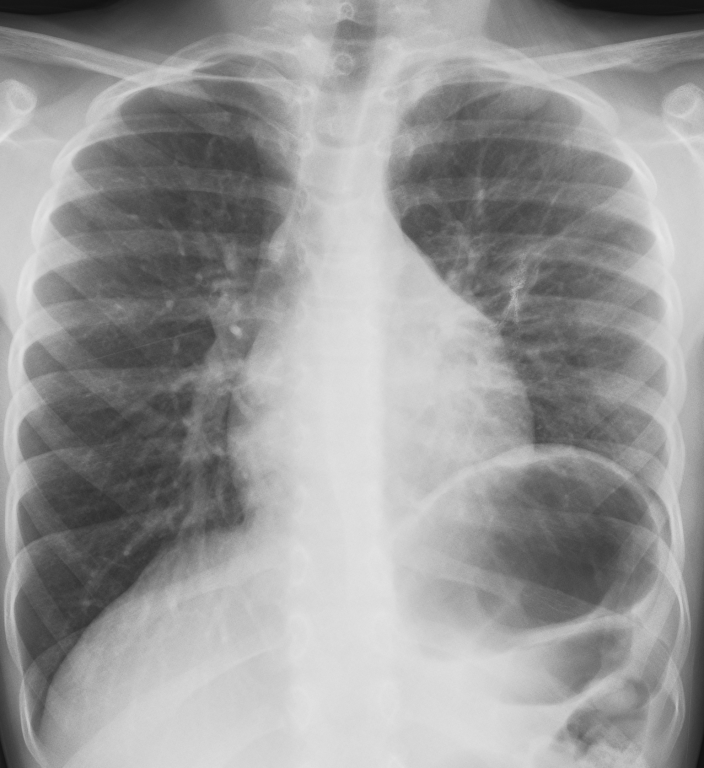