View full case Show related cases Notify admin
Clinical History
57 years old women who suffers and abdominal trauma and presents an incidental finding in the abdomen CT.
Differential Diagnosis List
Log in to take the quiz and to see the final diagnosis
Mucocele -cistadenoma- of the appendix.
Imaging Findings
57 years old women who suffers an abdominal trauma and is taken to the radiology department in order to make an abdominal CT. We carry out our trauma CT protocol (simple and contrast CT). Delayed phase was unnecesary because of the abscence of free abdominal liquid. CT scan only demonstrated a pelvic mass in the region of the appendix.
Discussion
The term mucocele is a general macroscopic description that implies a dilated appendiceal lumen caused by an abnormal accumulation of mucus. It does not constitute a pathologic diagnosis; it may be caused by a variety of nonneoplastic, benign neoplastic, and malignant underlying pathologic entities. Mucoceles may be discovered incidentally, at the physical examination or abdominal imaging, or as a secondary surgical finding . Most patients present with acute or chronic right lower abdominal pain secondary to cystic distention of the appendix by mucus. A palpable mass is found in up to 50% of patients. Rarer manifestations include intussusception, torsion, gastrointestinal bleeding, altered bowel habits, weight loss, vomiting, and urologic symptoms such as right ureteric obstruction. Approximately 25% of patients with an appendiceal mucocele are asymptomatic. Mucoceles of the appendix are rare; they have been observed in only 0.2%–0.3% of surgical appendectomy specimens.

Four varieties of mucoceles have been described, according to the predominant feature of the epithelium: One has a normal epithelium, and three show varying degrees of epithelial atypia. The first type, the simple retention cyst, is characterized by a normal appendiceal epithelium and is associated with mild luminal dilatation that rarely exceeds 2 cm in diameter. Any mucocele with a diameter of more than 2 cm is more likely to represent one of the other three types of mucocele. The second group, which accounts for 5%–25% of mucoceles, is defined by a hyperplastic epithelium and mild dilatation. In the third group, which accounts for 63%–84% of mucoceles, the appearance of the epithelium is similar to that in villous adenomas and adenomatous polyps of the colon, with mild (low-grade) epithelial dysplasia. Often termed cystadenomas, as in the case presented here, these mucoceles produce marked distention of the lumen; a diameter of 6 cm was demonstrated in our patient. Appendiceal perforation occurs in 20% of cases, with resultant mucinous spillage into the periappendicular area or onto the serosal surface. No neoplastic cells are found in the mucus at histologic examination, and surgical resection is usually curative. The fourth category, which accounts for 11%–20% of cases, encompasses malignant mucinous cystadenocarcinomas. The neoplastic epithelium in these tumors is similar to that seen in adenocarcinomas of the colon, with glandular stromal invasion. Appendiceal distention is severe, and spontaneous rupture has occurred in 6% of cases.The extension of the neoplasm is identical to that of intraperitoneal ovarian mucinous cystadenocarcinomas.

Mural curvilinear calcification aids considerably in the diagnosis but is thought to occur in less than 50% of cases.The typical finding in cystadenomas of the appendix is a round, thin-walled, encapsulated cystic mass of low attenuation that communicates with the cecum. Adjacent bowel segments may be displaced, but usually no periappendicular inflammation or abscess is seen . These findings help differentiate a mucocele from a periappendiceal abscess or pelvic inflammatory process. Other possible diagnoses, depending on the imaging findings, may be an enteric duplication cyst or mesenteric cyst or even an haematoma.
References 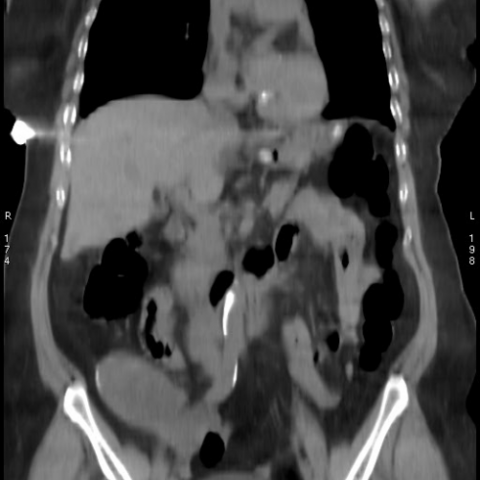 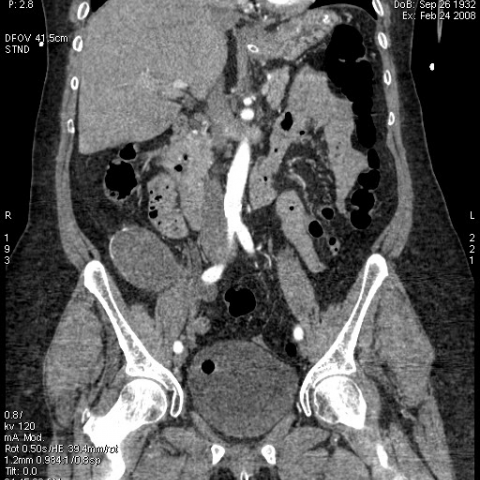 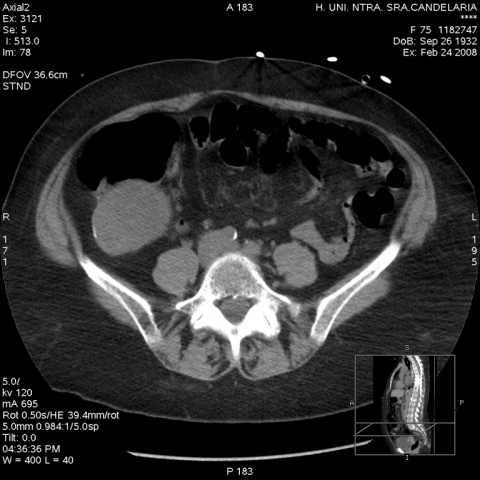 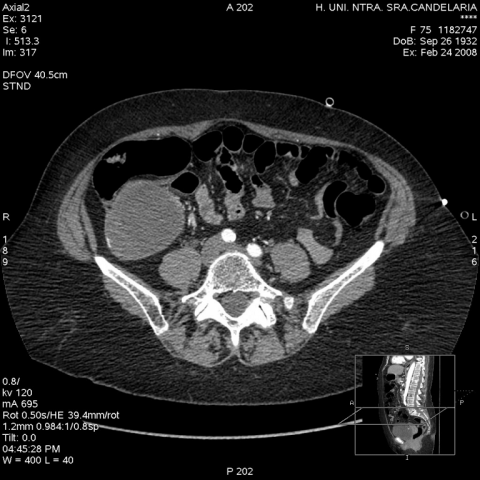 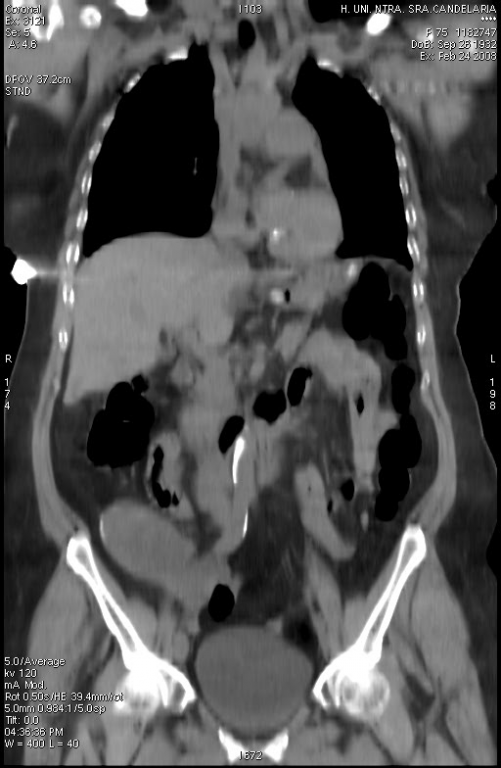 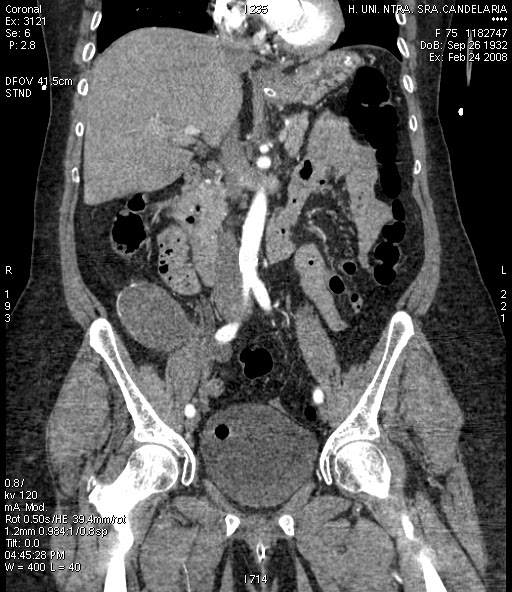 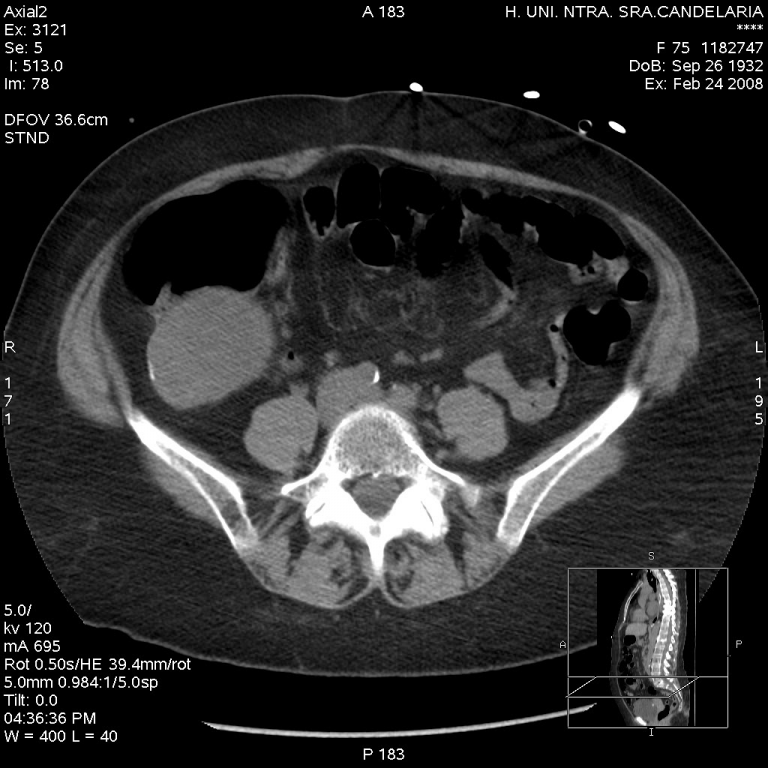 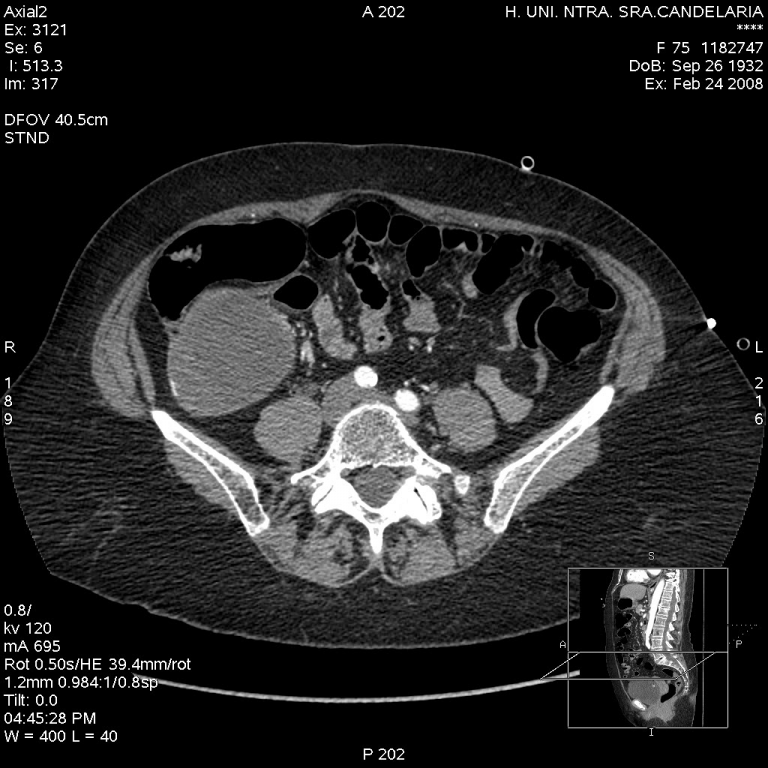