Download as PDF Print Show related cases Notify admin
Clinical History
Left sided shoulder asymmetry and restriction of shoulder abduction.
Imaging Findings
This 12 year old girl was noted to have left sided shoulder asymmetry and decreased shoulder abduction from a young age. She initially had plain films of the left shoulder performed which showed elevation of the scapula and the presence of an omovertbral bone. She then had CT of the left shoulder with sagittal, coronal and 3D reformatting which showed the affected scapula to be elevated and adducted with its inferior pole medially rotated while the glenoid faced inferiorly. An omovertebral bone was seen posterior to the spinous processes of C6 and C7.
Discussion
Sprengel deformity is a complex anomaly associated with malposition and dysplasia of the scapula with muscle hypoplasia or atrophy causing disfigurement and limitation of shoulder movement (Fig 1).
It is the most common congenital malformation of the shoulder girdle and the male-to-female ratio is 3:1. The left side is more commonly affected than the right side although the condition may sometimes be bilateral. Congenital elevation of the scapula is caused by an interruption in the normal caudal migration of the scapula and it probably occurs between the 9th and 12th week of gestation. An arrest in the development of bone, cartilage, and muscle also occurs. Associated malformations are almost always present. The most common anomalies are absent or fused ribs, chest wall asymmetry, Klippel-Feil syndrome, cervical ribs and congenital scoliosis. Another anomaly seen in approximately one third of patients with Sprengel deformity is the omovertebral bone. This is a rhomboid- or trapezoid-shaped structure of cartilage or bone usually found lying in a fascial sheath extending from the superomedial border of the scapula to the spinous processes, lamina, or transverse processes of the cervical spine (Fig 2). Clinically, the affected scapula is usually elevated and adducted with its inferior pole medially rotated. The glenoid faces inferiorly and a prominence in the suprascapular region is characteristic causing loss of the normal neck contour on that side. The hallmarks of this condition are shoulder asymmetry and restriction of shoulder abduction (Fig 3a,b). The omovertebral bone may also limit abduction by affecting scapular mobility. Sprengel deformity is best visualized on the anteroposterior view of the chest and both shoulders. CT scans with 3-dimensional reconstruction may be performed to visualize the anatomy and to visualize the omovertebral bar. It may also help in planning surgery, non-operative treatment consists of physical therapy. Exercises are used to maintain range of motion and to strengthen the weak scapular muscles. For those who do require surgery, the aims of correction of Sprengel deformity are twofold. First, the cause of the scapular binding must be released and in addition the scapula must be relocated. Surgical options include subperiosteal resection of part of the scapula, extraperiosteal release, transplantation of the muscular origins of the scapula, excision of the superomedial portion of the scapula, and vertical scapular osteotomy.
Differential Diagnosis List
Sprengel deformity
Final Diagnosis
Sprengel deformity
References 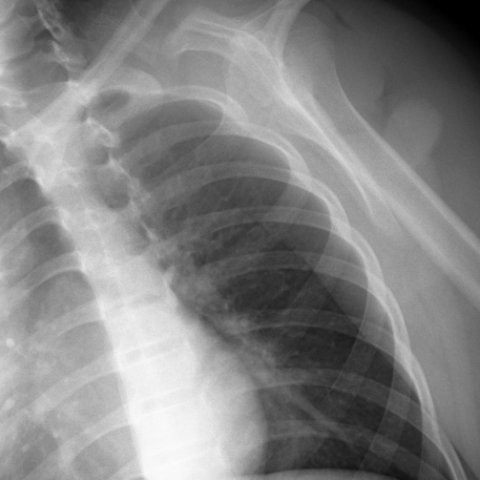 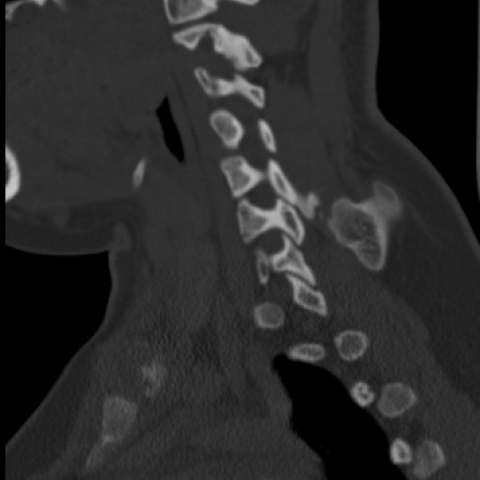 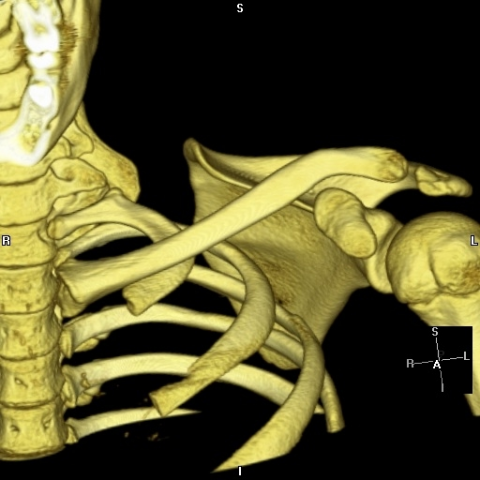 Figure 3a 3D reformats show that the affected scapula is elevated and adducted with its inferior pole medially rotated while the glenoid faces inferiorly.
Figure 4 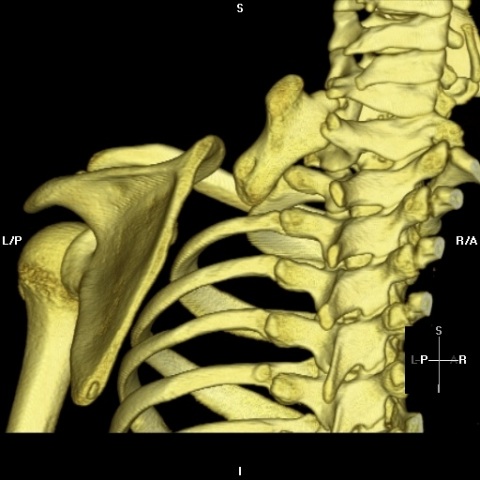 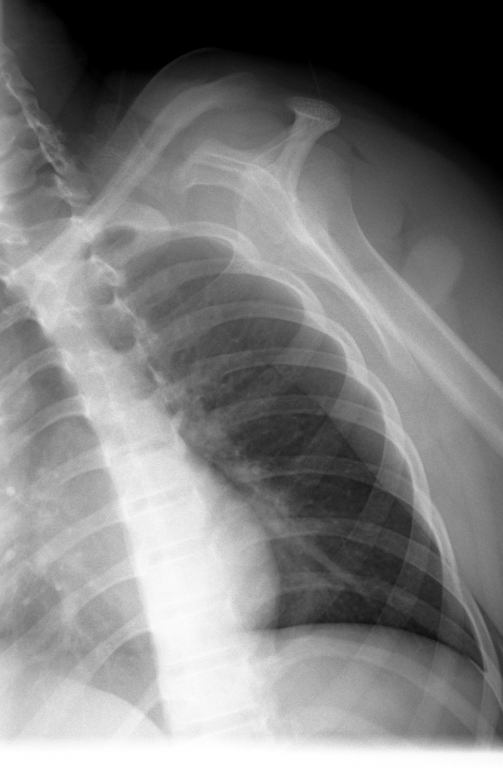 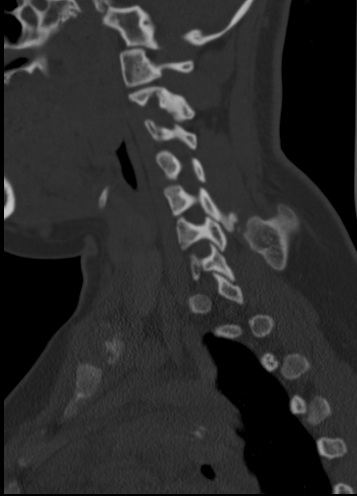 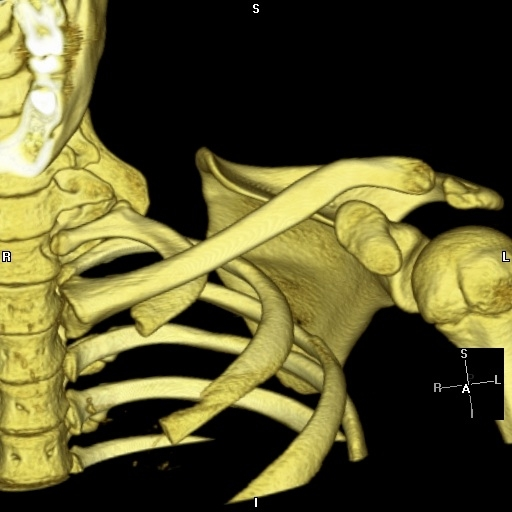 Figure 3a 3D reformats show that the affected scapula is elevated and adducted with its inferior pole medially rotated while the glenoid faces inferiorly. 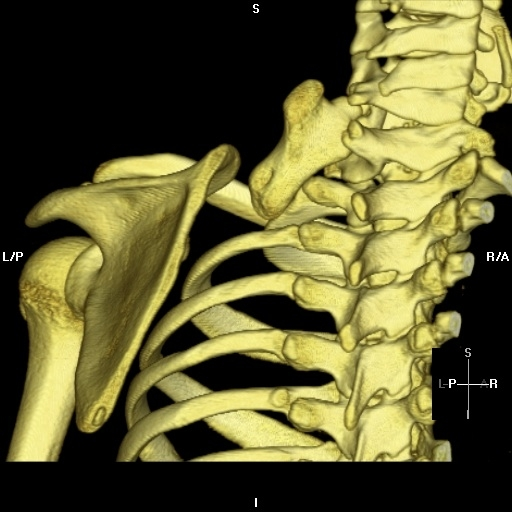