Categories
No Area of Interest ; Imaging Technique CT, CT, MR ;
No Procedure ; No Special Focus ;
Show more Show less
View full case Show related cases Notify admin
Clinical History
A 17-year-old female patient presented with an eight-day history of progressive ptosis of the right upper eyelid and right-sided retro-orbital pain.
Differential Diagnosis List
Log in to take the quiz and to see the final diagnosis
Burkitt-like non-Hodgkin's lymphoma.
Imaging Findings
The patient was admitted with an eight-day history of progressive ptosis of the right upper eyelid and right-sided retro-orbital pain. Neurological examination when done revealed a left gaze horizontal diplopia and a dilated right pupil, which was non-reactive to light. The patient had no facial sensory loss. During the next ten days, she developed a painful progressive left ophthalmoplegia, with paresis of the III and VI cranial nerves and sensory loss of the third (V3) division of the trigeminal nerve. There were ptoses of both upper eyelids, a slight loss of visual acuity in both eyes with orbital congestion, and periorbital hematomas. The rest of the neurological and physical examinations were not remarkable. There was no significant past or familial history. A CT scan was performed, which revealed the existence of a tumour mass in the sellar and the parasellar region, extending into the subtemporal fossa (Fig. 1,2). Following the CT findings, an MRI was performed. The MRi findings showed a sellar lesion infiltrating the right cavernous sinus (Fig.3). A needle biopsy was performed at right maxillary sinus, which indicated a stage IV Burkitt-like non-Hodgkin’s lymphoma. Additional imaging studies were performed due to the biopsy findings. A CT scan of the abdomen and breast ultrasound examination were done, which revealed the existence of a large mass in the ileum and palpable breast masses bilaterally. All of the additional masses detected were of extra-nodal location; no intra-nodal masses were found. The patient was treated with chemotherapy. The therapy chosen was m-BACOD (Bleomycin, Adriamycin, Cytarabine, Oncovin, Dexamethasone). Following treatment, the patient showed significant improvement clinically, which was also reflected by the results of the laboratory examinations.
Discussion
Non-Hodgkin's lymphomas (NHLs) are a much more heterogeneous group of malignant tumours than Hodgkin’s lymphomas. A working formulation divides the NHLs into low-, intermediate-, and high-grade groups. Low-grade lymphomas are usually follicular; while the intermediate- and high-grade tumours are usually diffuse. To eliminate the confusion created by multiple classification schemes, three primary subtypes of high-grade NHL have been defined: small noncleaved cell (SNCC), lymphoblastic, and large cell. The SNCC NHLs (Burkitt and non-Burkitt subtypes) are B-cell tumours that express surface immunoglobulin and contain one of three characteristic chromosomal translocations. Burkitt’s and Burkitt-like non-Hodgkin's lymphoma are rare entities, which account for nearly 50% of all NHLs in children, but only 2%–3% in immunocompetent adults. The NHLs of childhood, in contrast with those of adults, are usually diffuse, extranodal, high-grade tumours. Their incidence has increased since the 1980s, mainly due to the increased risk of NHL associated with infection with the human immunodeficiency virus. These diseases are aggressive, potentially curable, B-cell neoplasms. The classical and endemic forms of Burkitt’s lymphoma were first described in African children and are the commonest childhood malignancies in some parts of Africa. They are classified as a ‘diffuse’ tumour at presentation and do not readily conform to conventional staging systems, the prognosis being related to tumour volume rather than site. The rarer, non-endemic Burkitt’s and Burkitt-like forms, subsequently described in North American series, are aggressive diseases that affect an older age group, and presentation is usually with extranodal abdominal masses, characteristically involving the distal ileum or caecum, and peripheral lymphadenopathy. Burkitt-like non-Hodgkin's lymphoma is a less well-defined, but clinically similar disease to the Burkitt’s lymphoma and has been classified as a provisional entity in the REAL classification. The presenting signs and symptoms of Burkitt’s and Burkitt-like NHLs are largely determined by the site of the disease and its extent. The most frequent primary sites are the abdomen (31.4%), mediastinum (26%), and the head/neck region, including Waldeyer ring and/or cervical lymph nodes (8%–25%). The incidence reported in other series of nonendemic Burkitt’s varies from 0% to 33%. A central nervous system disease may result in headache, increased intracranial pressure, or cranial nerve palsies. Isolated Cavernous Sinus Syndrome is not a common presentation of secondary lymphoma of the central nervous system. Meningeal and cranial nerve infiltration are the most common CNS findings in Burkitt’s and Burkitt-like lymphoma, which are difficult to demonstrate on CT. An MRI is expected to be more sensitive in revealing the infiltration. A CT appears to be the most effective method of accurately staging the patients. In our case, the rapid growth of the patient’s symptoms suggested a malignant nature. There are no radiological features specific to this condition, but the presence of extranodal disease involving the bowe,l particularly in the ileocaecal region, together with an aggressive clinical history, in a young patient, should suggest the possibility of this diagnosis. An urgent imaging is required to access the initial tumour bulk, the compromise of vital organs and for the follow-up of patients during therapy.
References 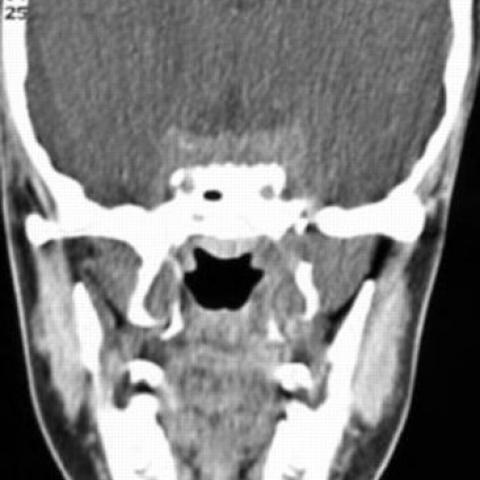 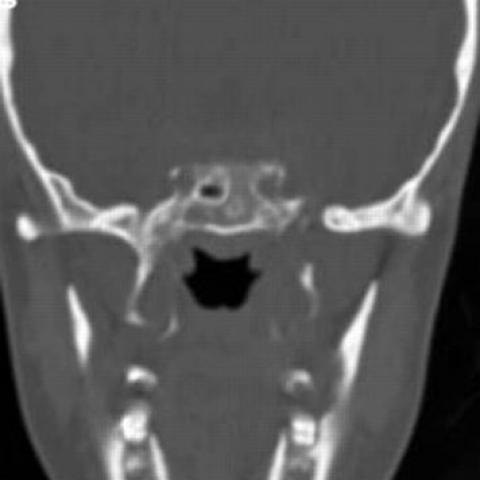 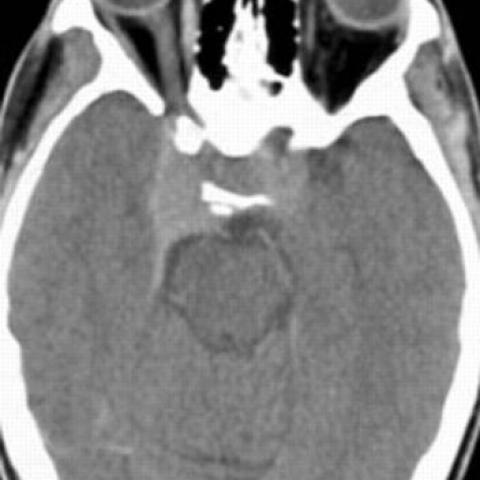 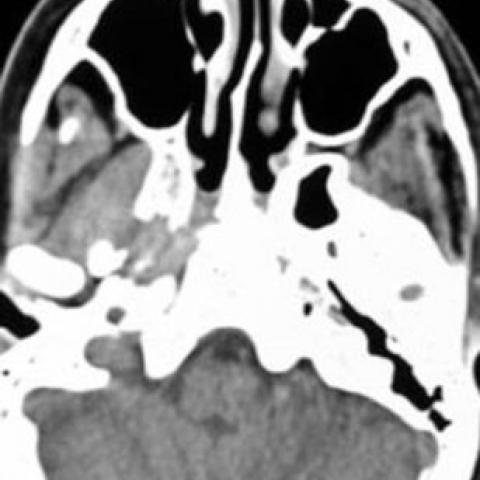 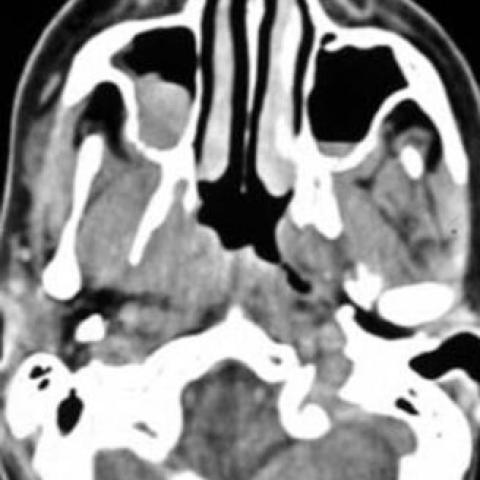 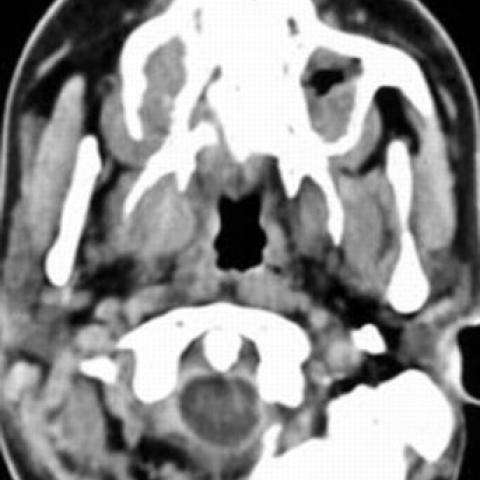 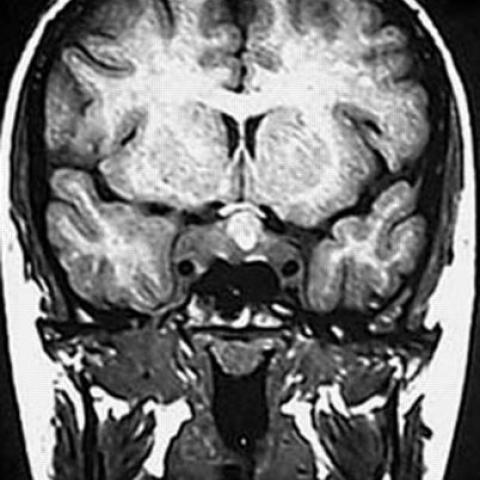 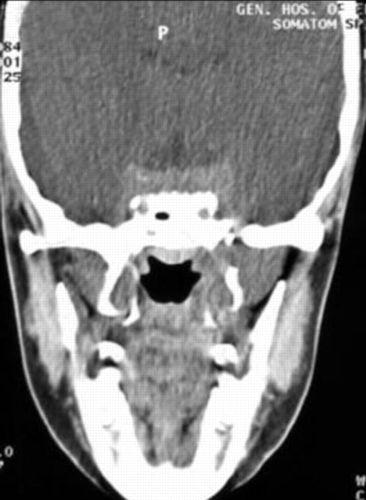 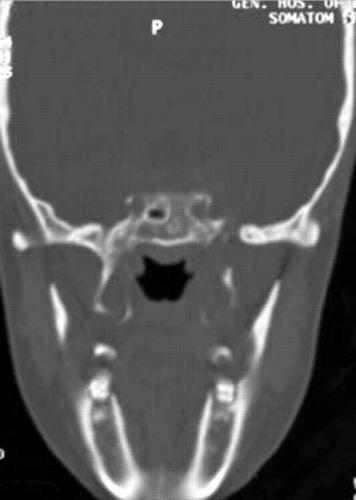 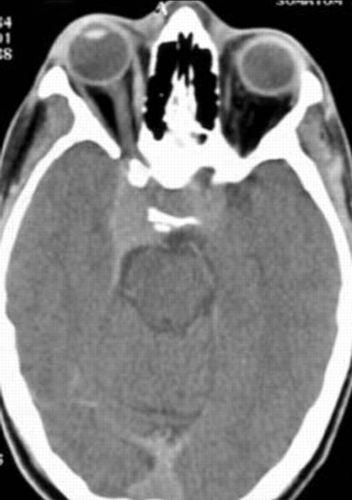 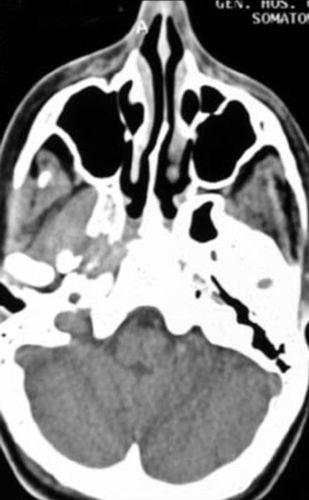 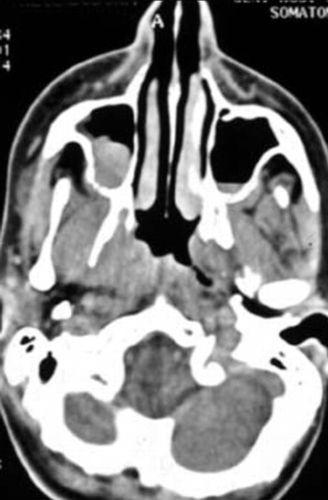 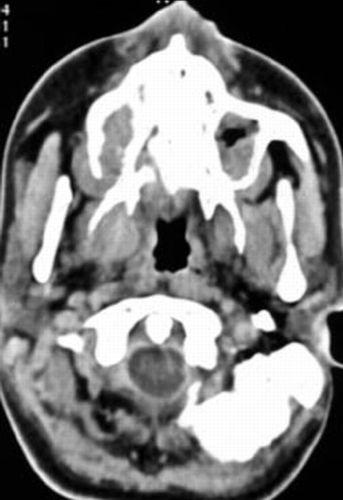 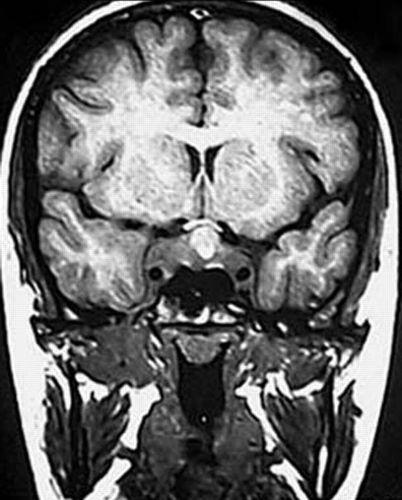