Categories
No Area of Interest ; Imaging Technique Digital radiography, Digital radiography, Digital radiography
No Procedure ; No Special Focus ;
Show more Show less
Download as PDF Print Show related cases Notify admin
Clinical History
2 year history of clinically indeterminate left groin pain.
Imaging Findings
The patient was referred for herniography with a 2 year history of intermittent left groin pain and occasional swelling. Clinical examination on three separate clinic visits was unremarkable with no evidence of a hernia. Ultrasound examination of the abdomen was normal. Herniography was performed after the bladder was emptied using a subumbilical approach to minimise the risk of cannulating the large bowel. 10ml of local anaesthetic was injected and a 20G lumbar puncture needle inserted into the peritoneal cavity. 5ml of low osmolar non-ionic contrast was injected to ensure correct positioning of the needle with screening guidance(Fig1). The needle was then removed and with the patient in the prone position AP and oblique views were obtained during valsalva and forced coughing with the table at 45 degrees. A marker was used to localise the site of symptoms. A diagnosis of a left indirect inguinal hernia was made(Fig2).
Discussion
Herniography is used in the investigation and evaluation of clinically indeterminate groin pain. Three inguinal fossae are identifiable on herniography(Fig3). These are the
- Lateral inguinal fossa
- Medial inguinal fossa and
- Supravesical fossa.
The supravesical fossa is divided in the midline into the left and right supravesical fossae by the median umbilical fold, a remnant of the urachus. It's lateral border is formed by the medial umbilical fold, a remnant of the umbilical artery, separating it from the medial inguinal fossa. The medial inguinal fossa is separated laterally from the lateral inguinal fossa by the lateral umbilical fold formed by the inferior epigastric vessels.
Indirect inguinal hernia are the most common form of hernia and are caused by failure of the processus vaginalis to close at or shortly after birth. They arise from the lateral umbilical fossa on herniography and hence lateral to the inferior epigastric vessels. They enter into the inguinal canal where they tend to balloon out distally. The false positive rate of herniography has been estimated at approximately 6% in patients with pain alone.
Differential Diagnosis List
Left indirect inguinal hernia
Final Diagnosis
Left indirect inguinal hernia
References

Pictorial Review: Herniography in the Investigation of Groin Pain in Adults. 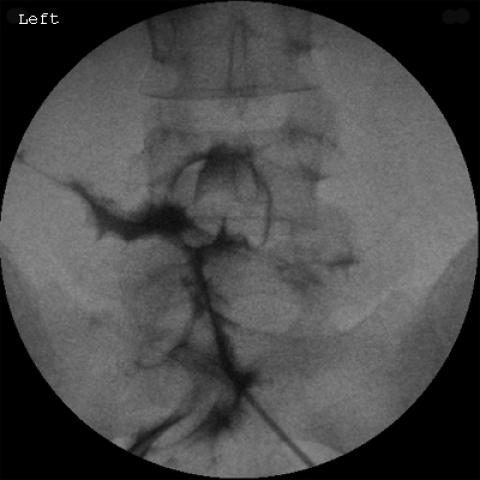 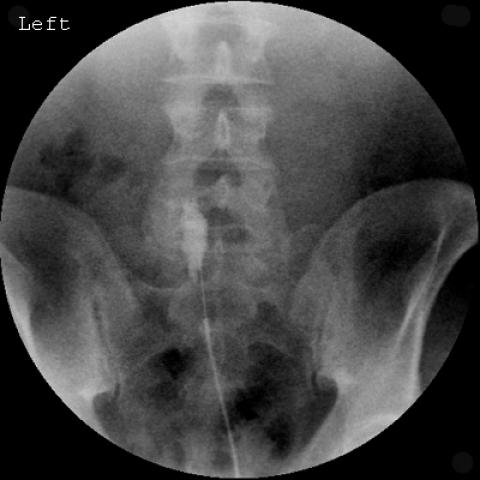 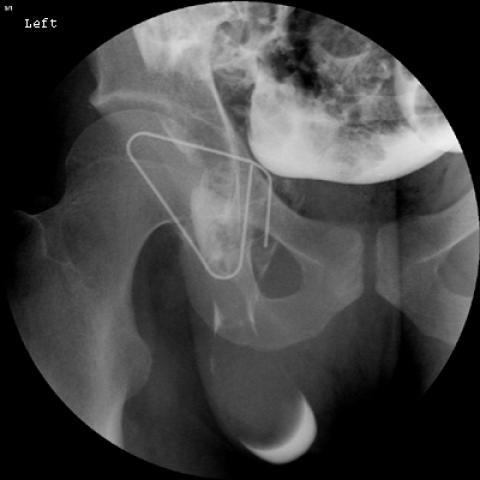 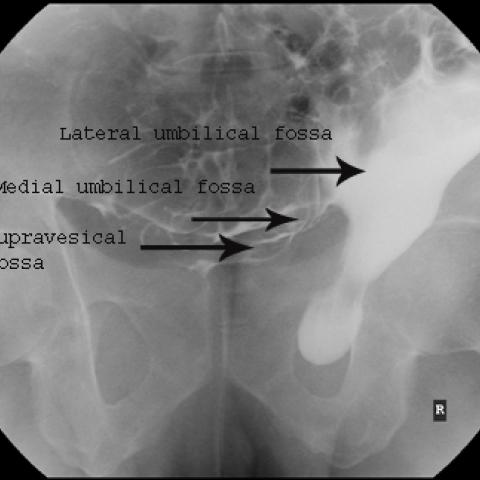 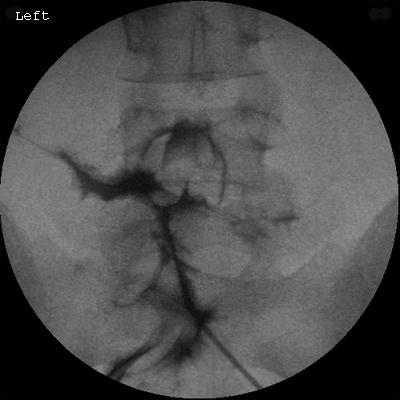 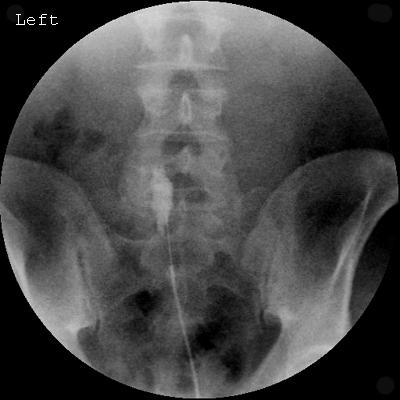 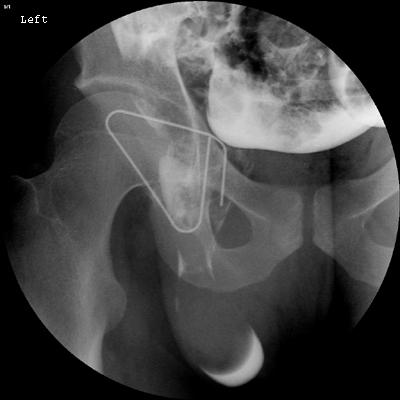 AP prone view of a left indirect inguinal hernia with bowel loops within. 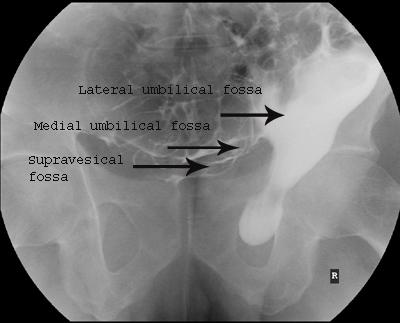