Unenhanced CT of abdomen and pelvis, performed on day 5 of life, showed a well-defined hypodense lesion in mid & lower pole of right kidney. There were no evidence of hemorrhagic areas/calcifications/fat attenuating components within the lesion. On post-contrast study, the lesion showed heterogeneous enhancement. Normal contrast opacification of renal arteries & veins was seen bilaterally. [MR imaging couldn’t be performed as patient was non-affordable.]

A palpable mass in a newborn will more often be a multicystic or hydronephrotic kidney[1]. Mesoblastic nephroma is the most common renal tumour among newborns and infants [2]. It is also called Bolande's tumour or fetal renal hamartoma. It is usually a benign tumour of mesenchymal origin. It is typically composed of connective tissue between the nephrons and replaces the renal parenchyma. Two pathological variants are seen – Classic and Cellular types.

Some cases may present in the antenatal period with polyhydramnios which is thought to be due to impaired Gastrointestinal function, increased renal perfusion or impaired renal concentrating ability.

Typically, it presents as palpable non-tender abdominal mass in neonates. Other features include hematuria, proteinuria, polyuria, vomiting, jaundice, dehydration, azotemia and electrolyte disturbances. It can be associated with hypertension and hypercalcemia. [3]

Mesoblastic nephroma can often be confused with Wilms tumour. Solid renal masses in neonates have to be differentiated from the Wilms tumour (which is the most common mass of older children), as both have different line of management.

Imaging plays an important role in the detection & the process of differential diagnosis of renal tumours. Cystic renal masses are well delineated by USG but solid lesions require evaluation by CT or MRI.

On USG, it typically appears as a well-defined, solid, homogeneous lesion of a fine to medium coarse echo texture. Heterogeneity in the lesion could be due to areas of haemorrhage or necrosis. [3]

The final diagnosis is by histopathological examination.

Mesoblastic nephroma has benign course and rarely shows distant metastasis. Early imaging helps the treating surgeon on the plan of action and avoids unnecessary chemotherapy and radiotherapy to the patients.

In a neonate with palpable abdominal mass, possibility of congenital Mesoblastic nephroma should be considered after ruling out the possibility of cystic renal lesions and hydronephrosis. 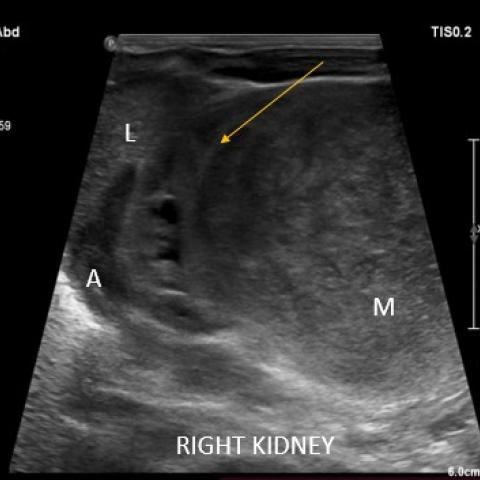 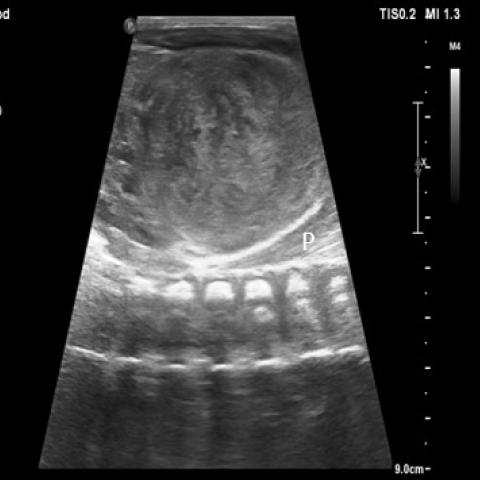 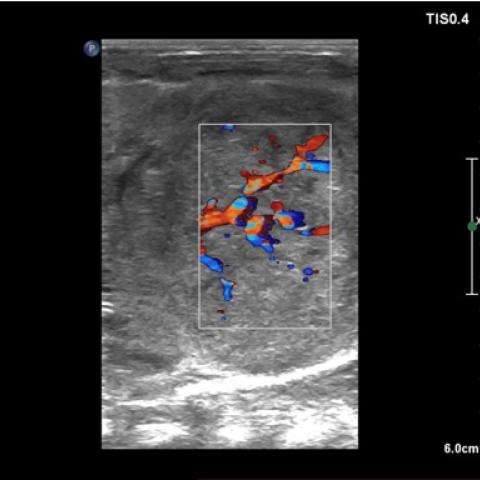 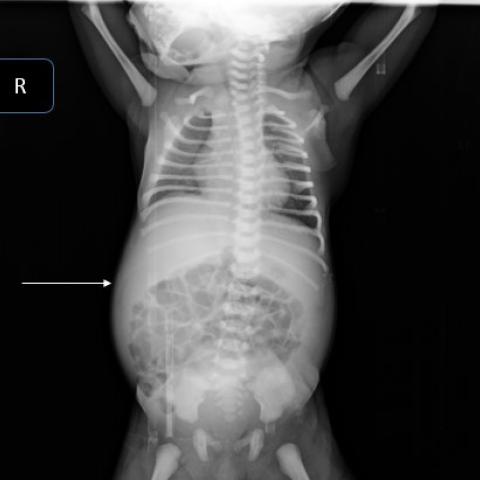 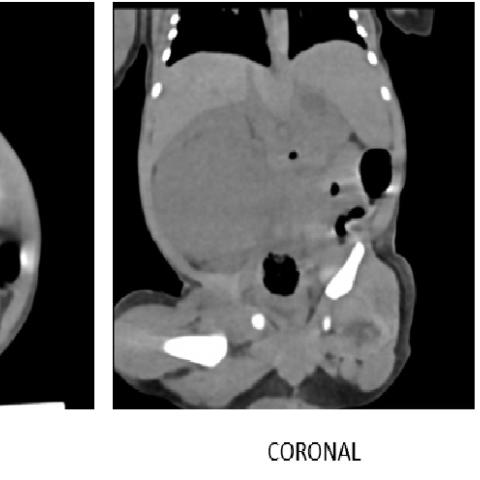 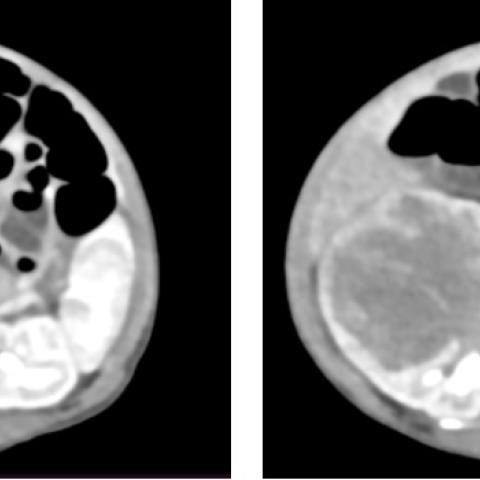 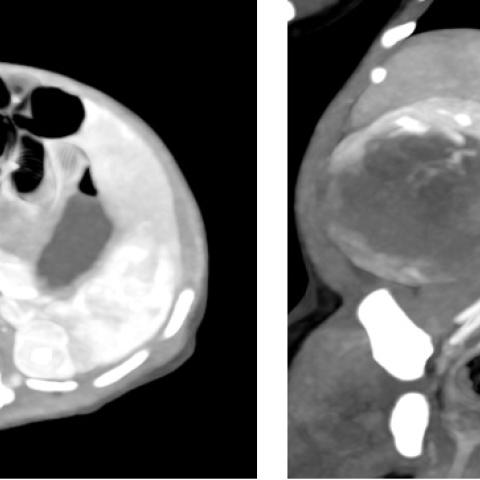 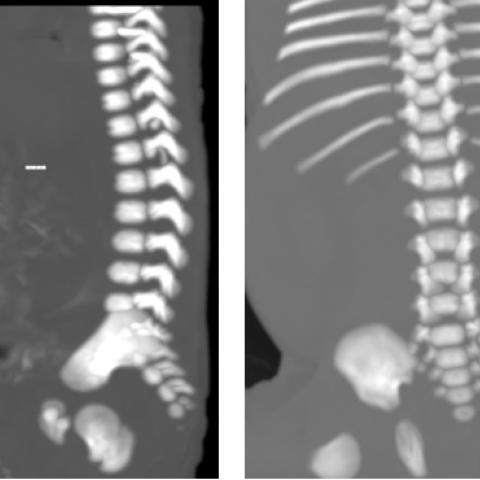 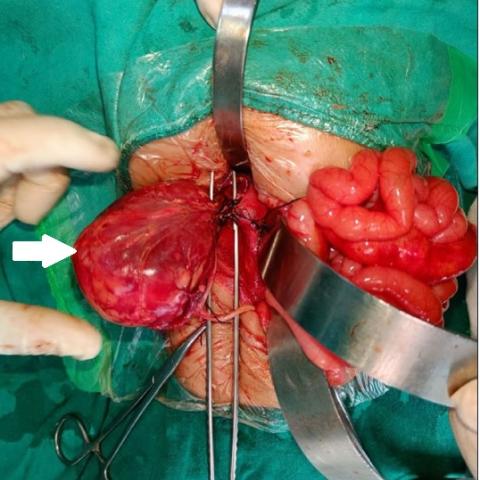 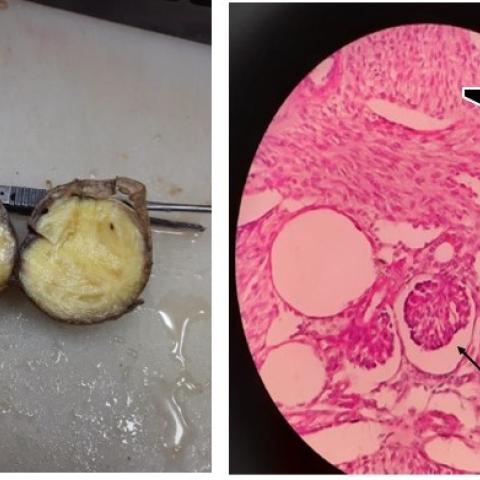 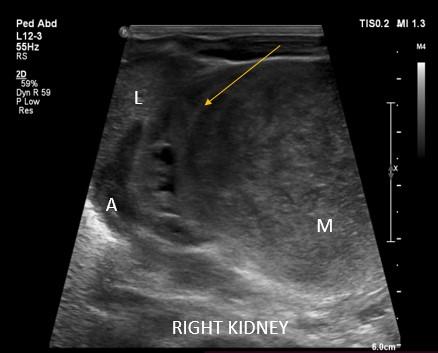 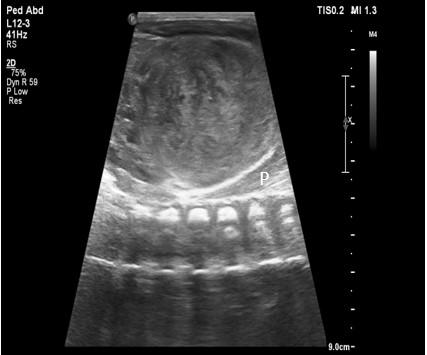 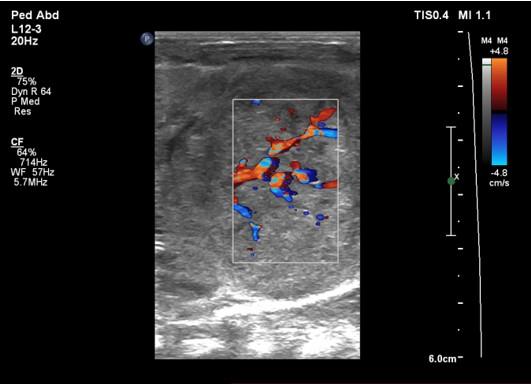 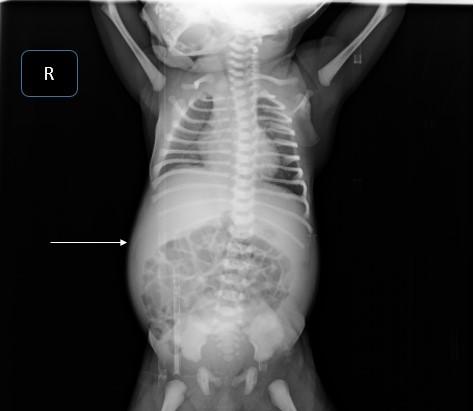 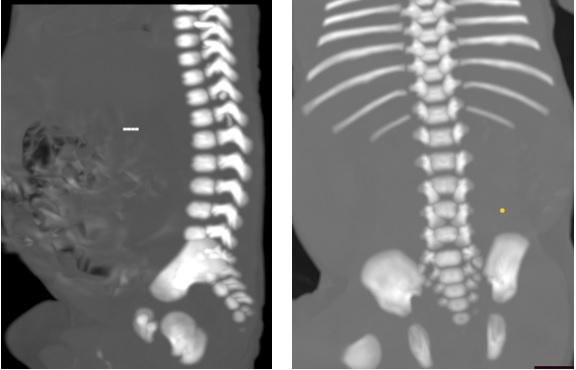 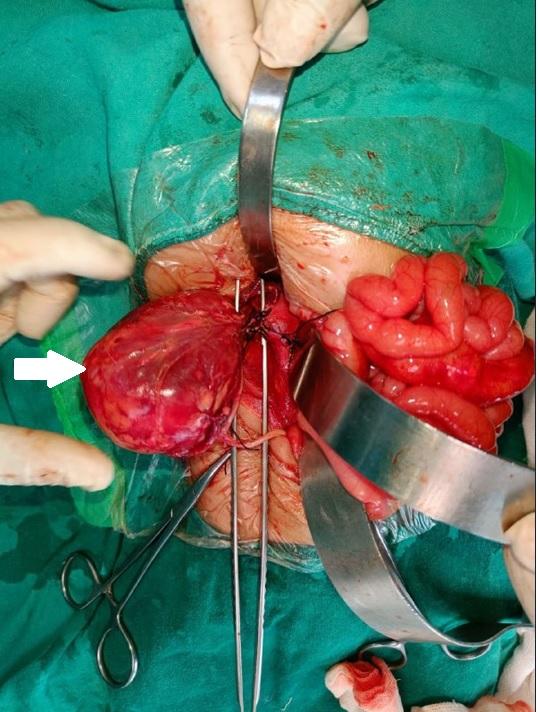 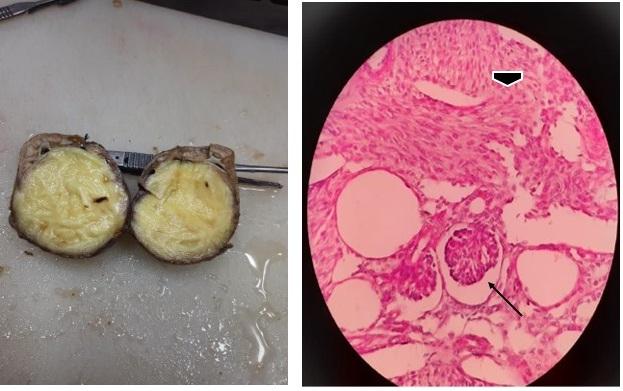