A 78-year-old male came with swelling, erythema, and pain at the volar aspect of the distal phalanx of the left fourth finger but no suppuration. The patient reported having consulted a year earlier due to a cut with a branch. No improvement after two weeks on antibiotics.

Following intravenous gadolinium administration, there was a significant diffuse heterogeneous enhancement of the solid component.

Post-surgical imaging showed an alteration of the signal intensity of the soft tissue at the tip of the stump. Additionally, a multiloculated cystic lesion was identified in the volar aspect of the stump tip, which had the same signal characteristics as the original lesion and was highly suggestive of tumour remnants.

Digital papillary adenocarcinoma (DPA) is a rare malignant tumour of the sweat glands commonly found on the volar surface of the fingers and toes (3:1) and the adjacent skin of the palms and soles of white men in their 50s-70s, although it has also been observed in children [1,2].

These tumours almost always present as solitary painful masses/nodules with slow growth and no associated constitutional symptoms. Although approximately 75% of patients complain of pain at the site of the lesion, these tumours can be present for months to years before the patient seeks medical attention [2,3]. Often located on the dermis, DPA can invade deeper structures such as muscles, tendons, or bones [4].

To our knowledge, only Mangrulkar et al. have previously discussed the imaging findings for DPA. In their case report, the MRI demonstrated a lobulated soft tissue lesion with mixed intermediate signal on T1 images and heterogeneously increased signal on T2 fat-suppressed images, without cortical involvement. In the distal aspect of the lesion, a focal area of haemorrhage or proteinaceous material was identified. Following intravenous gadolinium administration, there was a mild diffuse heterogeneous enhancement of the lesion [3]. The MRI findings aid diagnostically because they may suggest a malignant aetiology and they can clarify the extension of the lesion, as well as the involvement of adjacent structures for better surgical planning. The diagnosis of local recurrence through MRI in the early stages may be difficult because the appearance is similar to a reactive/inflammatory process after surgery [4].

Due to the rarity of these tumours, the natural progression of DPA is not well characterized and misdiagnosis may lead to the delay of prompt treatment, which along with its significant locally aggressive behaviour increases the risk of metastasis. After surgery, the local recurrence rate is 30-50%, while the prevalence of metastasis has been reported to be around 14%, particularly in lungs and lymph nodes, with the majority of patients being treated either wide local excision or amputation [1-4]. The mainstay of management of DPA is surgical intervention, either wide local excision or digital amputation. However, even with negative margins, the tumour may have already seeded nearby sources. For this reason, patients should still have scheduled follow up every year with an exam and screening chest X-rays to look for any evidence of distant disease [2]. 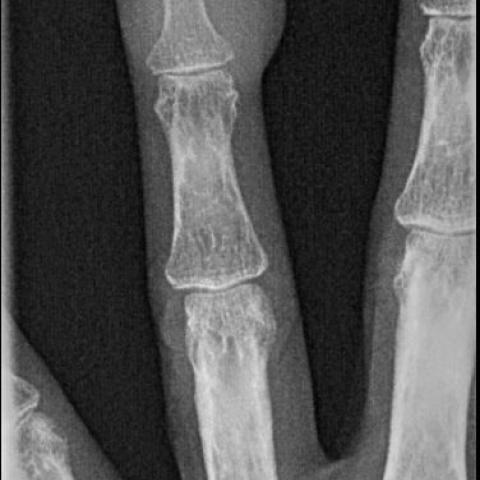 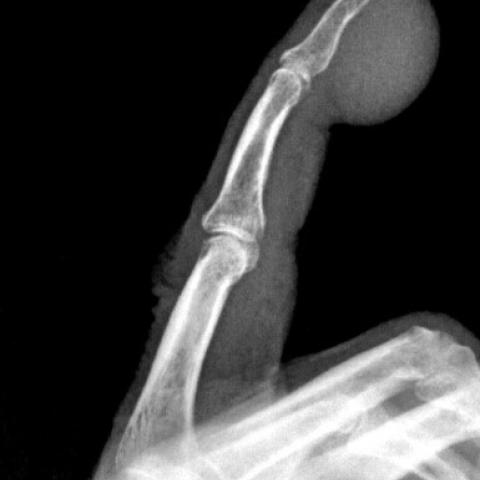 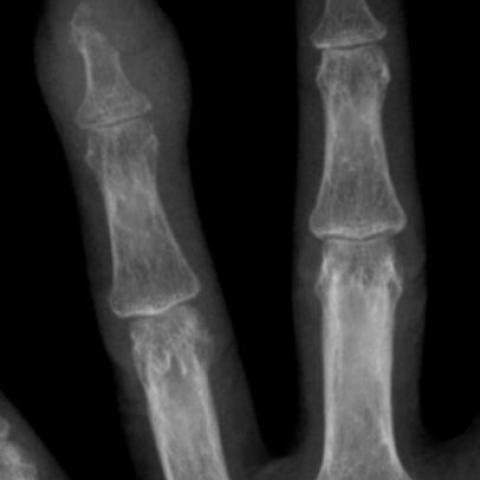 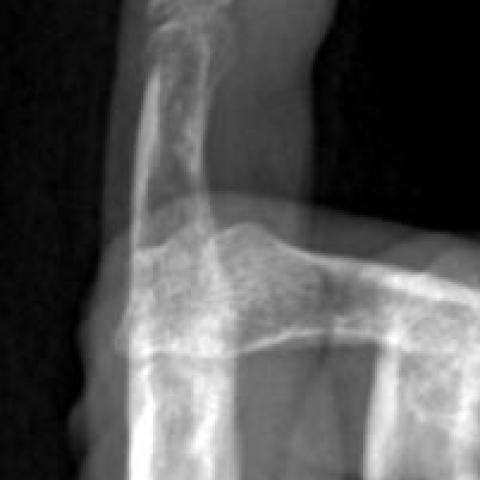 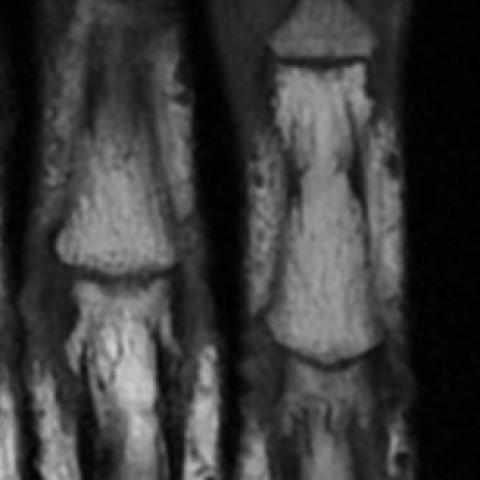 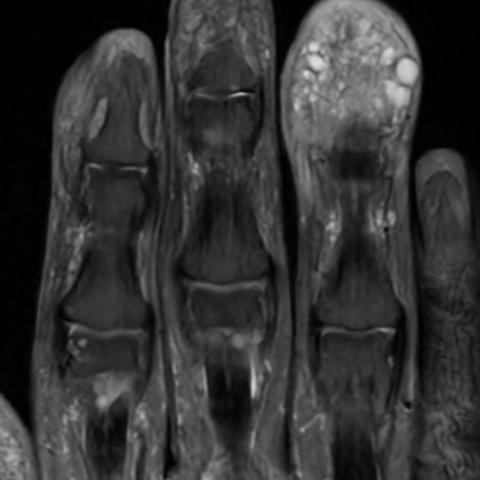 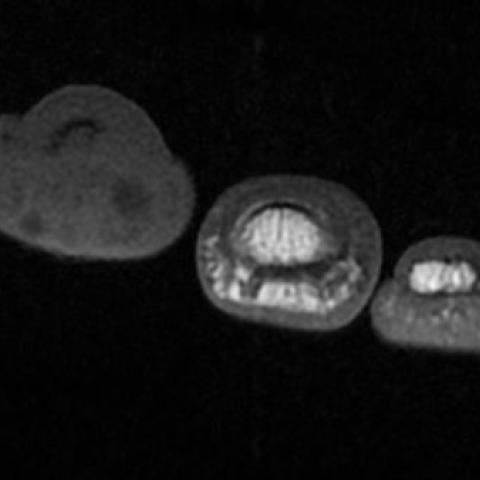 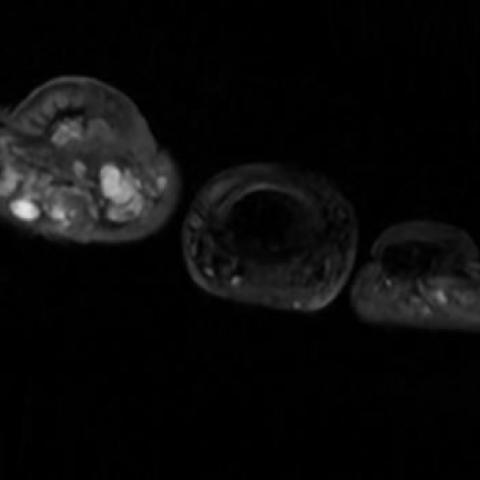 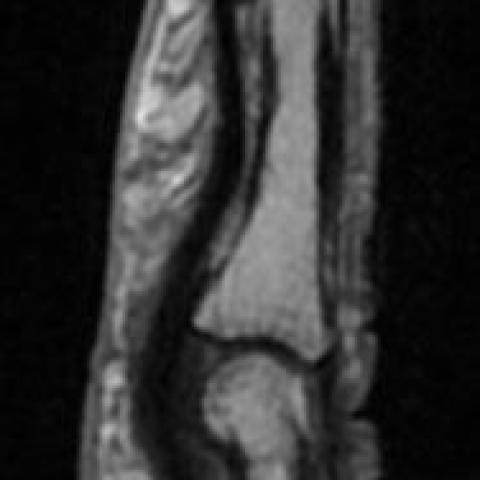 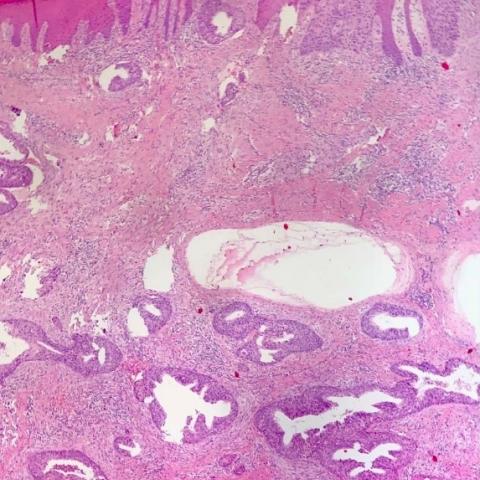 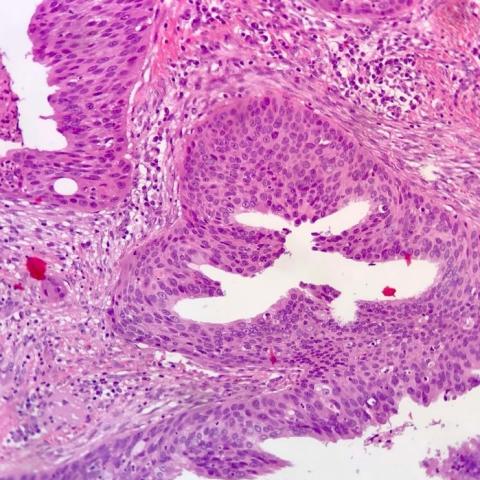 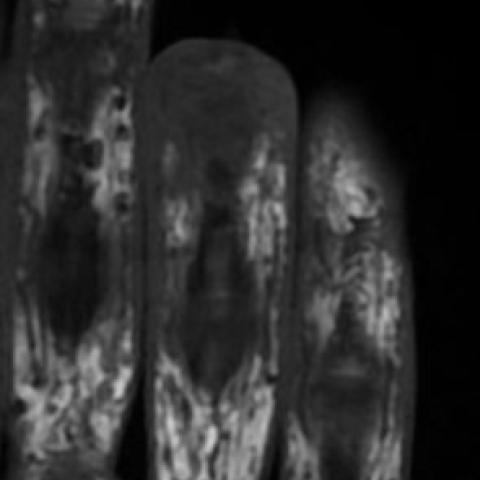 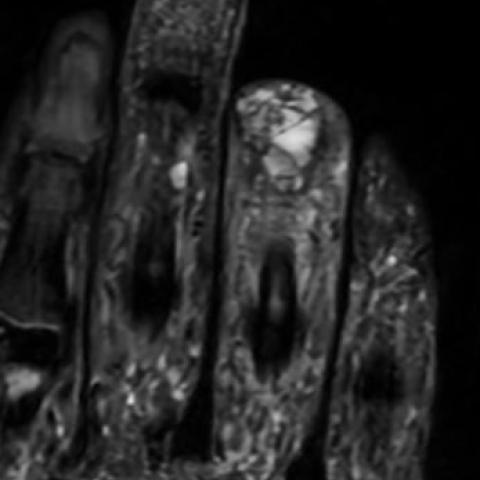 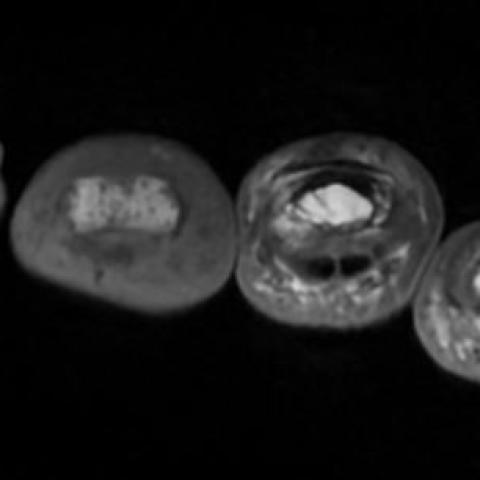 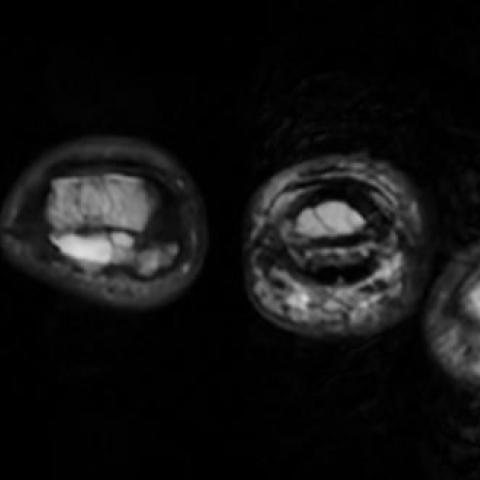 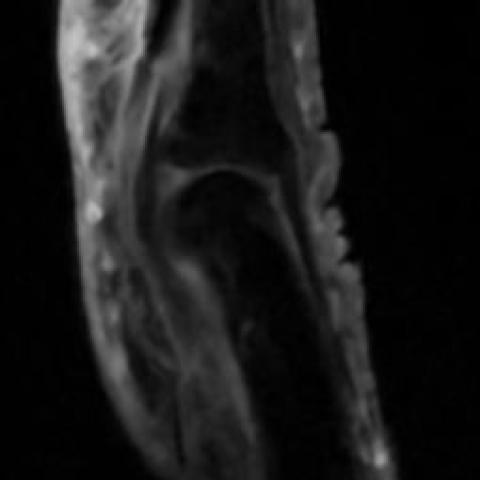 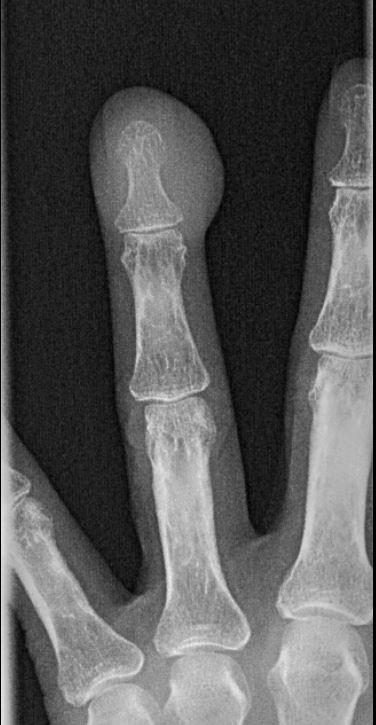 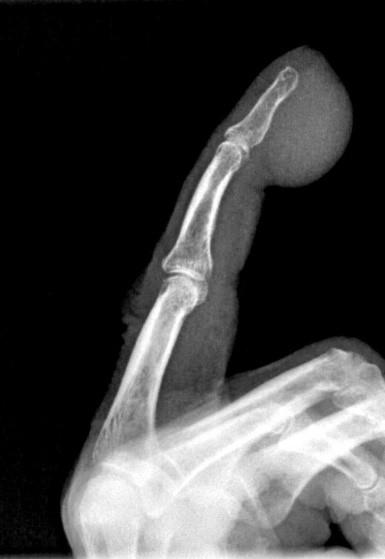 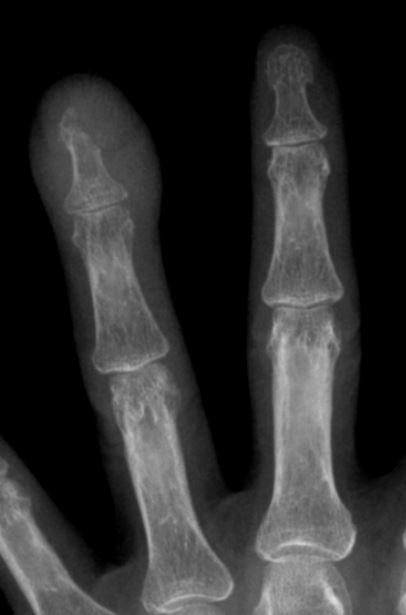 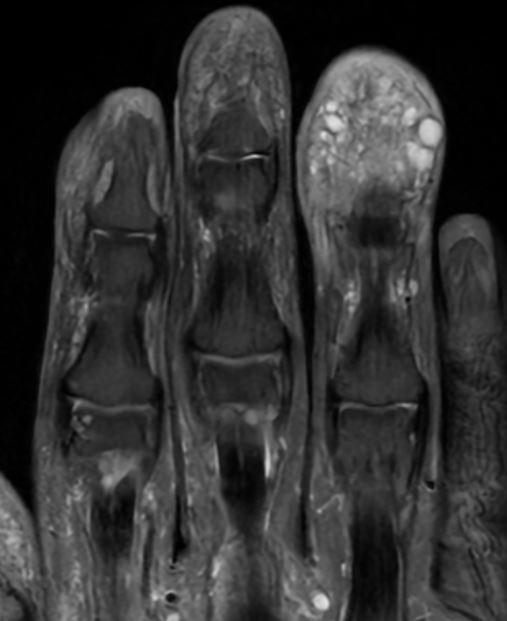 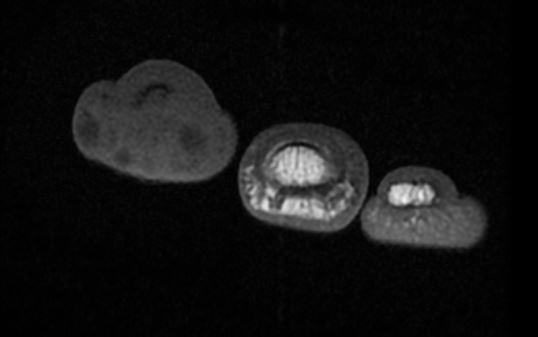 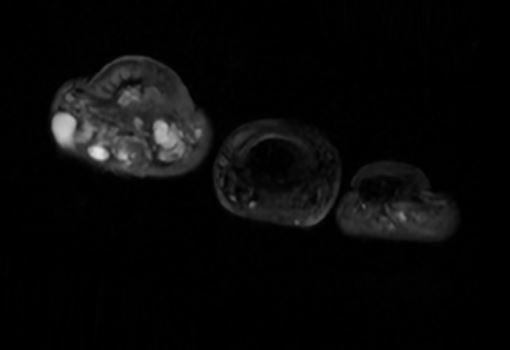 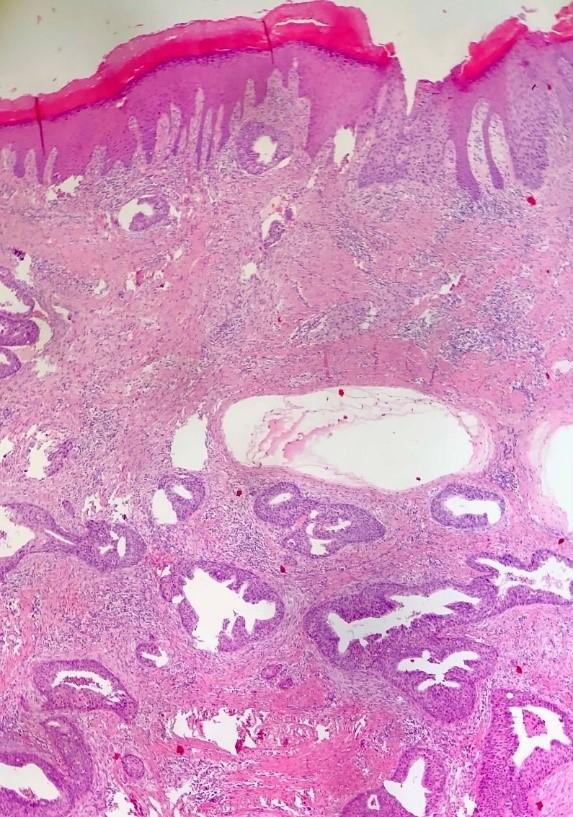 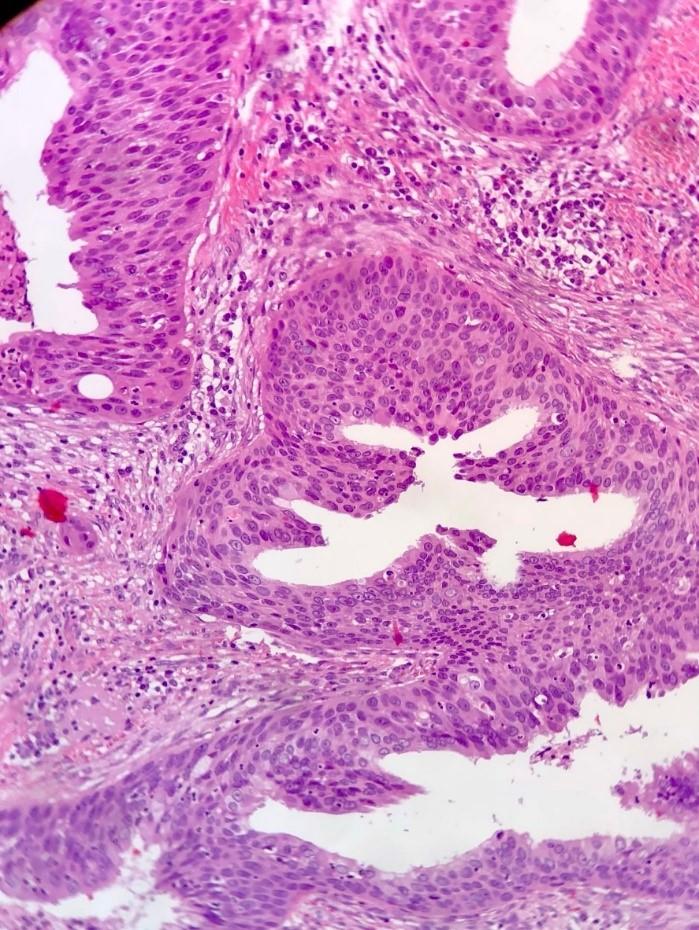 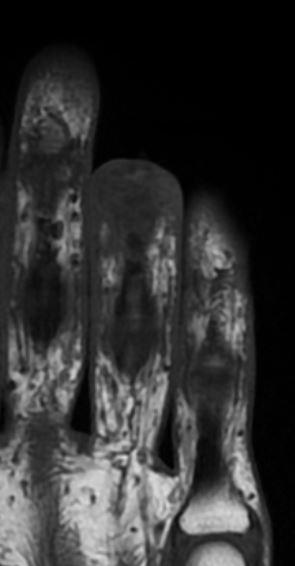 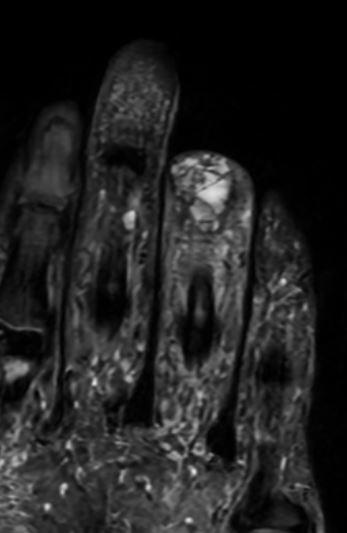 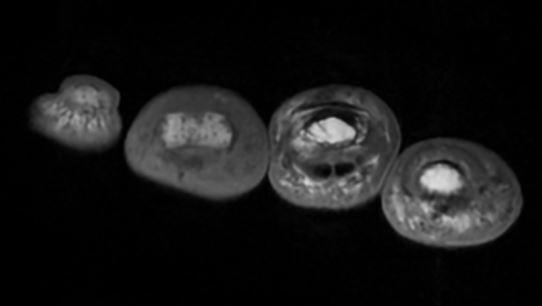 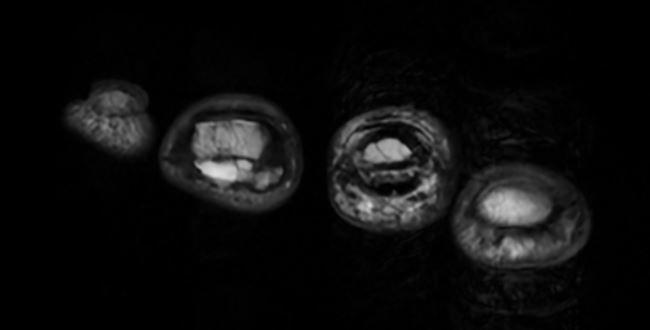