We present the case of a newborn who presented multiple melanocytic nevi on his skin (scalp, trunk, and limbs) from birth. Given these findings, a magnetic resonance imaging (MRI) of the brain and spine was performed during his first month of life.

MRI detected hyperintense foci on T1-weighted images without contrast but hypointense on T2-weighted images located in the cerebellar hemispheres, right pons, and spinal leptomeninges. These foci did not present mass effect, surrounding oedema, haemorrhage or enhancement (Fig. 1). Six months after birth, he developed hydrocephalus, so a ventriculoperitoneal shunt was placed. During the follow-up, a new MRI showed a reduction in size of the lesions (Fig. 2 a-b).

Five years later, the child was taken to the emergency department due to clinical signs of cranial hypertension (morning headache, vomiting, and gait instability). Cranial CT and MRI showed a large increase in size of a lesion located in the right cerebellar hemisphere, as it had grown from 5 mm to 5 cm, and it showed enhancement after contrast administration (Fig. 2 c-d). Later in the follow-up, our patient developed spinal dissemination and metastatic ascites with acute paraparesis and neurogenic bladder (Fig. 3). Unfortunately, the child died several months later.

Neurocutaneous melanosis is a rare, congenital, nonheritable phakomatosis, characterized by a focal or diffuse proliferation of melanin-producing cells in both the skin and the leptomeninges, which can develop benign or malignant melanocytic tumours in these organs (1-4). This disease affects approximately 1 in 20,000 to 50,000 live births (2,4). Neurocutaneous melanosis foci are present at birth, being an error in melanoblasts migration from the neural crest to the epidermal basal layer during the early embryonic stages. Therefore, these foci do not represent metastatic spread from a primary cutaneous tumour (1,2,4).

This disease usually presents with one or more melanocytic lesions at birth (1,3). The presence of these lesions in our patient led to the suspicion of neurocutaneous melanosis, which was confirmed when the first magnetic resonance imaging was performed. It has been reported that the foci of melanosis could sometimes decrease in size or disappear due to the reabsorption of melanin by macrophages, especially if they are located in the cerebellum (2,3,5), as initially occurred in our case. Patients may remain asymptomatic for several months or years, although it is common that neurological symptoms appear within the first 2 years after birth (3,5). The most frequent neurological symptoms are seizures, hydrocephalus (which is thought to result from obstruction of flow or decreased absorption of cerebrospinal fluid by the thickened leptomeninges) or clinical signs of cranial hypertension (1,3,5).

Melanosis foci are seen in MRI as hyperintense T1-weighted and hypointense T2-weighted lesions resulting from the paramagnetic properties of melanin pigment. Radiological differential diagnosis includes lipid lesions, which would be hypointense in fat suppression sequences, or methemoglobin and diamagnetic minerals, which would be hypointense in echo gradient sequences due to magnetic susceptibility (2,5). The absence of oedema, necrosis or haemorrhage suggests benign lesions (2,5). For this reason, in our patient it was initially decided to carry out radiological follow-up of the lesions.

The prognosis of symptomatic patients is poor. It is estimated that 40-62% of patients with neurocutaneous melanosis will develop leptomeningeal melanoma. Most symptomatic patients die within 3 years of initial presentation from benign melanocyte cell overgrowth or malignant transformation, even despite anticancer therapy (2,5). An enlarging mass that shows enhancement after contrast administration suggests malignancy, as occurred in our patient. The association with ascites secondary to peritoneal nodules is very infrequent but it has been described in the literature. It corresponds to tumour spread through the ventriculoperitoneal shunt catheter (6).

In case of T1-weighted hyperintense brain lesions without mass effect in a child, neurocutaneous melanosis should be suspected, and active surveillance should be performed due to the possibility of malignancy over time. 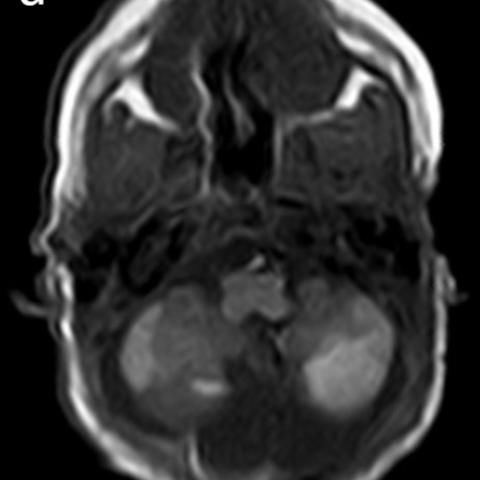 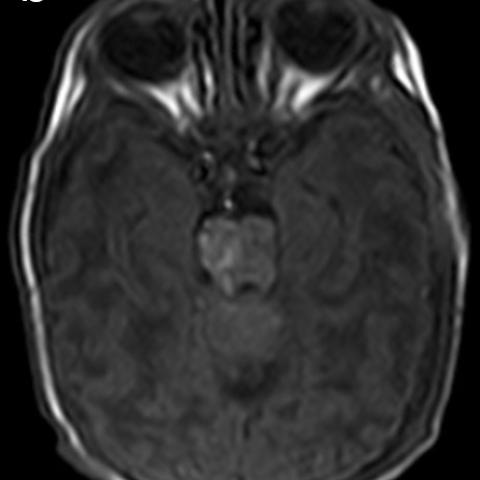 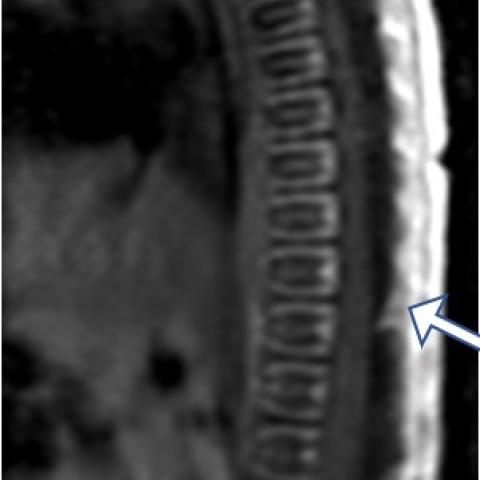 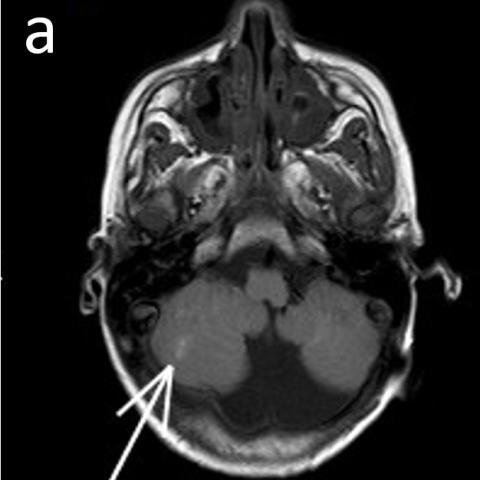 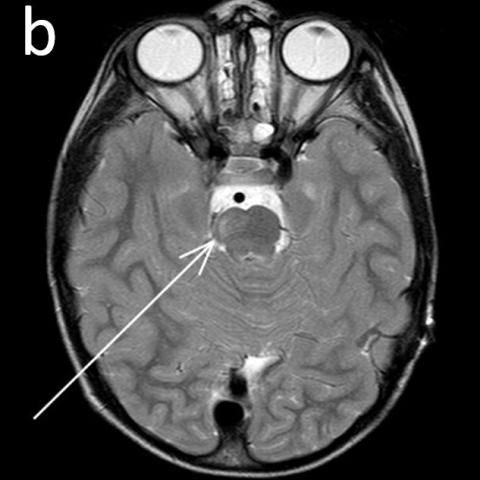 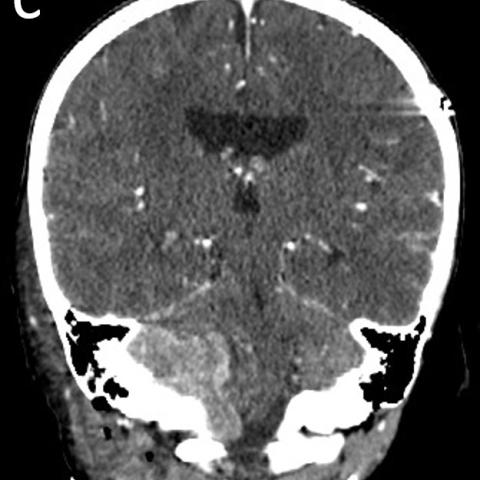 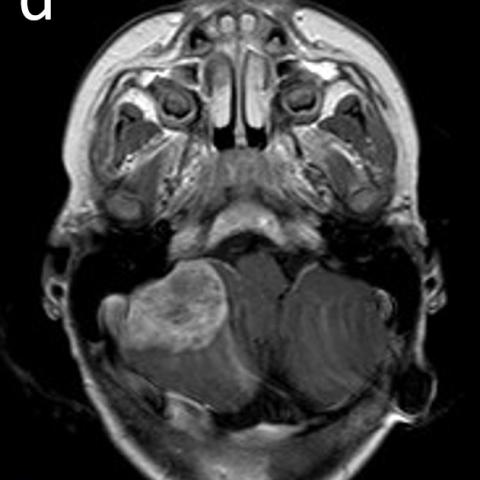 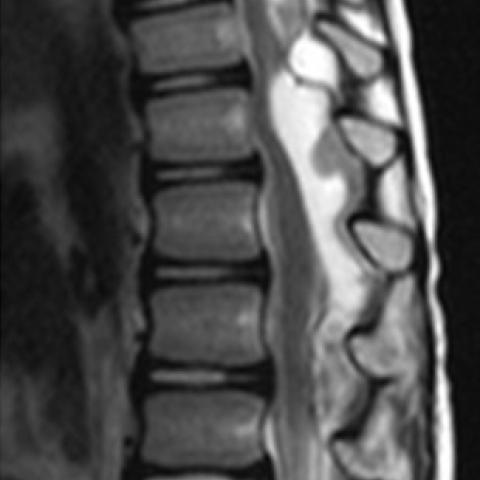 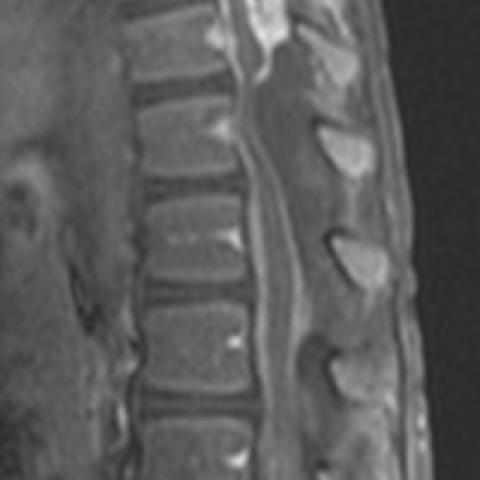 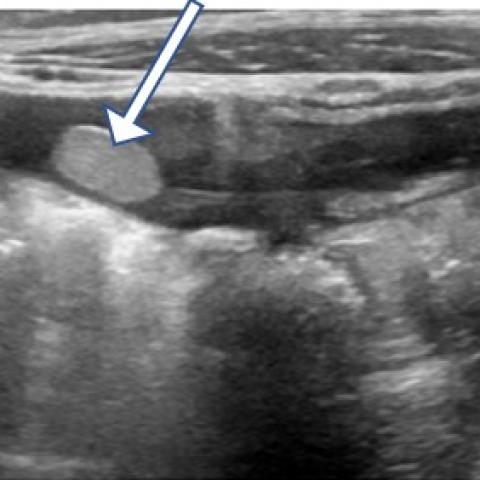 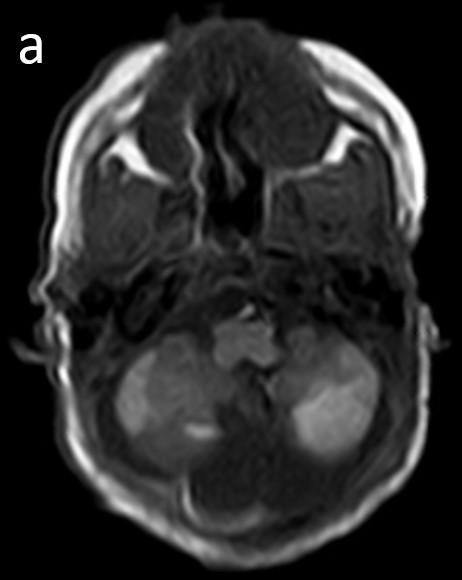 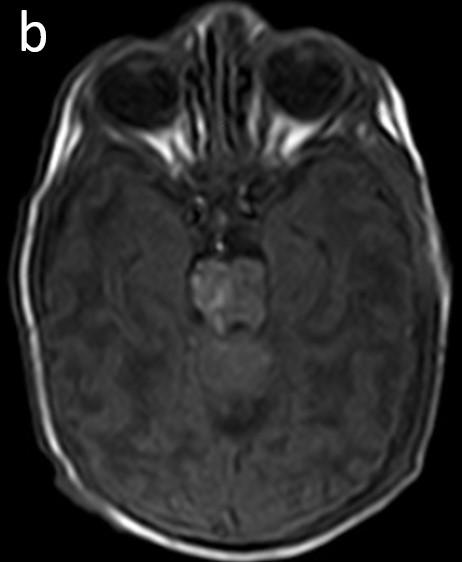 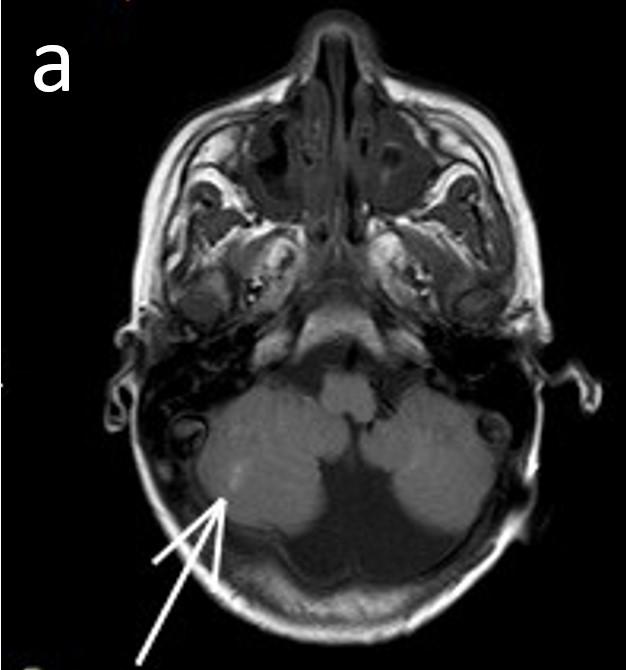 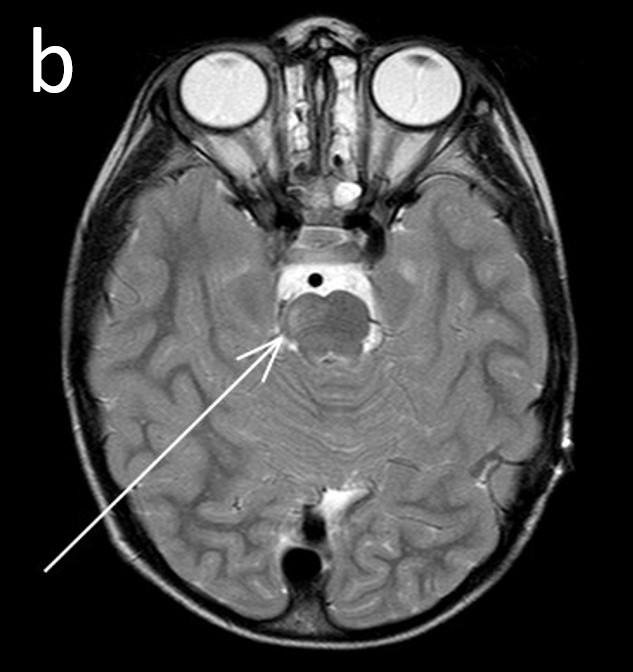 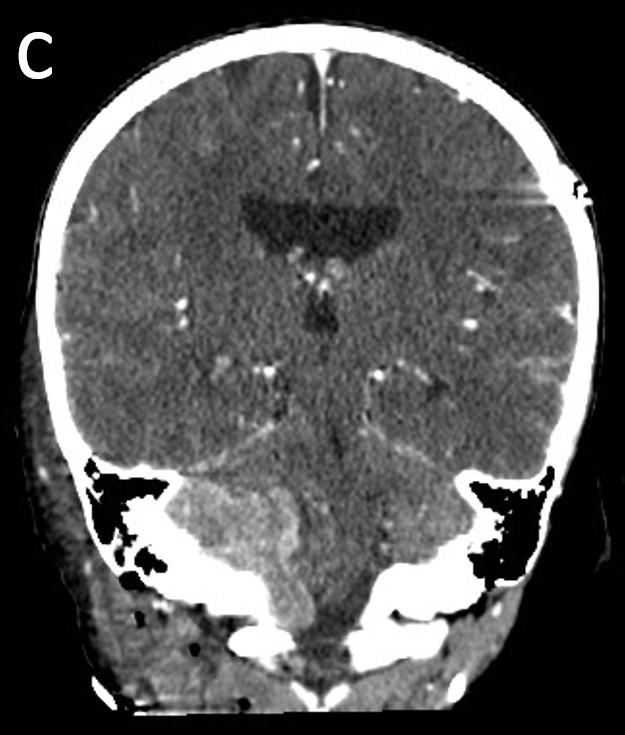 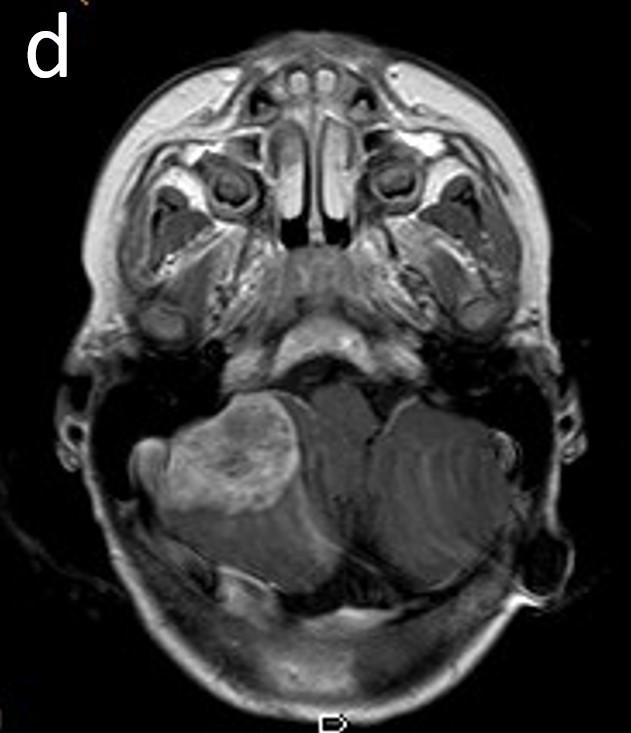 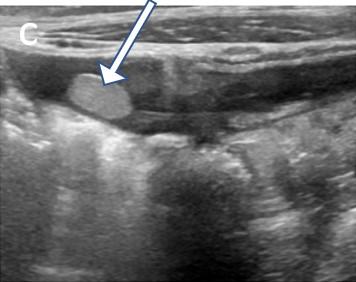