Supine AP abdominal radiograph demonstrates dilated loops of bowel in the upper and mid abdomen, with a paucity of gas in the pelvis.

Hirschsprung Disease (HD) is caused by failure of neural crest cell migration, resulting in a distal aganglionic segment of the colon, preventing relaxation. It has an incidence of 1:5000 births and typically presents in the first few weeks of life with failure to pass meconium, vomiting, and abdominal distention [1].  Less severe disease can remain undiagnosed into early childhood and be associated with a history of failure to thrive and chronic constipation. Enterocolitis can be an emergent presentation of undiagnosed HD [2].

Contrast enemas are commonly performed and can show the transition zone between normal and aganglionic bowel which occurs at the interface of proximal dilated bowel and a distal microcolon. Evidence of contrast retention on subsequent studies further supports this diagnosis [3].  The reported sensitivity is 76%, with a specificity of 97%, and a normal test is insufficent to exclude HD [4]. The ratio between the diameter of the rectum and sigmoid can be calculated. The normal value is >1, with the rectum larger than the sigmoid,and a value of <1 supports the diagnosis of short-segment HD which has a dilated sigmoid proximal to a stenotic rectum. Determing the distance to the transition zone is important to characterize HD, as there are several variants depending on the length of the colon affected with varying impacts on long-term prognosis:

• Short-segment HD: Involves the rectosigmoid region, and accounts for 80% of cases.

• Total colonic aganglionosis: Entire colon affected, and potentially some of the small intestine [5].

Diagnosis is made by rectal suction biopsy showing absence of ganglionic cells in the distal rectum, and care must be taken to collect enough samples from the correct location to determine the transition zone accurately. An adequate biopsy has a sensitivity of 97% and a specificity of 99% for HD, making it the gold standard for diagnosis. [6].

Failure to pass meconium with abdominal distension could indicate HD, and a contrast enema is useful both as therapy and to characterize the extent of HD.

I have contacted epc@eurorad.org, who said the requirement for patient consent can be waived. 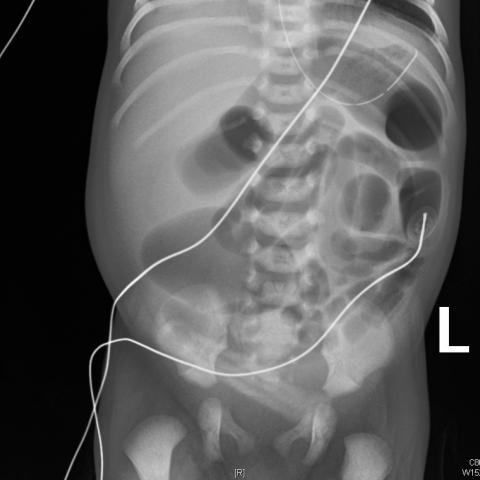 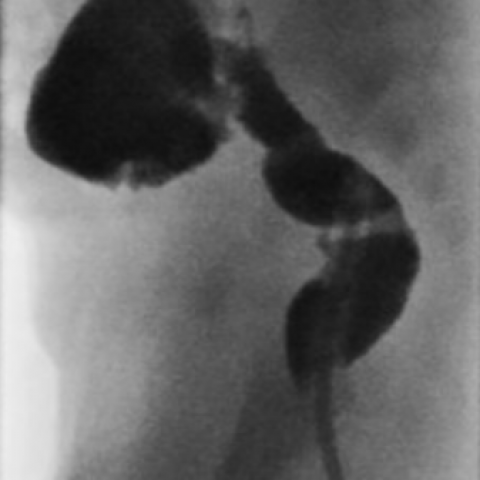 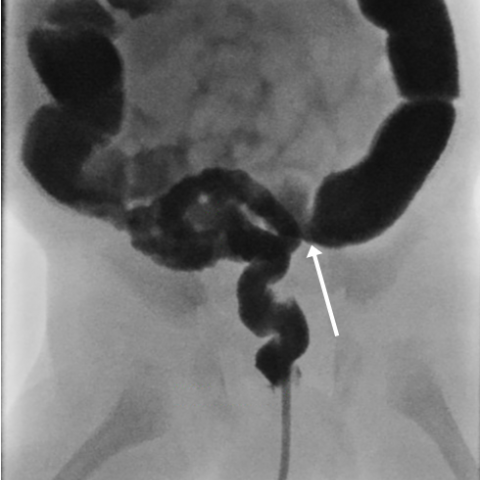 “Contrast enema”, AP fluoroscopic view reveals a transition zone in the rectosigmoid region (white arrow). The diameter of the sigmoid colon is larger than the rectal diameter. The majority of the colon is visualized with proper filling. 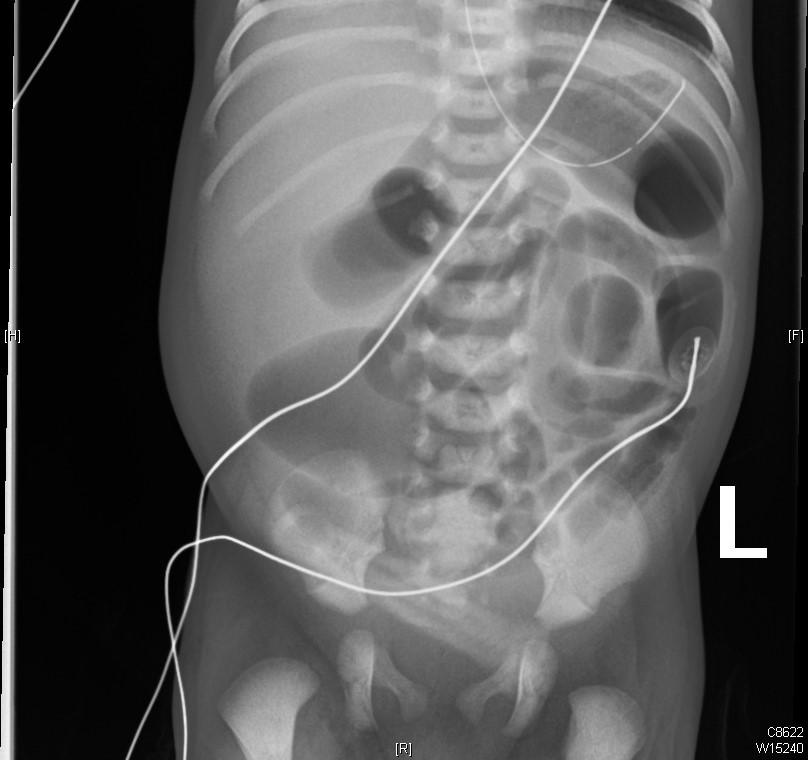 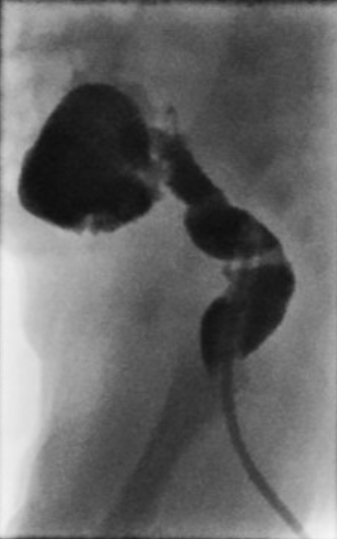 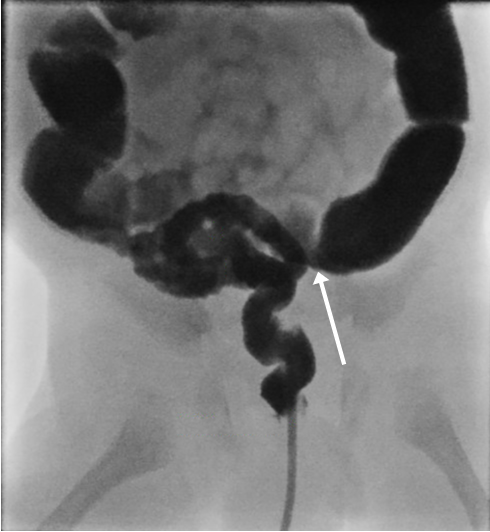 “Contrast enema”, AP fluoroscopic view reveals a transition zone in the rectosigmoid region (white arrow). The diameter of the sigmoid colon is larger than the rectal diameter. The majority of the colon is visualized with proper filling.
© Department of Radiology, McMaster University Medical Center, McMaster University Medical School, Canada, 2015.