Unusual duodenal configuration in a newborn male: a case of duodenum inversum

A newborn male was transferred to our institution after presenting with bilious vomits on the third day of life. He was born via caesarean section to a mother who had an unremarkable antenatal course. He had already passed meconium and an unremarkable abdominal x-ray externally.

Upper gastrointestinal (UGI) study was performed, which showed an unusual course of the third (D3) segment of the duodenum. This D3 segment had a vertical course going superiorly at the right of the spine before crossing the midline. The DJ flexure was normally sited in the left upper abdomen at the transpyloric level (Figure 1). A targeted ultrasound was performed assess the configuration of the superior mesenteric artery and vein, which was normal (Figure 2).

Duodenum inversum is a rare condition wherein the course of the duodenum is atypical. A recent review reported only 17 published cases of duodenum inversum since 1950 [1]. It must be noted that this terminology is not to be used in patients with the left-sided duodenum in situs inversus. The cause of this configuration is unknown but postulated to be due to the mobility of the duodenum with a retained dorsal mesentery [2].

In this newborn, the DJ flexure was normally sited in the left upper abdomen on the UGI series, and there was note of a normal orientation of the superior mesenteric artery/vein axis on ultrasound. However, the course of the duodenum was unusual, with an ascending third duodenal segment before crossing the midline. This was diagnosed as a case of duodenum inversum, which by definition is not a case of malrotation. This rare duodenal configuration can be a source of confusion and be difficult to diagnose, leading to false positive results for malrotation and volvulus, and most likely to unnecessary exploratory surgery. A potential mimic is the presence of a redundant duodenum, wherein there is alteration in the duodenal configuration due to an elongated portion, forming an extra loop [3] and with the DJ flexure normally sited.

Although there is no reported risk of malrotation or increased risk of significant morbidity or mortality, there have been rare case reports of patients presenting with symptoms referrable to proximal bowel obstruction [4]. Medical management remains the mainstay of treatment for cases without associated obstruction, which includes acid-reducing therapy and antispasmodics. Surgery is indicated for those presenting with malrotation or obstruction [1].

The newborn, in this case, had a short stay in the hospital for observation under the paediatric surgical team. The family was informed of the findings of duodenum inversum and that it is a normal variant. They were advised to urgently present to the emergency department if there were further episodes of bilious vomiting. 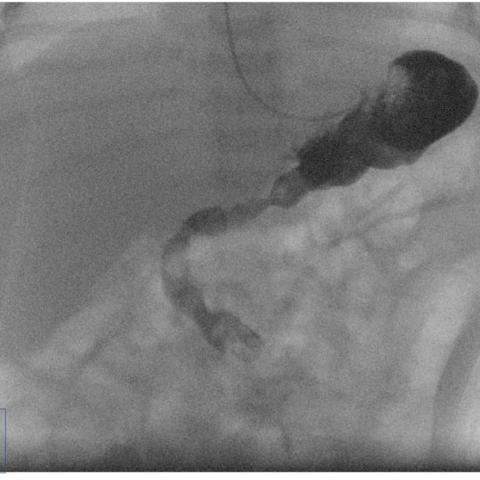 Normal caudal course of the second portion of the duodenum. 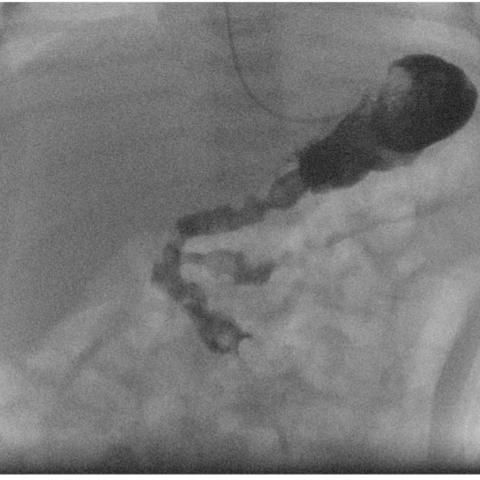 Contrast moves to the third portion of the duodenum, which is vertically oriented and courses cranially, before becoming the horizontally oriented fourth duodenal segment, which appears lengthier than usual. 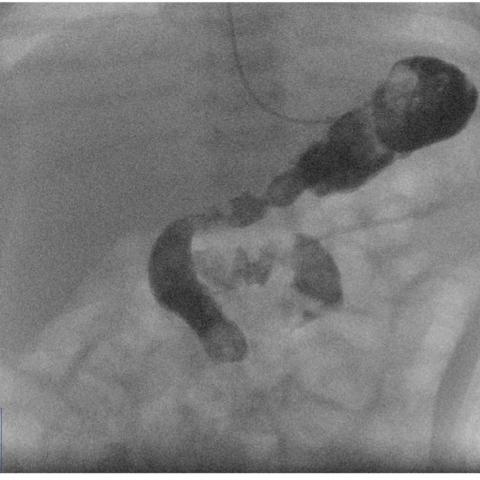 Duodenojejunal flexure is seen in normal position in the left paravertebral region, at the transpyloric plane. 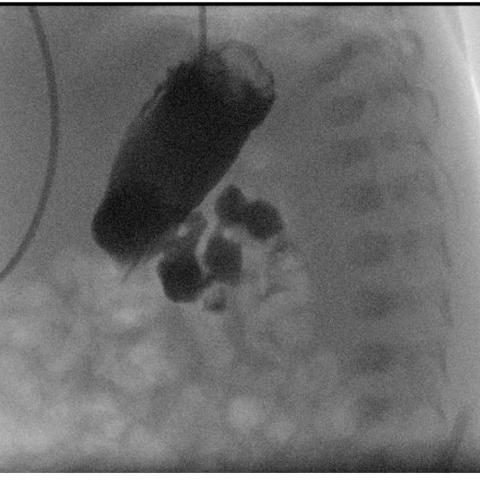 Posterior position of the duodenum presumed to be retroperitoneal.
Figure 2 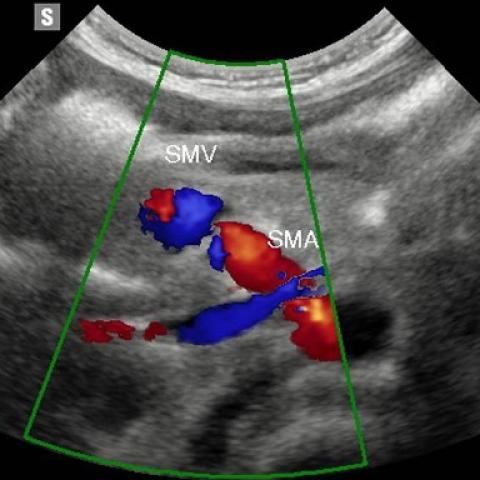 Transverse colour Doppler image showing the normal orientation of the superior mesenteric artery and vein. The vein is seen anterior and to the right of the artery. 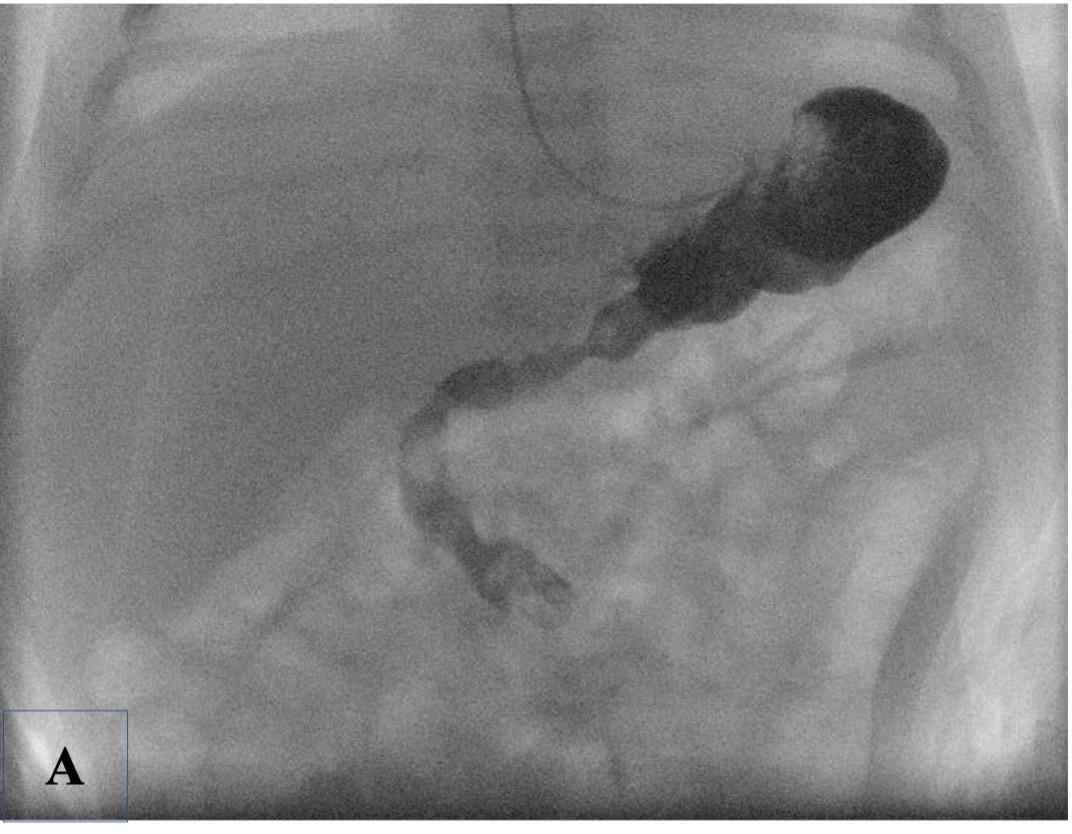 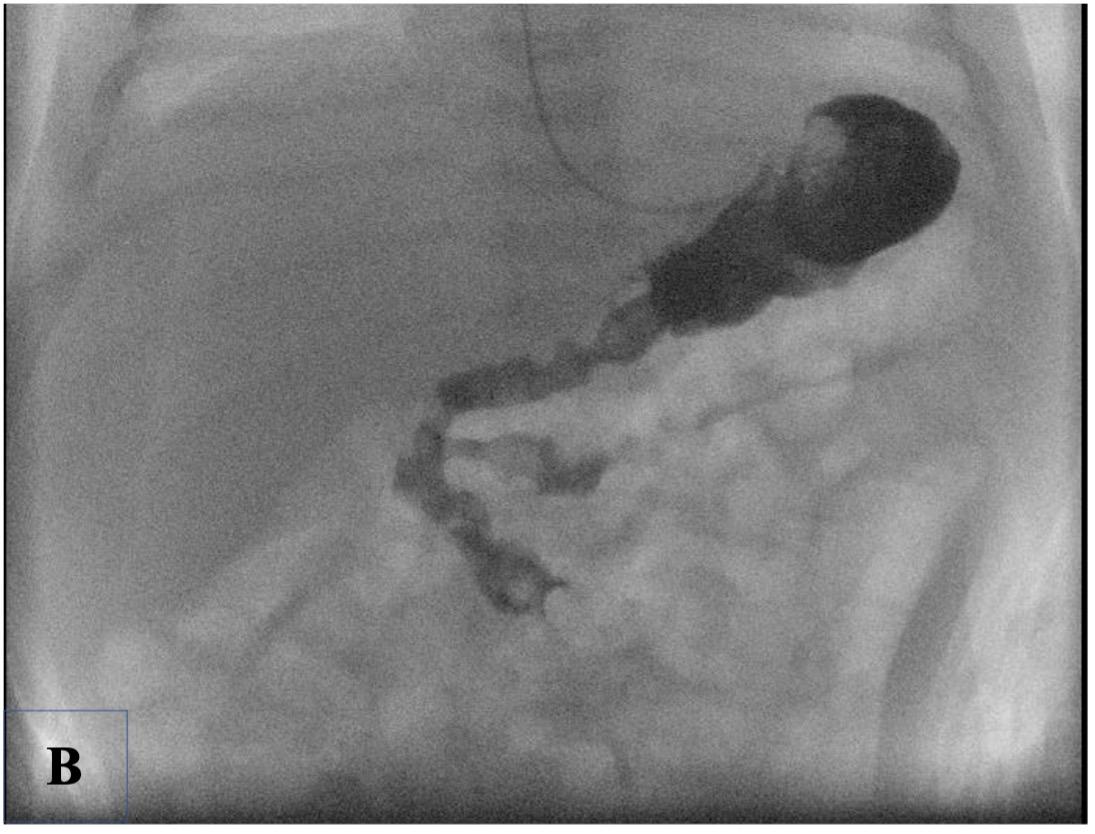 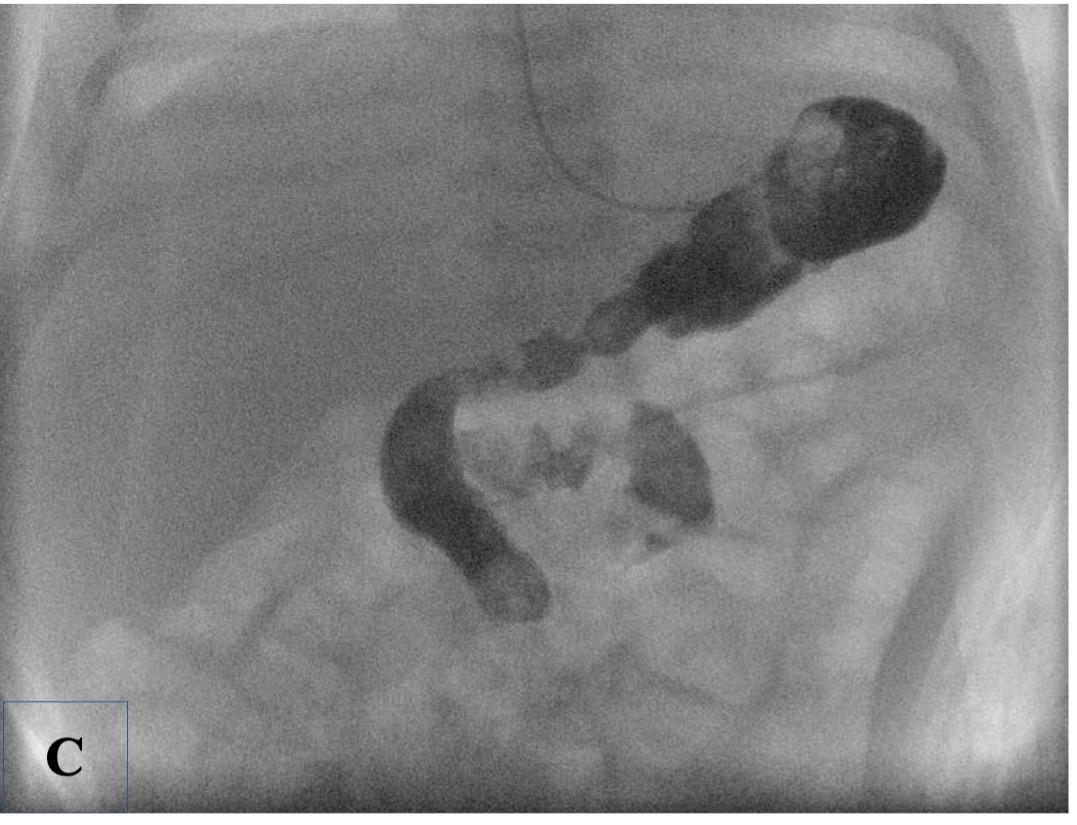 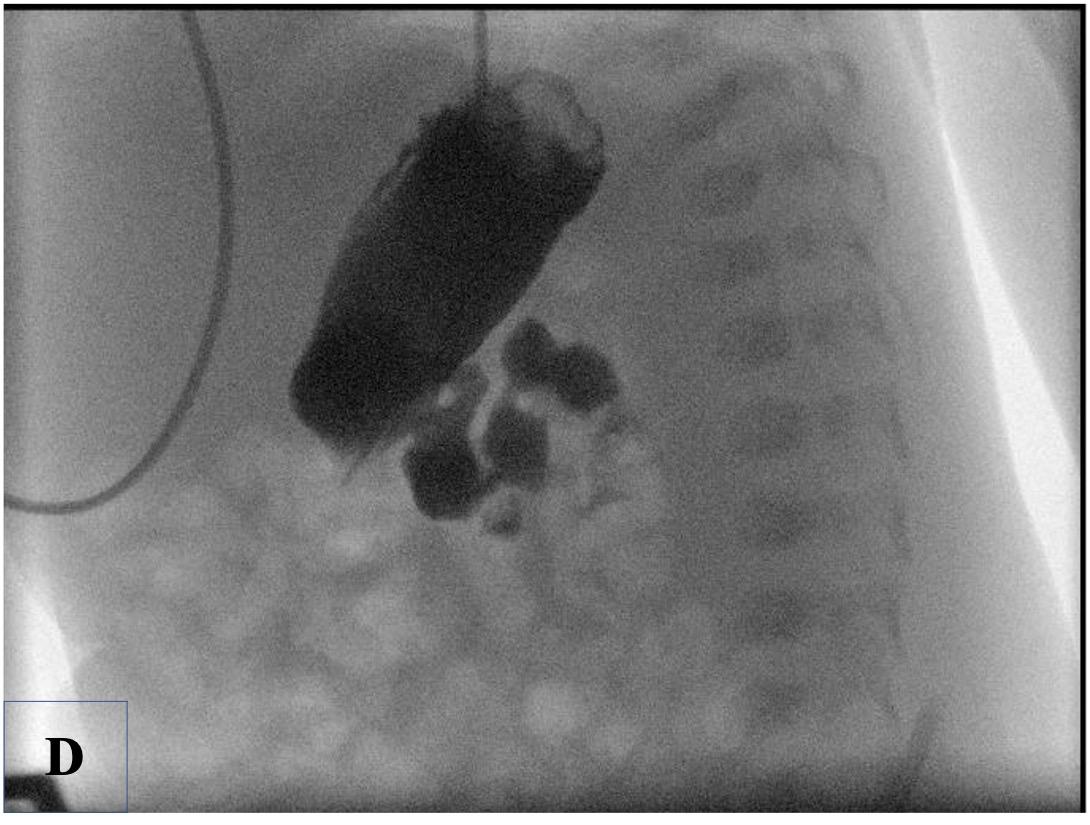 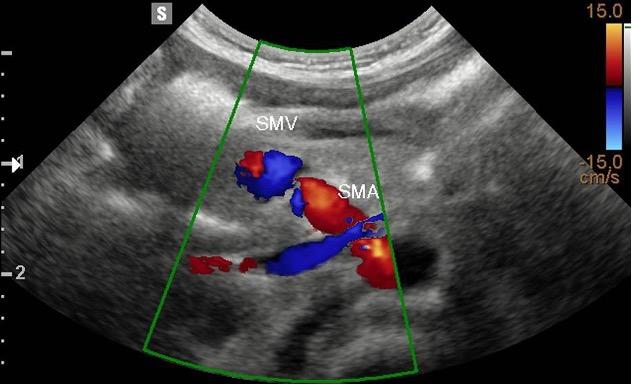 Transverse colour Doppler image showing the normal orientation of the superior mesenteric artery and vein. The vein is seen anterior and to the right of the artery.
© Monash Imaging, Monash Children’s Hospital and Monash Medical Centre, Melbourne, Victoria, Australia, 2020