A 3-year-old boy was brought to the hospital with polyuria, polydipsia and nocturia for the past six months. There was history of bilateral ear discharge with occasional fever spikes for the past five months. He had no other significant complaints. On examination and further laboratory investigations, central cause of diabetes insipidus was suspected.

On MR, The normal T1 bright spot of posterior pituitary was not visualised. The pituitary stalk was thickened upto 3.8mm in AP dimension.

There were multiple marginated geographic calvarial lytic lesions involving both inner and outer table in the left parietal bone, right frontal bone, squamous and petrous part of the right temporal bone and mastoid part of both the temporal bones. There were lytic lesions with soft tissue component in the skull base involving the basisphenoid, basiocciput involving bilateral pterygoid plates. These soft tissue lesions were isointense on T1/T2 sequences and showed inhomogeneous post-contrast enhancement.

On lateral skull radiograph, multiple geographic well defined lytic lesions with a narrow zone of transition were noted in the calvarium with classical bevelled edges.

The skull lesion was subsequently biopsied and the tissue was positive for S100 protein, CD1a and langerin (CD207) antigens.

Langerhans cell histiocytosis (LCH) is a sporadic neoplastic disorder of myeloid origin that occurs most commonly in the paediatric population. The diagnosis of LCH is confirmed by immunohistochemistry (IHC) by demonstrating the presence of dendritic cell markers such as S100 protein, in addition to CD1a and langerin.[1]

LCH has been described previously as three separate syndromes of varying clinical severity; Eosinophilic granuloma is characterised by one or more bone lytic lesions. Hand–Schuller– Christian disease is a triad of bone lesions, exophthalmos, and polyuria, while Letterer–Siwe disease is a fulminant clinical syndrome, including hepatosplenomegaly, lymphadenopathy, bone lesions, skin rash, and pancytopenia.[2]

As often is the case, the clinical symptoms are non-specific, ranging from isolated skin or bone lesions to a disseminated disease that can involve nearly any organ and hence characteristic imaging findings help direct the clinician toward the diagnosis of LCH.

The most frequent morphologic change in hypothalamic-pituitary region in cases of LCH is thickening (greater than 3 mm) with enhancement of the pituitary stalk, accompanied by lack of the normal T1WI shortening/bright spot in the posterior pituitary. Threadlike narrowing of the infundibulum can be seen.

Characteristic radiographic findings in bone involvement include lytic lesions with classical “bevelled” edges in the craniofacial bone and skull base with or without soft tissue. It is most commonly seen in the temporal bone, orbit, cranial vault and extra orbital facial bones.

Dural-based masses (epidural or subdural) with heterogenous contrast enhancement can be seen, which represent active disease or fibroxanthomatous changes.[3]

Further evaluation in the form of chest radiograph, abdominal ultrasound and skeletal radiograph survey is necessary to rule out systemic involvement and device treatment plan.

LCH is currently classified into single system disease (SS-LCH) and multisystem disease (MS-LCH). Single unifocal bone involvement is usually treated with complete excision, if small. For Multisystemic LCH, the standard treatment is based on steroids and vinblastine for at least one year.  [4]

LCH is an important differential to consider in children with central diabetes insipidus.

Pituitary stalk thickening and absence of normal T1WI shortening/bright spot in the posterior pituitary should strongly raise the suspicion of LCH. 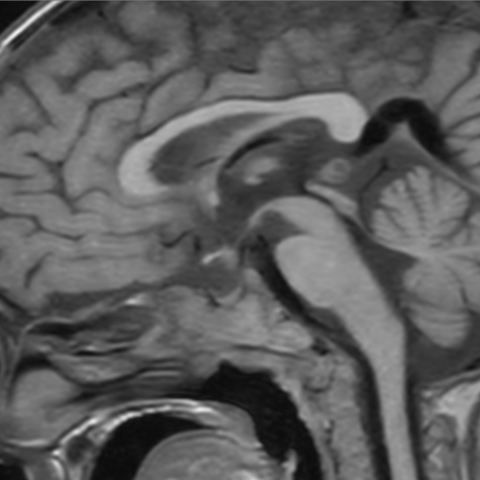 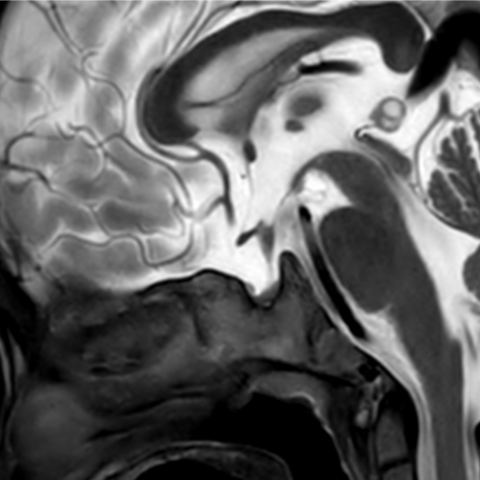 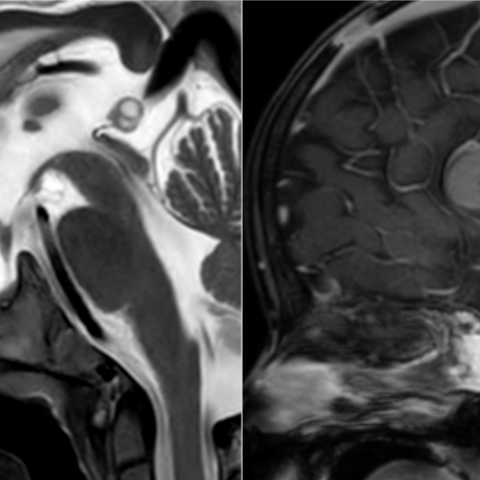 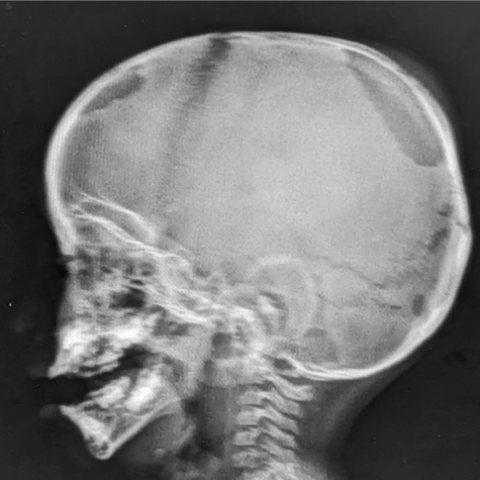 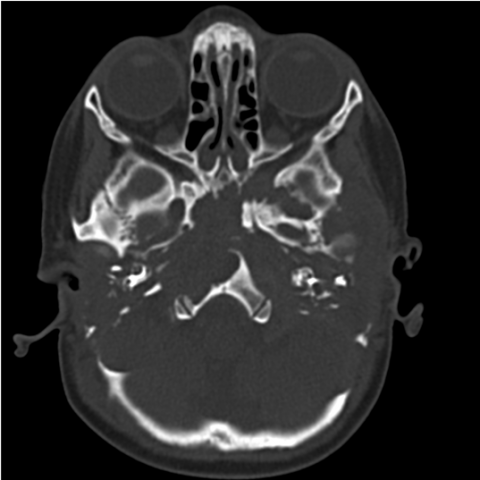 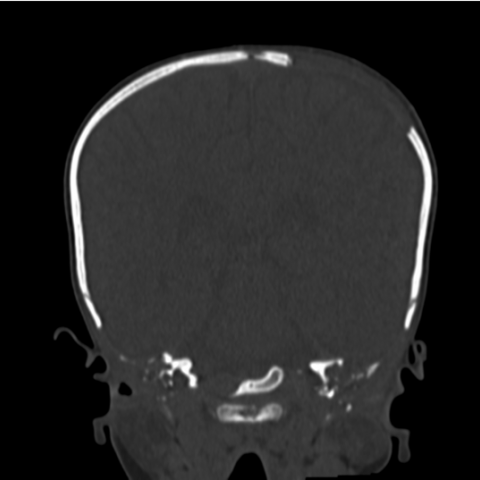 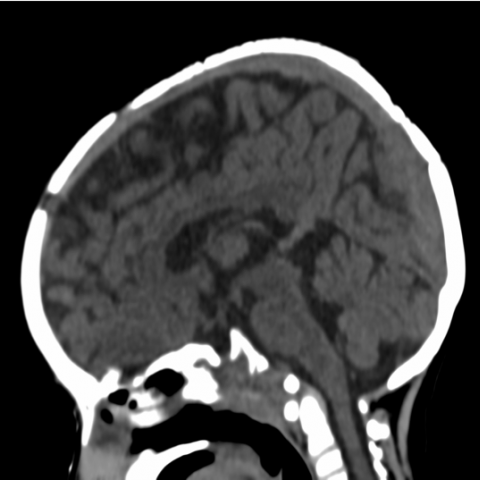 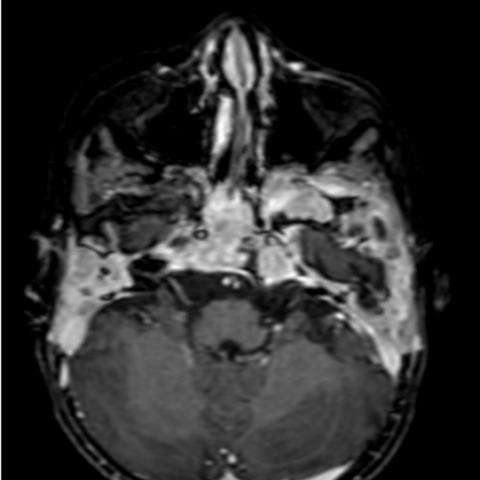 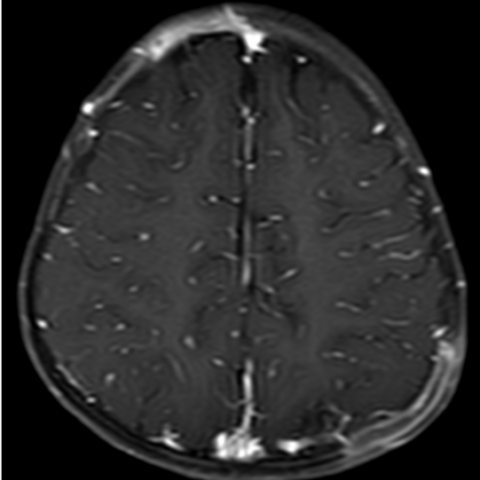 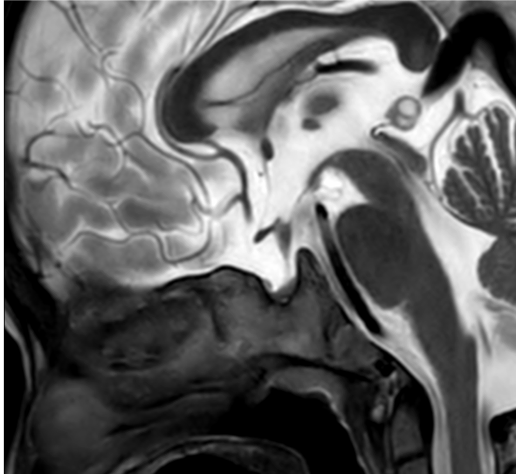 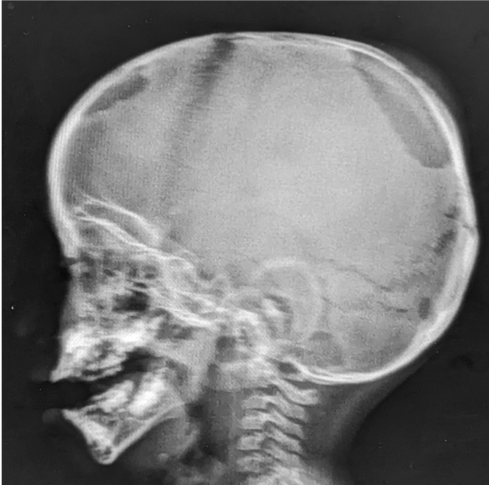 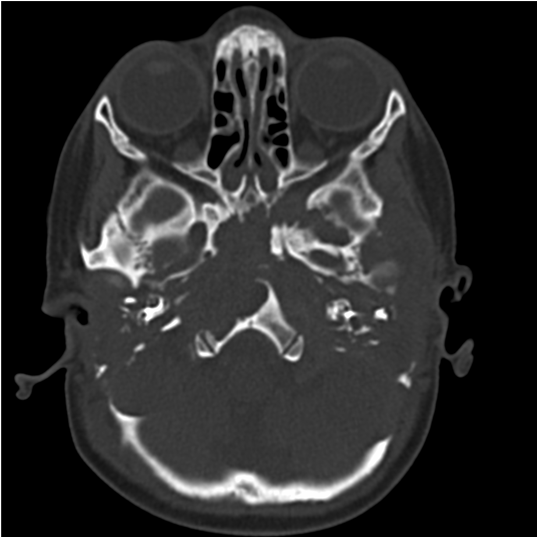 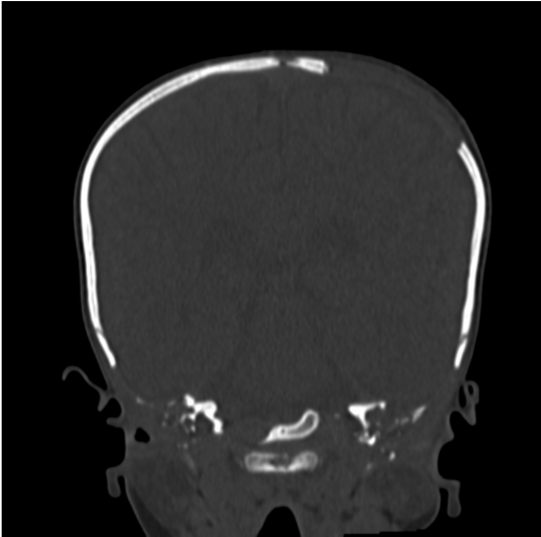 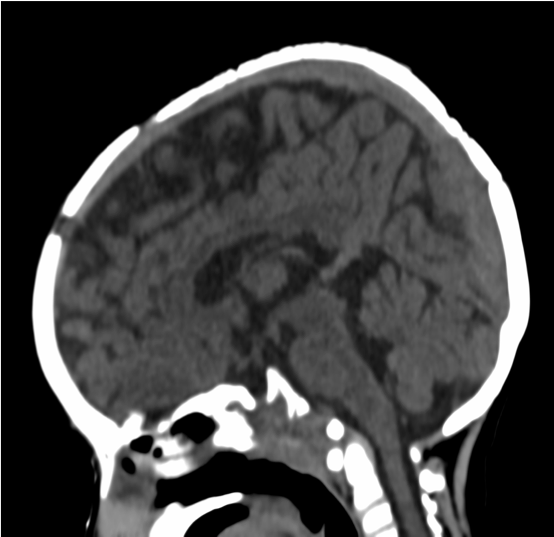 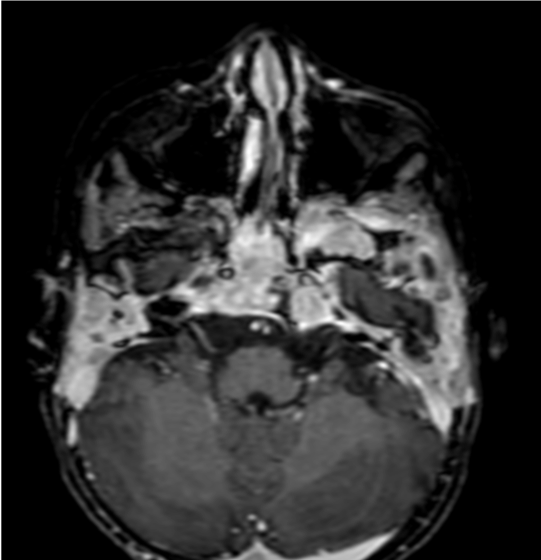 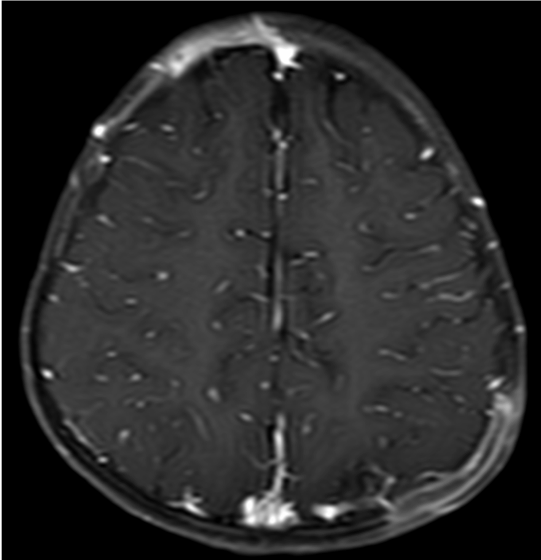