A 75 year old woman presented with a firm mass in the left axilla with no changes in the overlying skin. 11 years previously she had a mastectomy and implant reconstruction for extensive (>100mm) low-grade ductal carcinoma in situ (DCIS).

Ultrasound of the palpable abnormality in the axilla shows a complicated cyst, round in shape, circumscribed margins, complex component and posterior enhancement (BIRADS 4),  10 ml of green fluid was aspirated and sent for culture (including tuberculosis) and cytological analysis.  The cyst reduced in size after the drainage. Antibiotics were prescribed. Cytology was equivocal with extensive necrosis and occasional cytokeratin-positive degenerate cells. There was no growth on culture.

Nine days later ultrasound of the left axilla showed the cyst had refilled and the appearance was similar to that previously. Blood-stained fluid was aspirated and an ultrasound core biopsy was performed. The cytology and core biopsy were both suspicious of malignancy. There was no growth on culture.

Excision biopsy showed two lymph nodes with metastatic mammary carcinoma of no special type grade 2 with extensive necrosis. GATA3 and oestrogen receptor were positive consistent with mammary origin. Axillary nodal recurrence after a diagnosis of DCIS is rare [1, 2]. In the present case it is likely that there was undetected invasion in the mastectomy. It is important to consider the possibility of nodal metastasis in axillary masses after surgery for DCIS. Invasive recurrences after surgery for DCIS are usually local after breast-conserving surgery, whereas after mastectomy they are usually regional or distant [3].

An unusual feature of this case is the appearance as a complicated cystic lesion within the axilla. Complicated cysts have internal echogenic content on ultrasound. The cause of internal echoes includes debris, protein, cholesterol, blood, white blood cells and epithelial cells [4,5].  The majority of complex masses also show posterior acoustic enhancement due to the cystic component.  Berg et al.  [6] found only 12% of complicated cysts actually seem to be solid lesions, with a malignancy rate of 0.42% and a total risk of < 2% [4].   Differential diagnosis includes breast abscess (usually symptomatic), old haematoma (importance of the clinical context), fat necrosis (usually connected to the scar or the skin) and malignancy.

Within the axilla, a complicated cyst could represent a necrotic lymph node.  Neoplastic conditions, especially lymphoma and metastatic carcinoma or melanoma, must be excluded. Numerous benign conditions also cause necrosis in lymph nodes as viral, bacterial and mycobacterial lymphadenitis. [7].

This case highlights the importance of reviewing patients with suspected breast abscess to assess resolution, as imaging alone cannot differentiate this from malignant disease.  A necrotic lymph node might mimic cold infection. Cold infection is a rare entity,  it is an abscess that lacks the intense inflammation usually associated with infection (the trio of fever, pain and local hyperemia). This may be due to bacteria like tuberculosis and fungi.

As imaging alone is often unable to categorically distinguish infection and necrotic/cystic malignancy it is fundamental to interpret imaging findings with knowledge of the patient’s history and ensure resolution. Cytological/histological analysis should be considered in cases of persistence or if imaging and histology findings are discordant. In this case, previous history of breast cancer, lack of resolution of the palpable cystic mass and blood-stained aspirate prompted cytological and histological analysis and then excisional biopsy as recommended by the pathologist. 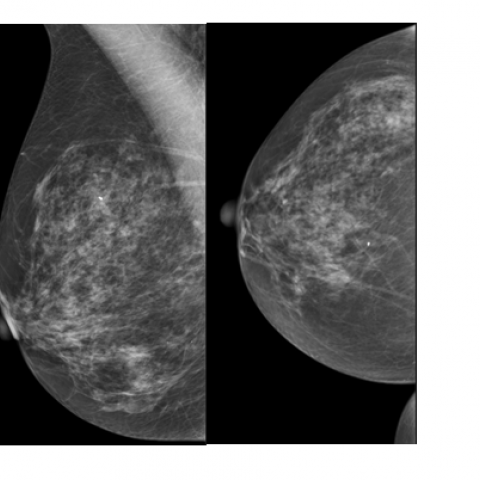 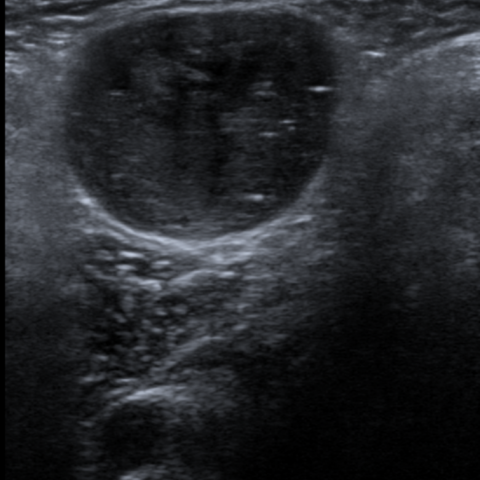 Ultrasound of the area of patient concern in the left axilla shows an area round in shape with circumbscribed margins, complex component and posterior enhancement (BIRADS 4).
Figure 3 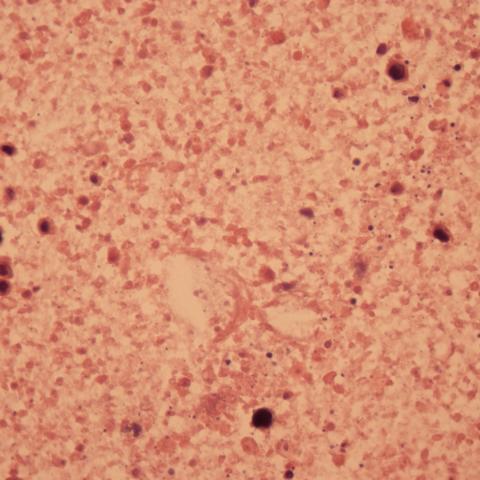 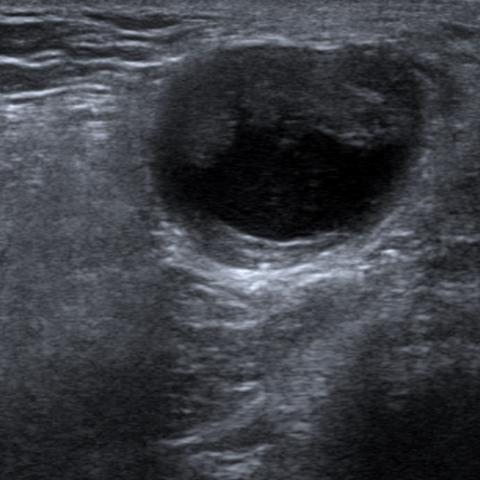 Nine days later ultrasound of the left axilla was repeated and the cystic lesion had refilled. The area appears oval in shape, with circumbscribed margins, complex component and posterior enhancement (BIRADS 4)
Figure 5 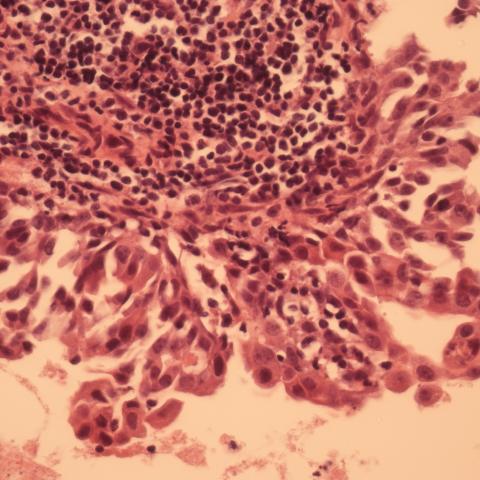 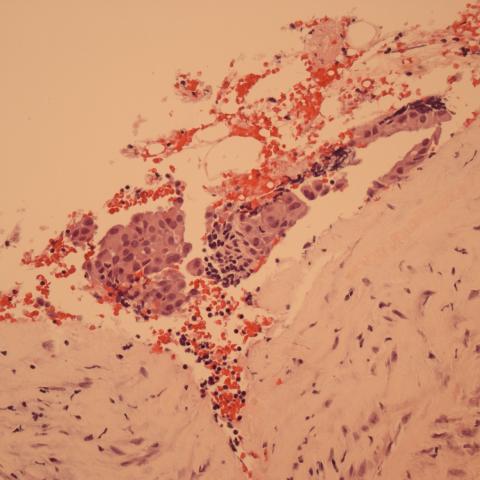 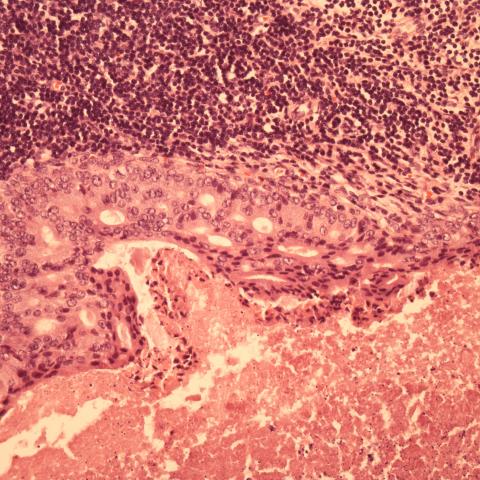 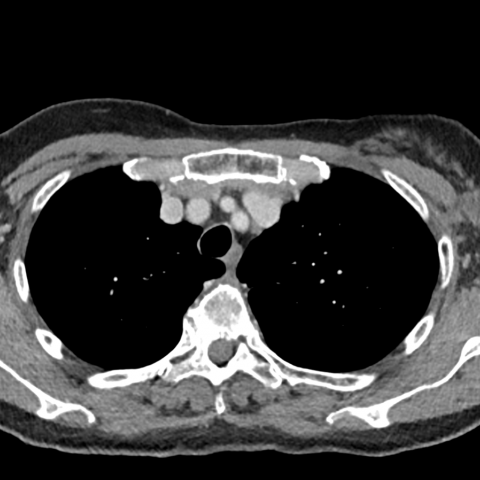 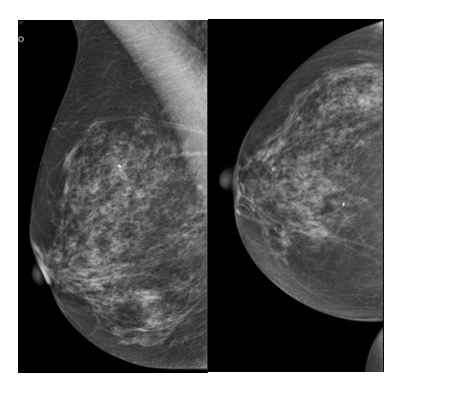 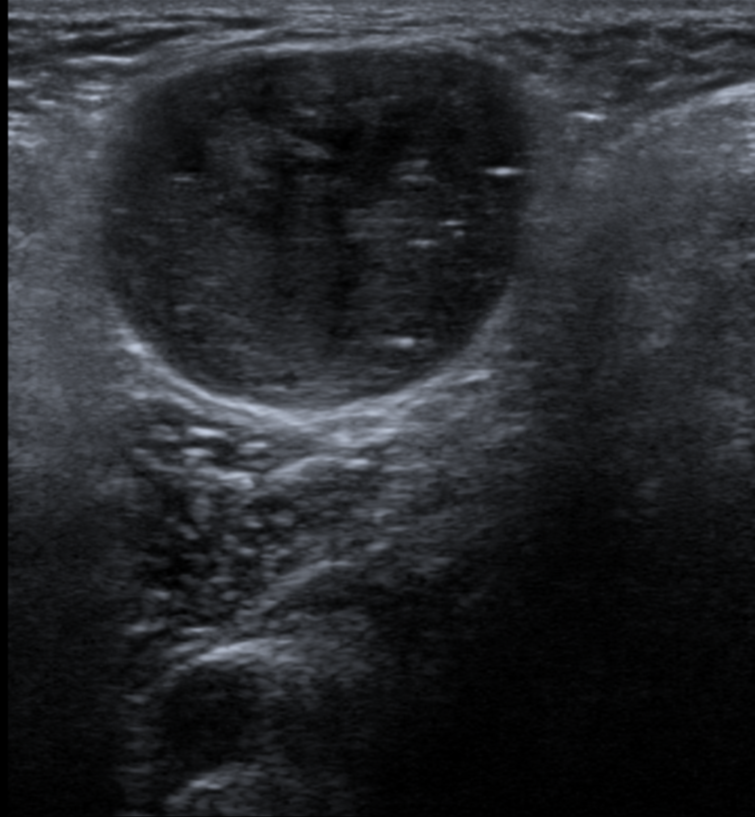 Ultrasound of the area of patient concern in the left axilla shows an area round in shape with circumbscribed margins, complex component and posterior enhancement (BIRADS 4).
Nottingham Breast Institute Nottingham University NHS Trust, 2021 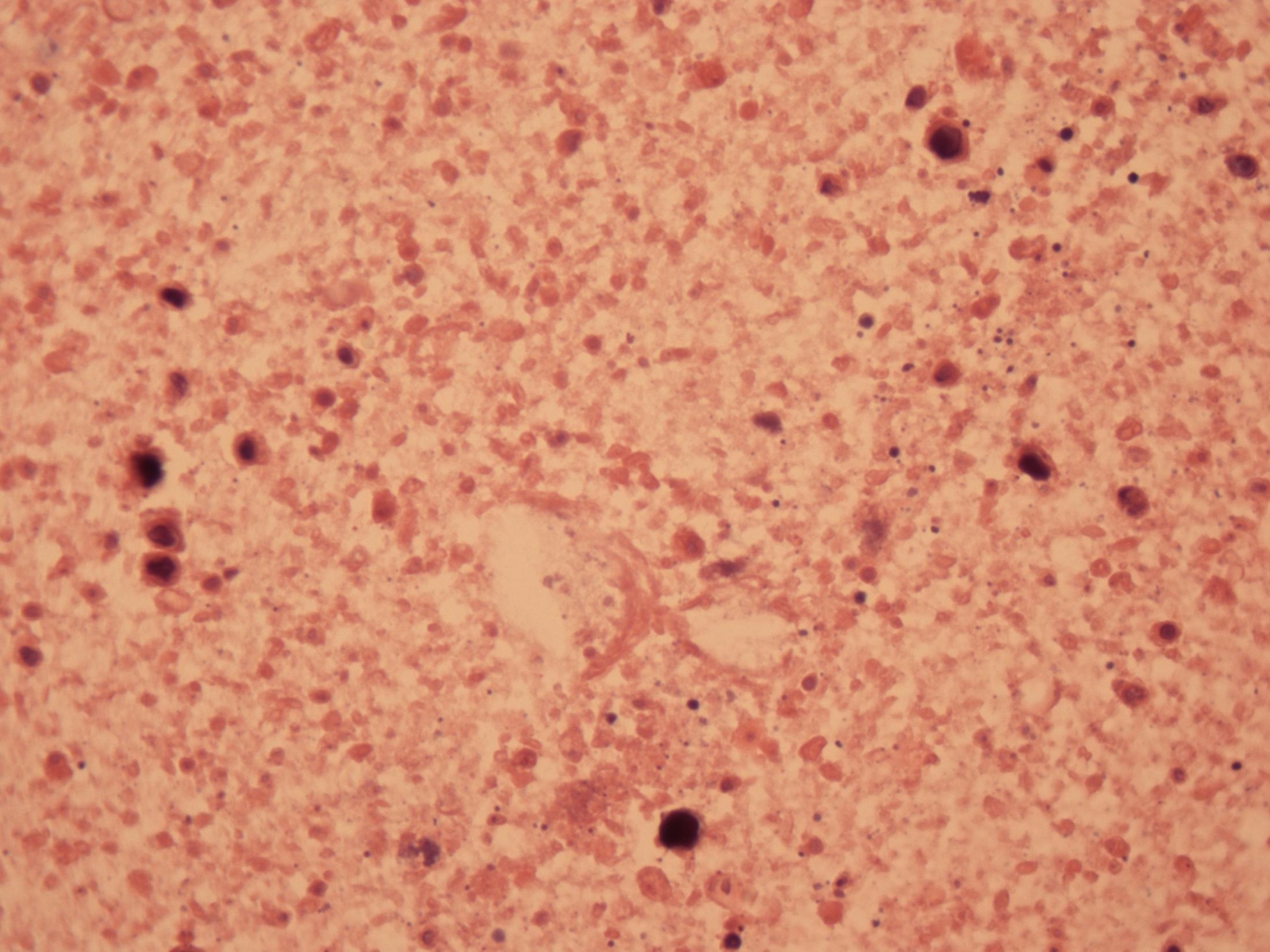 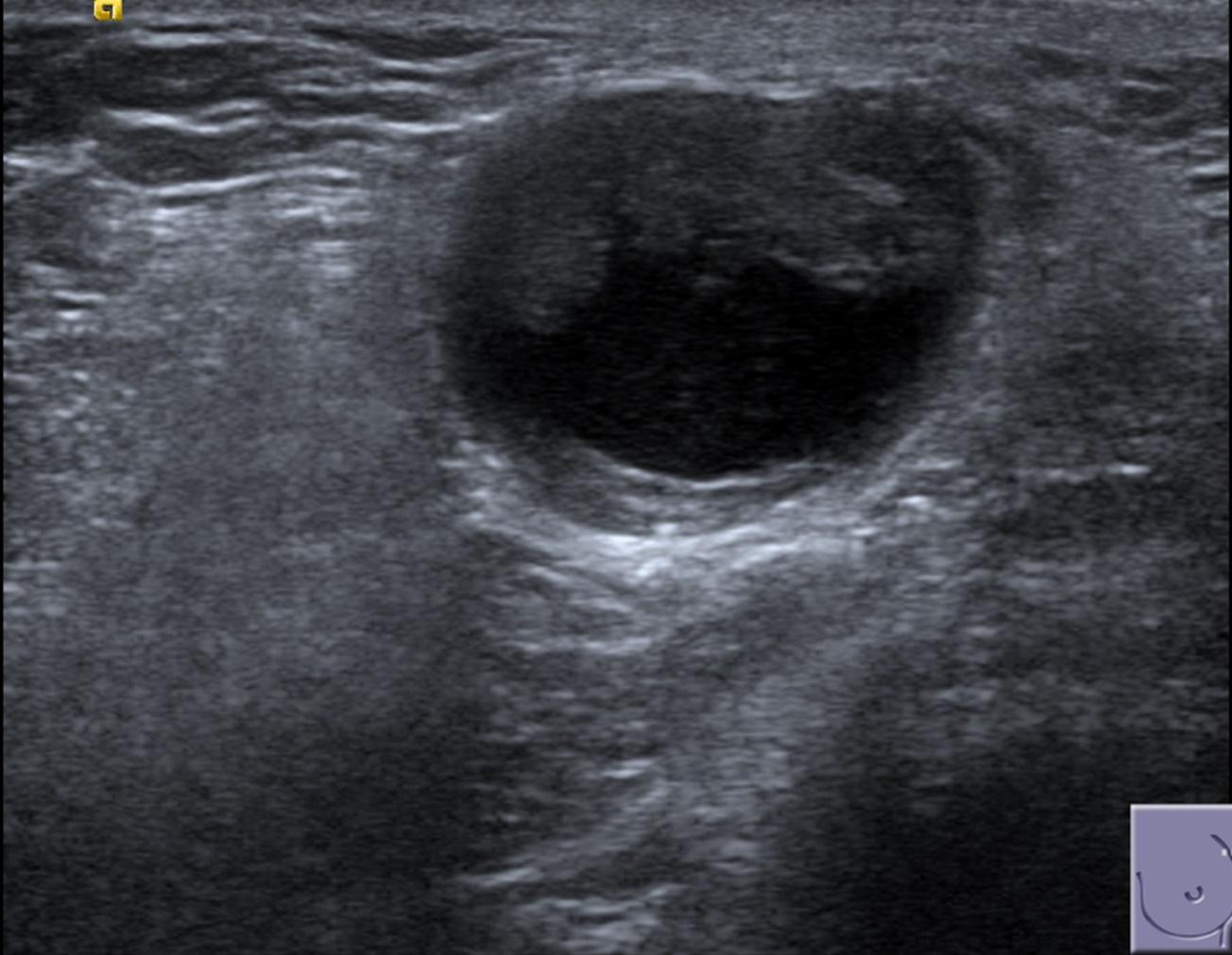 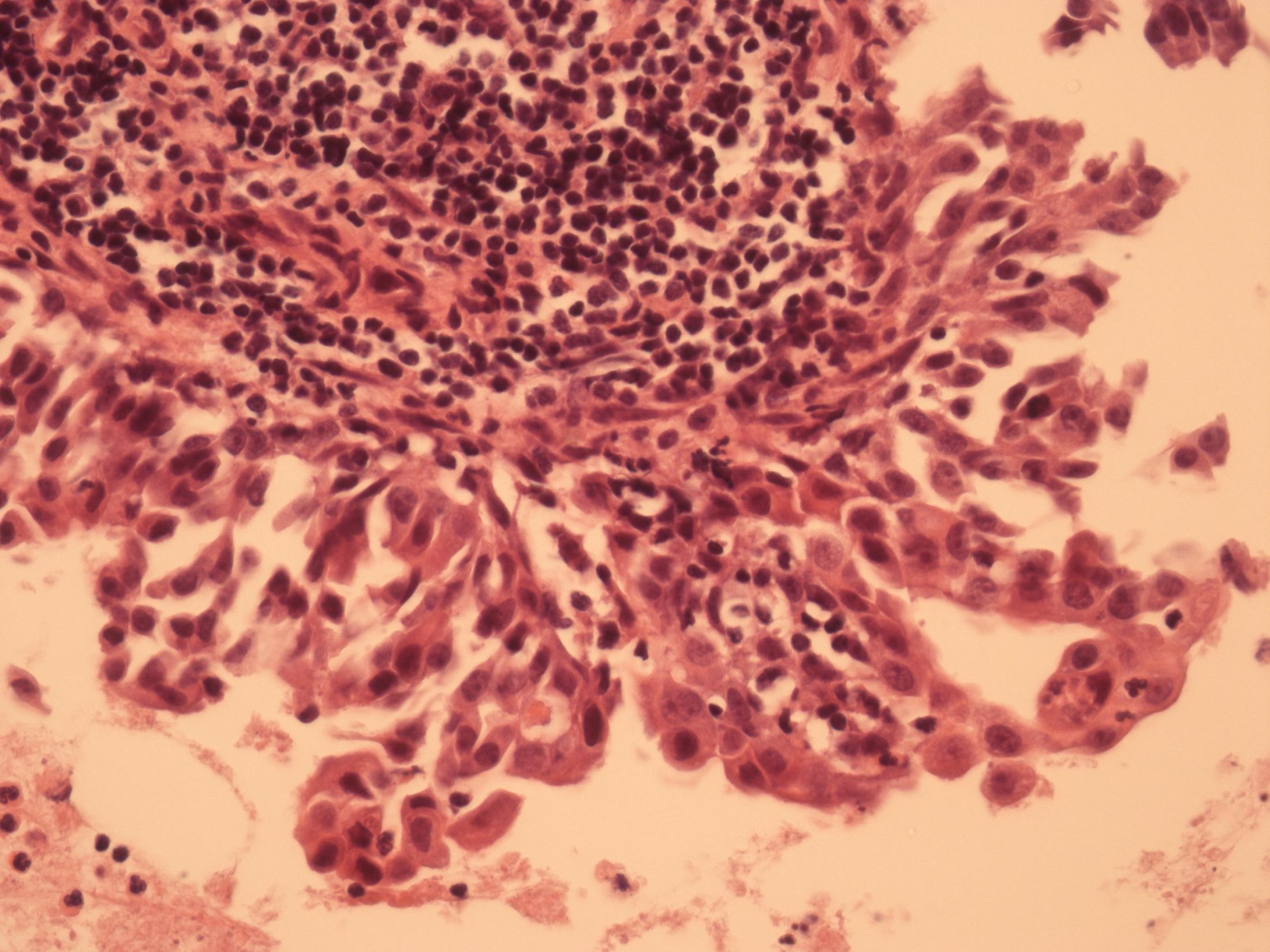 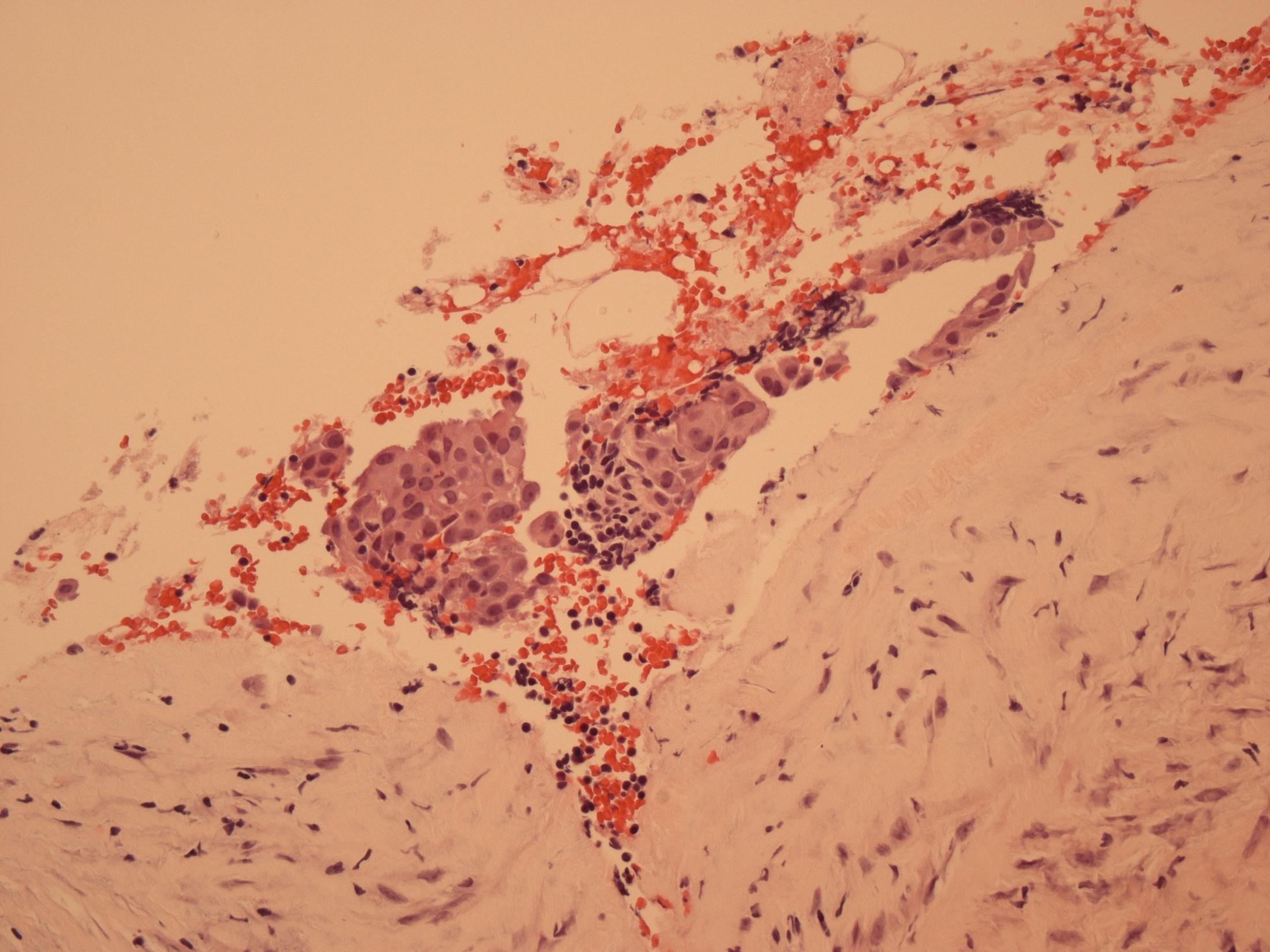 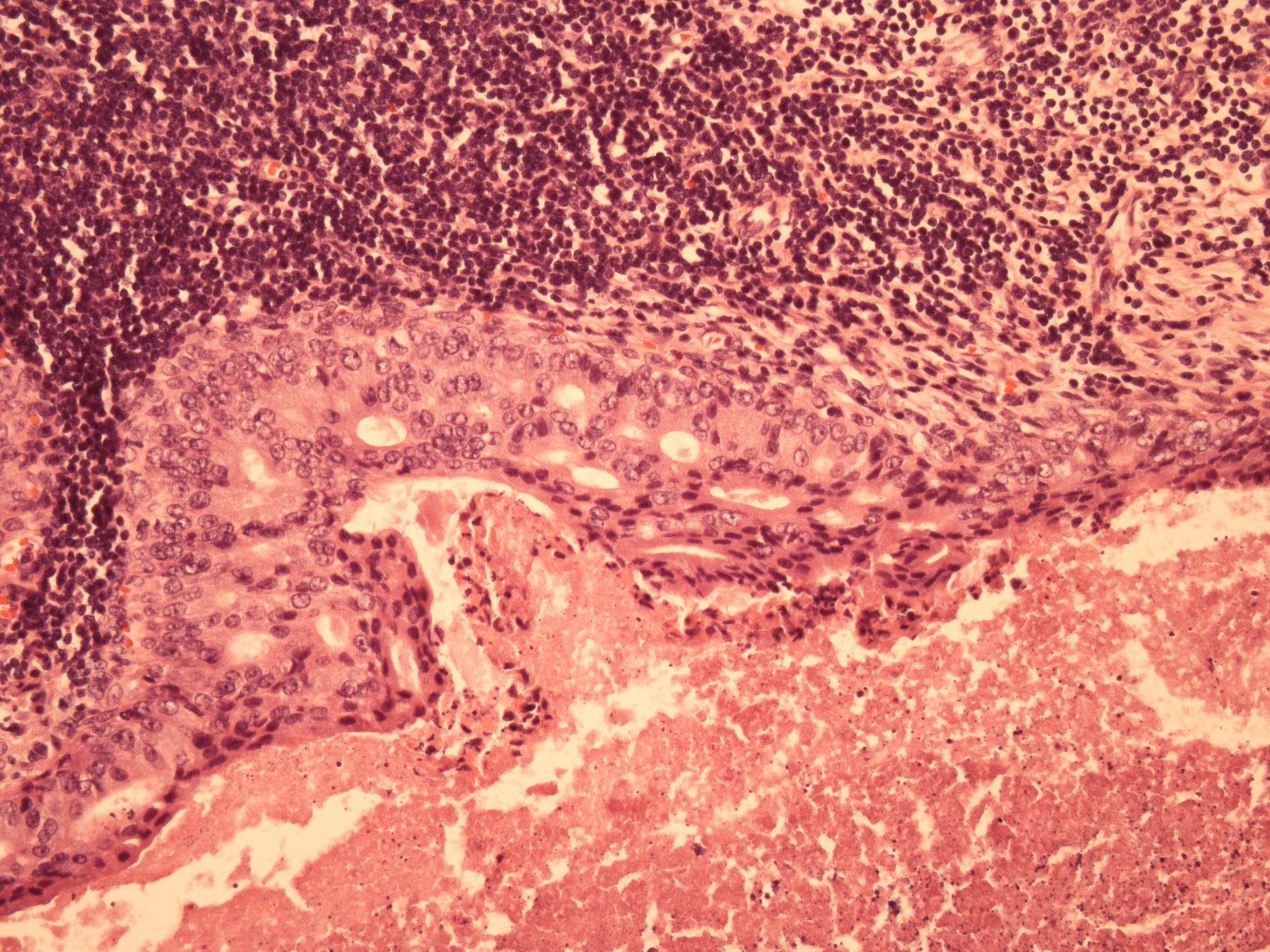 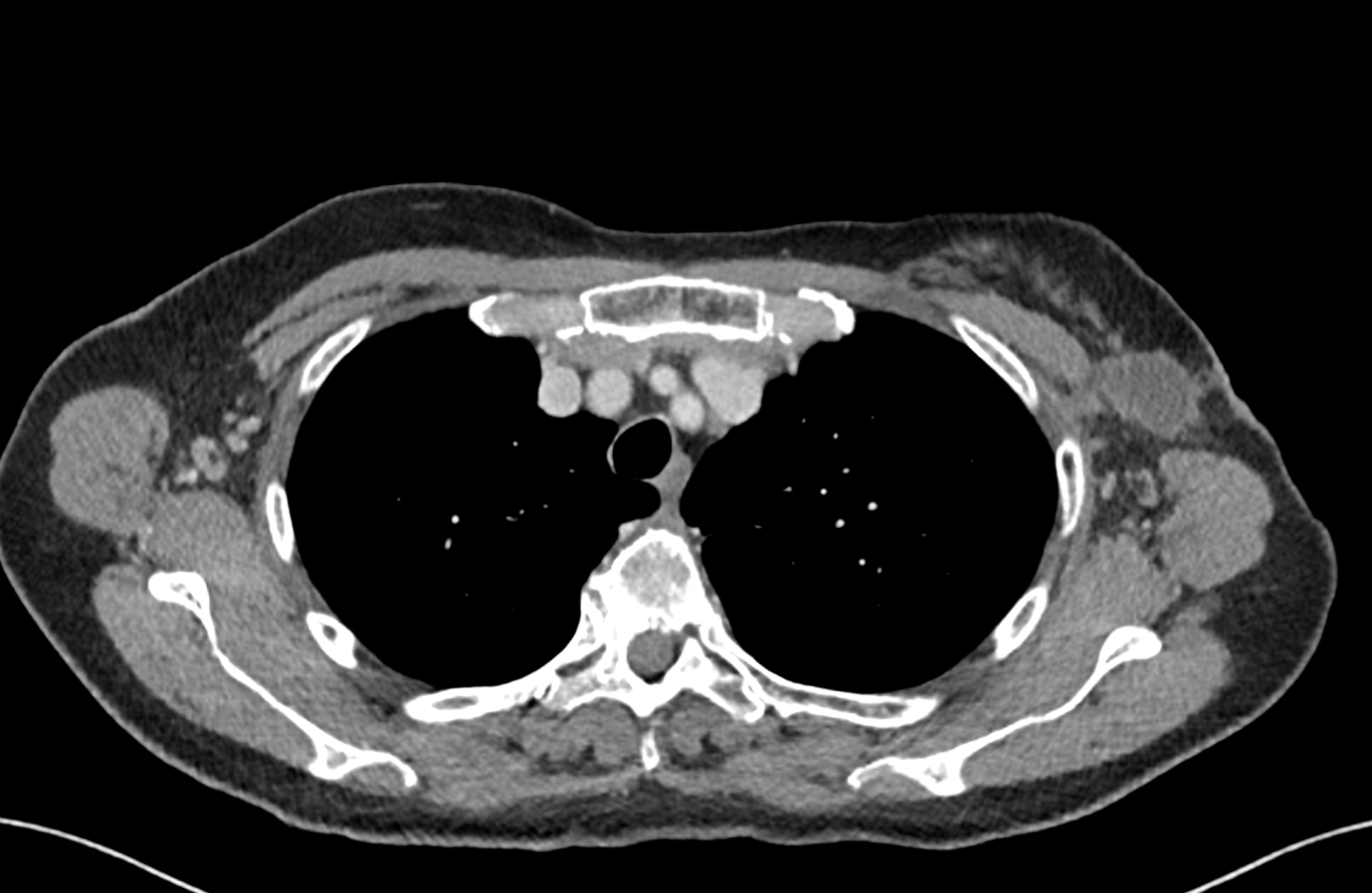