A 33-year-old woman presented with sudden weakness in both upper and lower limbs since 15 days, without associated visual, bladder or bowel alterations. She did not report fever, rashes, or pain. There were no similar episodes of weakness in the past. Her past history was significant for Squamous cell carcinoma of the buccal mucosa, for which she underwent surgery 2 years back and completed adjuvant radiotherapy to the left side of the face and neck 1 year ago. On examination, power was 2/5 in both upper and lower limbs. There was no spinal tenderness.

Radiation myelitis (RM) is an uncommon but dreaded complication of cord irradiation. It is an important entity to be considered as a differential in patients presenting with myelopathy and history of radiation exposure to the cord.

Although the exact mechanism is not well established, radiation injury presumably targets the oligodendrocytes and endothelium in the CNS. Early transient effects are supposedly a result of oligodendrocyte damage related to demyelination, with more long-term/delayed effects due to small-vessel ischemia related to endothelial injury. Concurrent chemo-radiotherapy and cumulative radiation doses > 45 Gy are the most important risk factors. The cumulative dose limit to the cord is 45 Gy in routine radiotherapy practice to prevent radiation-induced cord injury. [1]

Acute transient RM presents at about 6-12 months from the time of radiation exposure while a more delayed (but more serious) RM frequently presents later than 6-12 months after radiation. Clinical features of myelitis include paraesthesia, pain and motor weakness involving lower &/or upper limbs with or without bladder bowel involvement. It is imperative to exclude other causes of myelitis, such as long segment demyelination, infectious aetiologies, and tumour recurrence/metastasis before considering RTM as the primary diagnosis. [2]

Contrast-enhanced MRI of the spine is the modality of choice to identify and characterise the abnormality in patients presenting with myelitis-like clinical findings.[3]

Imaging findings include cord expansion with T2/STIR hyperintense long-segment (typically >3 vertebral levels) cord signal abnormality. Focal area of post-contrast enhancement representing a necrotic or demyelinating component may be present. These cord signal anomalies must occur within the field of prior radiotherapy field. Although it is imperative that maximum expansion and oedema be seen within the confines of radiation portals, cord signal abnormality may extend for considerable length above and below this epicenter as well.

Indirect evidence of radiation-related changes may be seen in the form of fatty proliferation involving the vertebral marrow at these levels seen as increased T1/T2 hyperintensity with complete suppresion on STIR images. (Khan et al., 2018)

Response to therapy (Methylprednisolone) may be seen on subsequent scans as decrease in the cord oedema and expansion. In some cases, myelomalacia may result seen as cord atrophy.

After high dose methylprednisolone steroid therapy, our patient was symptomatically better, and the power had improved to 4/5 in both upper and lower limbs.

Other options documented in literature include hyperbaric oxygen therapy and free-radical scavenging agents such as pentoxyfylline; however, their efficacy remains uncertain. Not all patients with RTM may show positive response to steroids, particularly when onset of symptoms or treatment initiation is delayed. Hence, strong clinico-radiological suspicion of the entity is desirable to make a timely diagnosis and start therapy.

Radiation myelitis classically presents 6 months or later after radiotherapy. Detailed clinicobiochemical workup to rule out alternative causes is desirable. Long segment cord signal abnormality with cord expansion and variable focal enhancement epicentered within the radiation field are imaging findings strongly suggestive of this diagnosis in the appropriate clinical setting. Ancillary findings of marrow fatty hyperplasia in the field may support the diagnosis.

[2] Izbudak I. Radiation-induced myelitis: initial and follow-up MRI and clinical features in patients at 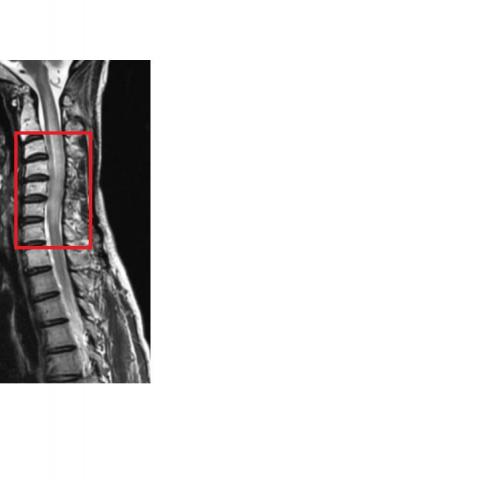 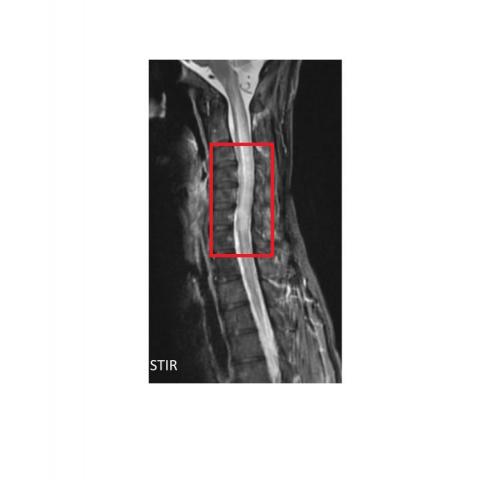 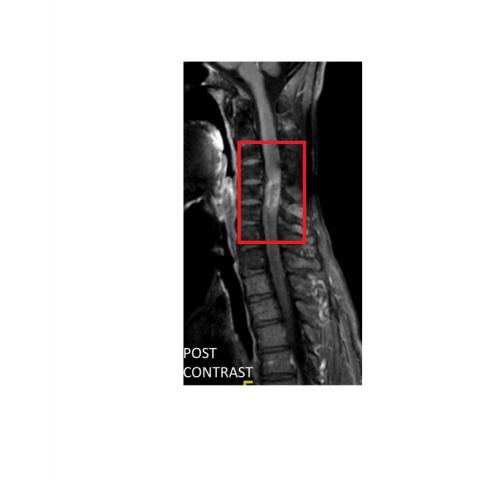 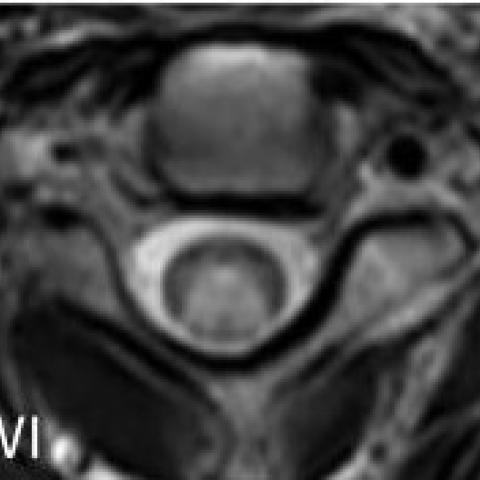 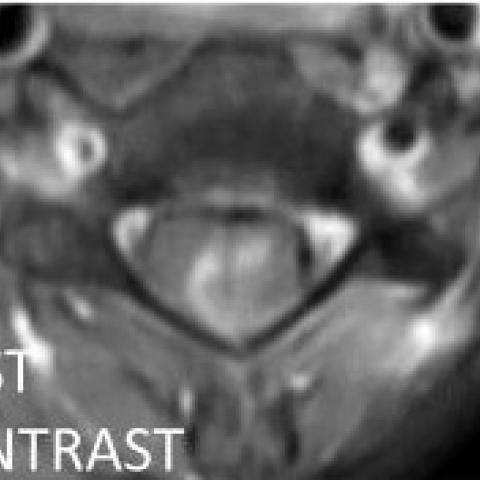 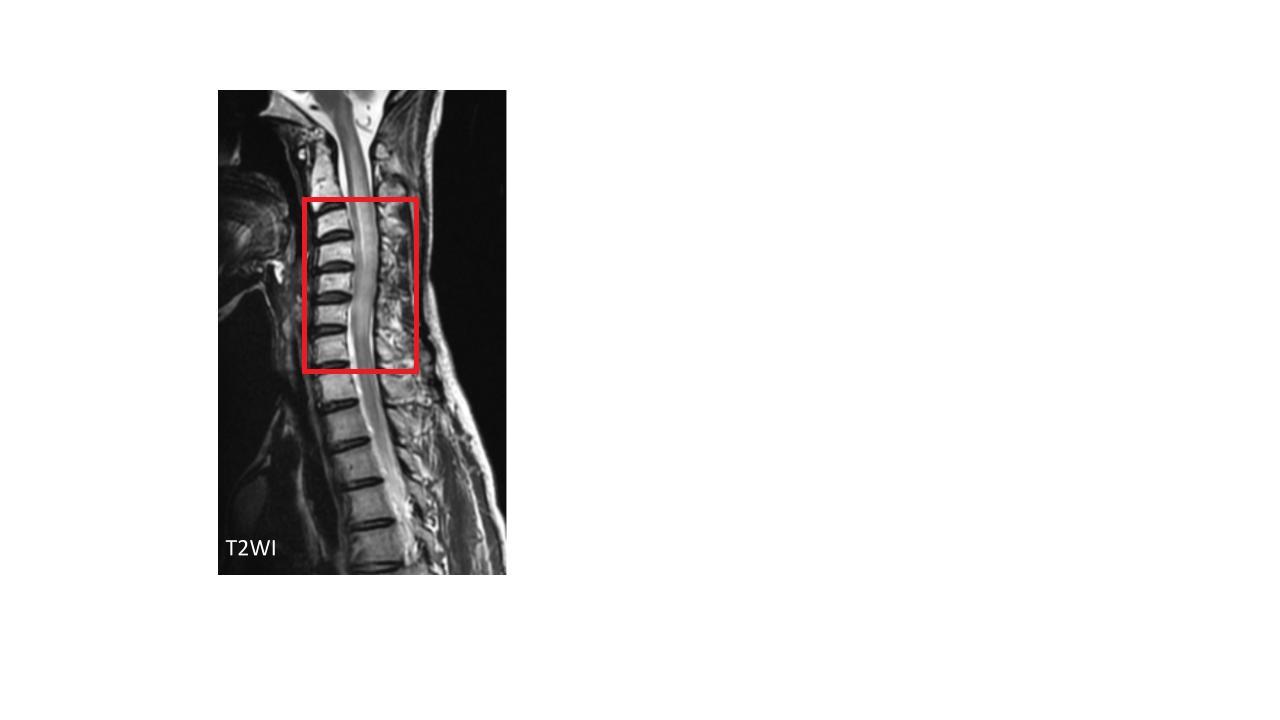 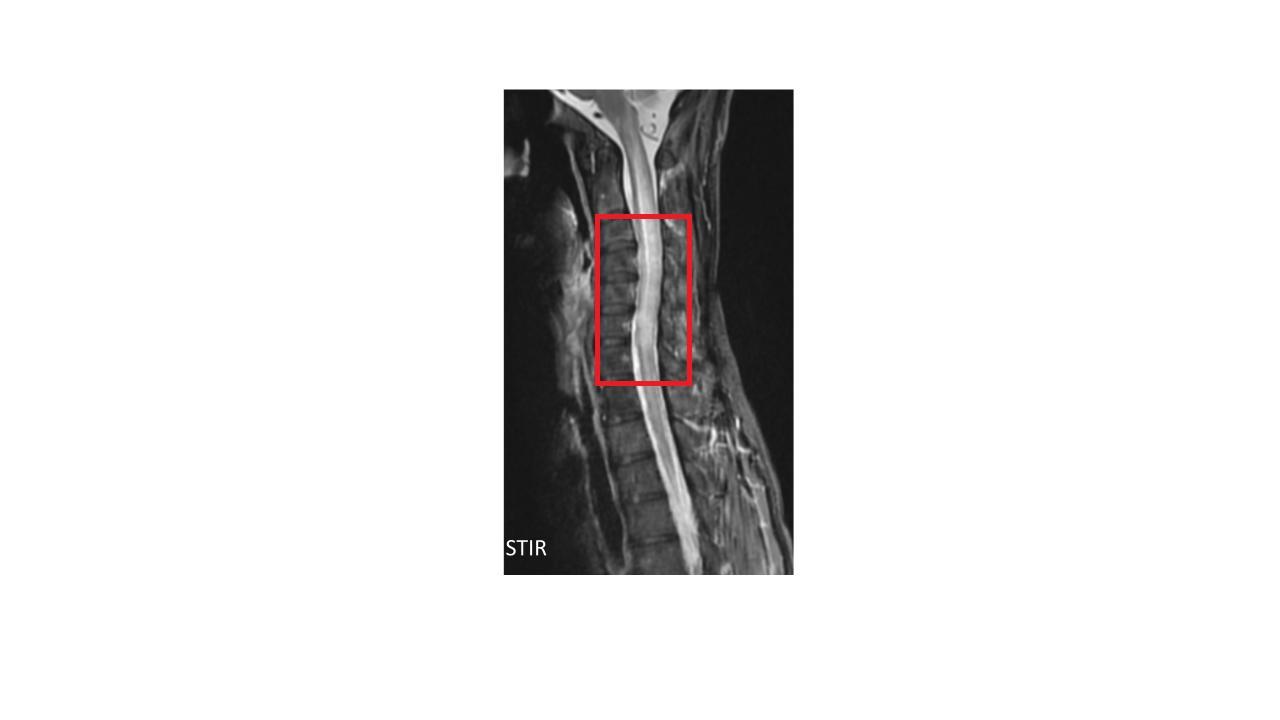 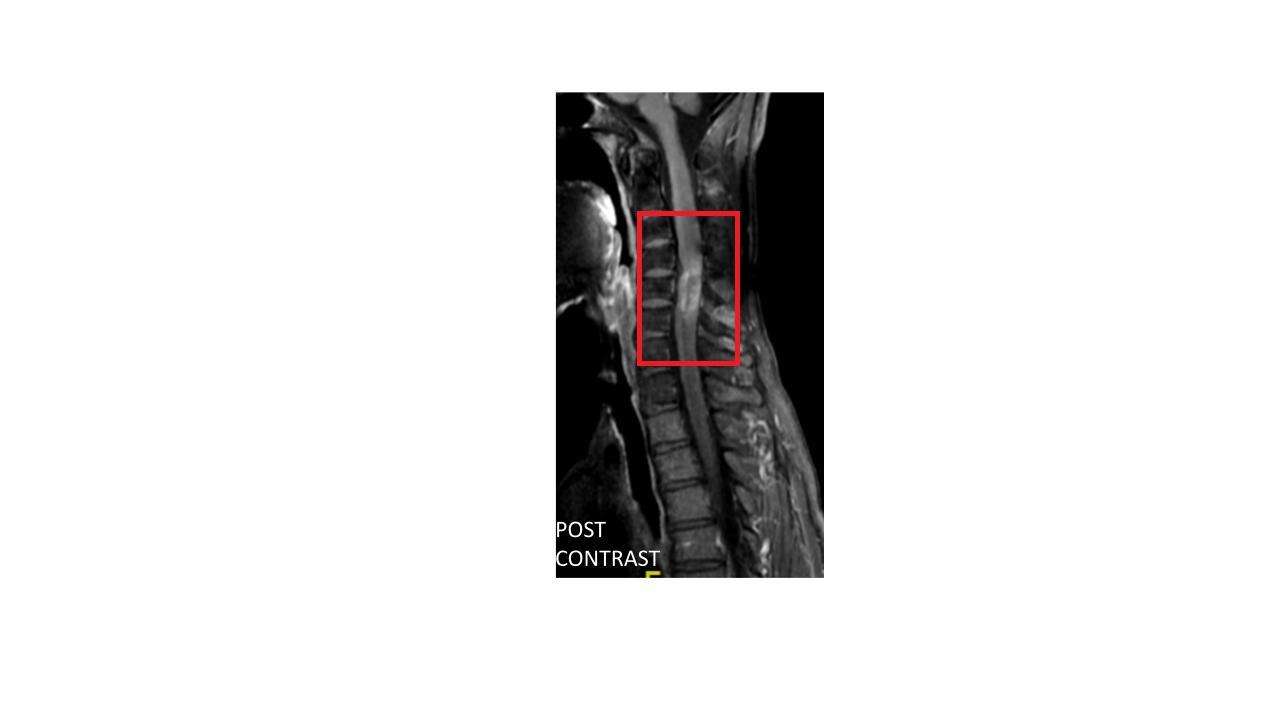 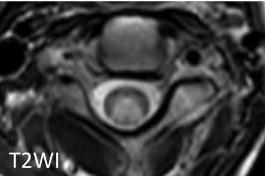 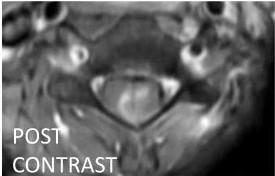