Congenital Fibrosis of the Extra-Ocular Muscles

A nine-month-old girl was referred for orbital and brain MR due to a severe congenital bilateral palpebral ptosis. The action of the levator palpebrae superioris muscles was absent, with compensatory cervical hyperextension (figure 1). Brain and ocular ultrasound scans had been performed before during the workup of the ptosis, with normal results.

On the brain MR scan, the roots of the third cranial nerves (oculomotor nerves - CNIII) could not be identified (figures 2A and 3A). No further abnormalities were found in the brain.

The orbital MRI showed underdevelopment of the recti muscles with extremely thin superior recti (figures 2B and 3B).

The diagnosis was Congenital Fibrosis of the Extra-Ocular Muscles (CFEOM).

CFEOM is an uncommon congenital cranial dysinnervation disorder. It is an unusual cause of strabismus which had received different names until 1978 when Harley coined the term CFEOM after the presence of fibrosis in the inferior recti of the eye in the biopsies of these patients [1].

In 1997 Engle et al. found that the aetiology of the fibrosis was the denervation resulting from the agenesis of the CNIII [2]. The degree of atrophy and fibrosis of the different extraocular muscles is variable, probably because of the presence of aberrant innervation from other cranial nerves [3].

In recent years, the generalization of MRI has made possible the diagnosis in vivo of more cases [4].

There are bilateral and unilateral forms, and most patients have a positive familiar history. The most common way of inheritance is autosomal dominant, although our patient did not have any known relatives affected.

The physical examination shows mono or binocular ptosis and the inability to look upward, making these patients tilt their chin up to achieve a frontal vision. Isolated cases and associated with other brain anomalies have both been reported.

It is critical to obtain high spatial resolution T2 weighted gradient echo images during the MR study. 3D Steady-State Free Precession (SSFP) sequences such as TrueFISP and FIESTA are widely used to allow the visualization of the cranial nerves' roots. 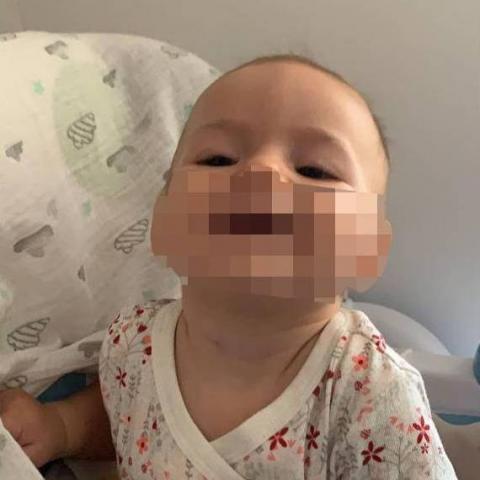 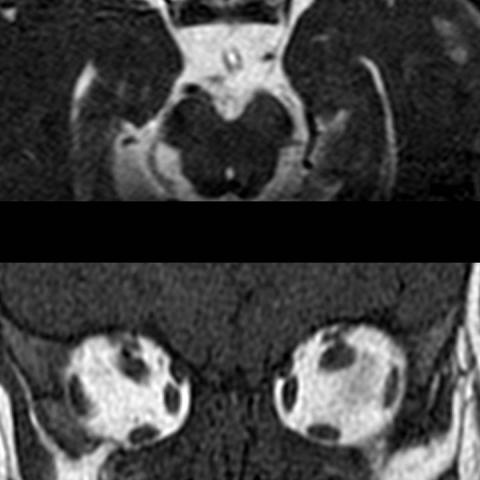 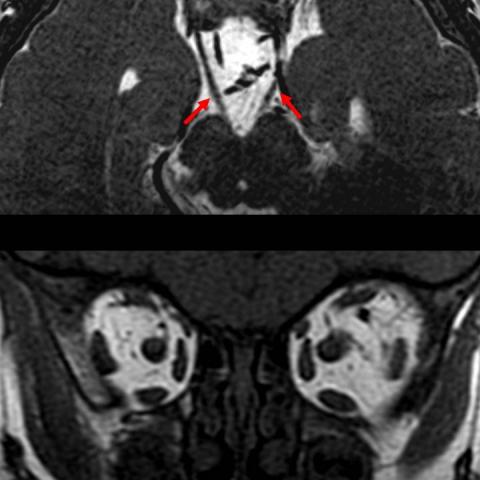 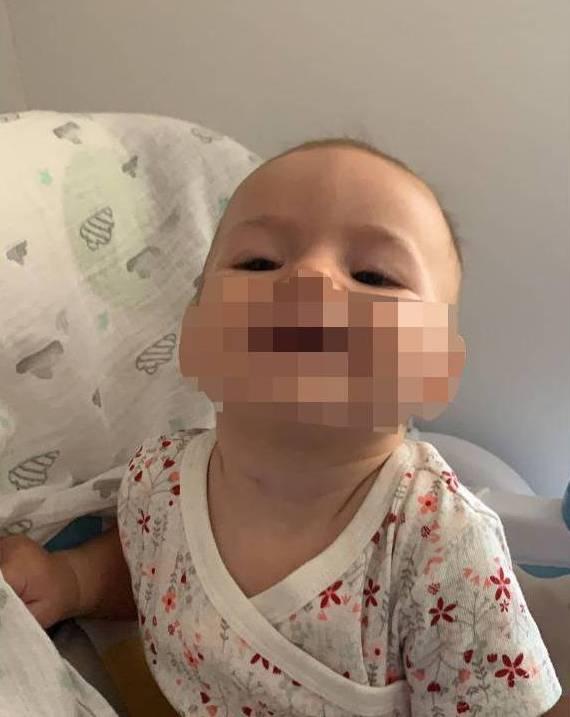 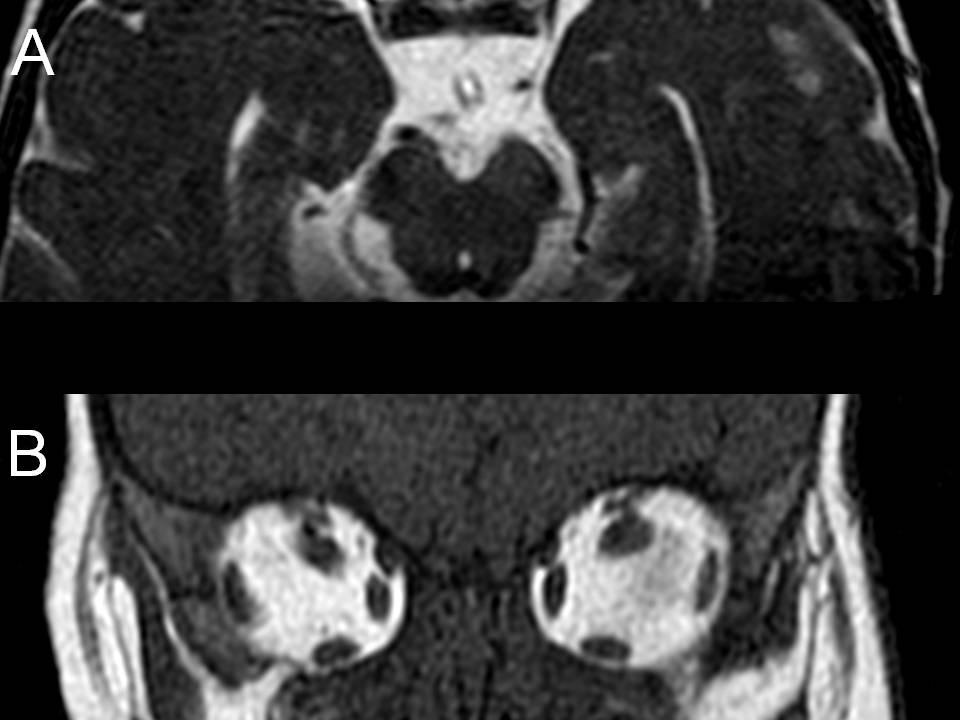 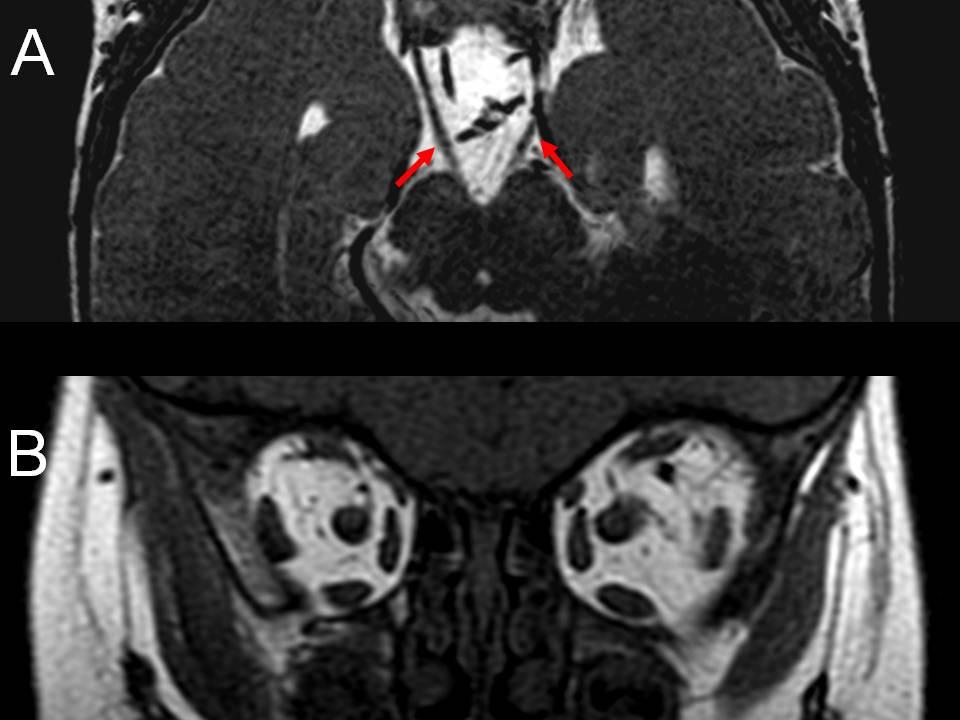