A 14-year-old girl presented with a three-day history of fever and cough with sputum. At age of two, she had been hospitalized due to severe pulmonary infection. Her medical history has been uneventful since then.

There were also a few scattered subsegmental areas of increased parenchymal lucency with patchy distribution in the normal-sized left lung.

No bronchiectasis or atelectasis were present.

Swyer-James-MacLeod syndrome (SJMS) is a rare pulmonary entity characterized by unilateral hyperlucent lung. This acquired condition occurs due to vascular and parenchymal development impairment in an area affected by bronchiolitis obliterans in childhood, resulting in hypoplastic vascular regions and hyperlucent pulmonary areas [1].

The usual presentation involves recurrent chest infections and, typically, this disorder is diagnosed during childhood. However, some patients have fewer symptoms and, in such cases, the diagnosis can be missed until adolescence or adulthood [2].

SJMS diagnosis is based on characteristic imaging findings. The radiographic hallmarks of this syndrome are unilateral lung or lobar hyperlucency with reduced lung volume. The diagnosis is supported by the demonstration of expiratory air trapping [3].

On computed tomography (CT) there is low attenuation of lung tissue and decreased vascular markings in the affected regions. The entire lung can be affected, but there can also be lobar, segmental or subsegmental involvement in a patchy distribution. Islands of low-attenuated parenchyma can be seen between areas of spared parenchyma in both lungs [4]. Bronchiectasis, minor subpleural parenchymal scarring, atelectasis and pulmonary artery hypoplasia on the affected side can be observed [1].

SJMS must be differentiated mainly from an endobronchial lesion incompletely obstructing the lumen of a lobar or main bronchus, such as a foreign body in children or a bronchial tumour in adults. Other differentials include pulmonary bullae and pulmonary artery agenesis [3]. CT plays an important role in the differential diagnosis, as it may demonstrate the patency of the bronchial tree and better characterize the pulmonary parenchyma and vessels. CT is superior in showing the extent and distribution of the disease and can better delineate accompanying conditions such as bronchiectasis [4].

A conservative symptomatic approach is the mainstay of treatment, managing current and preventing future pulmonary infections. Long-term complications in adulthood include pulmonary hypertension, but the real morbidity and mortality associated with this syndrome is not well established [1, 2]. 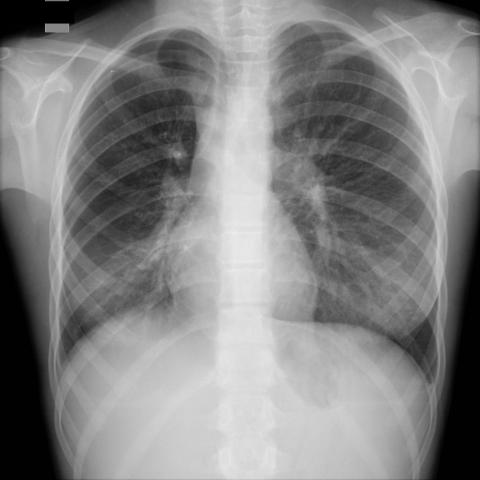 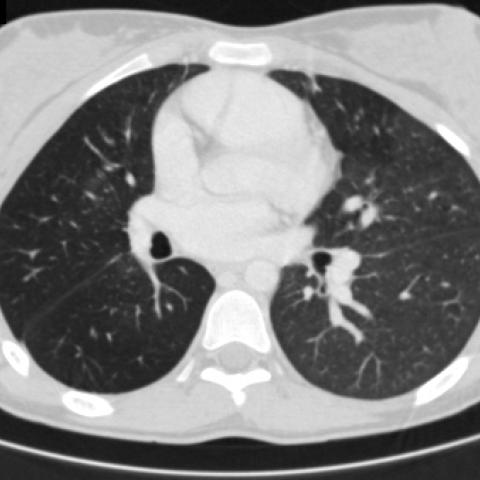 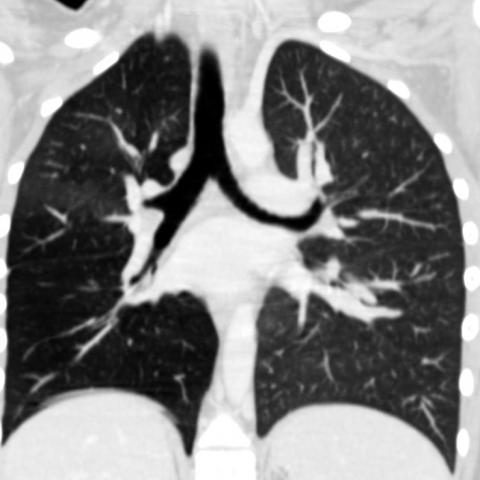 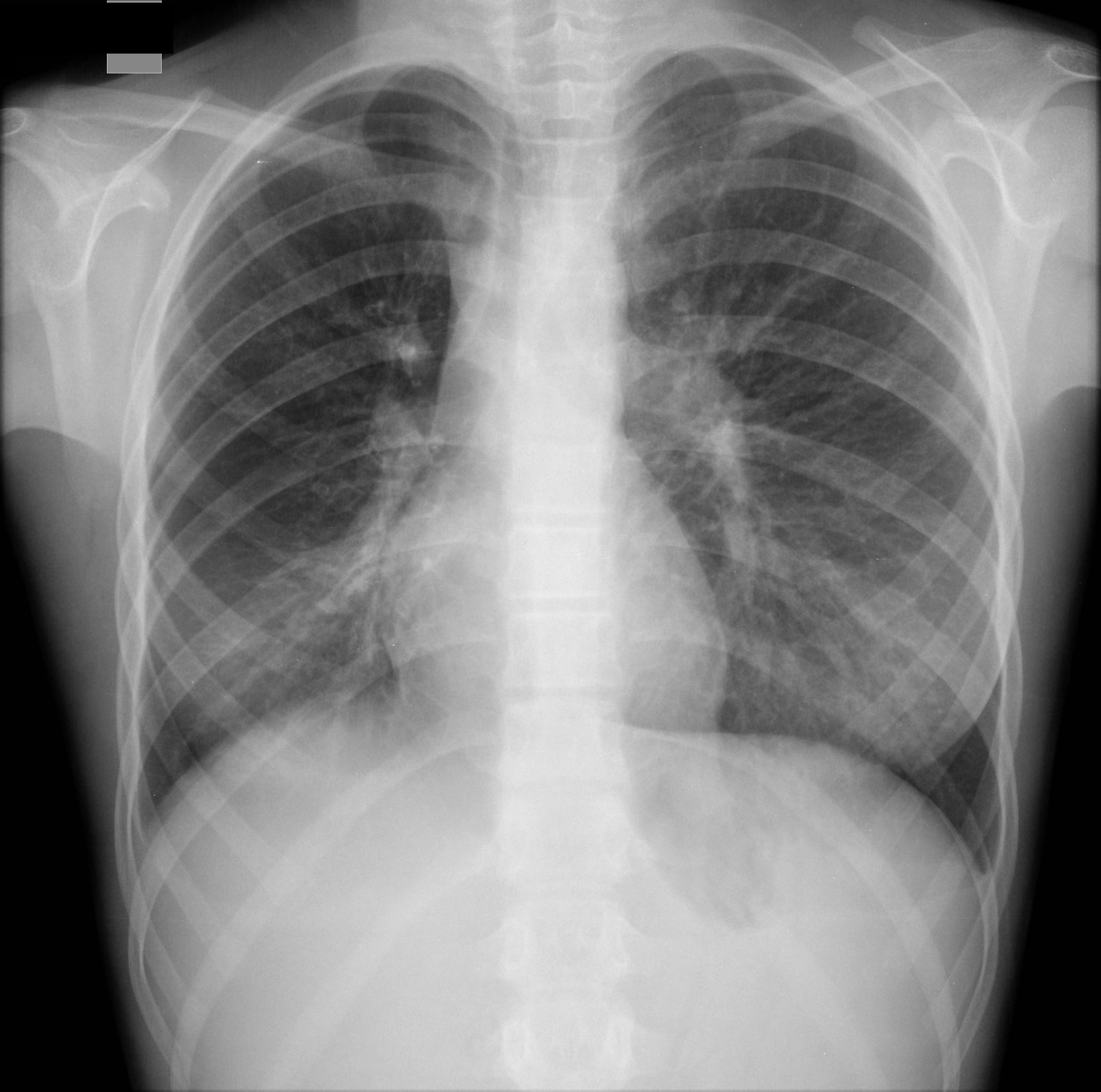 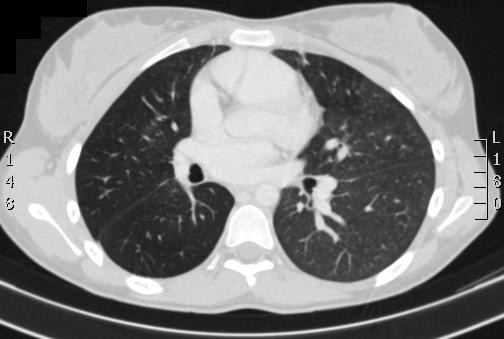 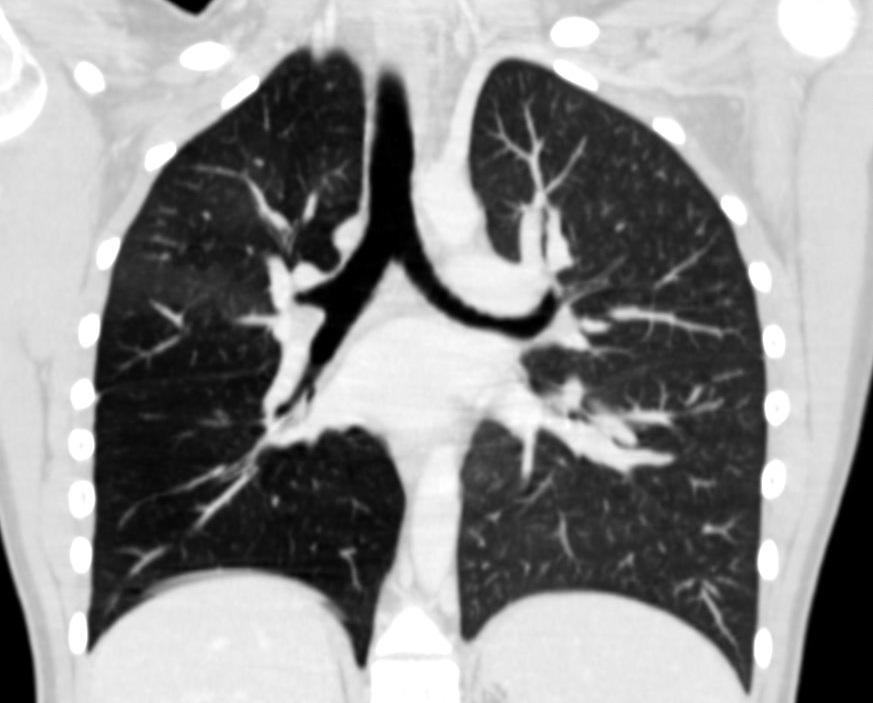