Arterial ischaemic stroke in a pediatric patient with COVID-19

A 6-year-old boy was admitted to the emergency department with right hemiparesis, one month after being diagnosed with COVID 19 by RT-PCR.

The MRI revealed an area of acute ischaemic stroke presented with restricted diffusion affecting the left lenticular nucleus and extending to the anterior portion of the internal capsule. “Ivy sign” was present in the ipsilateral convexity, which represents prominent leptomeningeal collaterals. The MR angiography showed occlusion of the left middle cerebral artery involving distal M1 and M2 segments. Arterial wall inflammation was also present at the intracranial segments of the left internal carotid artery depicted as an increased signal on FLAIR sequence of the vessel wall and narrowing of its lumen. On MRI perfusion there was a decreased blood flow and volume in the left basal ganglia and ipsilateral parietal parenchyma. There was a mild mass effect with distortion of the left lateral ventricle. Mechanical thrombectomy allowed for clot retrieval and restored blood flow to the left middle cerebral artery.

In the follow-up MRI, the left lenticular nucleus infarct evolved from an early acute to a chronic stroke. MRI perfusion showed normal flow and volume and no ischaemic lesion was found in parietal parenchyma.

Pediatric stroke is quite rare and the ischaemic subtype accounts approximately for 50% of cases (whereas in adults accounts for 80-85%). Diagnosis Diagnostic delay leads to significant morbidity and mortality. Ischaemic stroke often presents as a focal neurologic deficit (hemiplegia). The most frequent cause is cardiac disease, whereas vascular/cerebral vasculitis is less frequent [1].

COVID-19 can cause neurological involvement by overproduction of cytokines, coagulopathies, thrombus formation, and direct viral invasion of neurons and cerebrovascular endothelial cells [4]. These can result in ischaemic strokes, encephalitis, seizures, and demyelinating disorders [5]. Pediatric ischaemic strokes due to COVID-19 are very rare but there are some cases reported in the literature [6].

Code stroke protocol is very important for early diagnosis and treatment in arterial ischaemic occlusions. MRI protocol should include T2WI, FLAIR, and diffusion sequences along with non-contrast perfusion MRI and Angio-MRI sequences to diagnose treatable cerebral arterial occlusions with an endovascular approach, identify signs of arteriopathy (irregularity and hypersignal of wall vessel in FLAIR) and exclude stroke mimics. 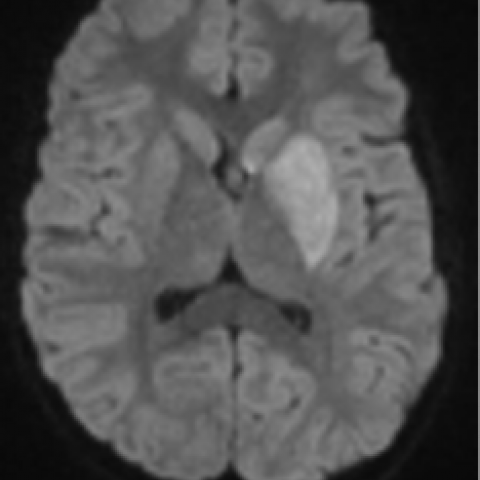 (1a) Axial DWI and (1b) ADC show restricted diffusion involving the left lenticular nucleus and extending to the anterior portion of the internal capsule with mild mass effect, distorting the left lateral ventricle 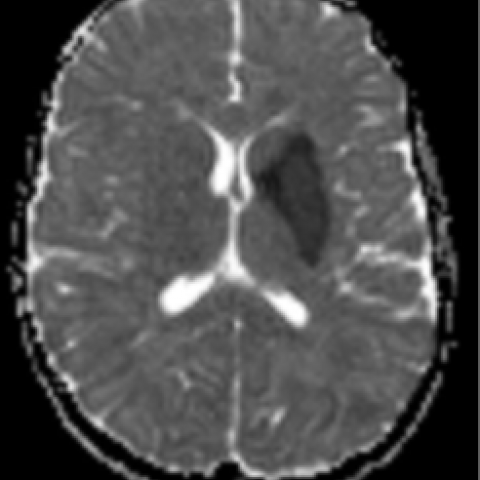 (1a) Axial DWI and (1b) ADC show restricted diffusion involving the left lenticular nucleus and extending to the anterior portion of the internal capsule with mild mass effect, distorting the left lateral ventricle
Figure 2 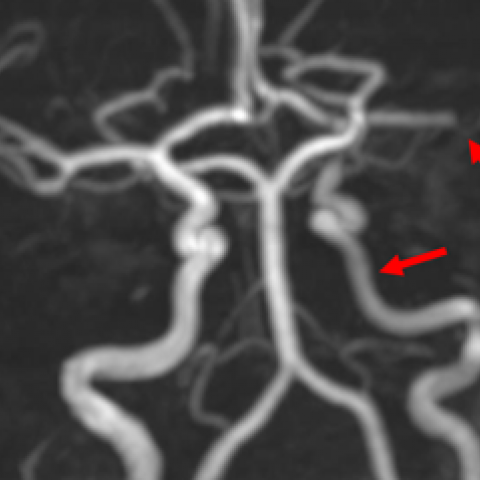 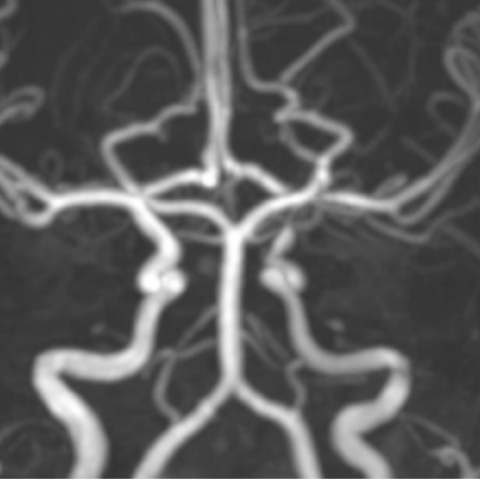 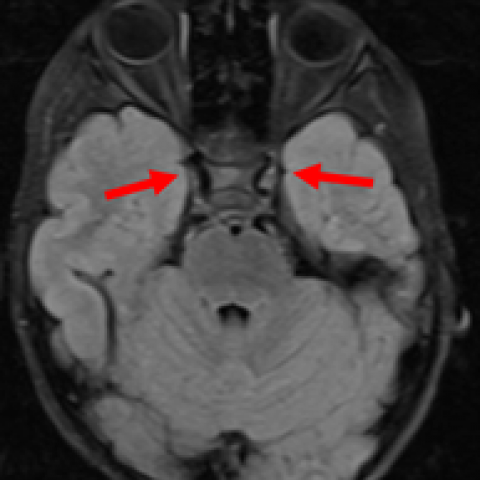 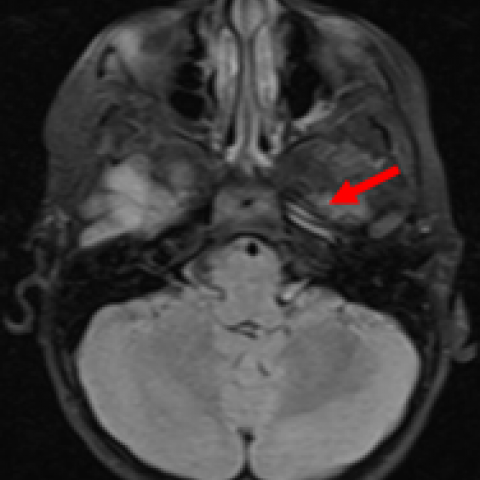 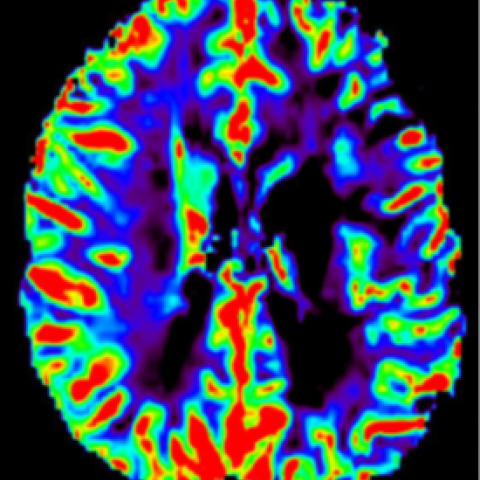 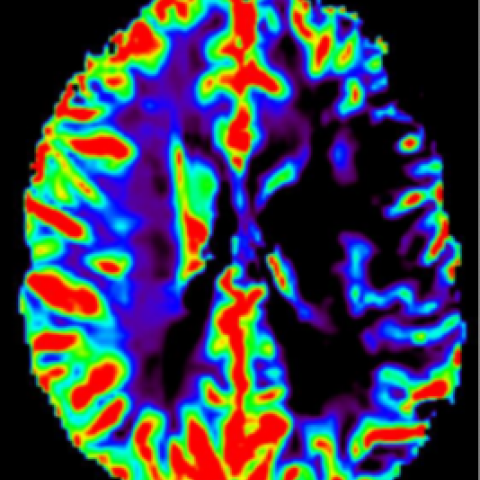 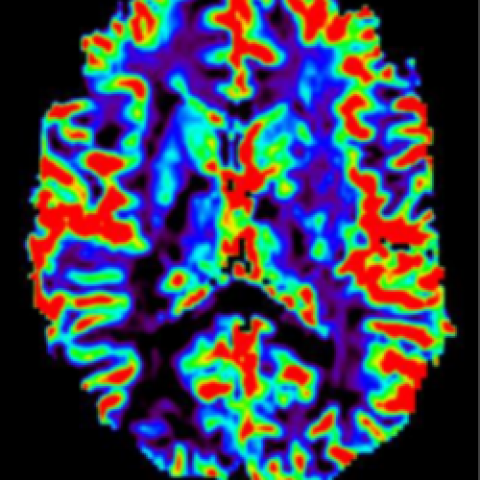 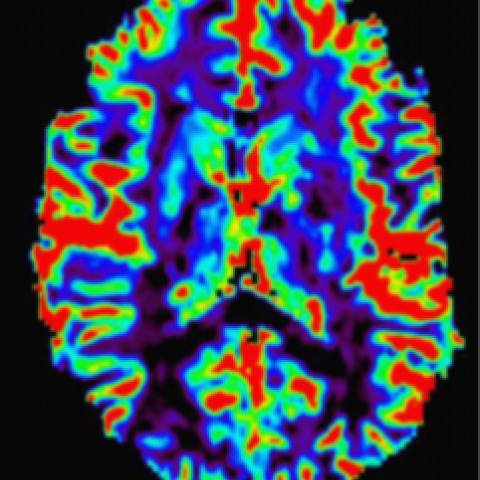 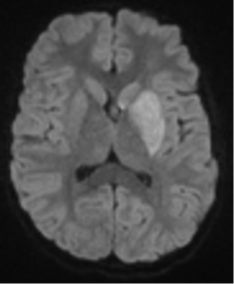 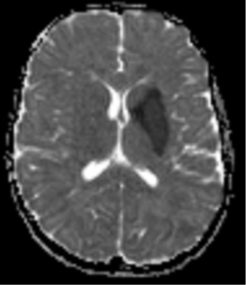 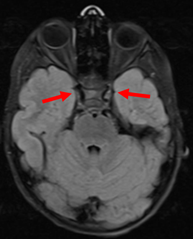 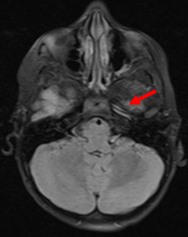 Axial FLAIR with an increased signal of the vessel wall of the intracranial portion of the left internal carotid artery
© Department of Radiology, Hospital Universitari Vall d’Hebrón, Barcelona, Spain, 2021 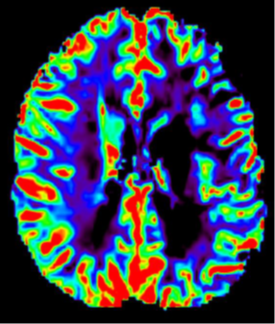 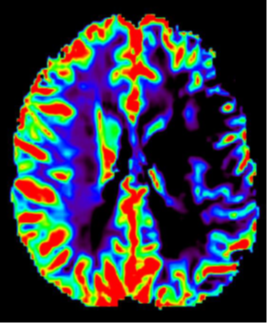 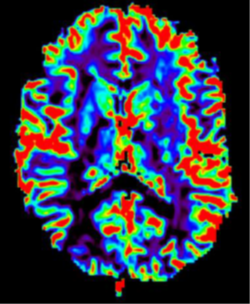 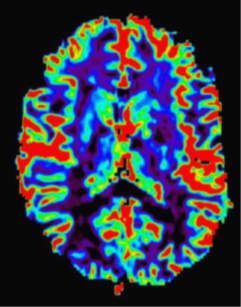