A 68-year-old male presented with confusion and abdominal pain. He had previously consumed a bottle of deodorant. He experienced a rapid deterioration in clinical status characterized by hypotension and a decreased level of consciousness (GCS of 6) that required orotracheal intubation. On physical examination, his pupils were fixed and dilated.

Methanol intoxication, whether intentional or unintentional, is most commonly caused by ingesting windshield-washer fluid, industrial products, or illegally produced alcoholic beverages ("moonshine"), but exposure can also occur by inhalation and dermal absorption [1]. Methanol is not itself directly toxic. Their toxicity, like that of other toxic alcohols (excluding isopropanol), results from their metabolites [1]. Methanol is metabolized mainly in the liver by successive oxidations into formaldehyde and ultimately into formic acid, which is responsible for life-threatening metabolic acidosis and visual toxicity [2,3].

Signs and symptoms of early methanol intoxication are nonspecific and usually evolve over 6 to 24 hours, leading to delayed diagnosis and subsequent increased morbidity and mortality (in 28% of untreated patients) [1,2]. If ethanol is co-ingested, methanol metabolism slows down, and symptoms may take 72 to 96 hours to appear after exposure [1]. After a symptomless latent period, patients present with blurred vision, depressed mental status, and gastrointestinal symptoms such as nausea, vomiting, and abdominal pain. In severe cases, vision loss may be permanent, and multiorgan failure and death can occur [2,4].

Characteristically, methanol intoxication produces a selective bilateral putaminal necrosis with or without associated haemorrhage (7-14% of cases, and it’s associated with a poor prognosis) [5]. Involvement of the subcortical white matter, cerebellum, and optic nerve have been described in severe methanol intoxication. CT findings may be normal on admission. Patients who survive the first 24 hours may show hypodensities in the putamina and the subcortical white matter [3]. On MRI, lesions show high signal intensity on T2WI/FLAIR with associated restricted diffusion in the early stages [5]. Microhaemorrhages are clearly seen on T2*-weighted or susceptibility-weighted sequences as hypointense foci. Putaminal cystic might appear in patients who survive the acute phase of intoxication [5,6].

Treatment includes the intravenous administration of sodium bicarbonate for the correction of severe metabolic acidosis (a pH lower than 7.3) and the ionization of formate facilitating its urinary excretion [1]. Antidote administration is recommended at the earliest phase to improve clinical outcomes. Fomepizole and ethanol, inhibitors of alcohol dehydrogenase, are effective antidotes for the treatment of methanol intoxication [7]. Although ethanol (not approved by the FDA) is often available and is used for treatment, fomepizole is the antidote of choice [1].

In patients who present with high anion-gap metabolic acidosis and selective bilateral putaminal necrosis on CT and MRI, methanol intoxication should be considered the first diagnostic option. 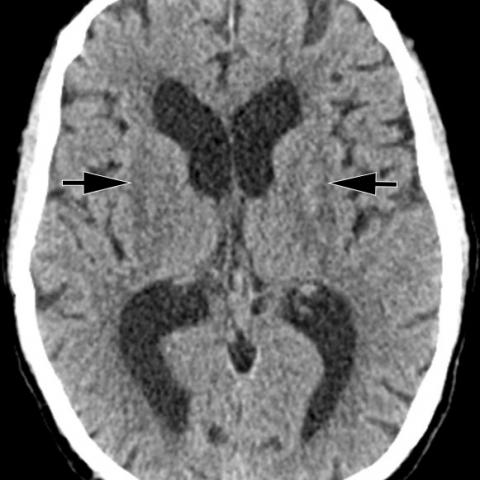 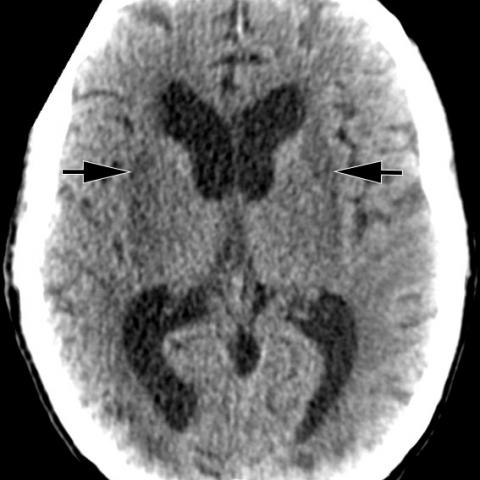 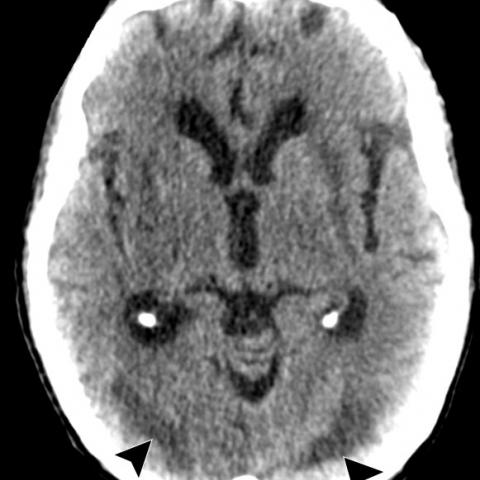 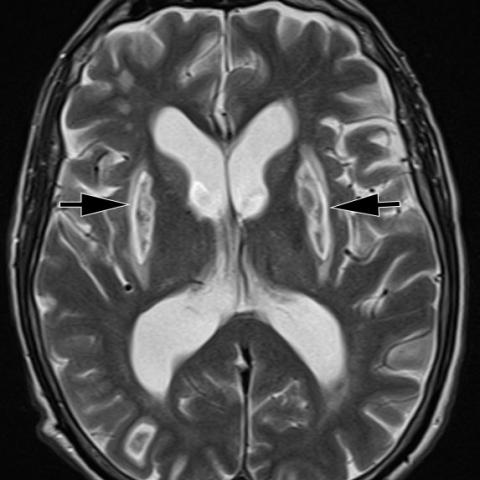 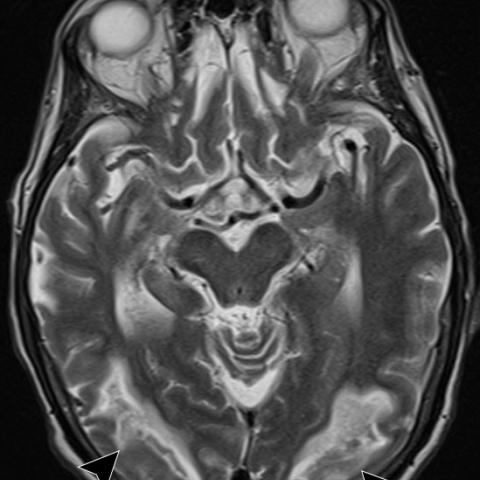 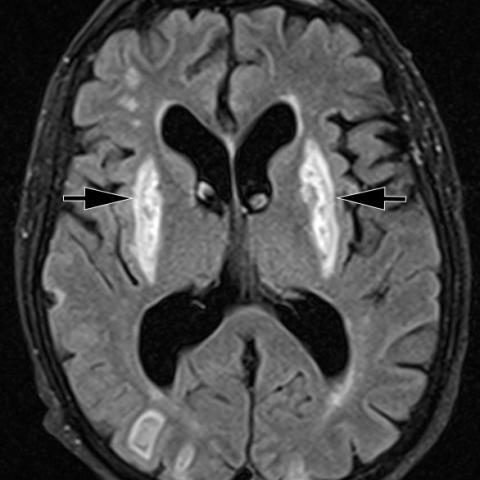 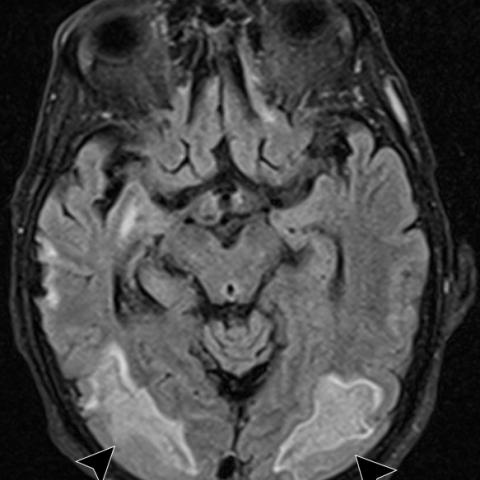 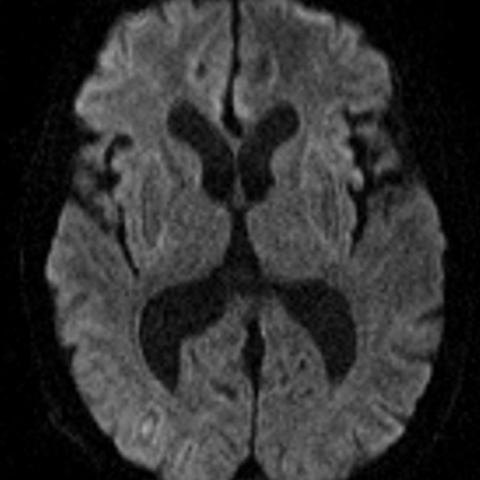 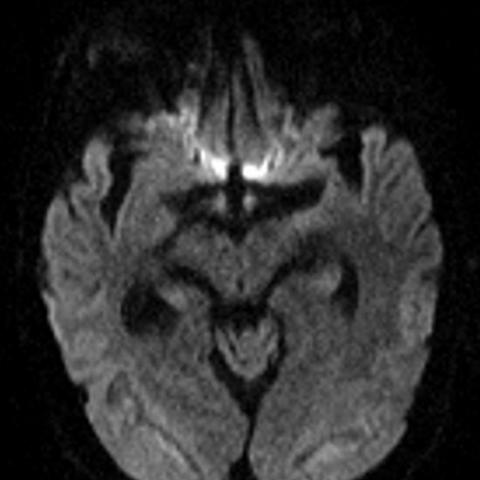 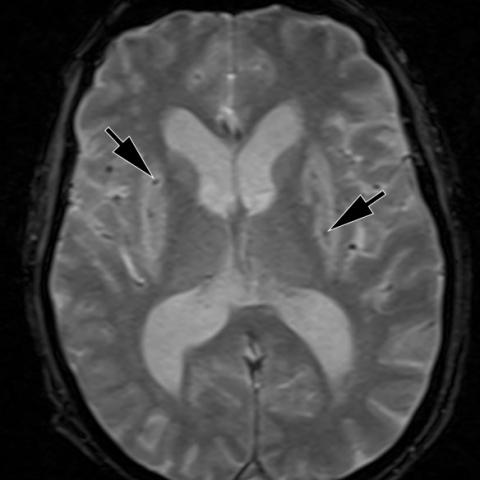 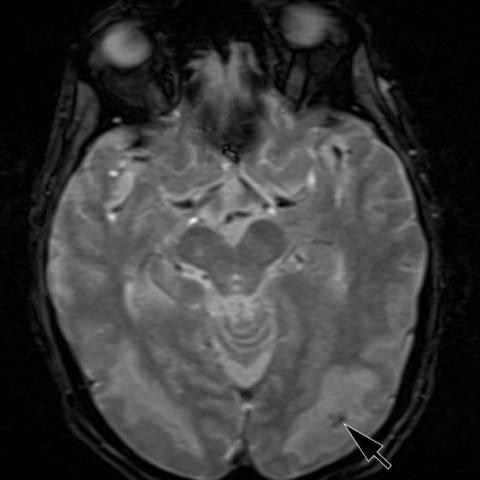 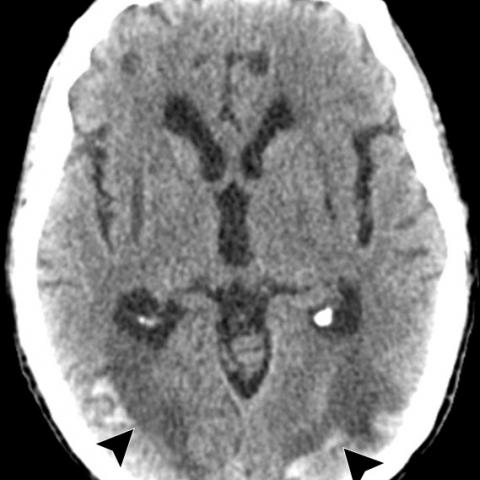 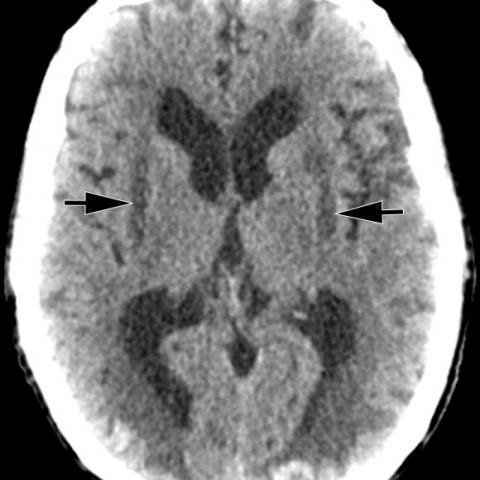 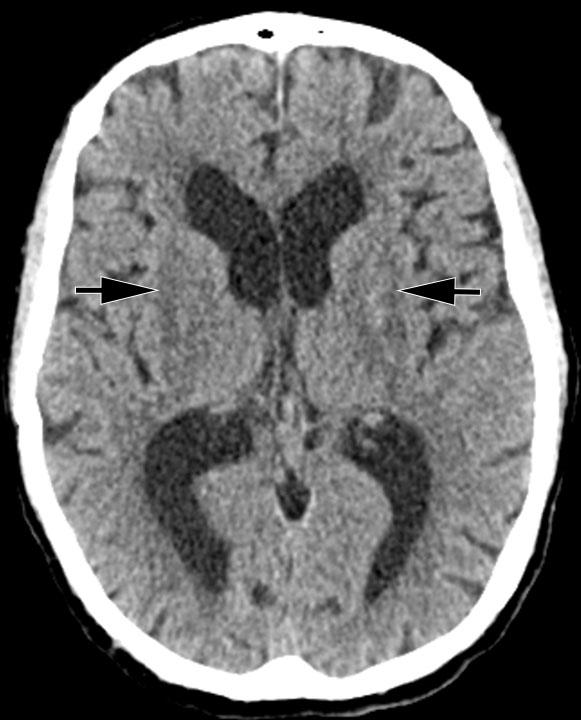 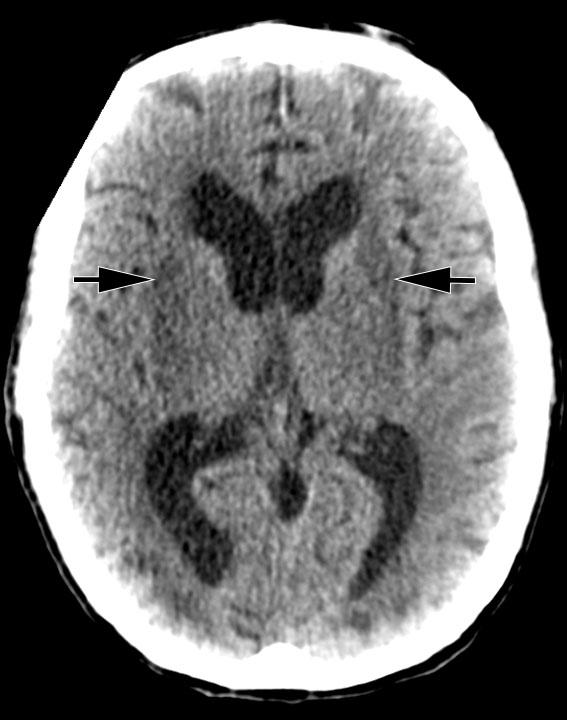 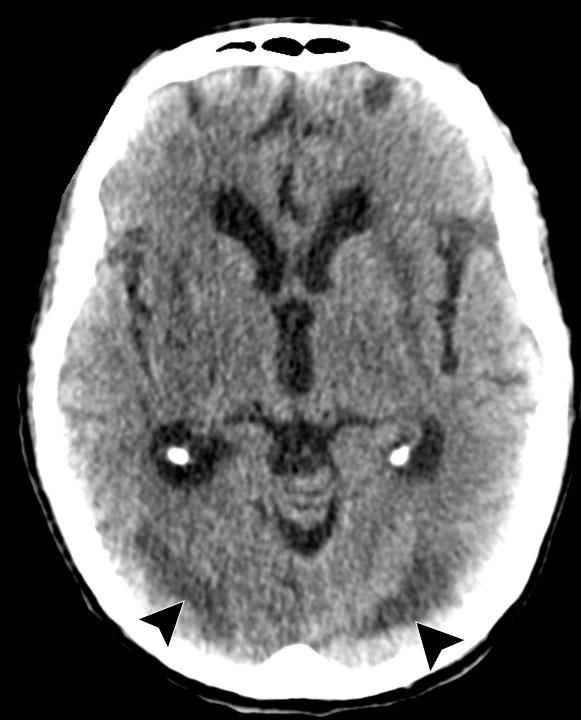 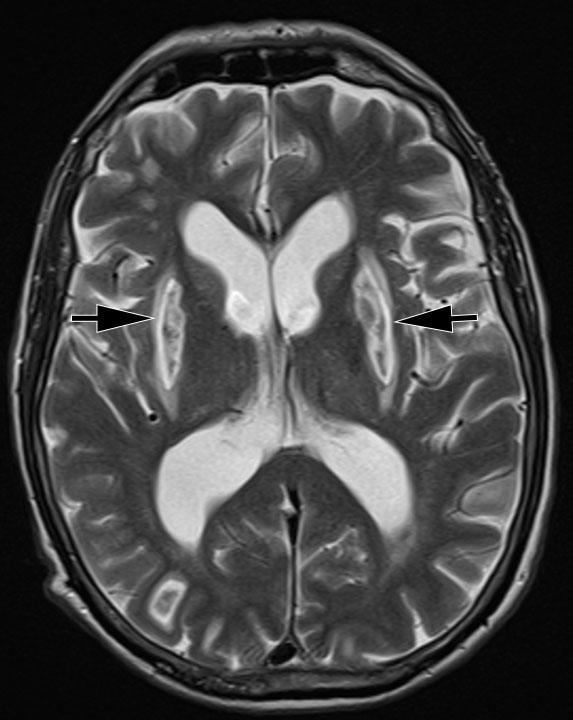 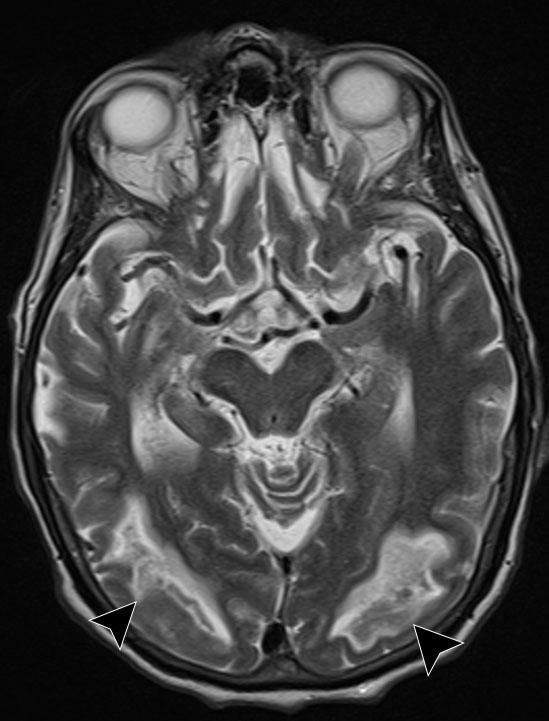 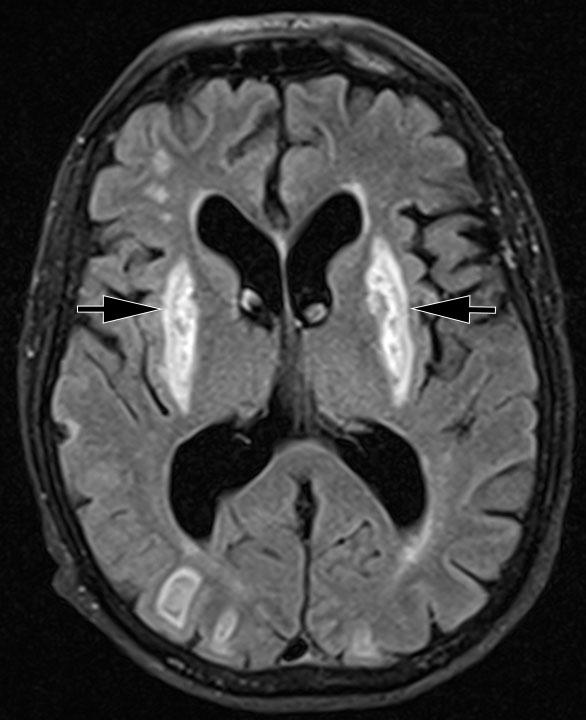 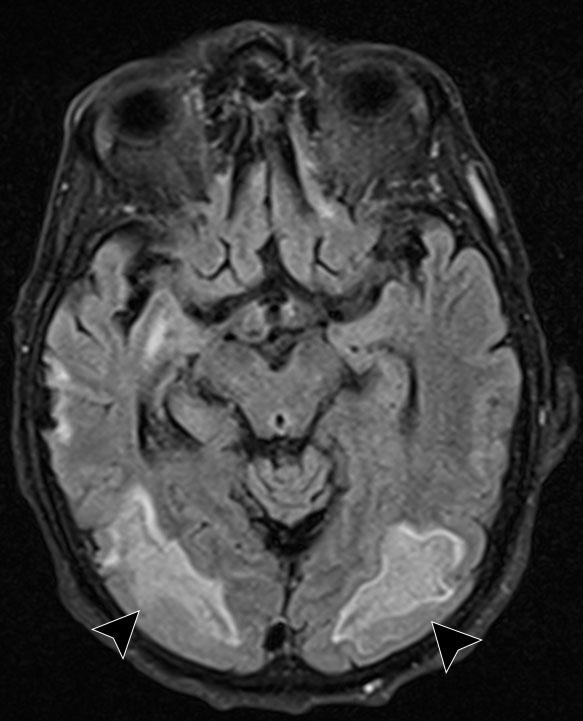 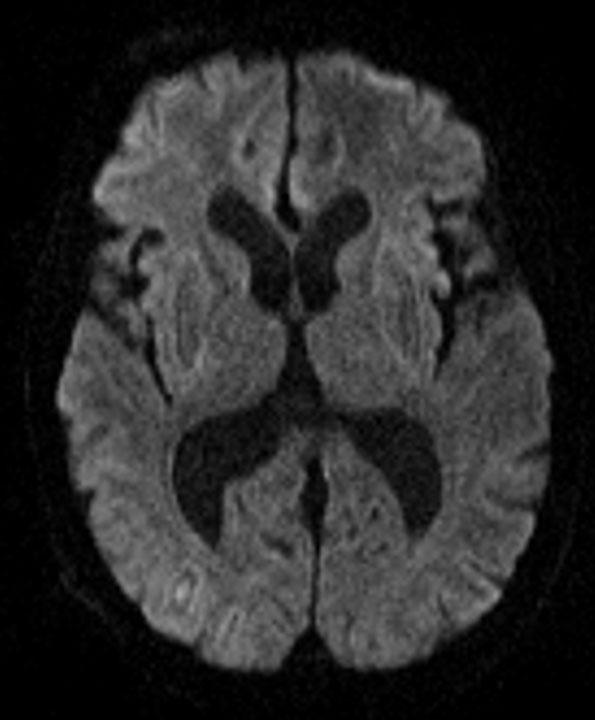 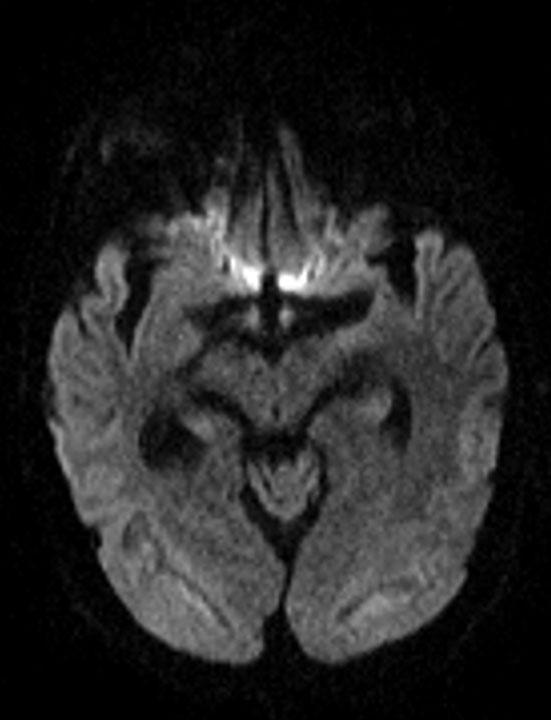 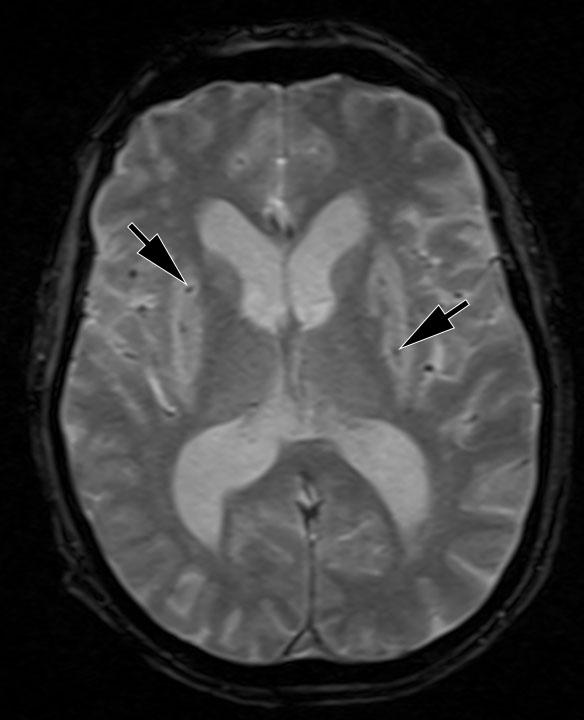 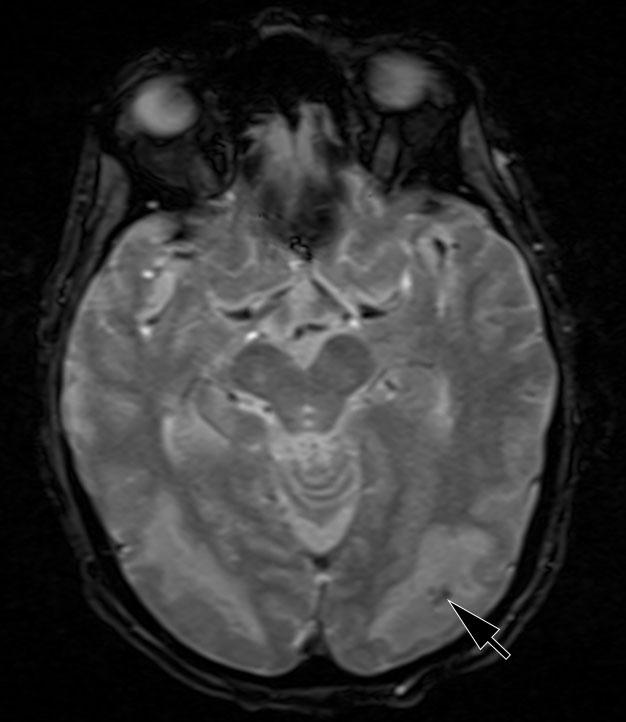 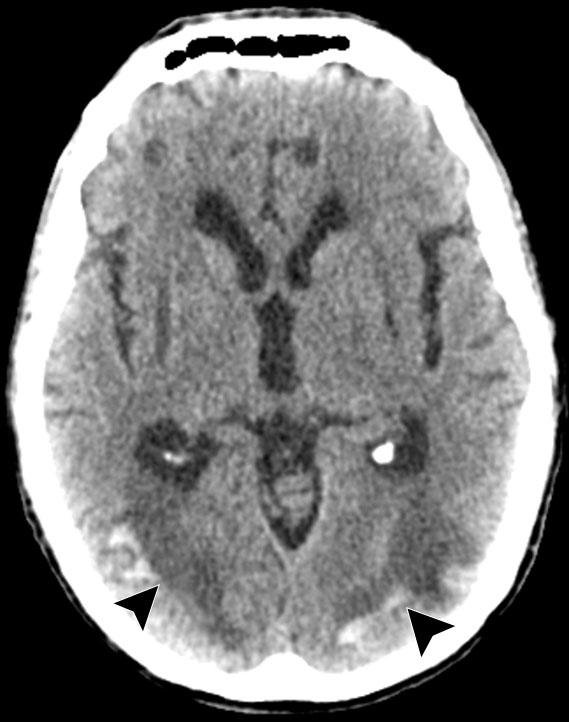 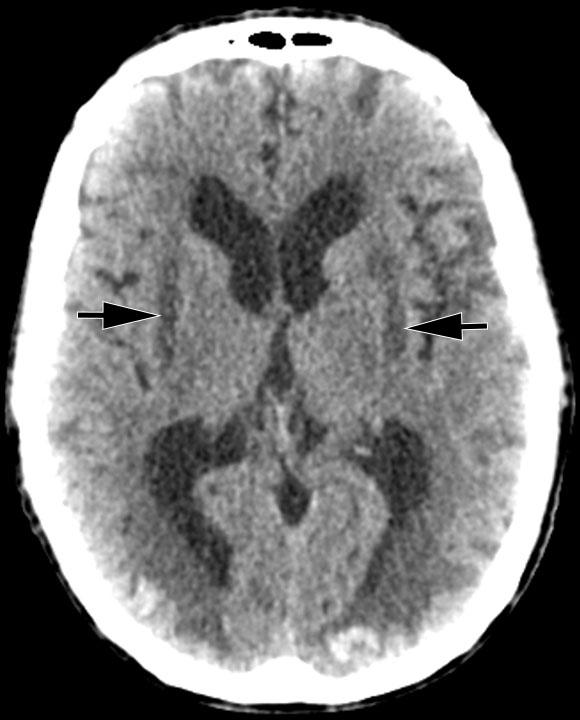