A 65-year-old woman, without relevant background history, was admitted to the emergency department due to recent onset of dyspnea and pleuritic pain. Physical examination was normal. Chest radiograph and computed tomography (CT) scan was then performed.

The chest radiograph (Figure 1) revealed a left para-aortic crescent of hyperlucency outlining the aortic arch, with sharp margins, extending from the apical lobe to the superior pulmonary vein, suggestive of left upper lobe collapse. This appearance is known as the Luftsichel sign. Also, an additional density in the left hilum can be defined and the left hilum and hemidiaphragm are mildly elevated. These findings are compatible with left upper lobe collapse secondary to left hilar mass.

Contrast-enhanced CT of the chest (Figure 2a and 2b) confirms the presence of left upper lobe collapse secondary to a left hilar enhancing soft tissue mass, causing complete obstruction of the left upper lobe bronchus.

Endobronchial biopsy of this lesion confirmed the diagnosis of squamous cell carcinoma.

However, in some cases, the hyperinflated superior segment of the left lower lobe interposes between the collapsed left upper lobe and the superior mediastinum, giving the posterior margin of the collapsed lobe a V shape. On chest radiographs, this finding is called the Luftsichel sign.

Left upper lobe collapse has some characteristic features in a chest radiograph that allows its prompt identification, which may indicate endobronchial pathology and the need for further study. 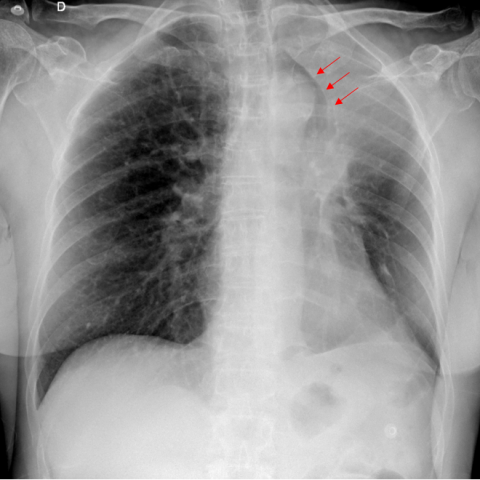 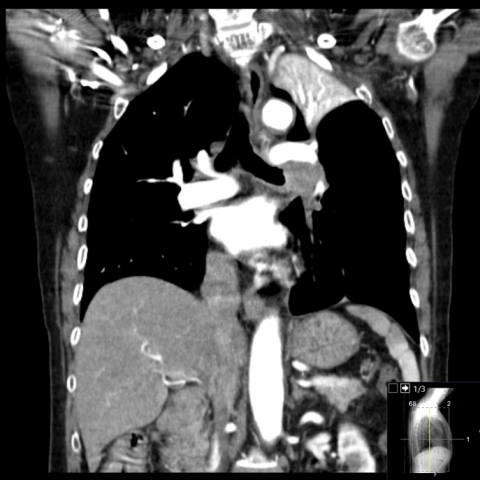 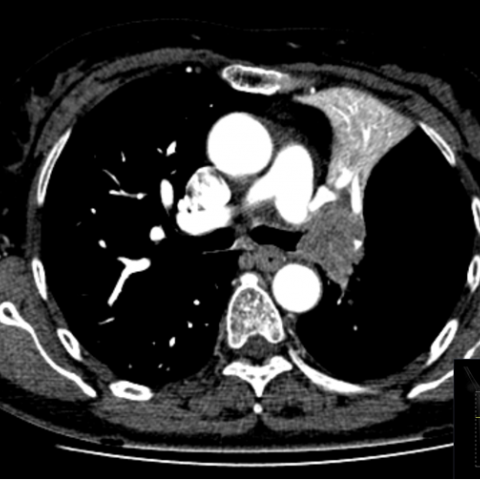 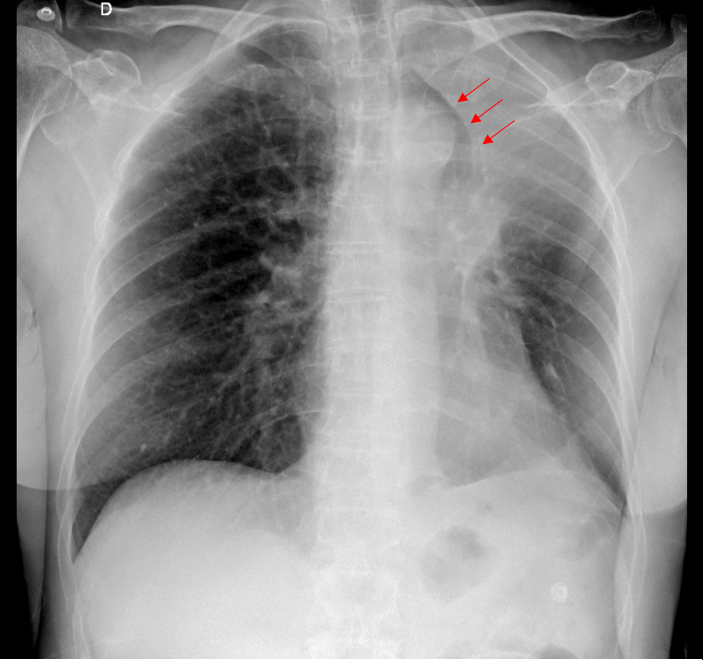 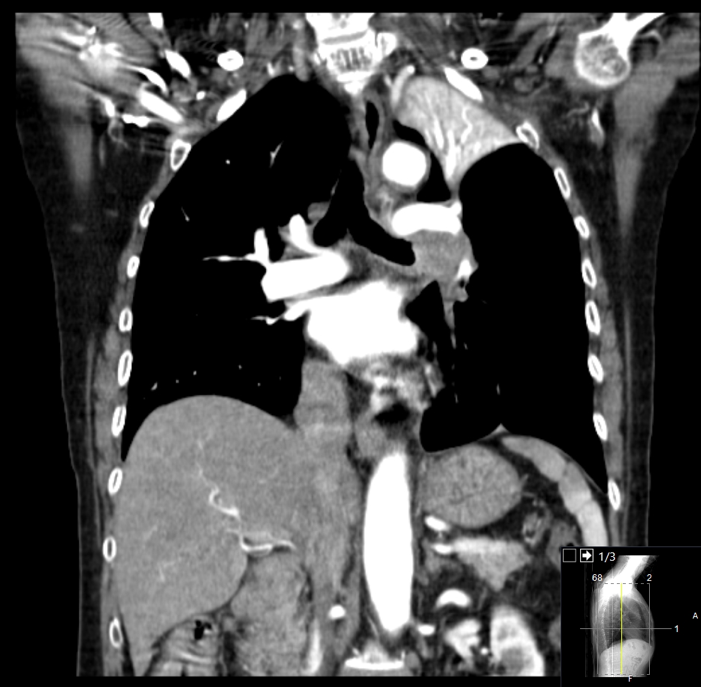 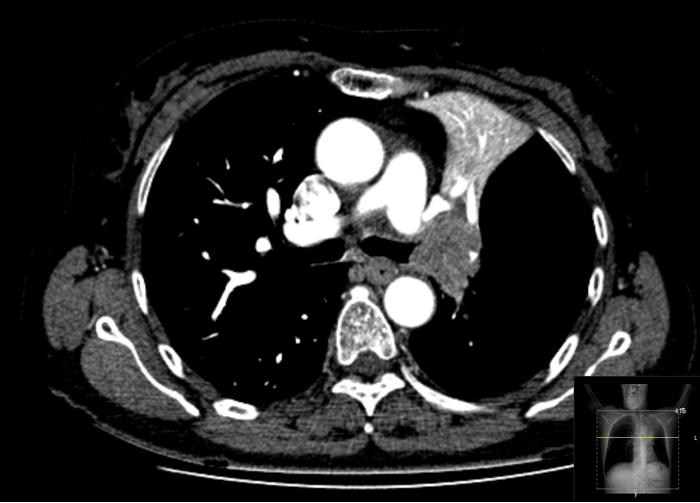