In 1933, the researchers Dyke, Davidoff, and Masson who first reported this rare condition in 9 patients who have plain skull radiographic changes presented with seizures, facial asymmetry, hemiparesis, and mental retardation. Subtotal or diffuse cerebral hemi-atrophy is classical imaging finding. [1]

Dyke–Davidoff–Masson syndrome (DDMS) have different form of clinical presentation depending upon the severity of the brain injury starting from  Seizures, facial asymmetry unilateral hemiplegia or hemiparesis to mental retardation with learning disabilities and occasionally, patients may have neuropsychiatric symptoms. In our patient, seizures for 3months are the cause behind mental retardation. [2]

Cerebral hemi-atrophy can be of two types, infantile (congenital) and acquired. The infantile form has etiologies such as neonatal, infections or gestational vascular occlusion involving the middle cerebral artery, unilateral cerebral arterial circulation anomalies, and coarctation of the middle part of aortic arch. The patient shows symptoms in the perinatal period or infancy. The main etiologies of acquired type are trauma, tumour, ischemia, infection, haemorrhage, and prolonged febrile seizure. Age of presentation depends on time of insult and characteristic changes may be seen only in adolescence or adult. [3]

Magnetic resonance imaging of the brain showed unilateral atrophy of the left cerebral hemisphere with dilatation of ipsilateral lateral ventricle and ipsilateral sulcal prominence. These findings were suggestive of the diagnosis of DDMS. Subtotal or diffuse cerebral hemi-atrophy is a classical imaging finding. However, unilateral focal atrophy may occasionally be noted in the cerebral peduncles and the thalamic, pontine, crossed cerebellar, and parahippocampal regions. Brain imaging may additionally reveal prominent cortical sulci, dilated lateral ventricles and cisternal space, calvarial thickening, ipsilateral osseous hypertrophy with hyper-pneumatization of the sinuses (mainly frontal and mastoid air cells), and an elevated temporal bone. There is no sex predilection, and any side of the brain can be involved, although involvement of the left side and male gender has been shown to be more common.

Management consists of control of seizures with appropriate anticonvulsants, as most of the patients with DDMS present with refractory seizures. Additionally, domiciliary physiotherapy, occupational and speech therapy play a good role in treatment. Hemispherectomy is the one indicated in patients with hemiplegia and intractable disabling seizures and is successful in 85% of the cases. Prognosis is poor in cases of prolonged or recurrent seizures and if hemiparesis occurs before two years of age. Hence, it is definitely very important for neurologists, paediatricians and radiologists to be familiar with this condition for its early diagnosis and treatment [4] 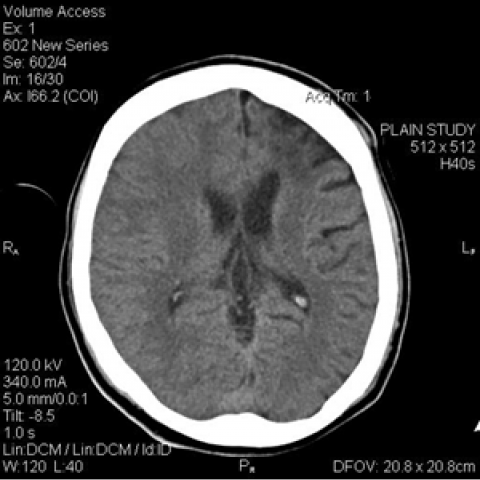 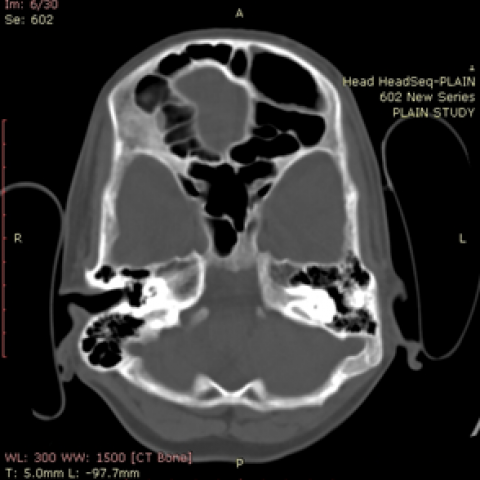 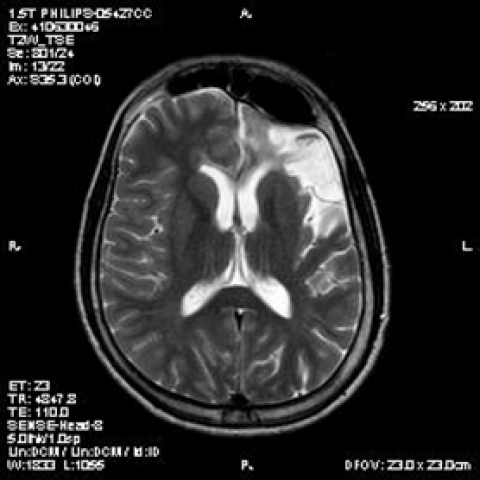 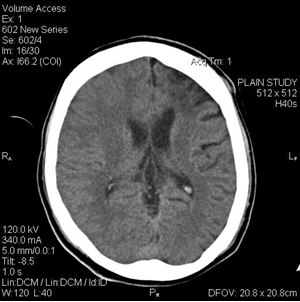 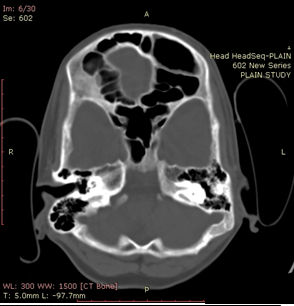 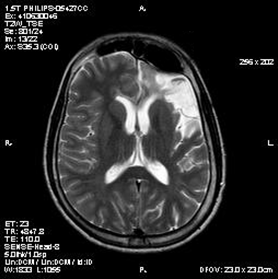