A 60-year-old male presented with breathlessness on exertion for one year. He was referred to the radiology department for a chest radiograph. He had no co-morbidities. On chest auscultation absence of breath sounds in the left hemithorax noted. He gives the history of blunt trauma to the chest 10 years back.

Pulmonary agenesis is an uncommon congenital anomaly that belongs to a spectrum of pulmonary underdevelopment. It can present either as an isolated entity or can be associated with anomalies involving the cardiovascular, gastrointestinal, genitourinary, or skeletal system [1]. It can present with variable respiratory symptoms and recurrent respiratory tract infections. Pulmonary agenesis presents as a unilateral condition as bilateral agenesis of the lung is not compatible with life [1].  Agenesis is more commonly seen on the left side and these individuals have a longer life expectancy.  The right-sided form carries a poor prognosis due to associated anomalies, mainly cardiovascular [2].

Pulmonary agenesis and aplasia result from complete arrested lung development of primitive lung during embryonic life, whereas pulmonary hypoplasia results from incomplete development of lung during prenatal development. It has been hypothesized that abnormal blood flow in the dorsal aortic arch during the embryonic phase causes pulmonary agenesis [4]. Other causes attributed to lack of vitamin A during pregnancy, viral agents, genetic factors,  as well as iatrogenic factors.

Pulmonary agenesis is the complete absence of lung parenchyma, bronchial tree, and supporting vasculature. Although pulmonary aplasia is similar to agenesis, the main difference being the presence of blind-ending bronchus in aplasia, whereas in pulmonary hypoplasia there is an incomplete development of lung resulting in abnormally low number/size of bronchopulmonary segments or alveoli.

Depending upon the stage of development of the primitive lung bud, pulmonary agenesis is classified into three categories initially described by Schneider later modified by Boyden [3]

Type 3 (Hypoplasia) – Presence of variable amounts of the bronchial tree, pulmonary parenchyma, and its vasculature.

Pulmonary agenesis can be diagnosed with different imaging techniques. A plain chest radiograph shows opaque hemithorax with mediastinal shift and compensatory hyperinflation of contralateral lung. Contrast-enhanced CT is a standard imaging technique for the diagnosis of lung agenesis, however other modalities as bronchography, bronchoscopy, and pulmonary angiography can also be used.

In our case, the diagnosis was made with chest radiograph, CECT thorax and fiberoptic bronchoscopy which showed,

a) Complete absence of left main bronchus and its bronchial segments.

Pulmonary agenesis is diagnosed prenatally only in few cases, as there are technical difficulties in differentiating from other lung malformations. Isolated pulmonary agenesis shows considerable time delay in diagnosis as the symptoms are nonspecific.

Treatment depends on the severity of symptoms. In most cases, surgical resection of the nonfunctioning lobe is performed with implantation of tissue expanders to place the mediastinum in its normal anatomical position. Survival prognosis depends on the functioning capacity of the contralateral lung. 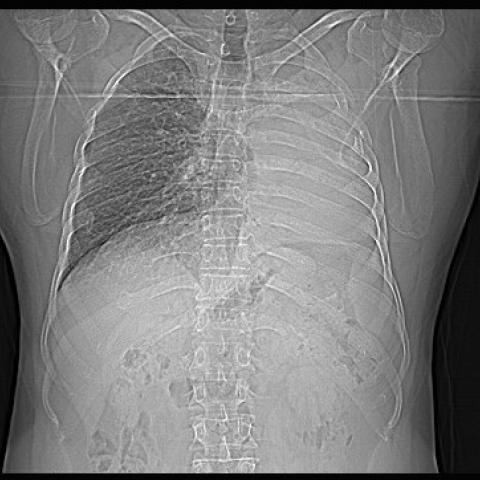 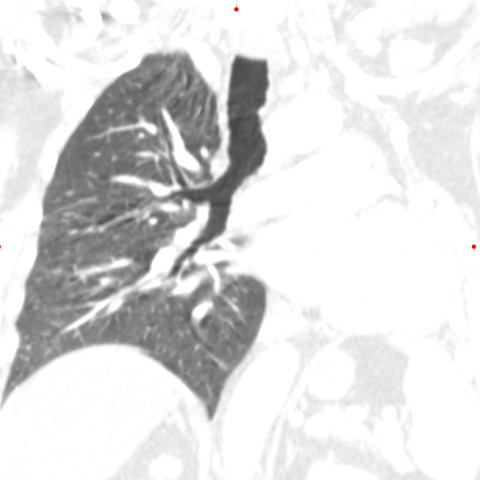 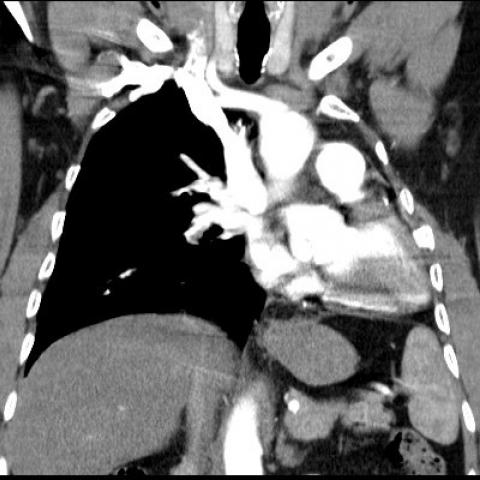 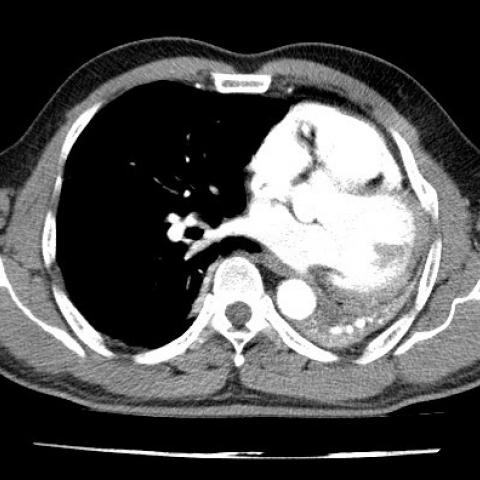 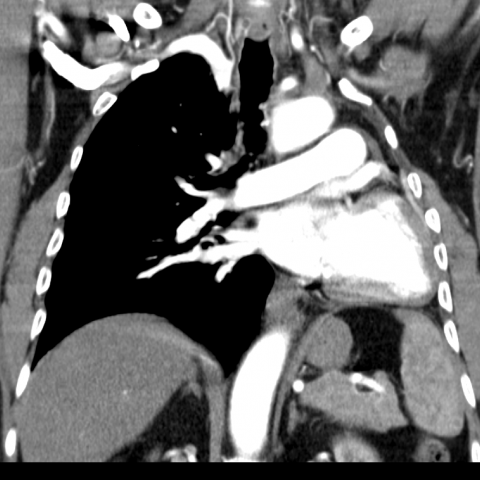 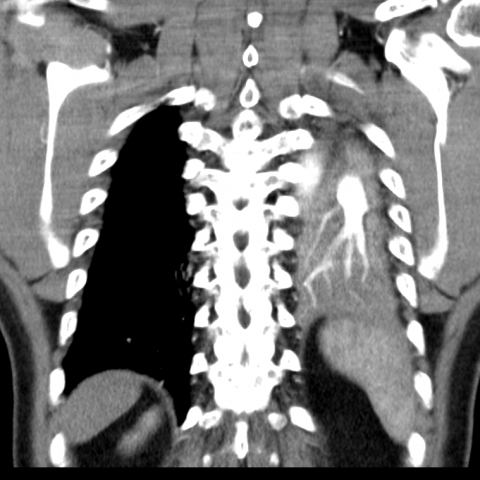 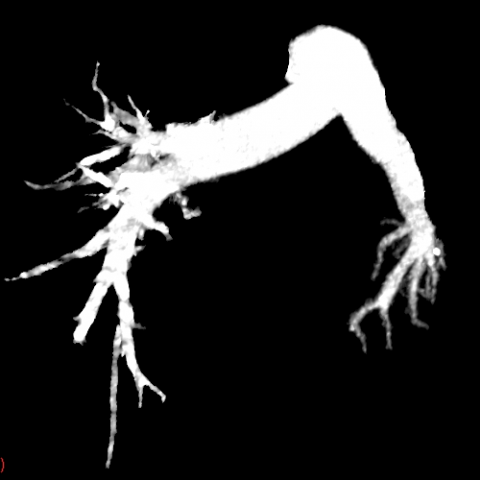 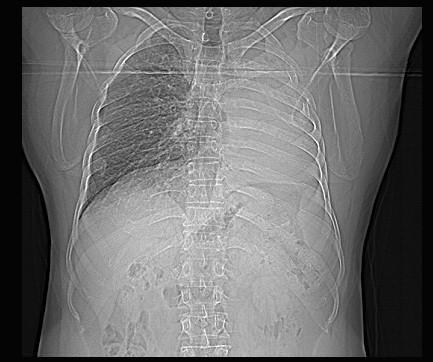 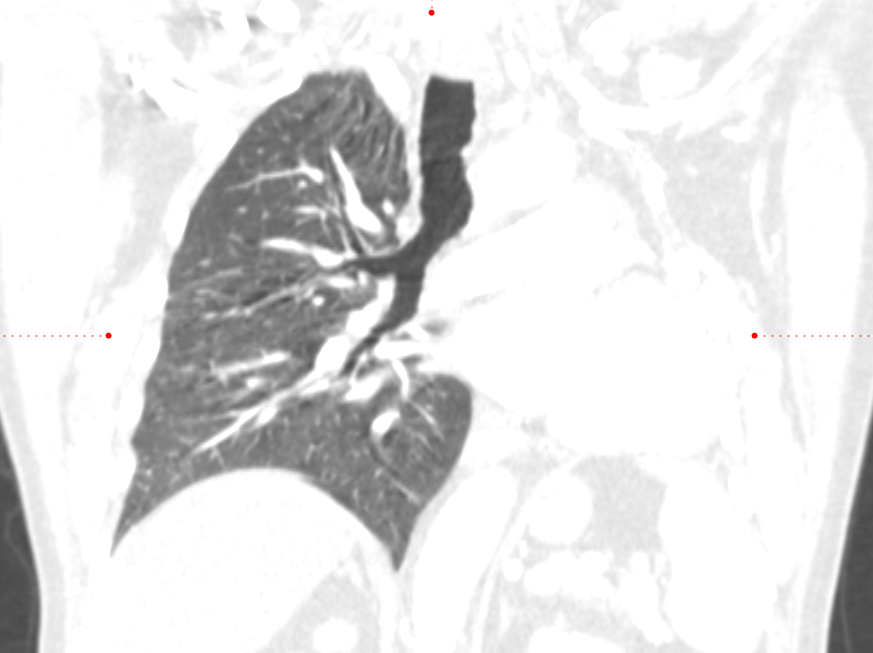 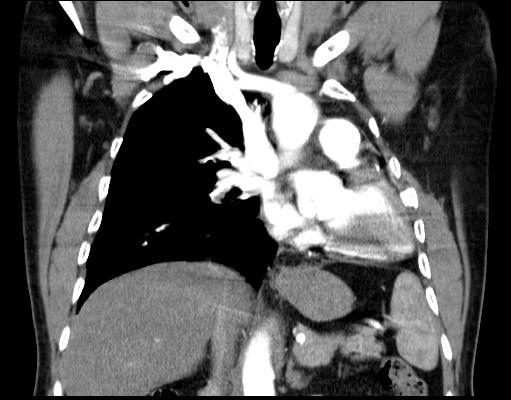 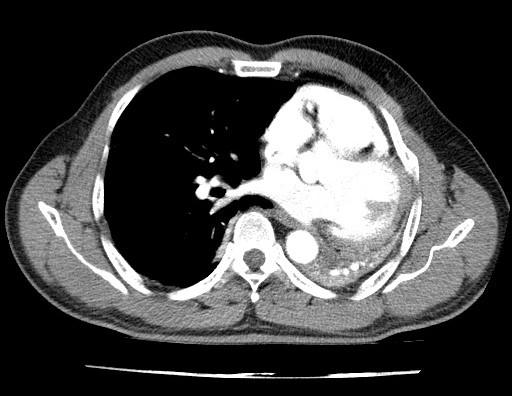 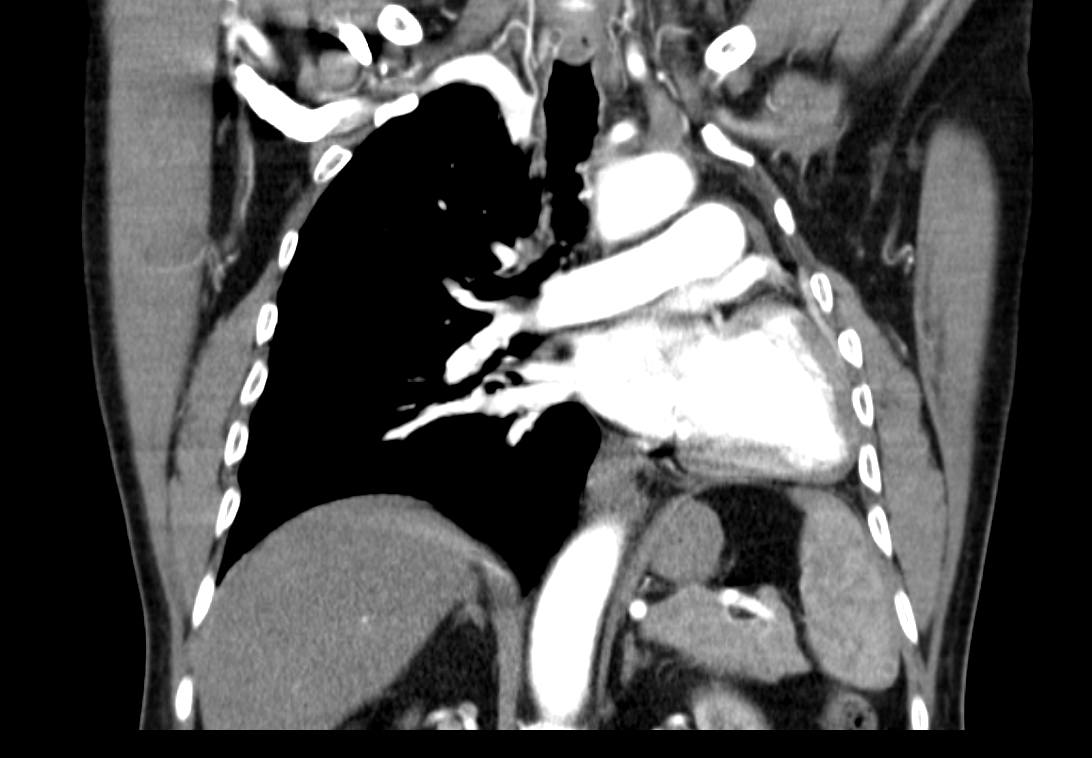 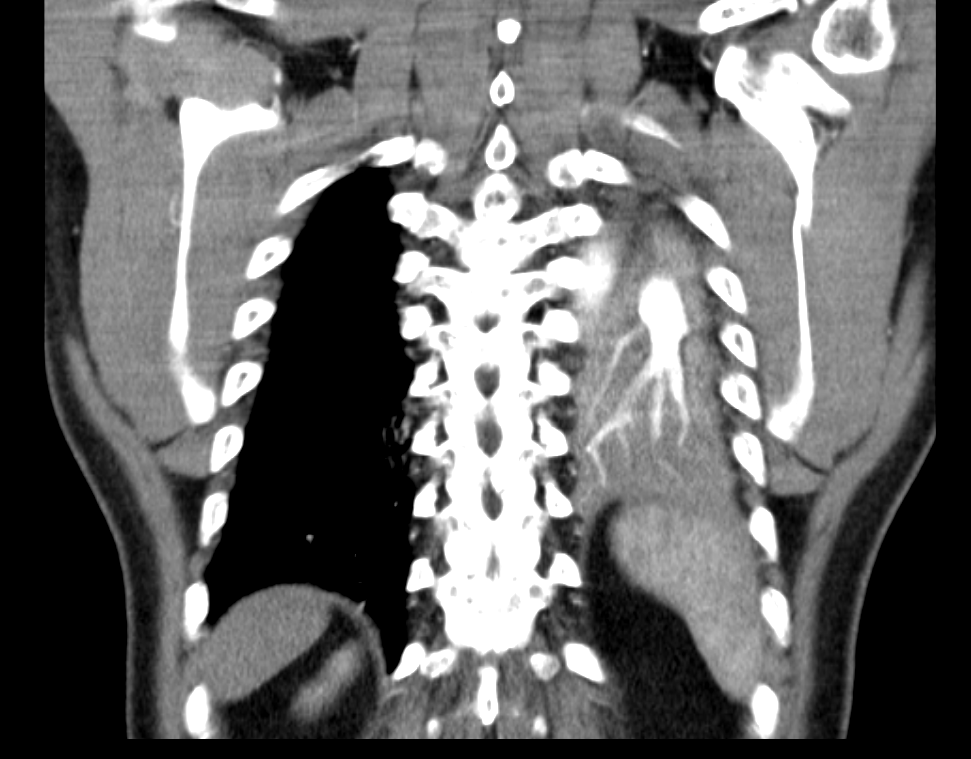 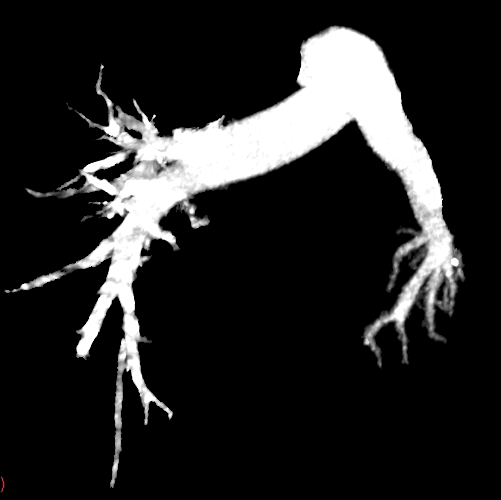