Two gentlemen, 35 and 40 years old, presented with severe headache and blurring of vision in bilateral eyes. They had a history of consumption of hooch – a day prior. Clinical and fundoscopic examination was unremarkable.

Acute methanol intoxication is a rare accidental/suicidal intoxication. It is also known to occur after consumption of adulterated alcoholic beverages. It is a cause of acute toxic leukoencephalopathy and also has chronic sequelae [1]. Methanol is finally metabolised to Formate which is a respiratory chain metabolic toxin. It inhibits cytochrome oxidase and causes hypoxia, metabolic acidosis and optic nerve demyelination. Putamen is commonly affected – as it has very high metabolic demands [2]. In our cases, hooch was consumed by the individuals which is an illicit whisky and contains methanol.

Symptom onset has a latency period of 12-24 hours. Most of the individuals present with visual disturbances. Three-quarters of all patients have headache, dizziness and nonspecific gastrointestinal symptoms such as nausea and vomiting. Few individuals (approximately 25%) are comatose on admission.

MRI demonstrates T2/FLAIR hyperintensity is bilateral putaminal and basal ganglia and sometimes in white matter with 25% exhibiting blooming foci on T2* (haemorrhage) in 25% of cases. Diffusion-weighted imaging (DWI) shows restricted diffusion in the acute stage of methanol poisoning. Optic neuritis can be seen in the form of T2/FLAIR hyperintensity with restricted diffusion of optic nerves. However, optic neuritis is not commonly seen in methanol intoxication. MR spectroscopy (MRS) shows reduced NAA and markedly elevated lactate [5].

In the chronic phase, cystic changes may be seen in putamen.

Diagnosis of methanol toxicity is based on the presence of severe high anion gap metabolic acidosis with high serum methanol levels with complementary role of CT/MRI scans of brain.

T2/FLAIR hyperintensity in bilateral optic nerves and bilateral putamina with restricted diffusion is highly characteristic for methanol poisoning. Methanol toxicity should be ruled out in a comatose individual/individual presenting with visual disturbances with alcohol intoxication. 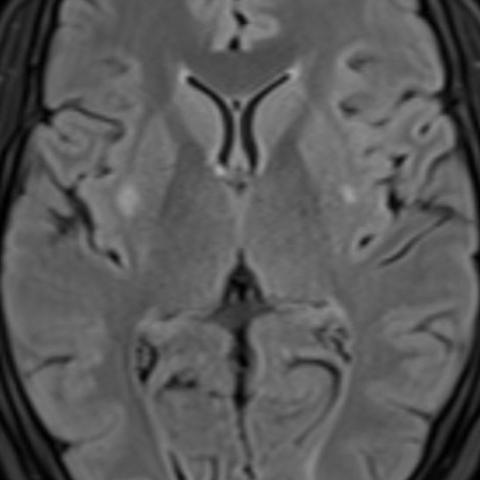 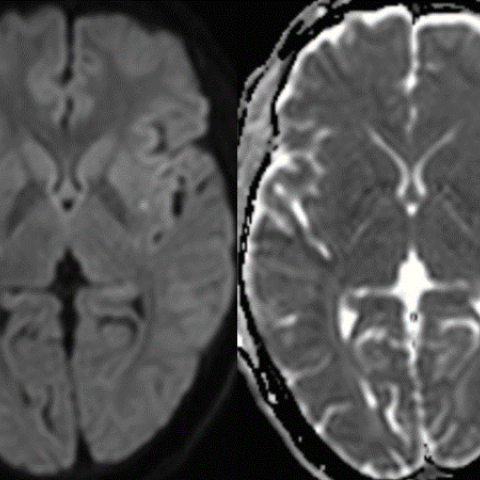 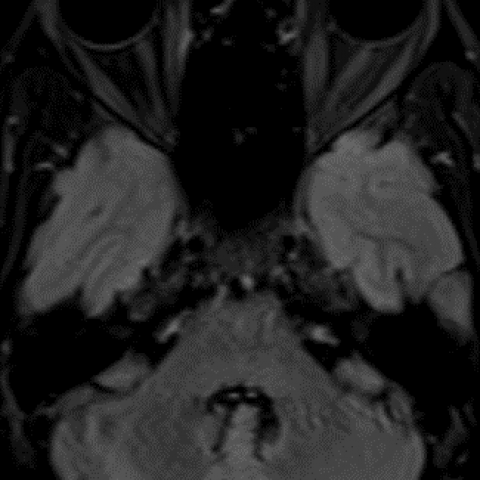 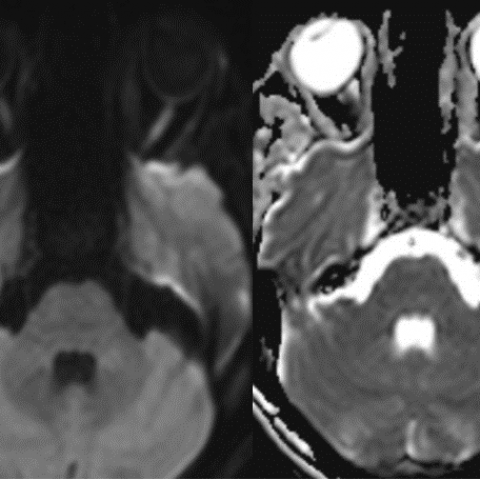 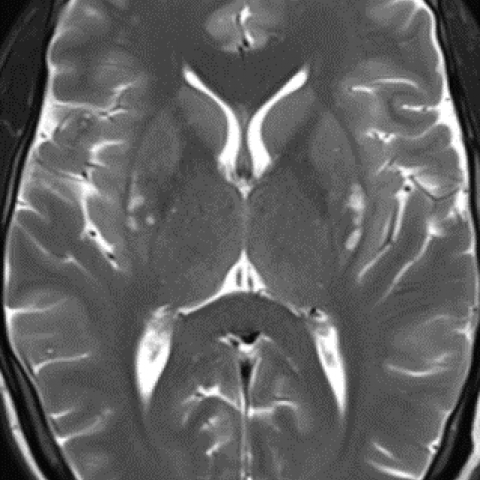 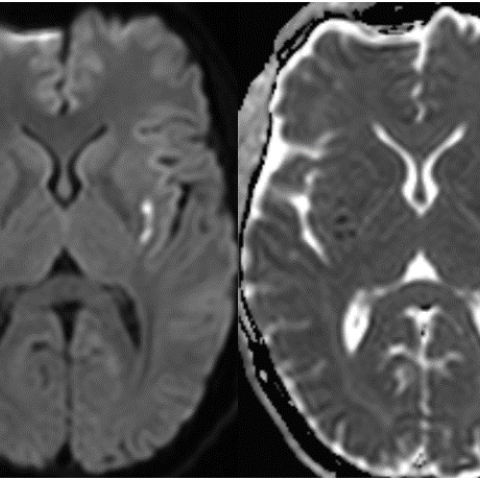 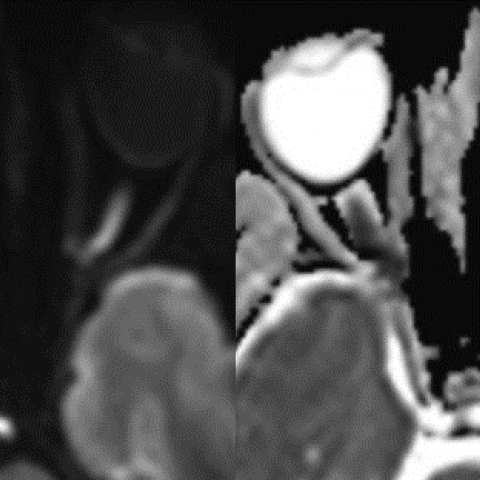 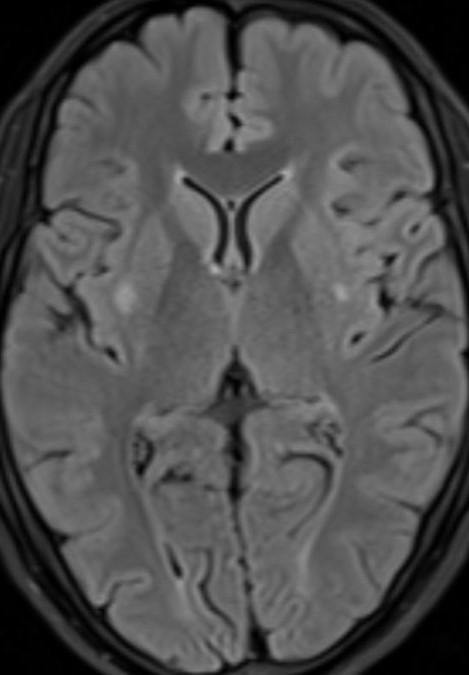 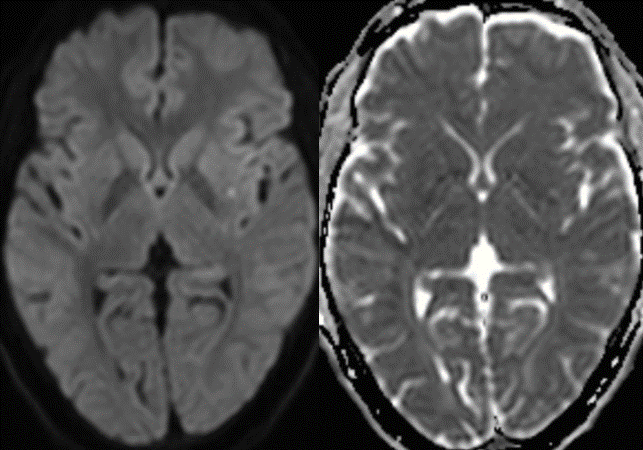 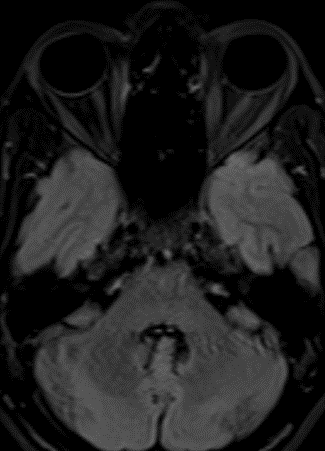 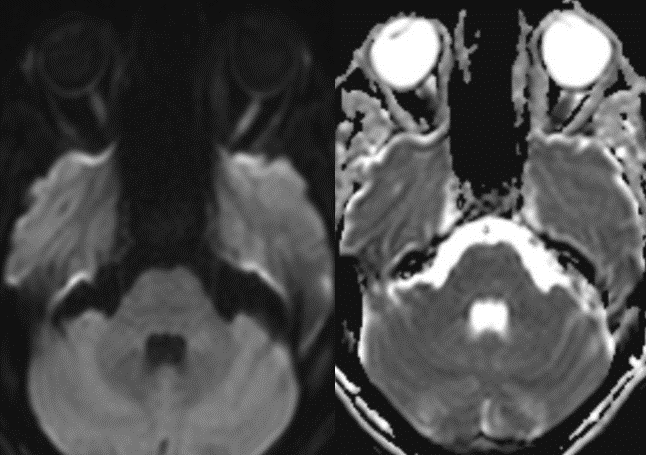 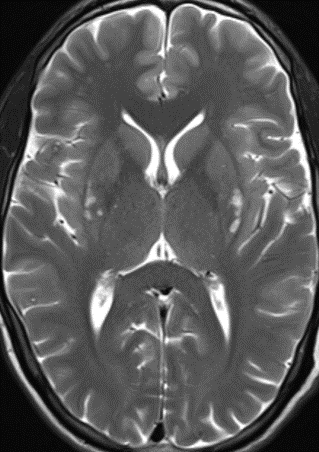 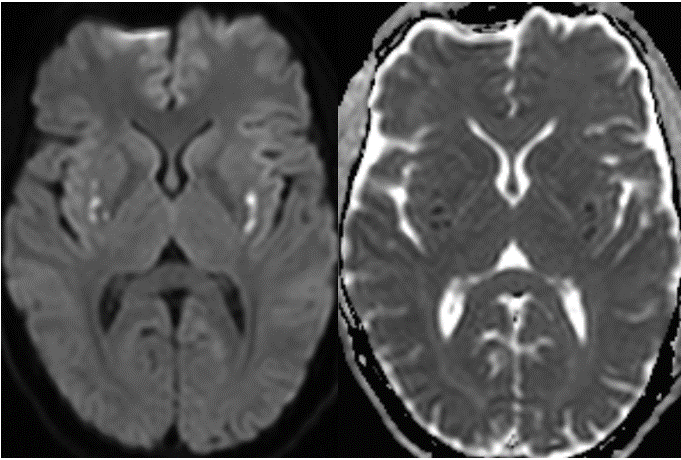 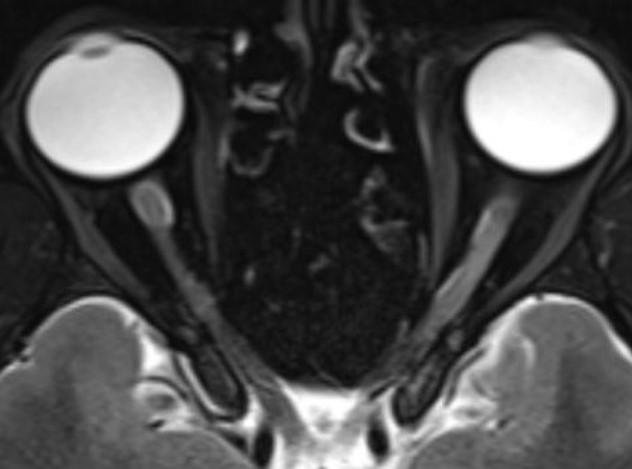