A 68-year-old male presented an episode of holocranial headache and syncope, and neurological evaluation showed language and level of consciousness preserved, without focal deficits.  The patient reported previous intracranial bleedings episodes and that his father was affected by the same condition.  The medical team requested imaging evaluation.

T1 showed some hyperintense signal due to methaemoglobin and subacute haemorrhage (Fig. 4).  There were some lesions with a low-signal halo on T2 and an internal area of ​​hypersignal in this sequence, the largest located in the left lentiform nucleus (Figs. 5a, 5b), configuring a “popcorn” aspect (haemoglobin degradation products). The largest lesions had mild gadolinium enhancement foci; however, they mostly did not enhance (figs. 6a, 6b, 6c).

The clinical picture is variable, characterized by seizures, focal deficits, and headaches. In FMCMS, repeated intracranial haemorrhages can cause dementia or parkinsonism in the elderly since new haemorrhages appear over the years [3].

Due to the absence of calcifications on the SWI phase map, the possibility of neurocysticercosis was ruled out. The distribution of lesions, including the nucleus-capsular regions and the posterior fossa, greatly disfavoured the diagnosis of amyloid angiopathy. Furthermore, the absence of significant contrast enhancement ruled out the possibility of secondary implants. Finally, the popcorn appearance of some lesions corroborated the diagnosis of multiple CV. The patient reported intracranial bleeding episodes since youth: currently, SWI reflects the extent and the depth of cerebral haemorrhagic lesions.

In the view of the clinical-radiological context, it became essential to define the lesions’ aetiology (familial vs nonfamilial). When MRI demonstrates countless lesions, the diagnosis of FMCMS should be considered. The diagnostic criteria include (at least one): 1- the occurrence of multiple CM (typically five or more); 2- the incidence of CM in at least two members of a family; 3- the existence of a mutation in one of the three genes related to FMCMS [3].

The genes implicated include the KRIT1, CCM2 or PDCD10, presenting with autosomal dominant inheritance [2]. Due to the genetic inheritance pattern, each child of a patient affected by the syndrome has a 50% chance of acquiring the disease. Since the clinical picture and imaging pattern were compatible, the diagnosis of FMCMS was corroborated [3].

Because there is no lesion with a mass effect that can be surgically intervened, the patient underwent neurological surveillance, with an improvement of symptoms and discharge within 24 hours. The patient was submitted to evolutionary control by MRI. 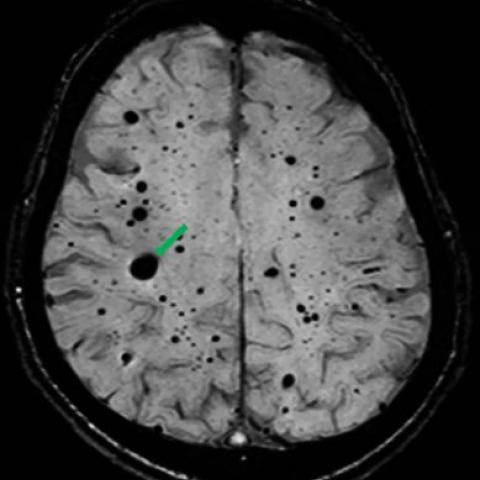 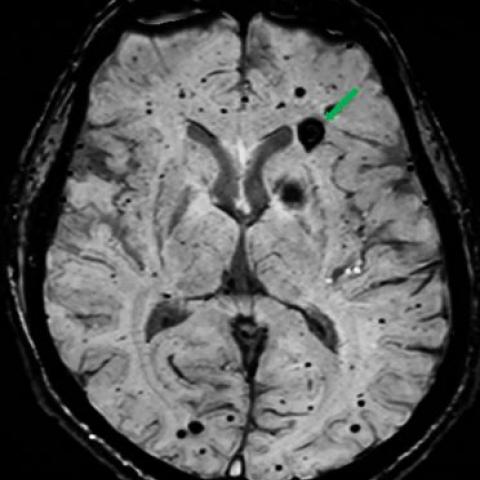 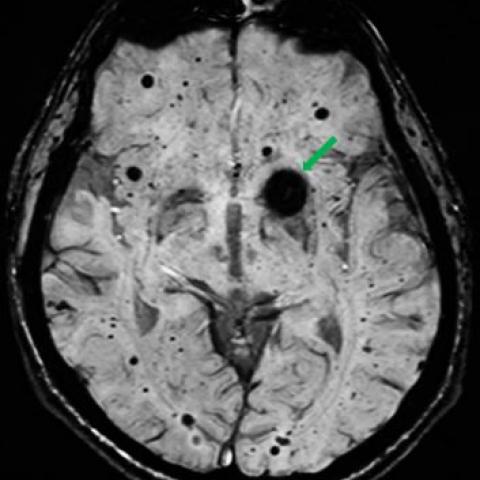 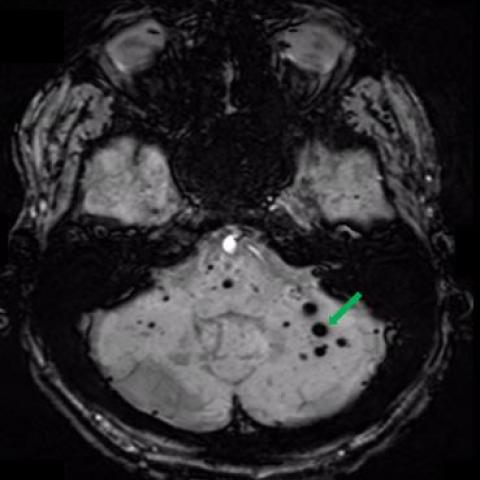 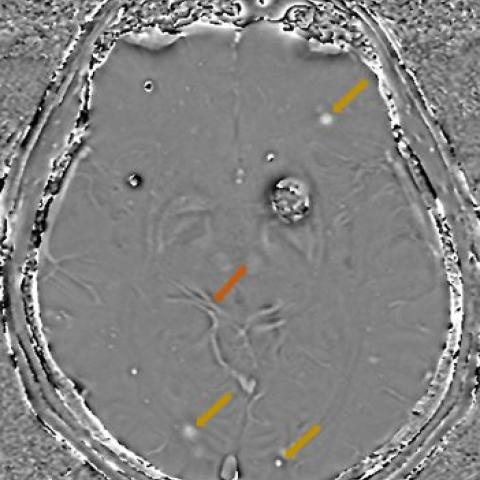 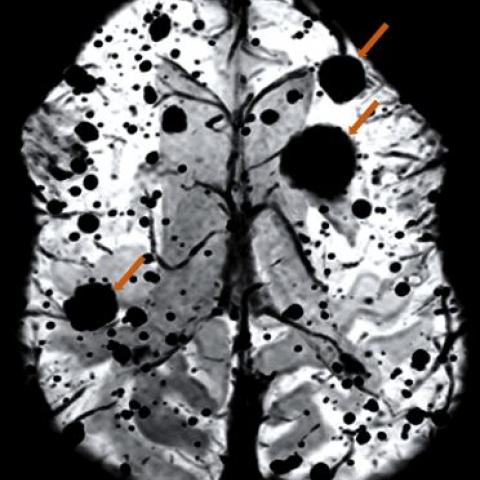 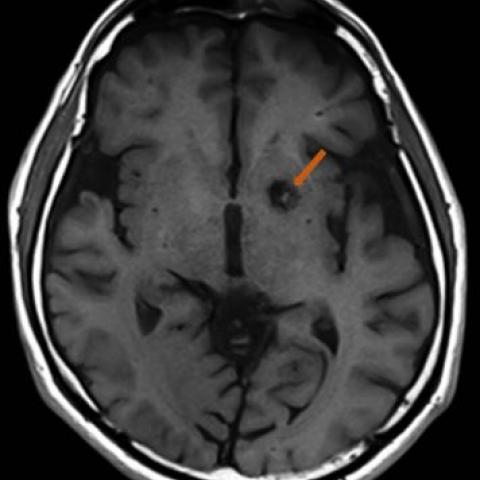 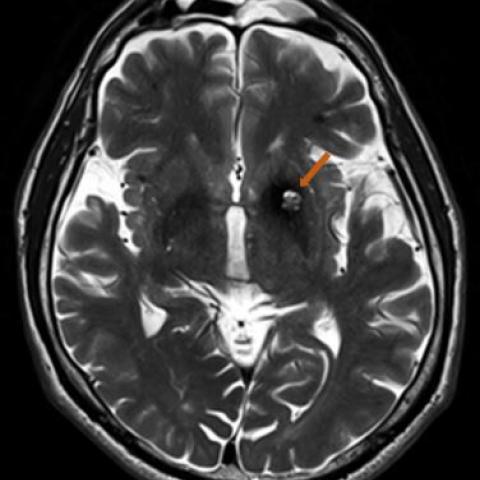 axial T2 shows a low-signal halo and an internal area of hypersignal in the largest lesion located in the left lentiform nucleus, configuring a “popcorn” aspect (orange arrow) 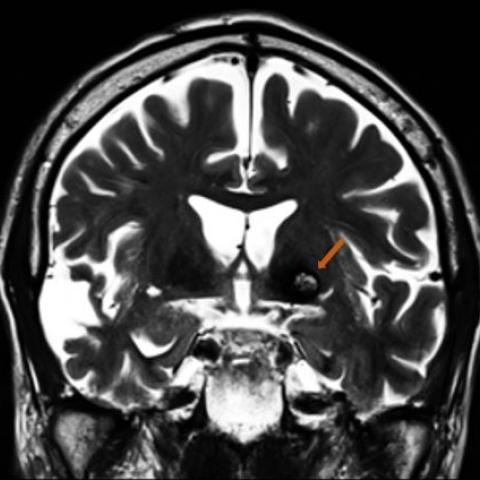 coronal T2 shows a low-signal halo and an internal area of hypersignal in the largest lesion located in the left lentiform nucleus, configuring a “popcorn” aspect (orange arrow)
Figure 6 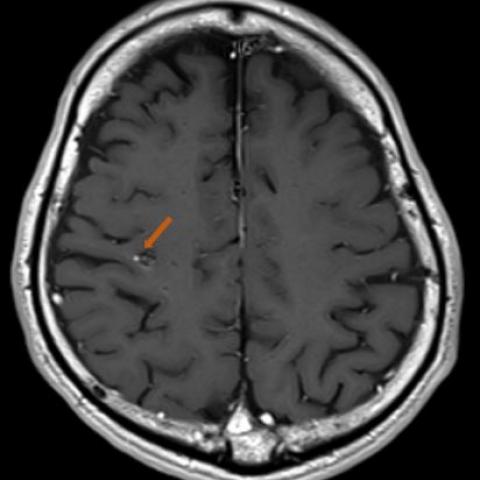 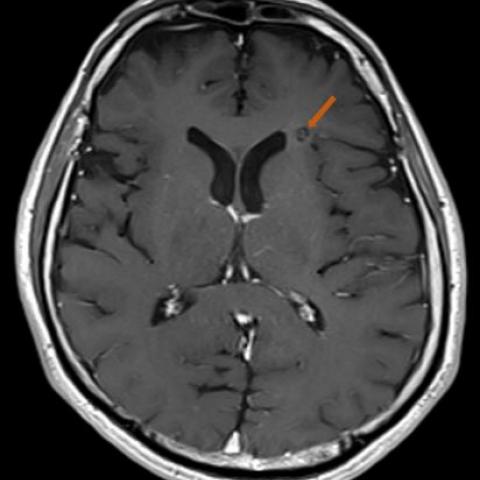 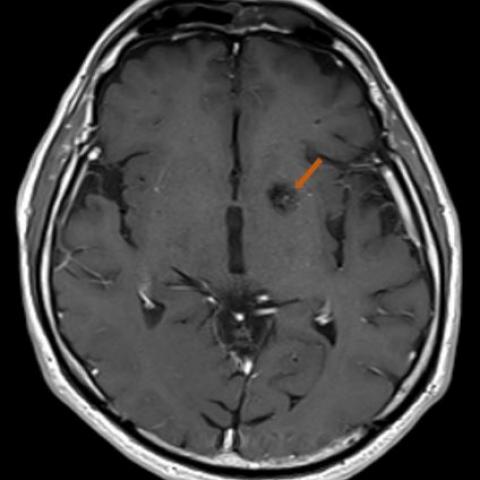 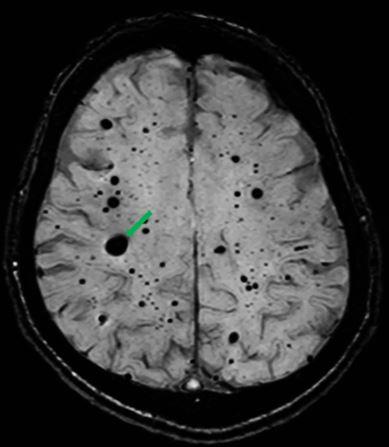 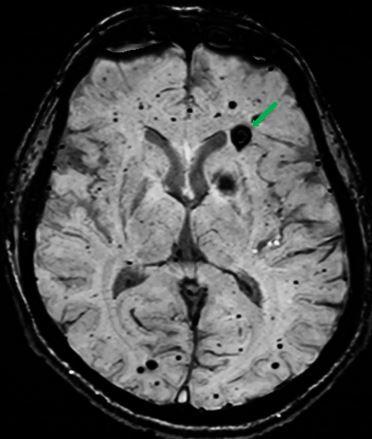 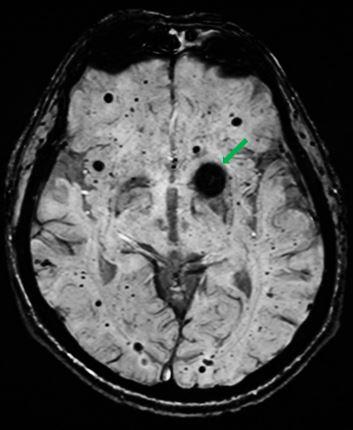 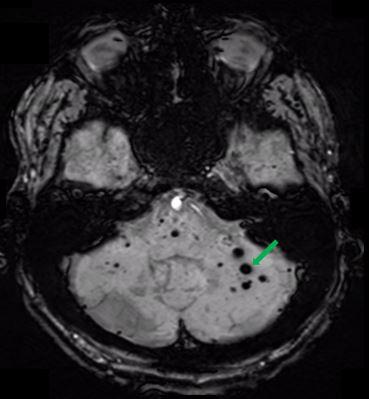 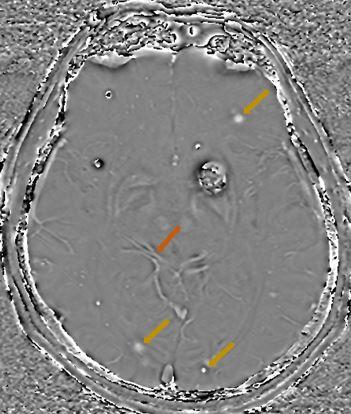 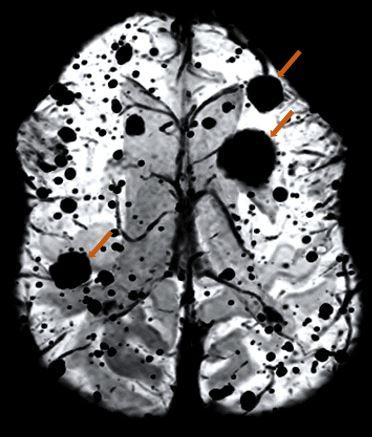 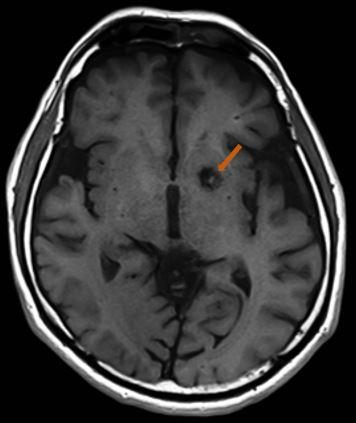 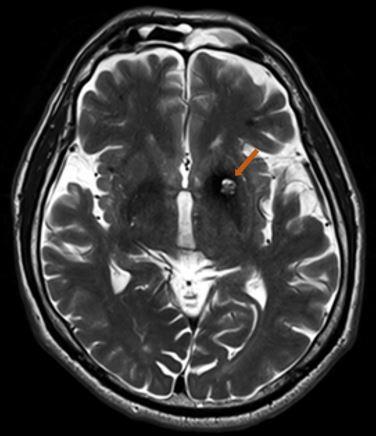 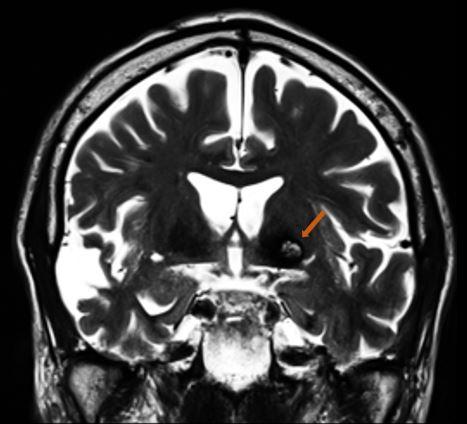 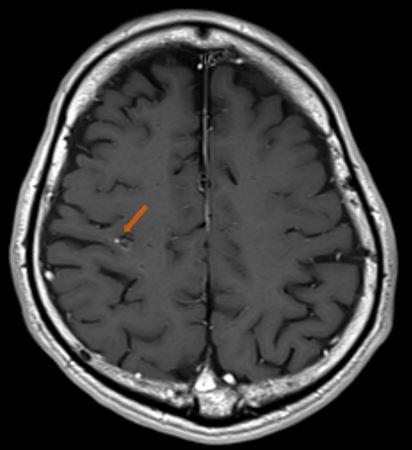 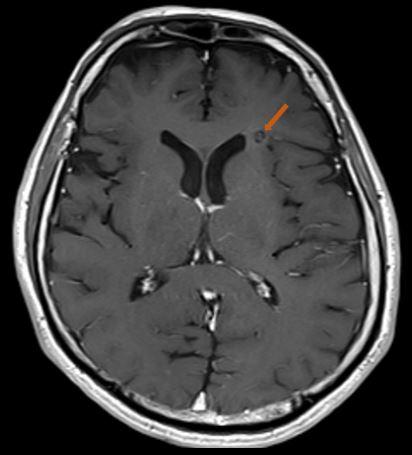 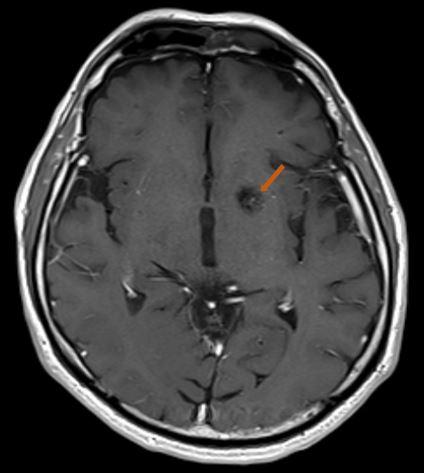