A 12-year-old girl, without significant medical history, was referred from her general practitioner for an MRI examination of the knee due to worsening knee pains, especially in the right knee. An MRI was performed to exclude a meniscal tear.

A focal spot of bone marrow edema was seen at the level of the physis in the lateral femoral condyle. There was no associated meniscal tear. Other findings were normal.

FOPE zones, or focal periphyseal oedema zones, are areas of bone marrow oedema that are primarily localized around the physes of the distal femur, proximal tibia of proximal fibula. They can extend into both the adjacent metaphysis and epiphysis. FOPE zones can be seen in both males and females. The presentation in males (typically around the ages of 13-14) is somewhat later than in females (around the ages of 11-12) due to later skeletal maturation.

The exact cause of FOPE is still unknown. They're regarded to be potentially painful manifestations of the physiologic physeal fusion. It is suggested that as the physis of the long bones begins to close, endochondral ossification occurs with small bony bars before complete fusion. These bars may act as anchors to the surrounding bone, which thereby alters the local mechanics resulting in small amounts of vascular damage and bleeding in young, active adolescents. [1]

Conventional X-rays of the knee will appear normal, since bone marrow oedema cannot be seen on a plain radiograph. The imaging modality of choice consist of an MRI of the knee, which can demonstrate the focal zones of increased periphyseal T2 signal, consistent with focal bone marrow oedema.

Although FOPE zones may be symptomatic and may be a cause of pain, they do not require treatment. FOPE is a self-limiting condition with spontaneous resolution over time. [2]

No follow-up imaging is needed. 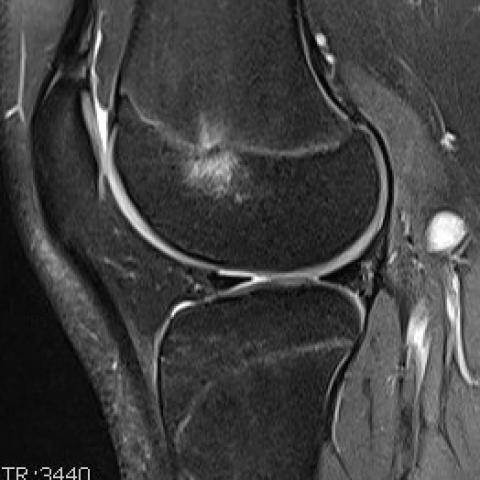 T2-weighted image in the sagittal plane shows a periphyseal focal spot of bone marrow edema. This is called a FOPE zone
Figure 2 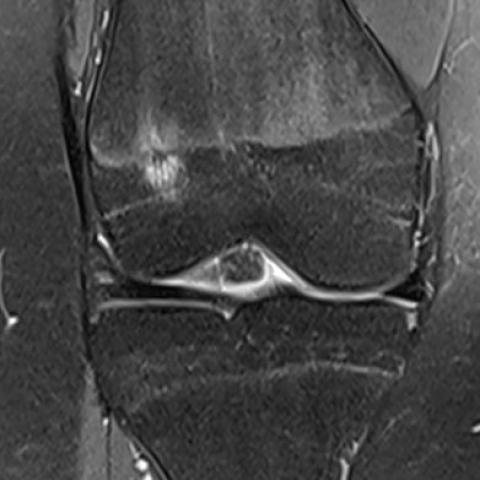 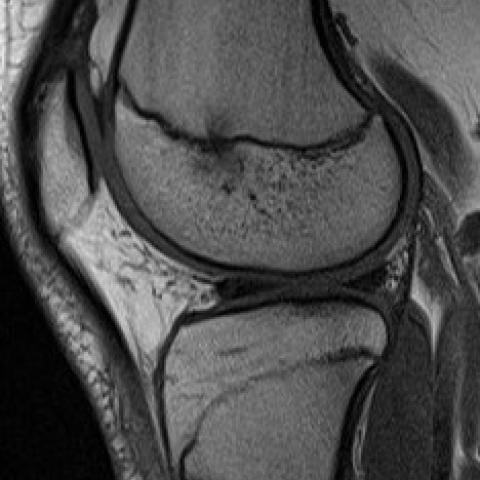 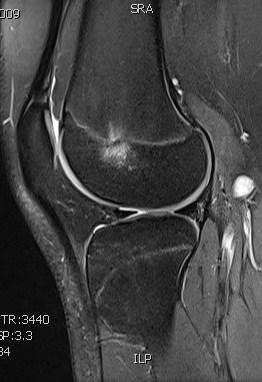 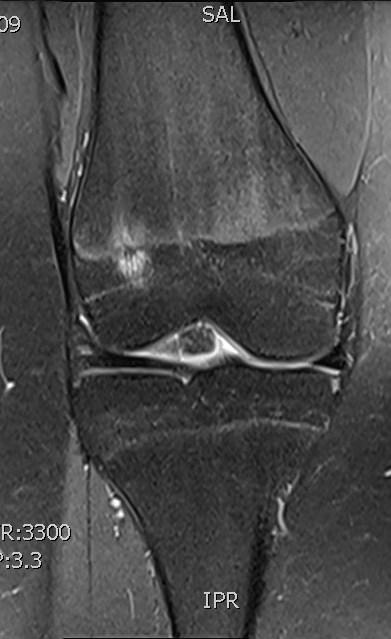 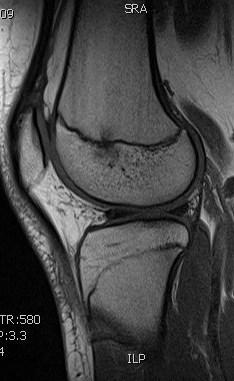 T1-weighted image in the sagittal plane shows the FOPE zone as a focal spot of intermediate to hypo-intense signal around the distal physis of the femur
Department of Radiology, Jessa Ziekenhuis, Hasselt, 2021