A 39-year-old man discovered a painless palpable mass in the left hemiscrotum during self-palpatory examination. He had no history of epididymitis, torsion, or trauma. The patient's alpha-fetoprotein, beta-human chorionic gonadotropin and lactate dehydrogenase levels were normal and a sonographic evaluation was consequently performed.

Axial and longitudinal ultrasound grey images showed the presence of a small hyperechoic nodule in the lower pole of the left hemiscrotum (DT=7mm); no hydrocele was seen (fig. 1- fig.2). The colour Doppler evaluation showed peripheral, low vascularity (fig. 3) of the nodule. After that the patient was placed in a semi-recumbent position: this  ‘manoeuvre’ performed at sonography showed a hypoechoic line as a separation between the nodule and the parenchyma of the testis, so the paratesticular origin of the nodule. The echogenic area-distance between the epidermis and the tail of the epididymis was also shown to demonstrate the separation between the nodule, the epidermis and the epididymis (fig.4).  Surgical exploration with a routine intraoperative frozen section biopsy showed the presence of adenomatoid tumour of the tunica albuginea testis. This tumour was confirmed after local excision and pathological examination of the specimen (fig. 5-fig.6). Patient showed no signs of recurrence.

Adenomatoid tumour, the second most common benign tumour of the paratestis after lipoma, accounts for approximately 30% of all paratesticular neoplasms. The great majority of these tumours in men are found in the epididymis  (about 77%), the testis sheath or tunica albuginea (about 22%), with only rare case reports in the spermatic cord (about 1%) from the seminal vesicle [2]. The tumours are smooth, round, and well-circumscribed and can vary in size from a few millimetres up to 5 cm. They are believed to be of mesothelial origin and are universally benign [2].

It is a substantial clinical very rare tumour and it typically presents as a hard painless mass discovered incidentally on physical examination of the scrotum in men between the third and seventh decades, and more common of 30-40 years old.

Sonography is the primary imaging method used to evaluate the origin of a scrotal mass. On sonographic scans, they typically appear hyperechoic and homogeneous. This appearance should not, however, be considered characteristic because great variability in sonographic findings has been reported. If the lesion is confined to the epididymis, the differentiation can easily be made.  However, if the lesion is originating from the tunics of the testis, the differentiation can be troublesome. As a matter of fact, if the tumour arises from the lamina parietalis of the tunica vaginalis, sonographic differentiation is possible when sufficient fluid accumulation separates the layers of the tunica vaginalis, but it is not possible when the tumour arises from the lamina visceralis of the tunica vaginalis or the tunica albuginea [3]. Additional ultrasound images performed after the ‘manoeuvre mentioned’, MRI and CT evaluation if necessary, may provide morphologic evidence to allow precise localisation of the origin of the mass and may also show typical features that enable further confidence of a benign diagnosis [4].

Therefore, scrotal exploration and histological examination can be regarded as mandatory; it is also recommended routine intraoperative frozen section biopsy as it may allow for testicular preservation. 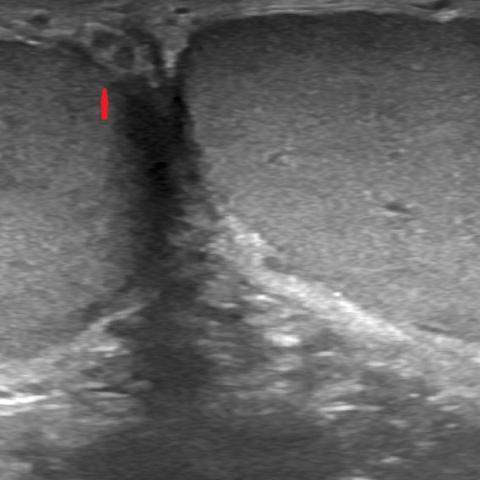 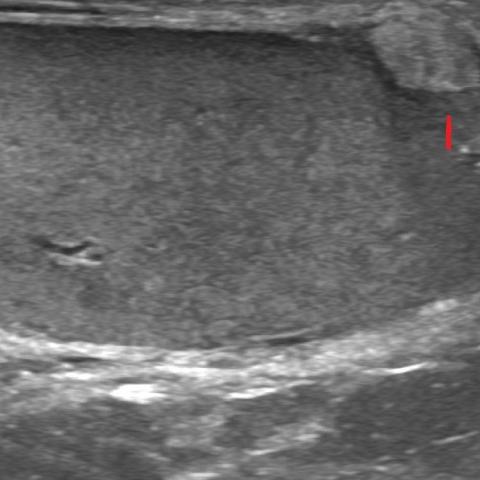 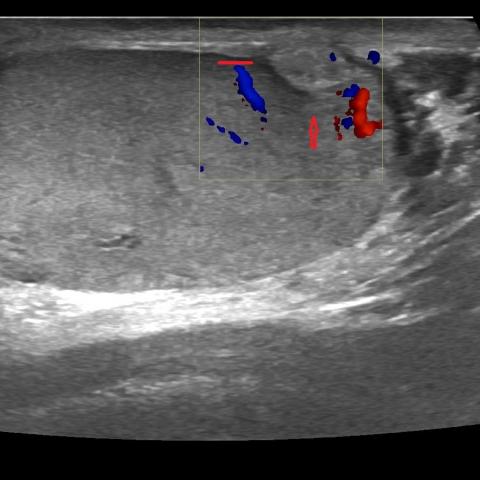 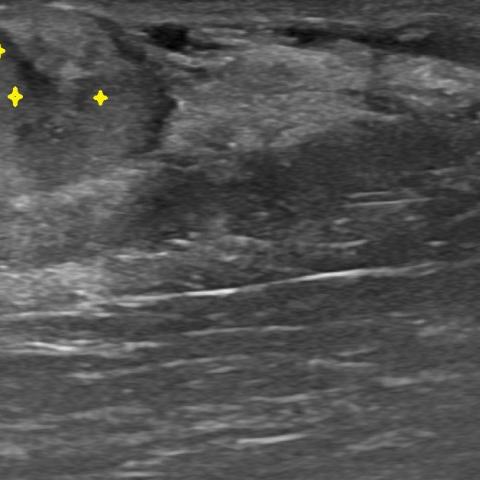 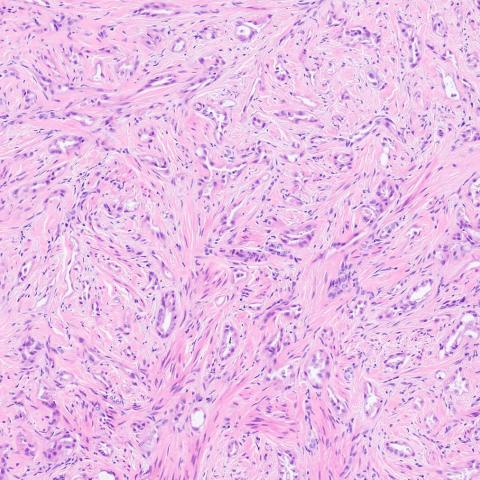 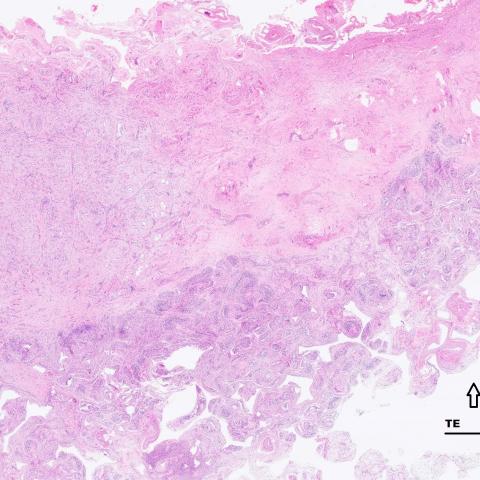 AXIAL SONOGRAPHIC IMAGE shows bilateral parenchyma of the testes and a hyperchoic nodule of the lower pole of the left hemiscrotum
Department of Emergency Radiology and anatomic Pathology of the Policlinico IRCCS SanMartino. Genoa, Italy

LONGITUDINAL SONOGRAPHIC IMAGE shows a small (7mm) hyperechoic nodule of the lower pole of the hemiscrotum
Department of Emergency Radiology and anatomic Pathology of the Policlinico IRCCS SanMartino. Genoa, Italy 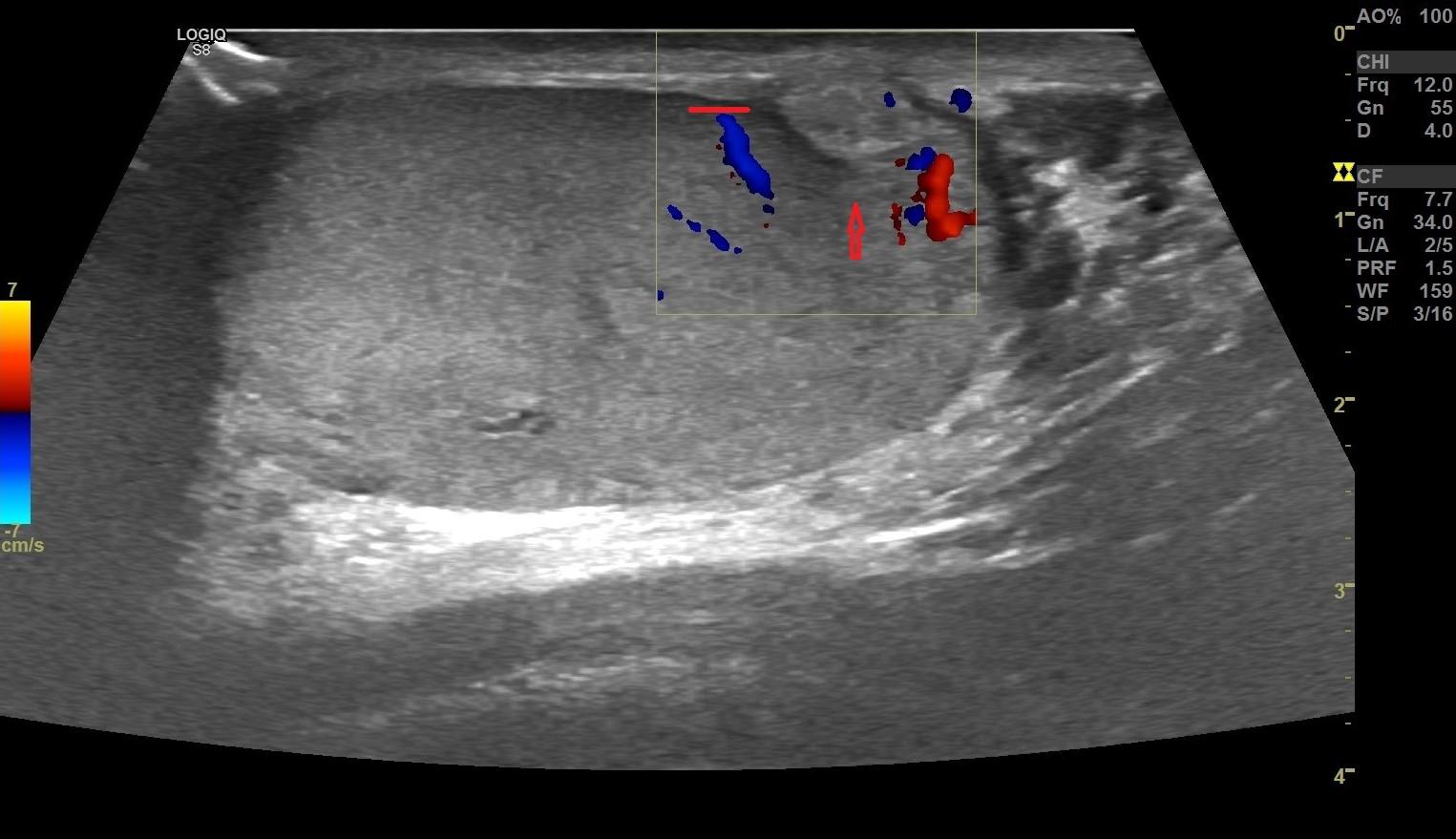 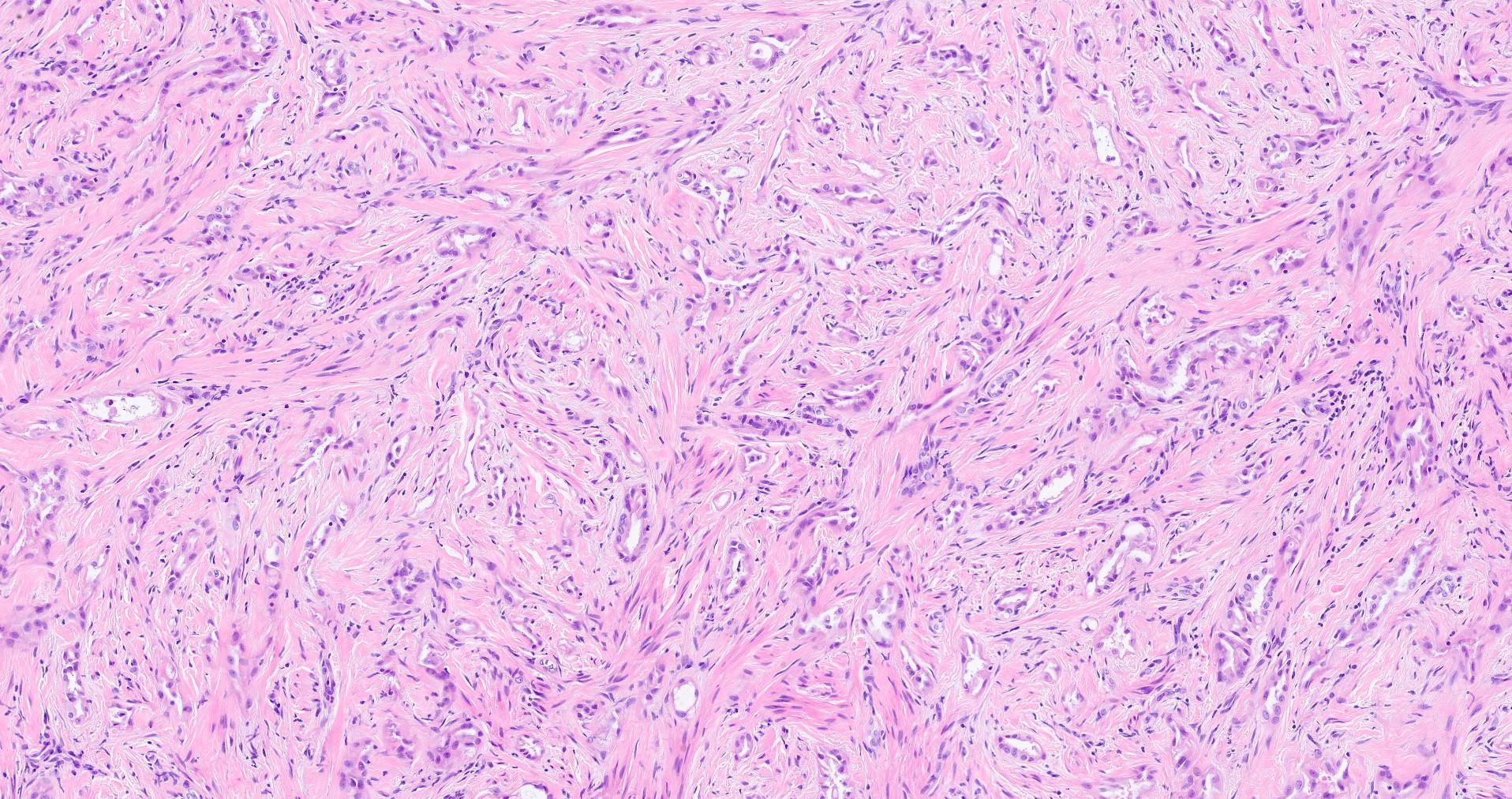 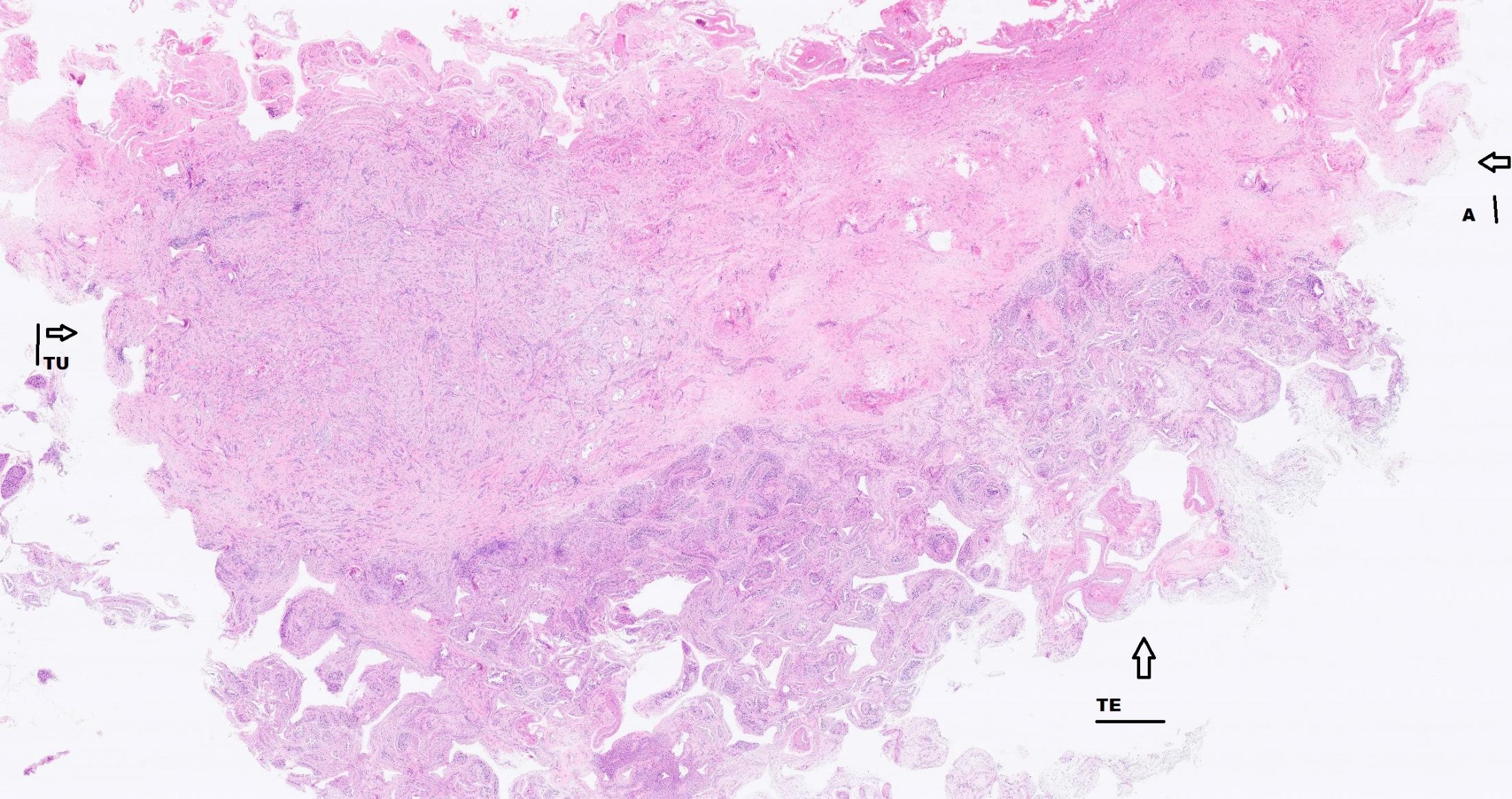