A 39-year-old man presented to our hospital with progressive headache, vertigo, and visual impairment from one month without fever or other signs/symptoms of infections. The patient was not immune-compromised. A small left testicle mass was incidentally found on physical examination. Left radical orchiectomy was performed and histopathological examination revealed a testicular seminoma.

Brain MRI with and without paramagnetic contrast agent was performed which revealed two infratentorial masses (26×27mm located in the middle and superior aspect of the cerebellum and another 35×45mm mass in the right cerebellar hemisphere) which were isointense to mildly hyperintense on T2WI and isointense to hypointense on T1WI images (relative to grey-matter) (Figs.1a,1b,1c). The mentioned masses were associated with mild surrounding oedema on FLAIR image causing mass effect on the fourth ventricle & resultant in mild hydrocephalus (Figs.2). After contrast injection, both masses intensely and homogeneously enhanced (Figs.3a,3b,3c,3d) and also showing restricted diffusion and low ADC values (Figs.4).

The above-mentioned imaging finding was typical and raises the suspension of cerebellar lymphoma, however, metastatic diseases (considering the patient known tumour) and other space-occupying lesions were in the differential diagnosis. Surgical biopsy for tissue diagnosis of the cerebellar mass was performed which confirmed the diagnosis of diffuse large B-cell lymphoma.

Primary central nervous system lymphoma (PCNSL) which was first described by Bailey in 1929 as perivascular sarcoma is a rare, malignant non-Hodgkin lymphoma (NHL) that is confined to the CNS [1]. PCNSL is accounting for about 2-6% of all primary brain neoplasms and 1-2% of all NHLs and most cases are diffuse large B-cell lymphoma. PCNSL is an aggressive tumour that widely invades the brain parenchyma [2,3].

Immunocompromised individuals are considered most at risk of the disease, however, the inci­dence of PCNSL is increasing in immunocompetent populations [11]. PCNSL usually occurs as a solitary lesion, most commonly seen in the supratentorial brain and rarely in the cerebellum [4].

The signs and symptoms of PCNSL are nonspecific and rapidly progressive. Patients usually present with personality changes, cognitive impairments, and focal neurological deficits. Headache, nausea, and vomiting, decreased alertness are less commonly observed at the time of diagnosis. A visible tumour on imaging is essential to raise the suspension of CNS lymphoma, which then can lead to an early histologic diagnose based on cytology of CSF or brain biopsy [5,6].

Contrast-enhanced MRI is the most useful imaging modality [1,6]. It may reveal unifocal/multifocal, mainly supratentorial periventricular space-occupying lesions (SOLs) which usually show intense and homogeneous post-contrast enhancement [1,7]. Typically, the PCNSLs show significant diffusion restriction due to hypercellularity and also appear hyperintense on T2WI and isointense/hypointense on T1WI [1,7].

Imaging alone does not allow reliable discrimination from other malignant brain tumours or SOLs [5]. Histopathological confirmation of the diagnosis is essential which is typically achieved by stereotactic serial biopsies [9].

CNS lymphoma is sensitive to radiation and chemotherapy, so the combination of chemotherapy and radiotherapy is the standard treatment. Surgical resection may also be performed for low-grade tumours. The median survival is weeks to months if treatment is only symptomatic [5,10].

PCNSL usually occurs as a solitary lesion, and most commonly seen in the supratentorial brain, but it can be multiple and infratentorial as in this case of an unusual form of PCNSL. 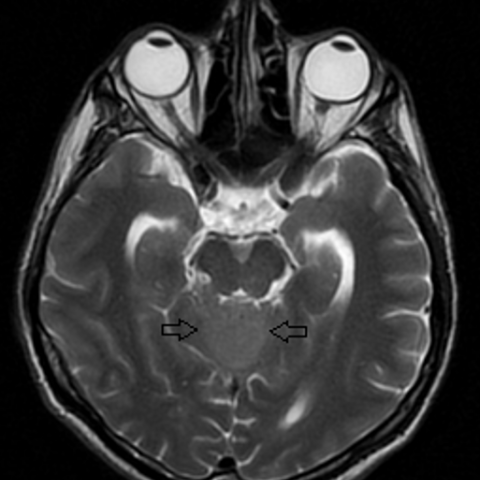 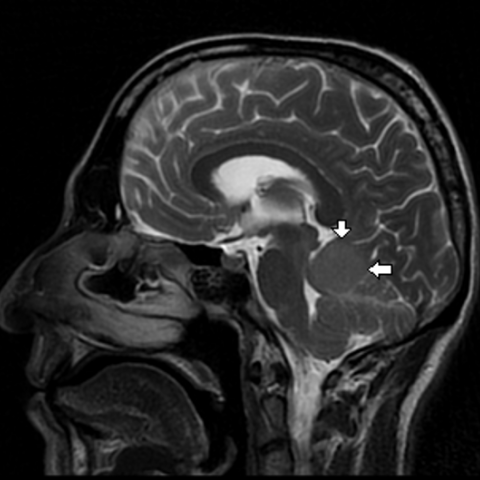 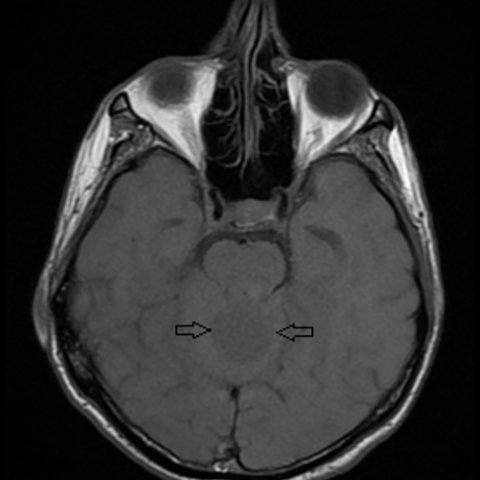 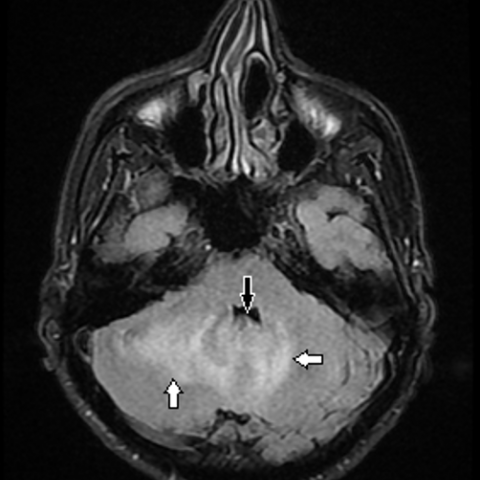 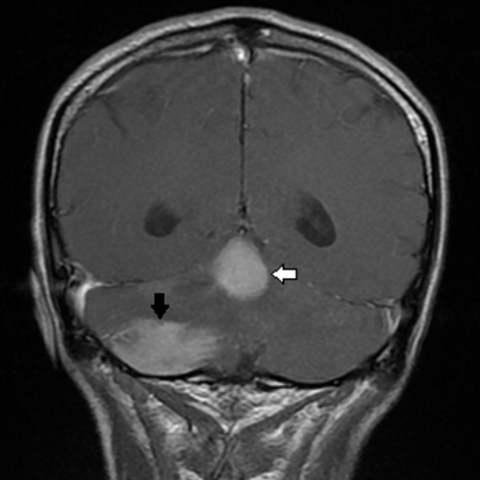 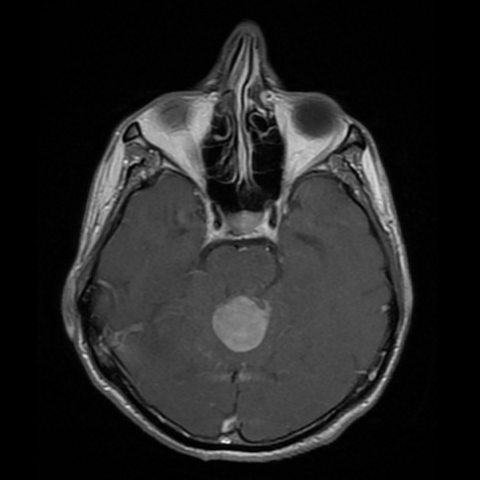 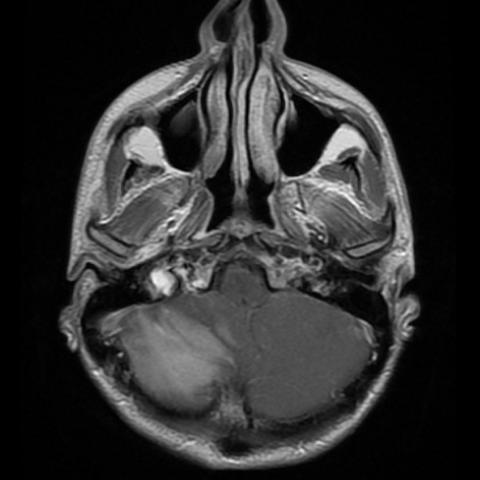 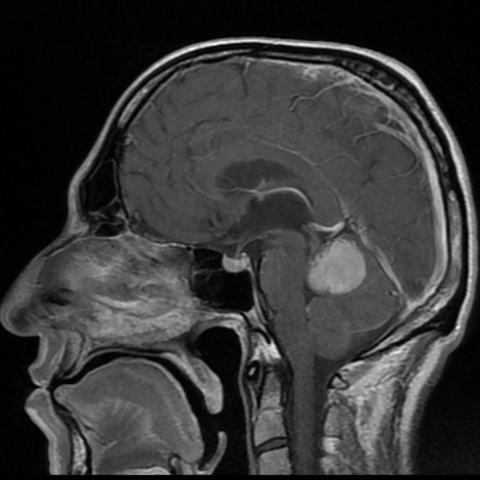 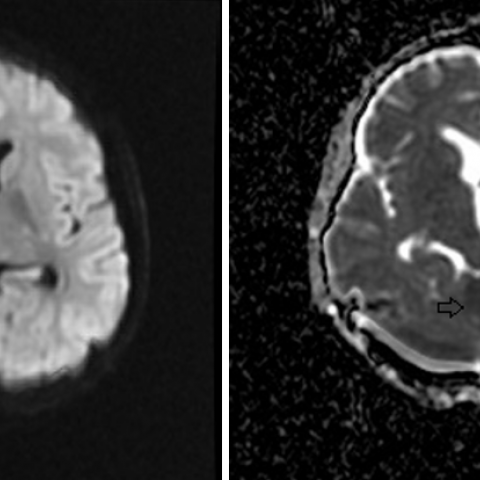 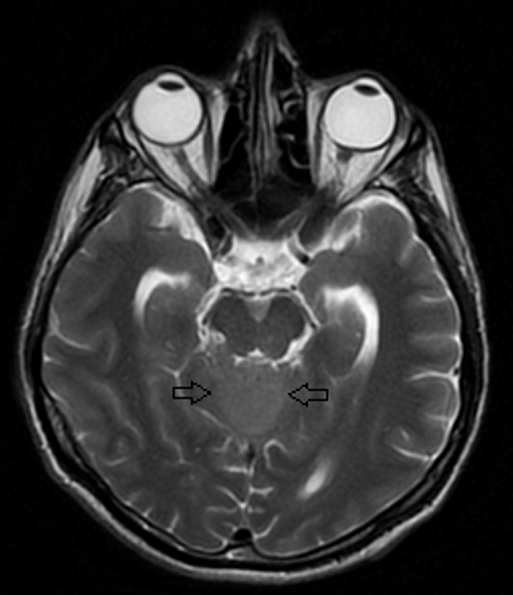 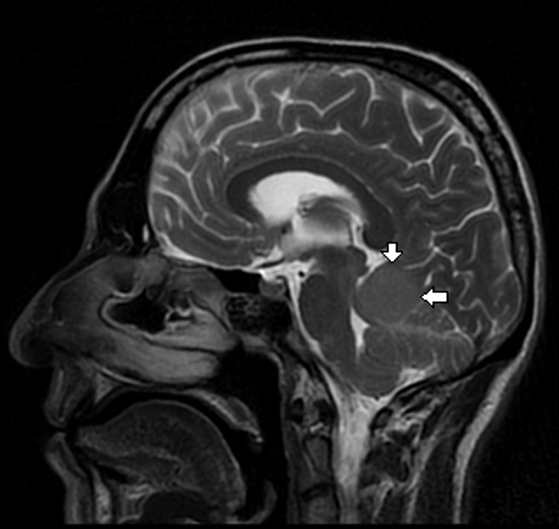 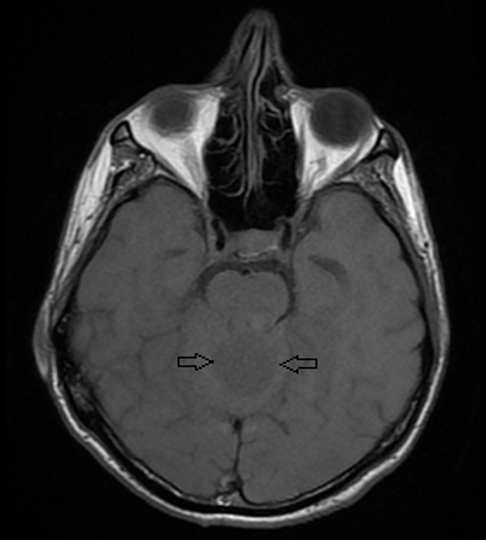 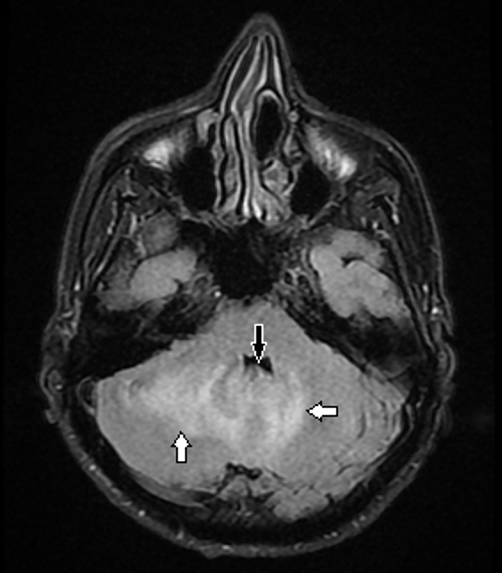 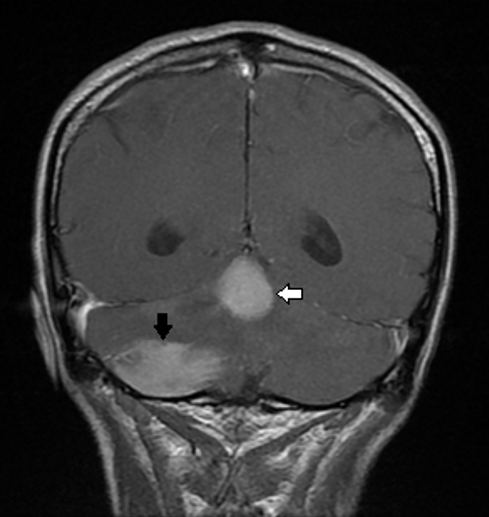 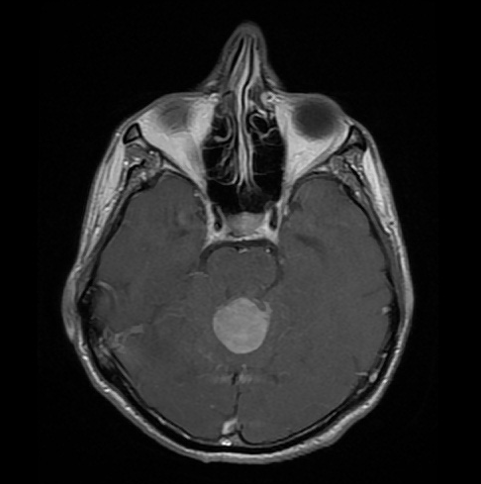 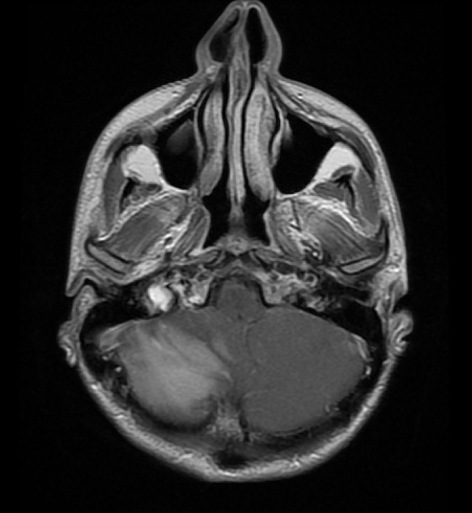 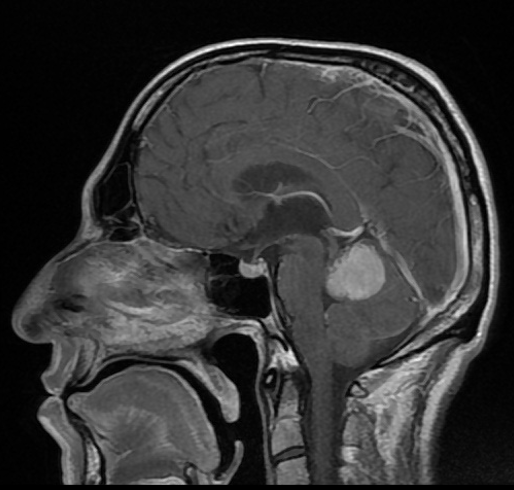 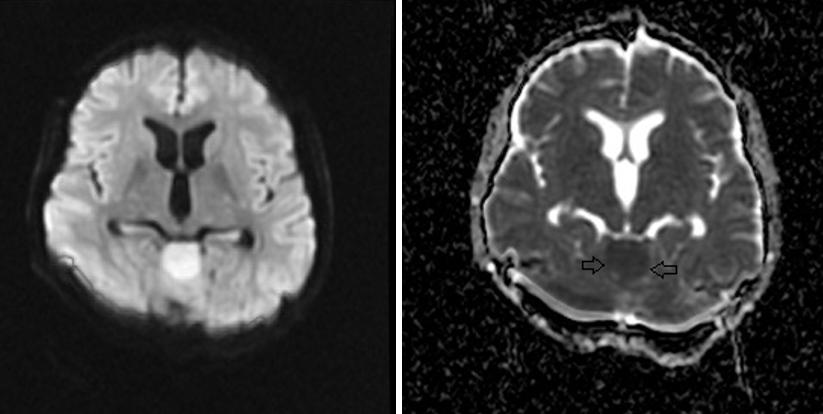