There was a paucity of white matter with hyperintense signal in periventricular and deep white matter predominantly along the right temporal lobe; suggestive of delayed myelination.  Posterior fossa structures appeared normal.

Foci of calcification were seen in the subcortical white matter of bilateral high frontoparietal lobes, the left frontal periventricular white matter as well as in the right basal ganglia.

Cytomegalovirus (CMV) is the leading non-genetic cause of neurodevelopmental disabilities in children. Despite its clinical significance, congenital CMV infection often goes undetected because the majority of infected infants are asymptomatic at birth and screening programs have not been substantially implemented in developing countries. It is mainly transmitted through infected body fluids.

CMV is a neurotropic virus and predominantly affects and replicates in ependymal cells and the germinal matrix of the developing brain resulting in varying degrees of neurological abnormalities.

The severity of the disease depends on the gestational age of affection.

Infants affected in the late 2nd trimester predominantly have Migrational abnormalities such as polymicrogyria, cerebellar hypoplasia and schizencephaly.

Infants affected in the 3rd trimester (after 26 Weeks) show delayed myelination, dysmyelination and white matter abnormalities since neuronal migration and organization are usually complete by this time.

Intracranial calcifications are most common in the periventricular region, though they can be occasionally seen in basal ganglia as well as the rest of the brain. This common imaging finding can be seen in any trimester infection.

Magnetic Resonance Imaging (MRI) is the investigation of choice and is more accurate than ultrasonography for better evaluation of cortical and white matter abnormalities. However, CT is more sensitive to detect intracranial calcifications.

Calcifications: Usually they are thick and chunky when in periventricular locations and appear faint and punctate in basal ganglia. However, the absence of calcifications does not exclude a diagnosis of congenital CMV infection [1].

The mainstay of management is early detection by serial antenatal USG and foetal MRI at 28-32 weeks.

The above imaging features in children with neurodevelopmental delays are highly suggestive of congenital CMV infection and early identification of these features helps in predicting future neurologic deficits in asymptomatic seropositive cases. 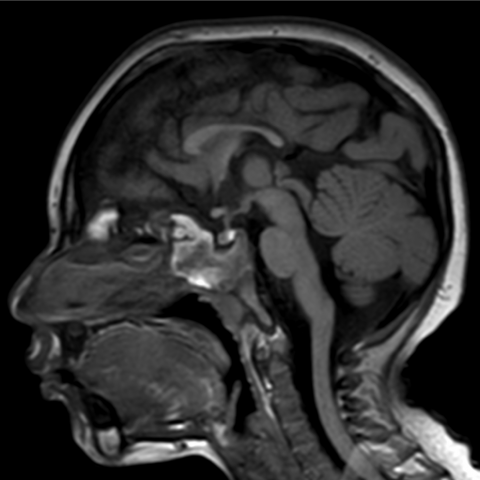 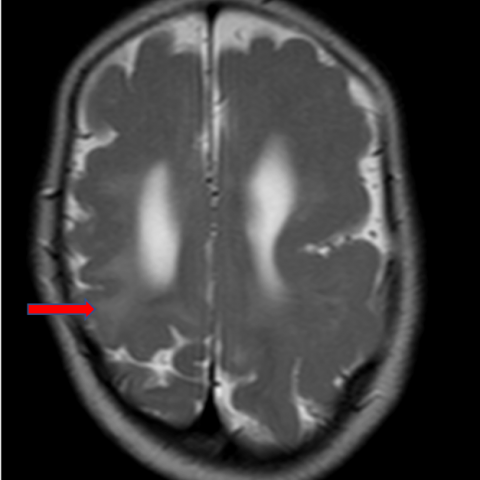 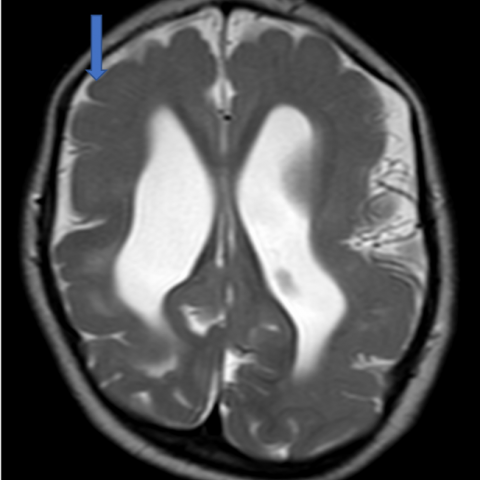 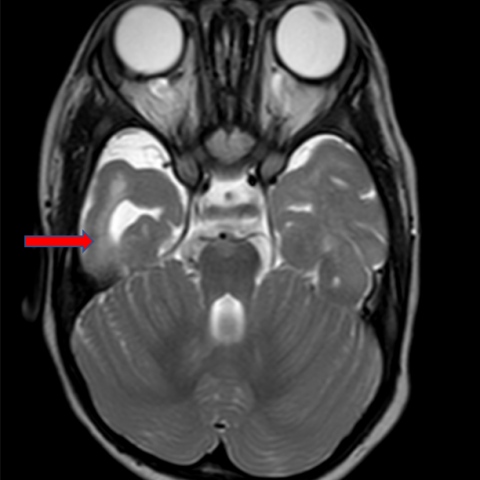 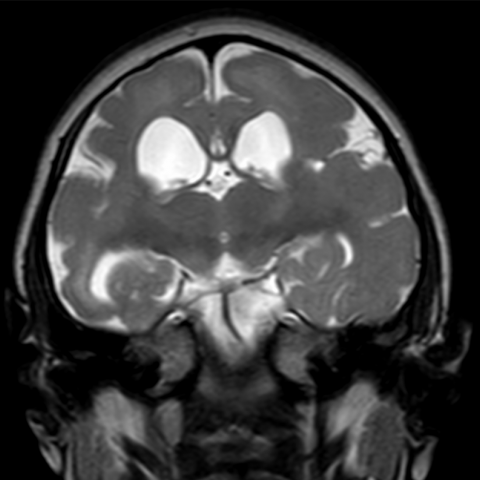 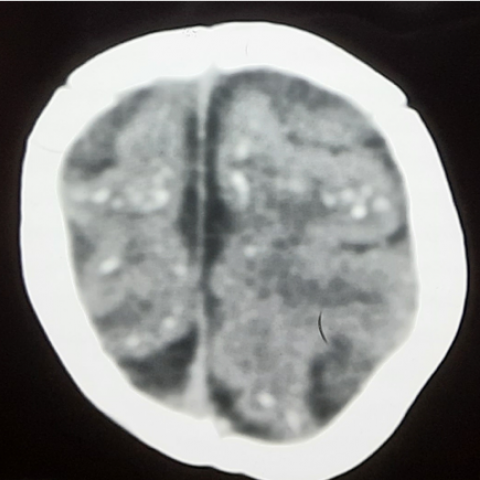 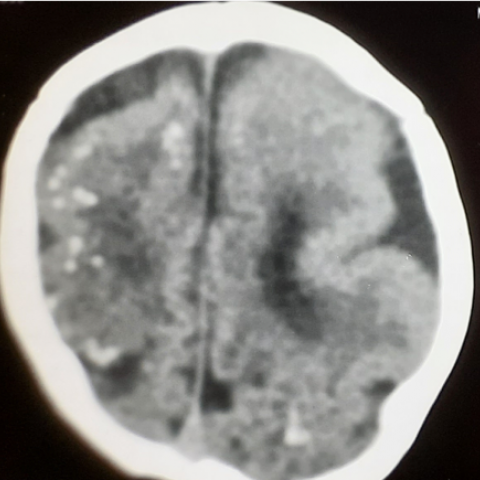 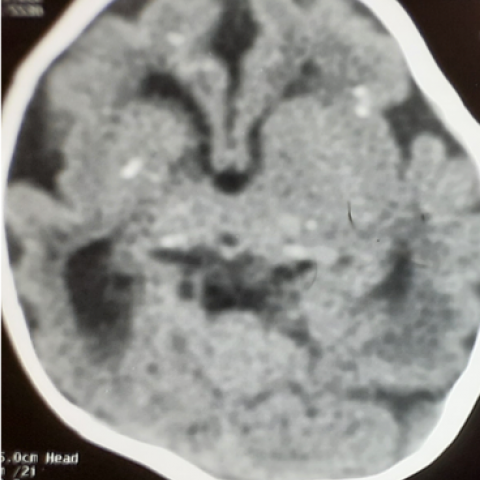 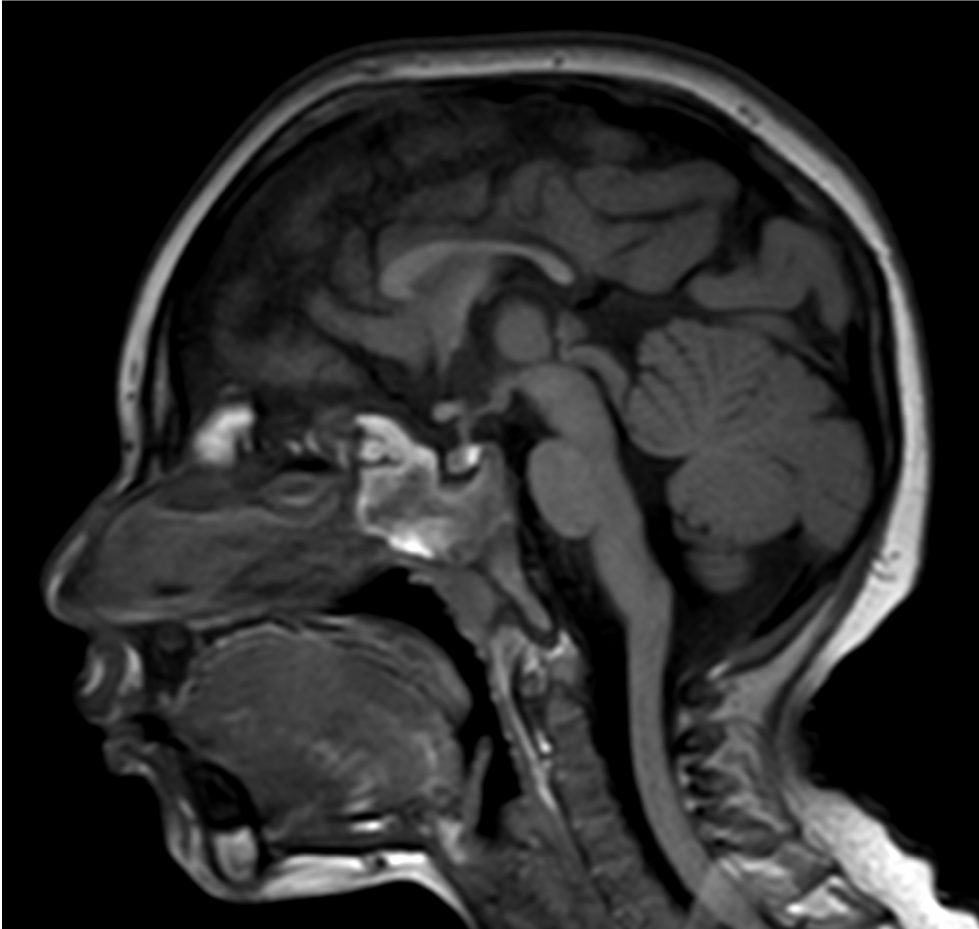 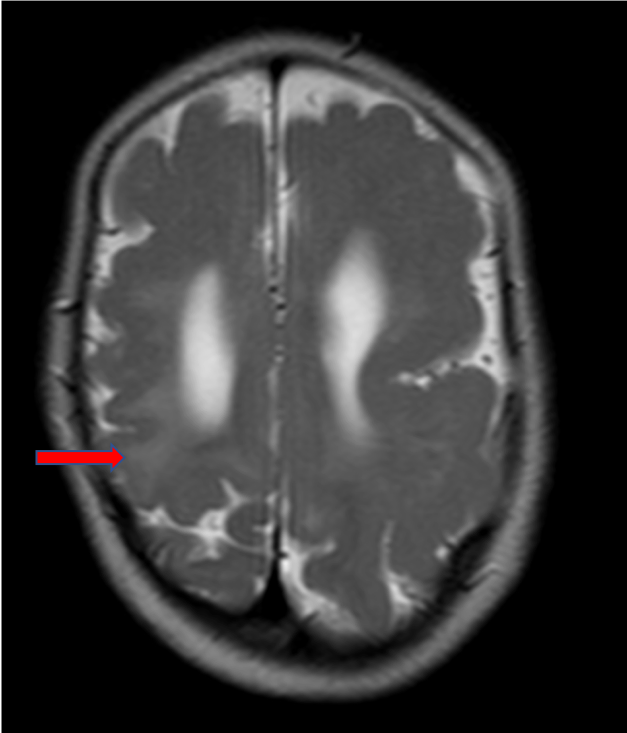 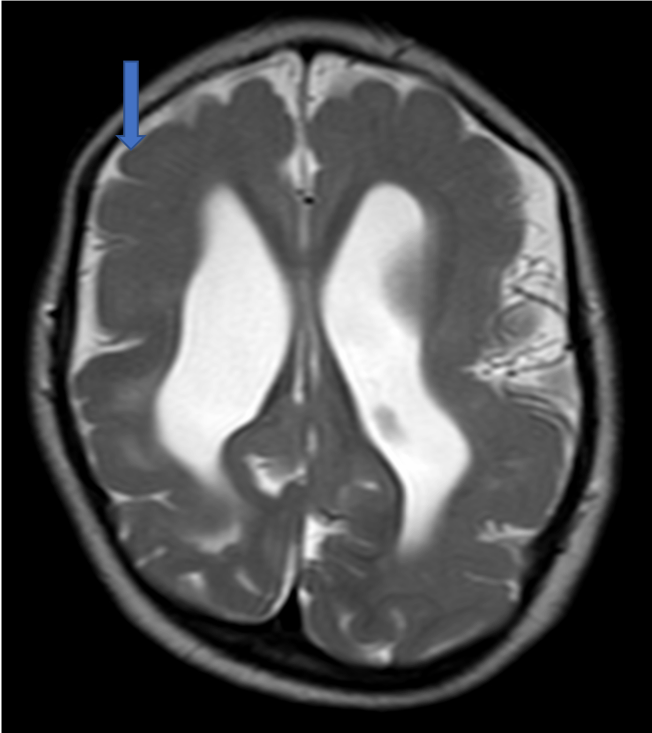 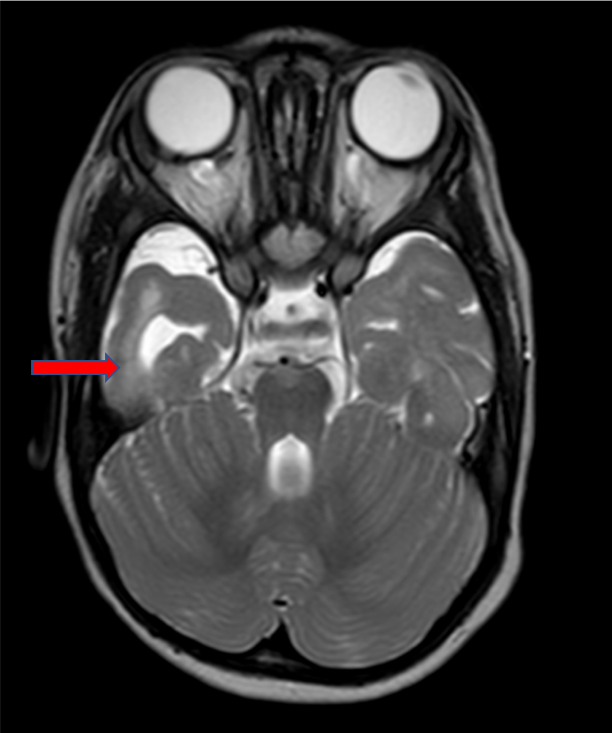 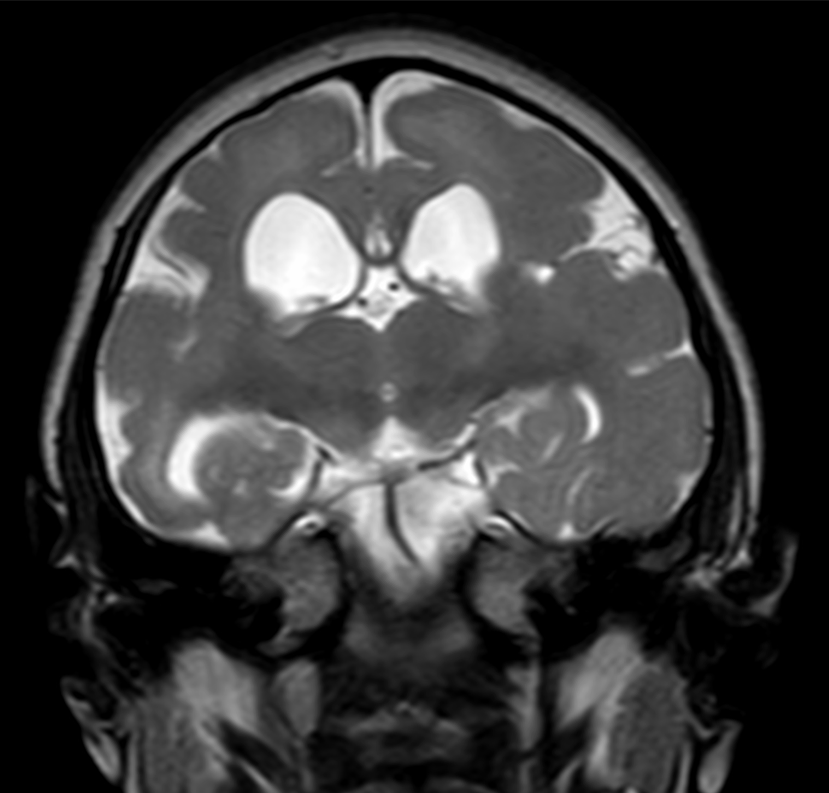 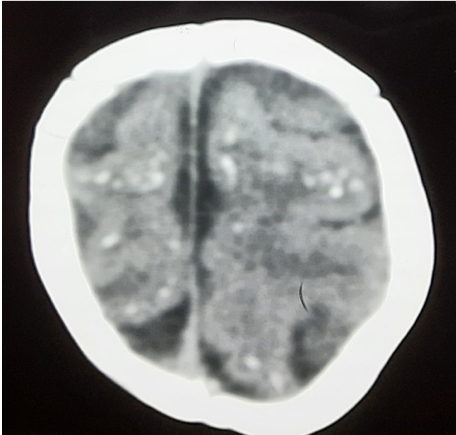 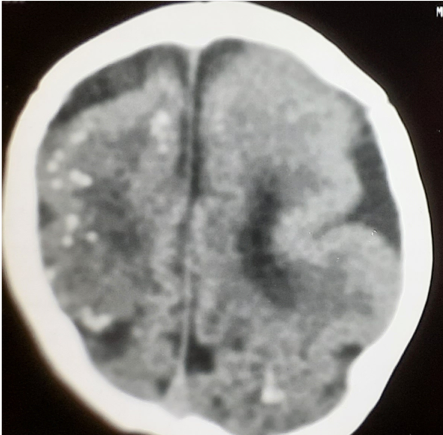 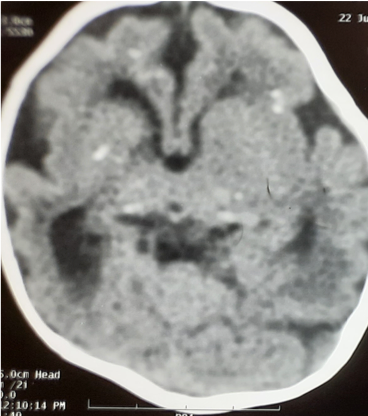