A 34-year-old man was admitted to the emergency department with one-day history of nausea, dizziness, and gait difficulty with lateropulsion. Remote clinical history was unremarkable. Neurological examination was normal except for slight dysmetria on the right finger-nose coordination test. Brain CT and CT-angiography were requested.

Brain CT was negative for haemorrhagic lesions or mass effect. CT-angiography revealed discontinuity at the origin of the right middle cerebral artery (MCA) with multiple tiny arterial collaterals in the M1 segment cistern (Fig.1). There was no evidence of stenosis or atheromatous disease of the other vessels of the circle of Willis.

MRI examination did not show ischemic lesions. 3D time-of-flight (TOF) MR-angiography (MRA) confirmed the right MCA anomaly, without involvement of the internal carotid artery (Fig 2a and 2b).

Selective internal carotid artery catheter angiography (DSA) showed absence of the normal M1 segment of the right MCA, replaced by a network of small collateral vessels originating from right anterior cerebral artery and from right anterior choroidal artery; the distal MCA segments had regular calibre and patency (Fig 3a and 3b).

On the basis of the described imaging findings, a diagnosis of ‘twig-like' MCA was formulated.

‘Twig-like MCA’, also known as ‘rete MCA anomaly’, ‘unfused’ or ‘aplastic’ MCA, describes a rare MCA anomaly in which the M1-MCA segment is replaced by a plexiform arterial network with a twig-like appearance [1, 2, 3, 4]. Distally, the anatomy of the MCA branches is normal.

This vascular variation is uncommon, mostly reported as case report, with a prevalence of 0.67% (13/1937) by angiographic examination in a recent case series [1].

During the embryonic stage, MCA is thought to generate from plexiform arterial network that forms the definitive MCA by fusion and regression at the end of the development stage. An early interruption during this process may result in MCA anomalies, and the ‘unfused’ or ‘twig-like’ MCA is hypothesized to be the persistence of the fetal arterial network that normally coalesces into the definitive M1-MCA [3].

The diagnosis is based on non-invasive imaging modalities, such us CT or MRA demonstrating a plexiform network of small vessels replacing the M1 segment of the MCA. DSA can help when the diagnosis is uncertain at non-invasive imaging and furthermore to rule out the presence of associated microaneurysms. In the literature review of Cho KC et al. [1] was reported an association between arterial aneurysm and twig-like MCA anomaly. Many authors agree that the hemodynamic stress in these tiny vessels, more fragile and less elastic, can lead to intracranial haemorrhage or aneurysm formation and rupture [2, 5].

The main differential diagnosis of this entity includes Moyamoya disease, Moyamoya syndrome and steno-occlusive disease. A normal appearance of the internal carotid artery, the unilaterality, the absence of leptomeningeal collateral vessels and regular calibre and flow of the distal MCA branches are the key features to diagnose the ‘twig-like’ MCA.

Knowledge of the existence of this vascular variation is important to avoid misdiagnosis and unnecessary treatment [3]. Awareness of the risk of intracranial haemorrhage and aneurysm formation is an important clinical aspect to consider.

Twig-like MCA is a rare anatomical variant that consists of a plexiform network of small vessels replacing the M1 segment of the MCA. Accurate diagnosis, with its differentiation from radiological mimics such as Moyamoya and steno-occlusive diseases, is extremely important to prevent misdiagnosis. Awareness of the risk of aneurysm formation is an important clinical aspect. 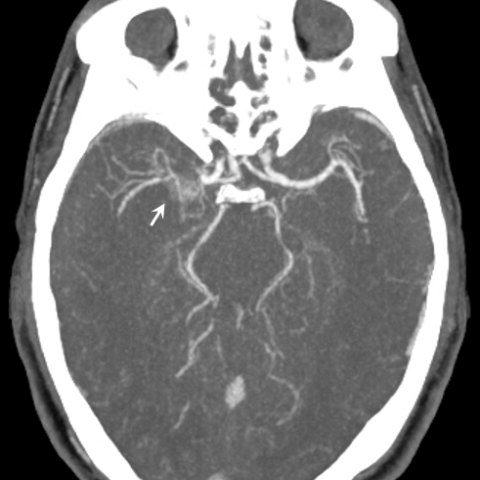 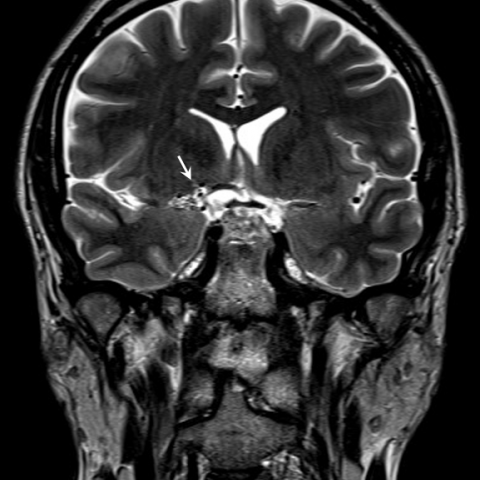 Coronal T2-weighted MRI (a) and axial reformatted MIP TOF MRA (b) images demonstrate the ‘twig–like’ MCA anomaly (arrows). The internal carotid arteries and the other intracranial vessels of the circle of Willis show normal caliber and flow signal. 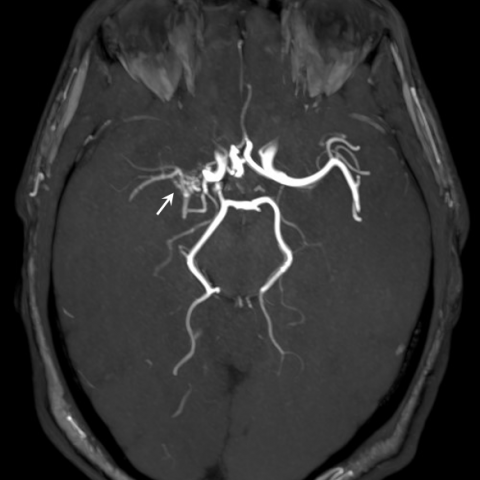 Coronal T2-weighted MRI (a) and axial reformatted MIP TOF MRA (b) images demonstrate the ‘twig–like’ MCA anomaly (arrows). The internal carotid arteries and the other intracranial vessels of the circle of Willis show normal caliber and flow signal.
Figure 3

b: Detection of ‘Twig-like’ right MCA on digital subtraction angiography 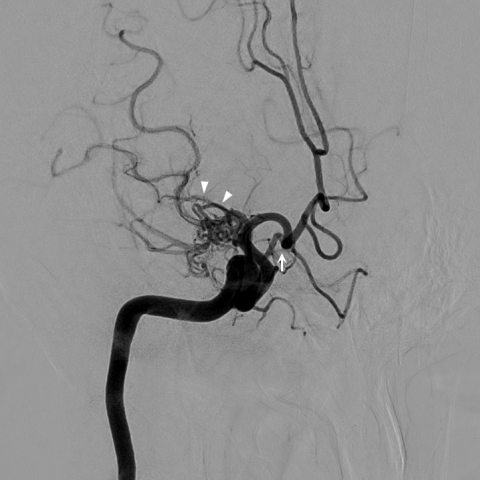 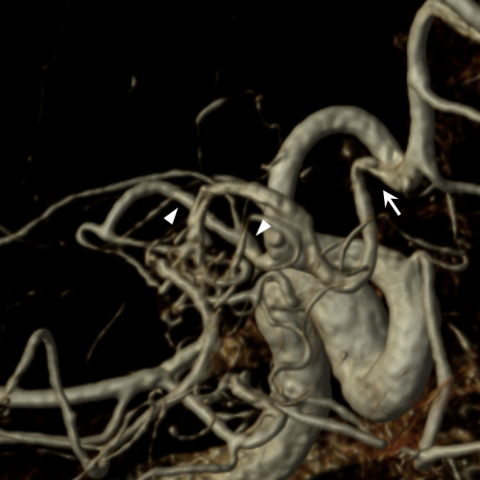 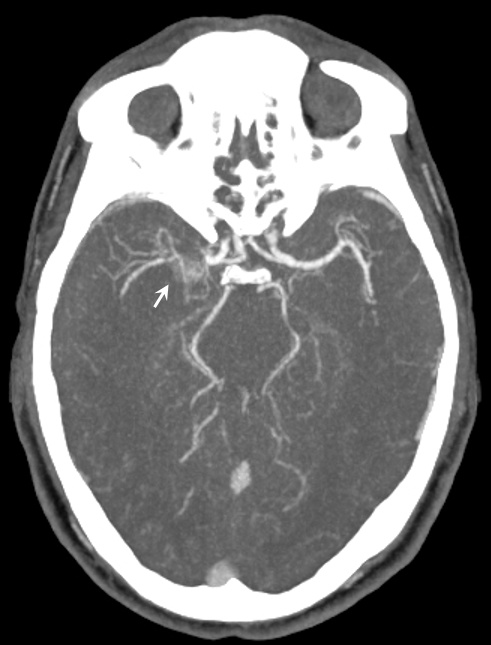 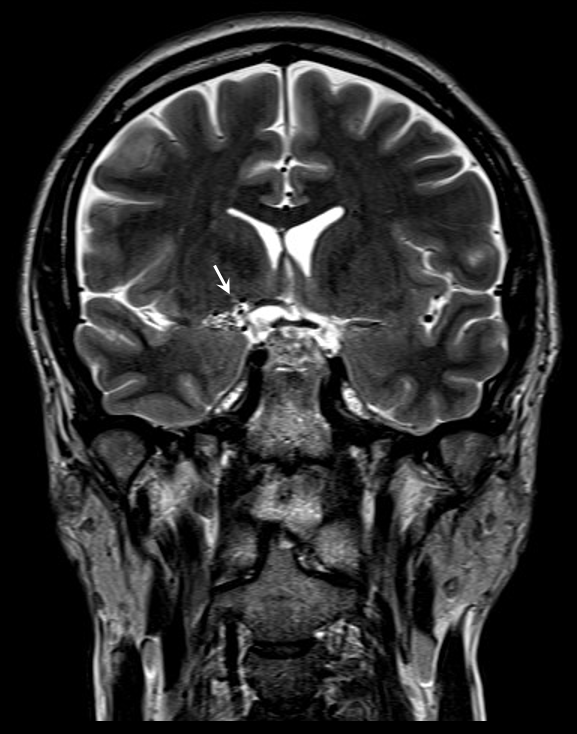 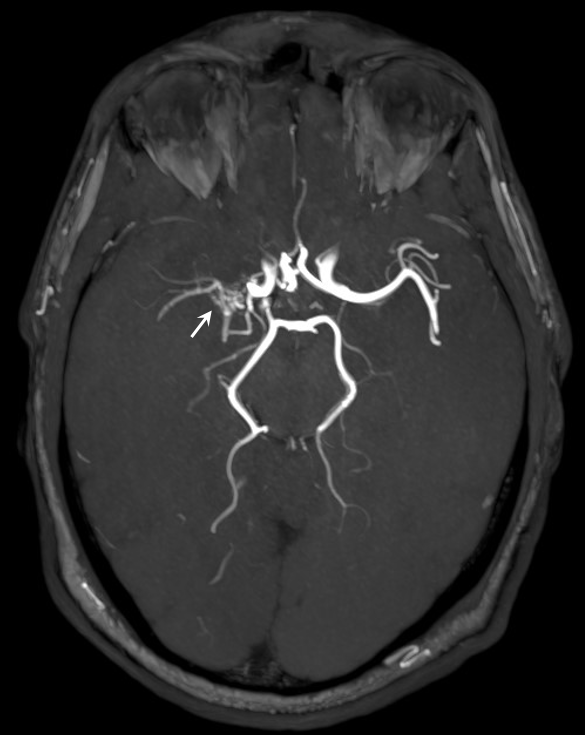 b: Detection of ‘Twig-like’ right MCA on digital subtraction angiography 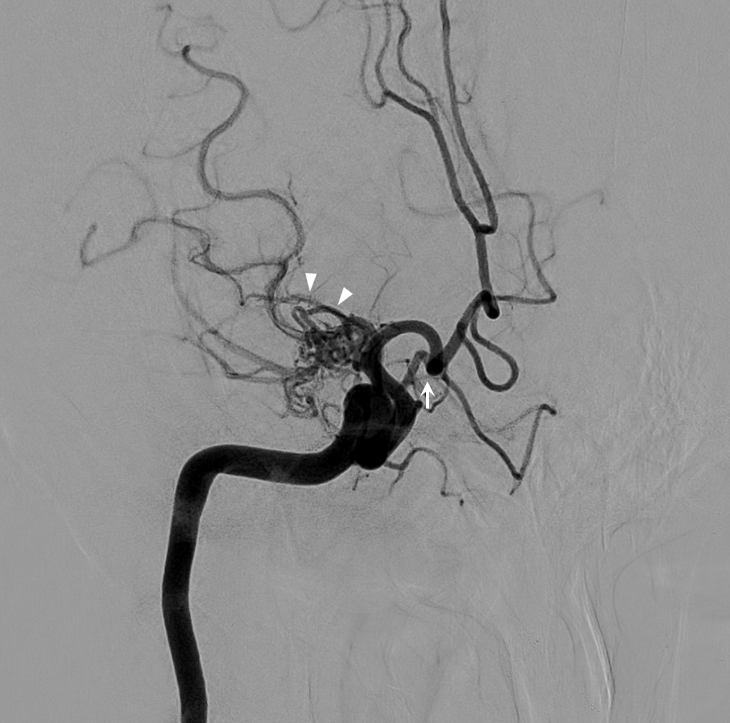 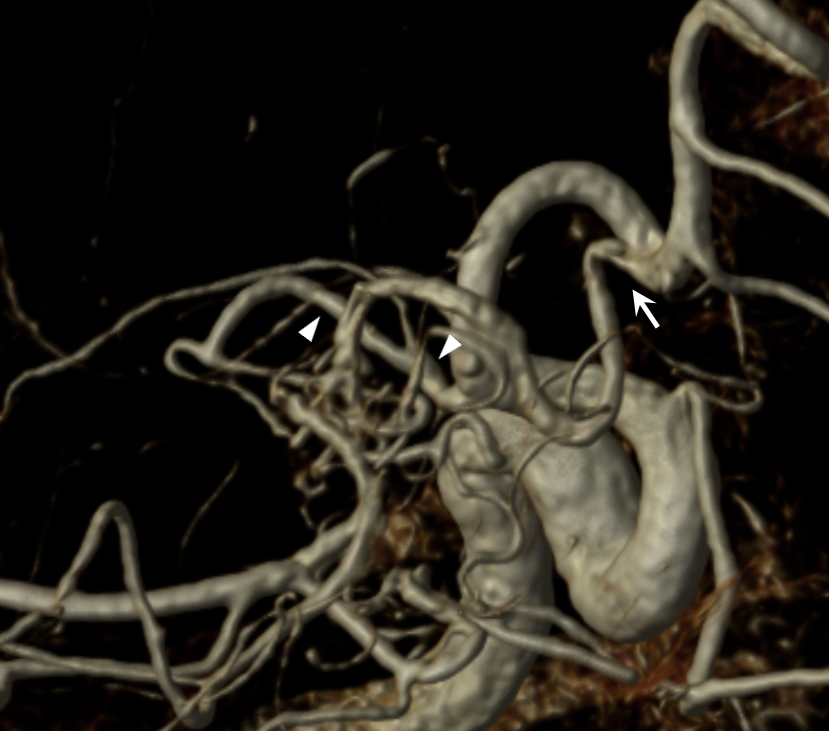