A 64-year-old female presented to the ER mentioning a 2-months history of slight flank pain, fatigue and weight loss. Laboratory investigation revealed anaemia and elevated inflammatory parameters. An abdominal radiograph was obtained revealing a staghorn calculus in the left kidney. An abdominal CT-scan was deemed necessary for further investigation.

CT scan confirmed the presence of a large staghorn calculus in the left renal sinus with accompanying frank caliectasis. The left kidney was significantly enlarged, measuring over 140 mm in longitudinal length. There was substantial cortical thinning and a delayed nephrogram. Two large hypodense collections were present in the anterior porting of the affected kidney, being partially attributable to frankly dilated calyces filled with calculi fragments and fluid.

CT also revealed perinephric fluid and thickening of the pararenal fascias, with a striking thickening of Gerota’s fascia. Additionally, there was thickening and enhancement of the left ureter wall, with mild prominence of the ureteral calibre in all its course.

There were no noticeable changes in the right kidney or bladder.

There was no intraperitoneal free fluid or other significant changes in the abdominopelvic organs.

Xanthogranulomatous pyelonephritis is a chronic and destructive granulomatous process believed to result from an incomplete immune response to a subacute bacterial infection. The most common organisms implicated are Proteus mirabilis and Escherichia coli. Although no specific risk factors have been identified, diabetes mellitus is present in approximately 10 % of patients. There is a female predominance of 2:1 and a higher prevalence in middle-age patients. [1,2]

Symptoms are often nonspecific and patients often present with constitutional symptoms such as low-grade fever, weight loss and malaise. Flank pain is frequent.

Before the dawn of CT, the pre-surgical diagnosis of xanthogranulomatous pyelonephritis was only possible in a small percentage of patients.

In radiographs, a staghorn calculus is found in most cases, although being a non-specific finding. Radiographs may reveal enlargement of the kidney and obscuration of the ipsilateral psoas margin.

US often suggest the diagnosis, revealing kidney enlargement, a staghorn calculus and other inflammatory signs.

CT is nevertheless preferred for definitive assessment, as it depicts a highly specific array of findings allowing for diagnosis and accurately reveals whether there is extrarenal extent of disease. It is also ideal for surgical planning.

CT usually shows an enlarged kidney with a central calculus within a constricted renal pelvis associated with caliceal dilation and inflammatory perinephric changes. Rim enhancement surrounding the central inflammatory process can be seen. The kidney is rarely functional at the time of diagnosis, usually not showing excretion.

Psoas abscess and fistulae are possible extra-renal patterns of disease. Atypical manifestations include the presence of a focal inflammatory process mimicking a bacterial abscess, renal atrophy or gas within the collecting system.[1,2]

Surgical treatment with nephrectomy is the mainstay treatment for xanthogranulomatous pyelonephritis and is usually curative.

These findings were compatible with xanthogranulomatous pyelonephritis. Antibiotherapy was initiated and the patient soon underwent a successful left nephrectomy, with histopathology confirming the diagnosis. 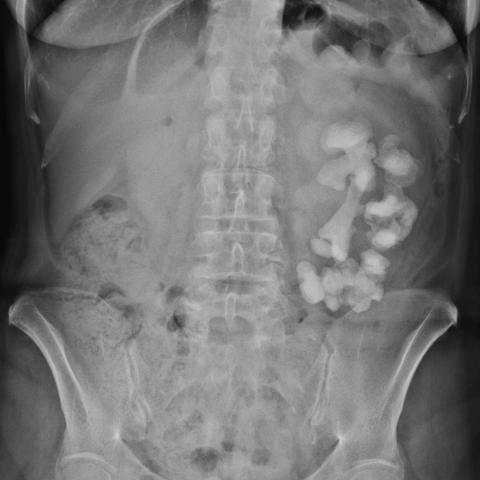 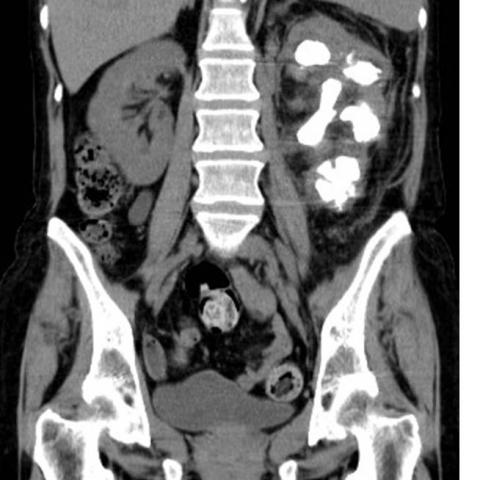 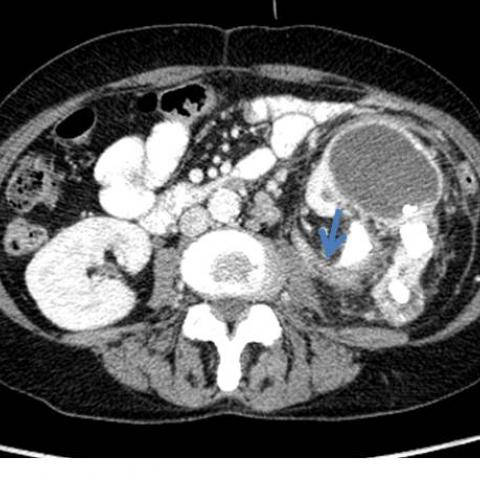 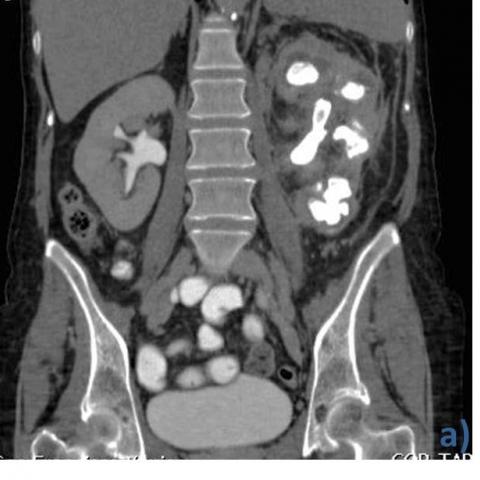 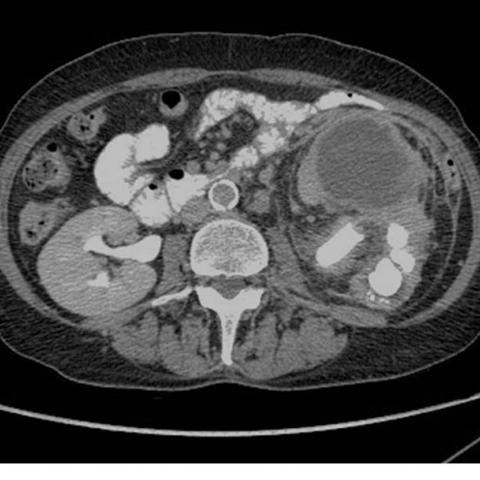 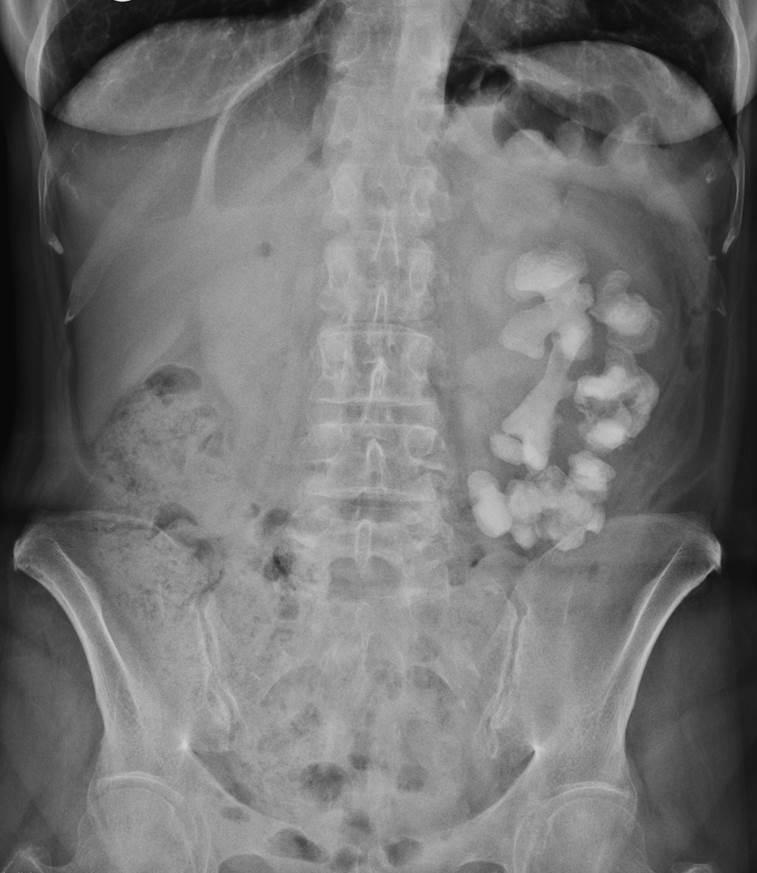 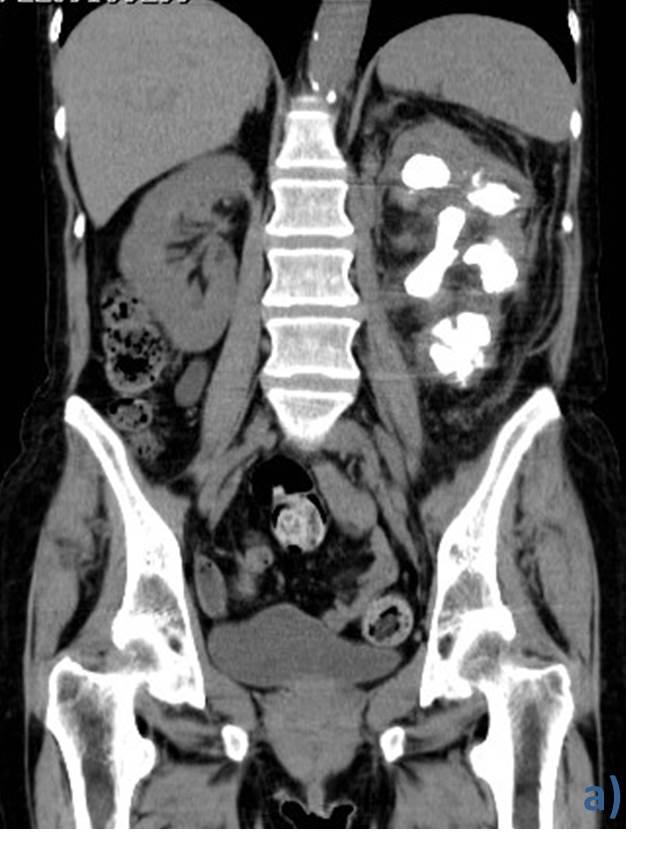 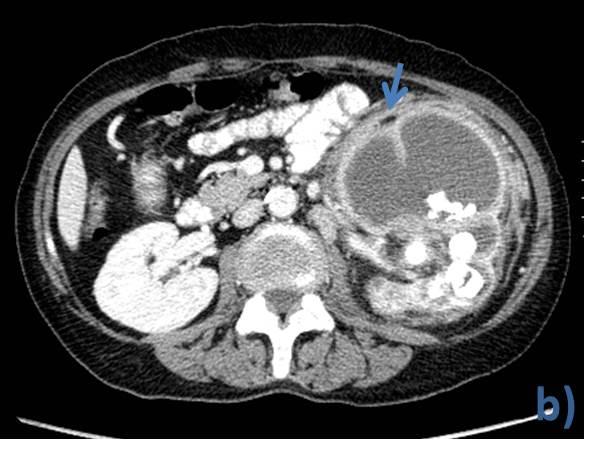 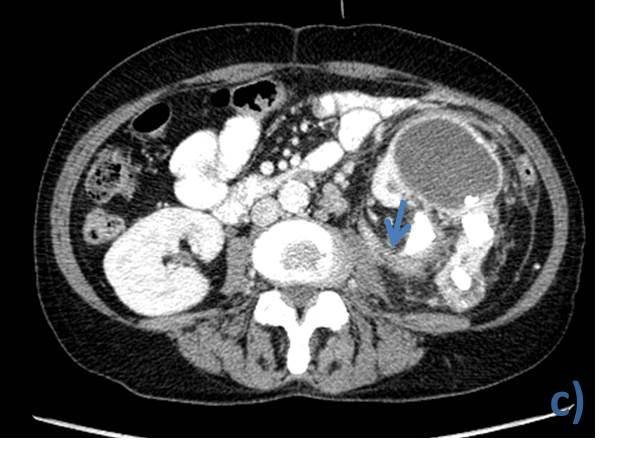 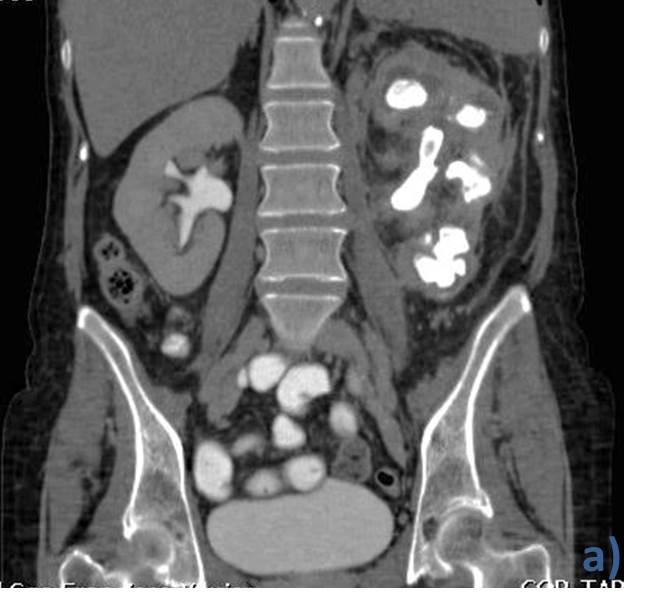 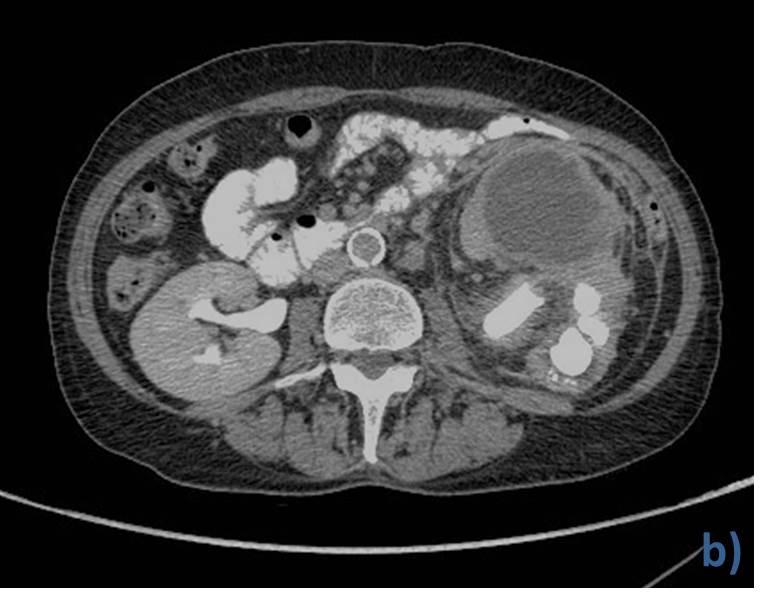