A 24-year-old female with an unremarkable medical history presented to the Chatrapati Shivaji Subharti Hospital emergency department with symptoms of headache, blurring of vision, generalized tonic-clonic seizures, drowsiness and decreased sensation in both hands-on 6th postoperative day after Lower Segment Cesarion Section (LSCS) with no prior history of head trauma and hypertension during pregnancy. Patient underwent NCCT head and then MRI brain with venography as a part of further diagnostic workup.

Subtle linear hyperdensity was seen tracking along the cortical sulci in left high frontal region which was suggestive of non-traumatic subarachnoid haemorrhage (Figure 1) with a subtle hypodensity seen in left high parietal region, para-saggital in location which was initially suspected as non-specific white matter oedema (Figure 2).

On MR imaging, subtle linear hyperintensity was seen on  T2/T2 FLAIR with blooming on GRE, iso-intense on T1 in the cortical sulci of the left frontal lobe which was suggestive of an acute subarachnoid haemorrhage (Figure 3 a and b ). Patchy areas of T2/T2 FLAIR hyperintensity involving cortical and subcortical white matter was seen in bilateral occipital, left parietal lobes and bilateral cerebellar hemispheres with no restriction on DWI or blooming on GRE which was suggestive of white matter oedema (Figure 4 a, b and c). Venography findings were normal (Figure 5).

Posterior Reversible Encephalopathy Syndrome (PRES) also known as acute hypertensive encephalopathy and reversible posterior leukoencephalopathy syndrome (RPLS)  is a reversible neurotoxic syndrome of cerebral vasoregulation that can clinically manifest with headache, altered mental status, visual disturbances, focal neuronal deficit and seizures associated with a multitude of diverse clinical entities, the most common of which are eclampsia, hypertension and immunosuppressive treatment. Despite the syndrome’s name lesions are rarely limited to the "posterior" (parieto-occipital) aspects of the brain, and atypical is more common than "classical" PRES [1-5]. Posterior reversible encephalopathy syndrome (PRES) was first described by Hinchey et al in 1996 [6]. It has been reported in patients ranging from 4 to 90 years of age, [7]. Three distinct imaging patterns of PRES presenting as white matter oedema have been described. The most common is a dominant parietao-occipital pattern (classic or typical PRES). Two less common (atypical) patterns are a superior frontal sulcus pattern and a holohemispheric watershed pattern. The parieto-occipital lobes are involved in over 90% of cases, frontal lobes in 75-77% of cases, with the temporal lobes (65%) and cerebellum (50-55%) also commonly affected with atypical distributions including the basal ganglia and thalami, deep white matter, corpus callosum, splenium, brainstem, and cervical spinal cord. PRES-associated intracranial haemorrhage is seen in only 5-15% of cases [1-5].

The NCCT Head, MRI Brain findings and typical history of post-partum eclampsia were consistent with Posterior Reversible Encephalopathy Syndrome and imaging played a key role in diagnosis and management. White matter oedema was seen in parieto-occipital region which is a feature of Typical PRES. However, in our case, in addition to the above typical findings, oedema was also seen in bilateral cerebellar hemispheres with an associated subarachanoid haemorrhage which was atypical presentations associated with PRES. Imaging played a key role in diagnosis and since this is a reversible condition, after prompt conservative management, the patient underwent full recovery from symptoms after 1 week.

2. MRI of the brain is crucial to make this distinction. 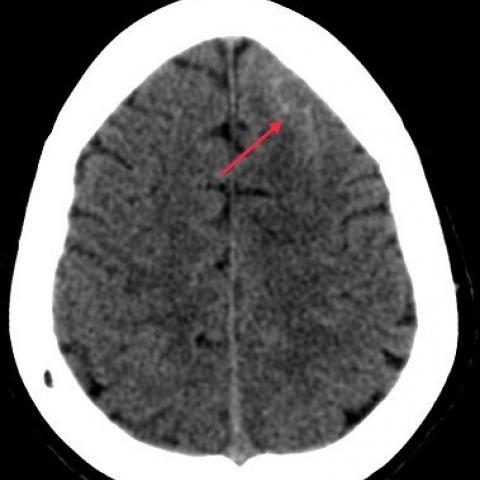 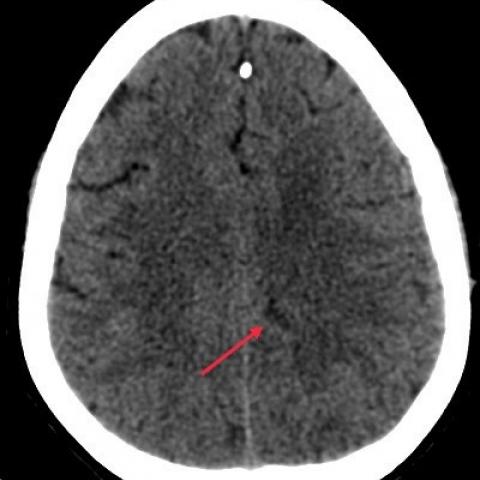 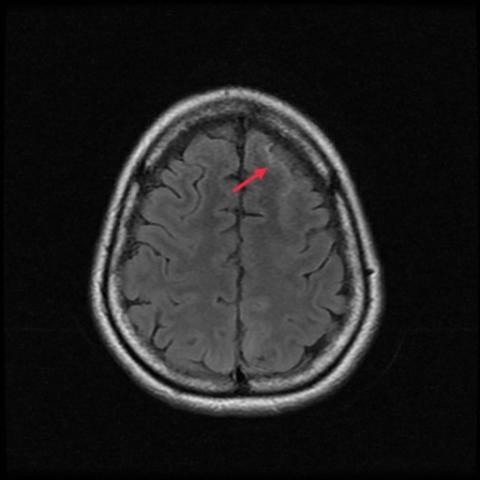 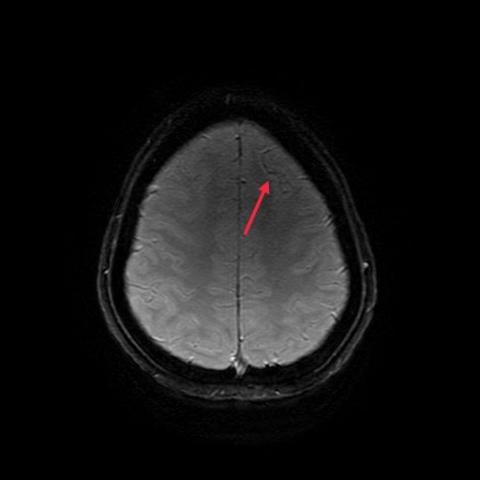 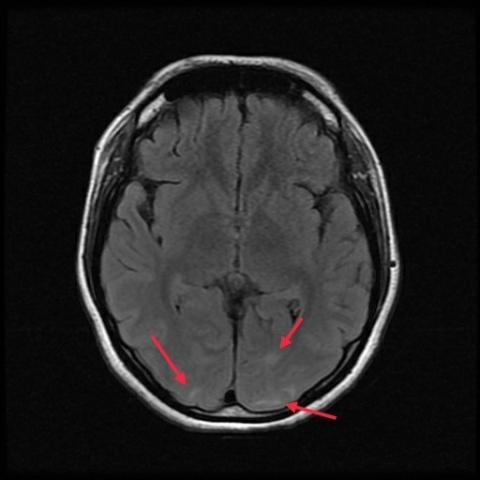 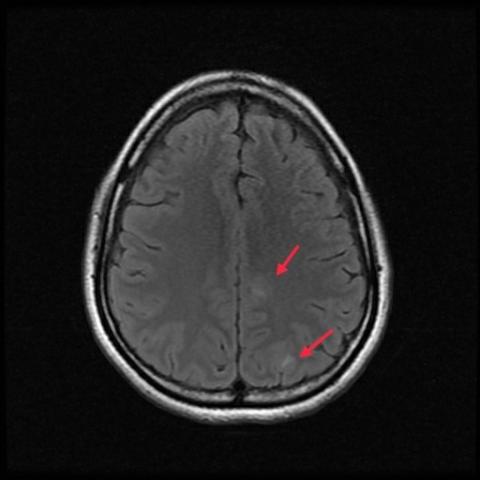 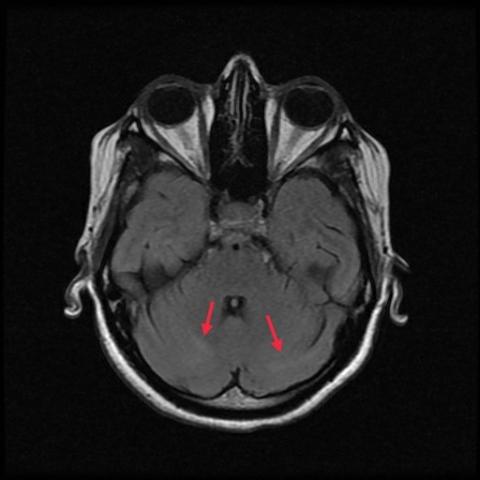 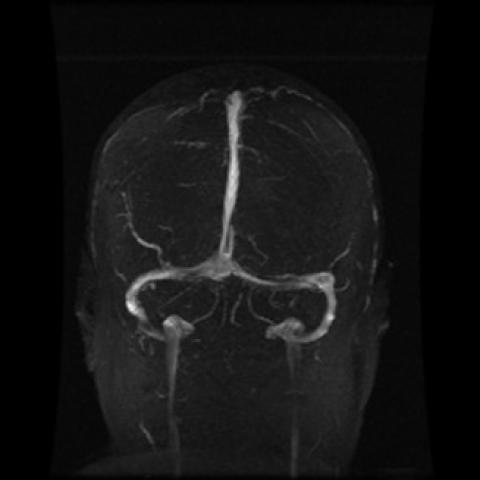 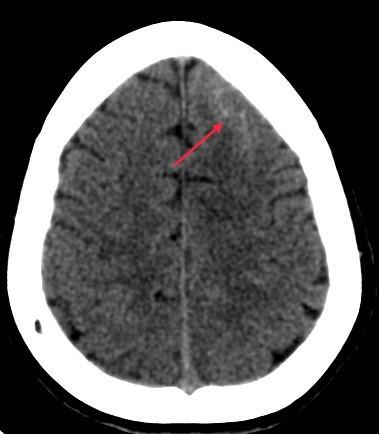 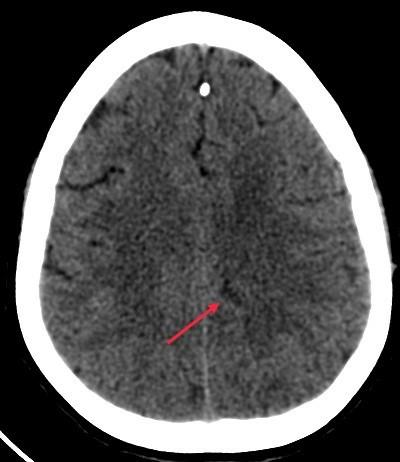 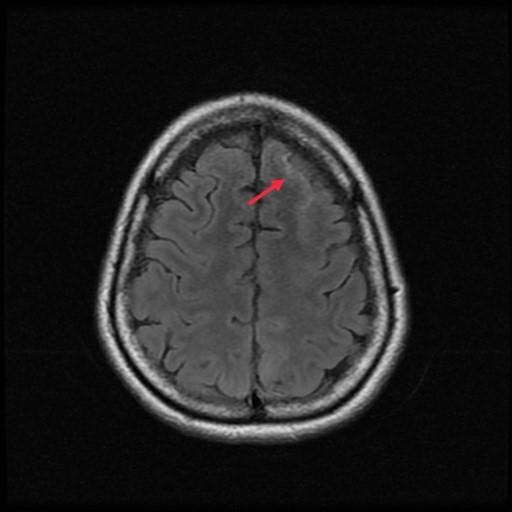 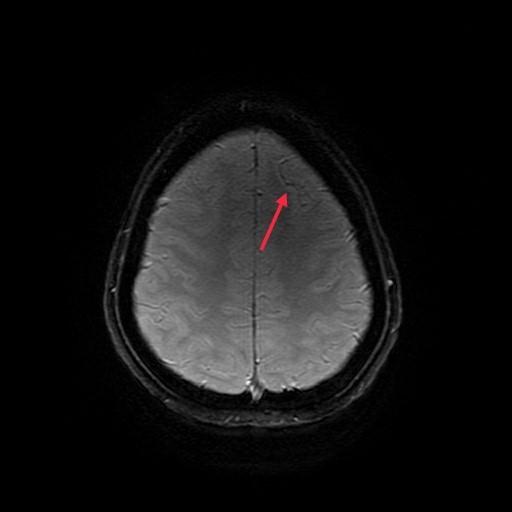 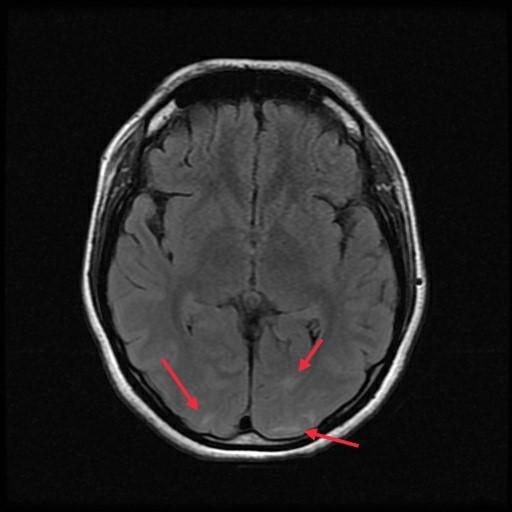 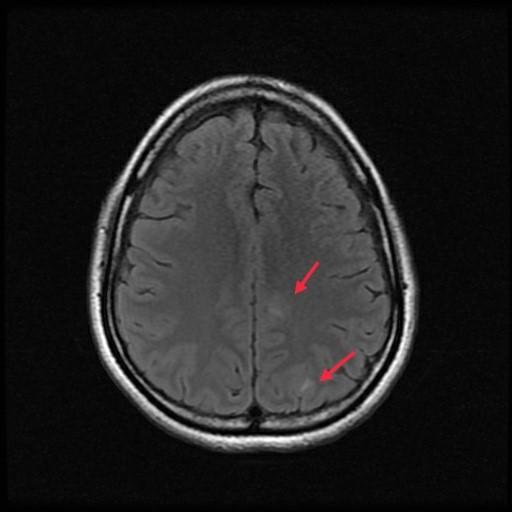 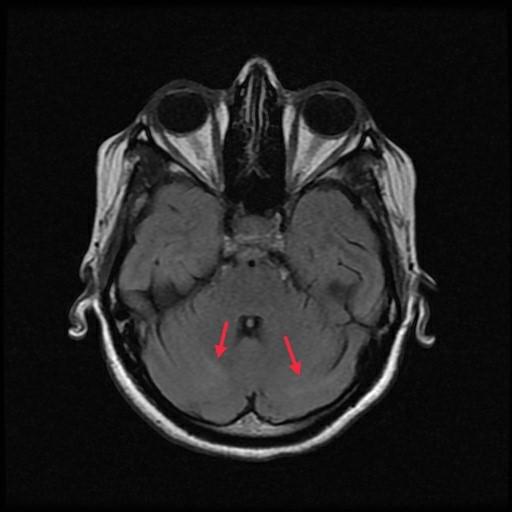 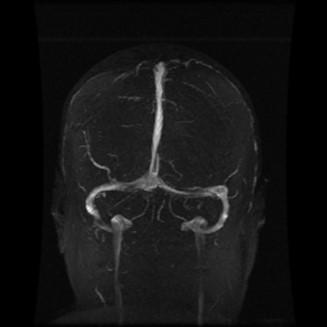