A 50-year-old female patient was referred to the surgical department of our institution with perihepatic and perisplenic cystic lesions, incidentally discovered on a routine kidney ultrasound. The patient was asymptomatic and had no significant medical history with the exception of prior hysterectomy and bilateral adnexectomy. No abnormal findings were noticed on physical examination.

An abdominal computer tomography (CT) was performed which revealed multiple perihepatic and perisplenic cystic lesions (Fig. 1a and 1b), with “scalloping” of the posterior liver surface (Fig. 1b). No ascites, solid components, lymphadenopathies or other relevant findings were detected.

To further characterize these lesions, an abdominal magnetic resonance (MR) imaging was requested which showed hypointense lesions on T1-weighted images (Fig. 2a) and hyperintense on T2-weighted (Fig. 2b), confirming the cystic nature. Moreover, the lesions presented thin septations and imperceptible walls, without solid components or contrast enhancement after gadolinium administration (Fig. 2c).

The patient underwent laparotomy for excision of the lesions.

Multicystic peritoneal mesothelioma (MCPM) is an exceedingly rare and benign neoplasm with origin on mesothelial lining cells of the peritoneum, with an estimated incidence of 2 in 1 000 000 per year [1].  MCPM is most common in middle-aged women, with an average age of 37 years.

The pathogenesis of the disease is still poorly understood. In contrast with malignant mesothelioma, MCPM has not been associated with asbestos exposure. Some reports have made associations between MCPM and predisposing factors such as chronic inflammation, previous surgery, endometriosis and recurrent peritonitis episodes [2].

Clinically, the patients could be asymptomatic, as reported in this case or present mild symptoms of abdominal discomfort and distension [3].   MCPM typically presents as multiloculated thin-walled cystic lesions, with a strong predilection for the pelvic peritoneal space. Superior peritoneal location may also occur, as reported in this case. CT is useful to characterize the location and extension of the cystic lesions, although it does not allow the differentiation of MCPM from other cystic masses. MR is considering the best imaging modality for MCPM, revealing low signal intensity lesions on T1-weighted images and high signal intensity on T2-weighted, without contrast enhancement. The definitive diagnosis requires histology examination. The differential diagnosis of MCPM includes other peritoneal cystic lesions, such as pseudomyxoma peritonei, cystic lymphangioma and peritoneal inclusion cyst.

Upon diagnostic imaging work-up, the patient was submitted to a laparotomy for comprehensive recession of the cystic lesions. Macroscopically, the lesions were composed of multiple thin-walled translucent cysts, up to 5 cm, composed of serous fluid. The histology examination confirmed the diagnosis of MCPM.

MCPM is a benign disease with low potential for malignant transformation. Nonetheless, the frequency of local recurrence is as high as 50%, thus subsequent imaging follow-up is mandatory [1,2].

Ten years post-surgery, the patient had no recurrence of the disease and was free of symptoms. 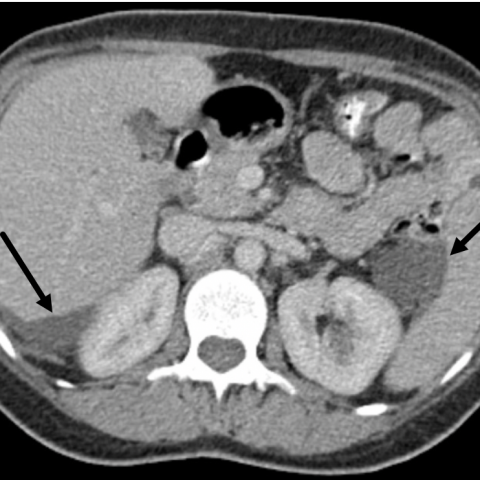 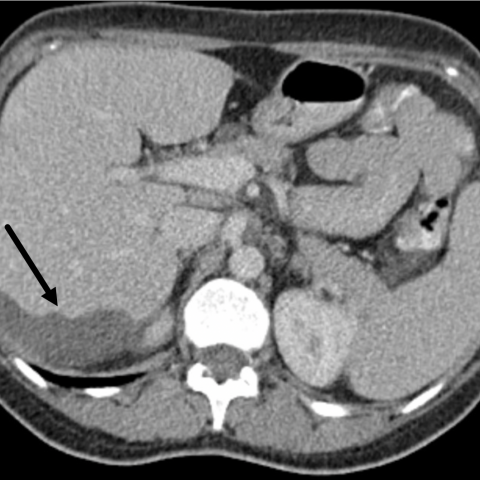 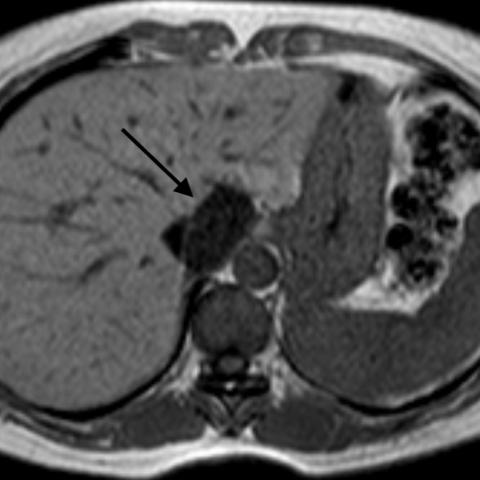 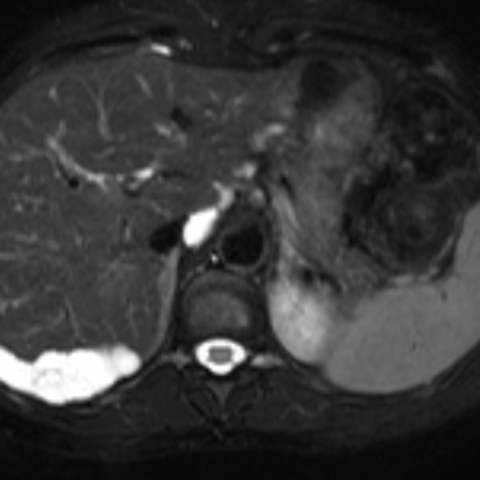 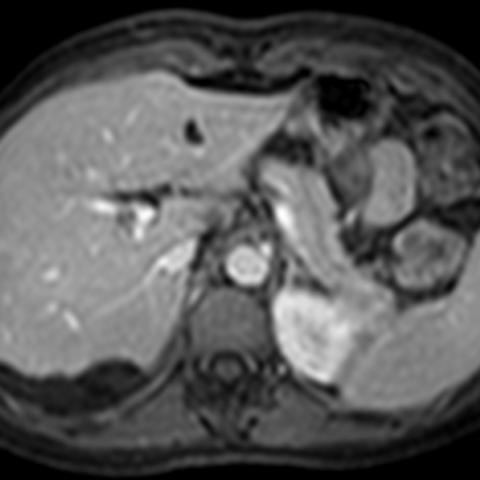 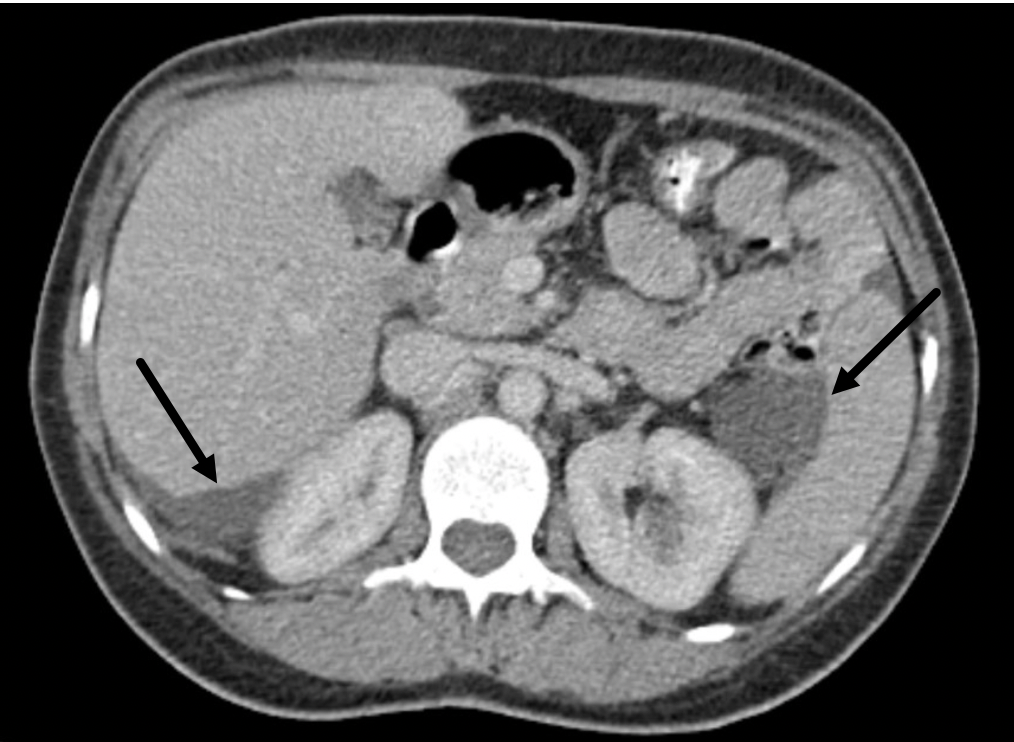 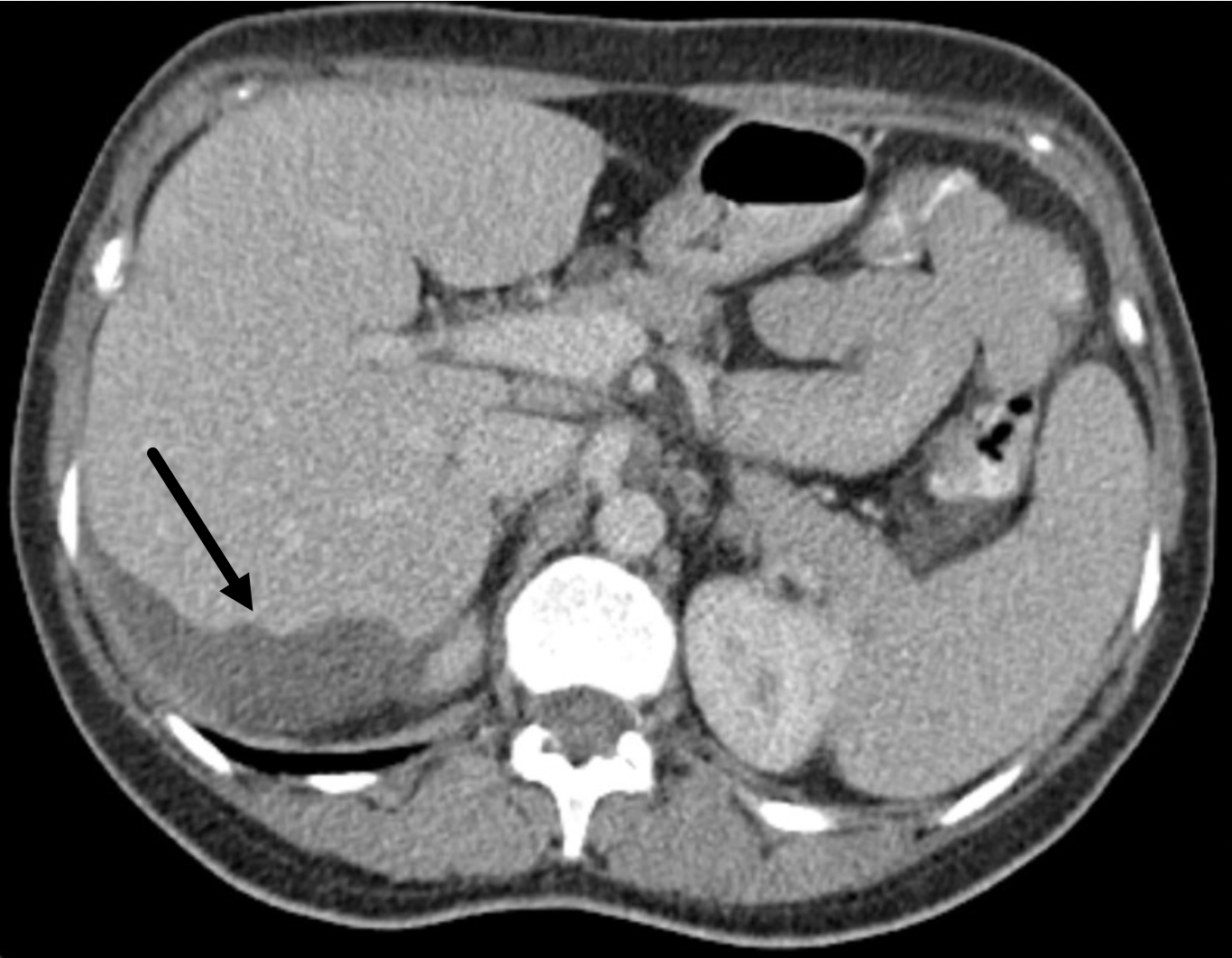 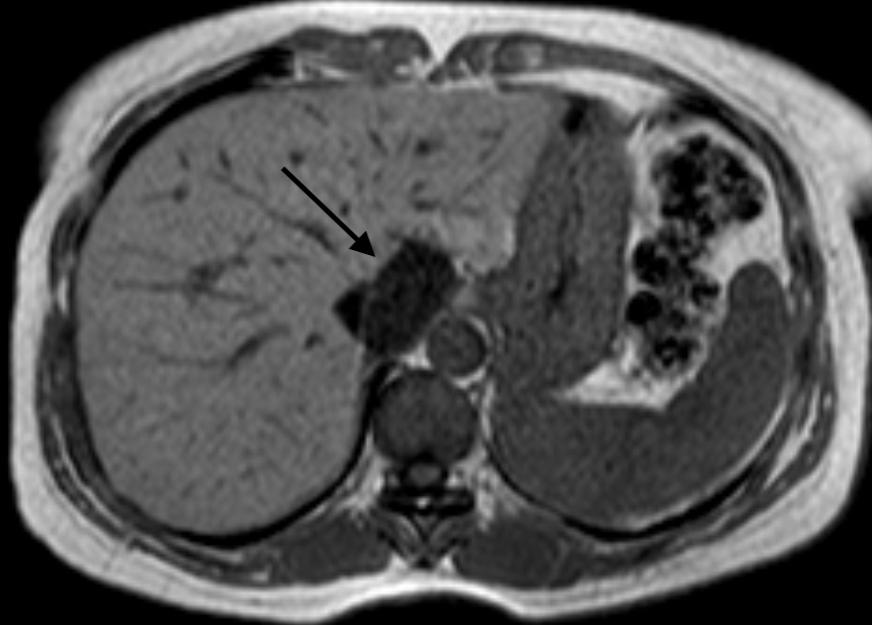 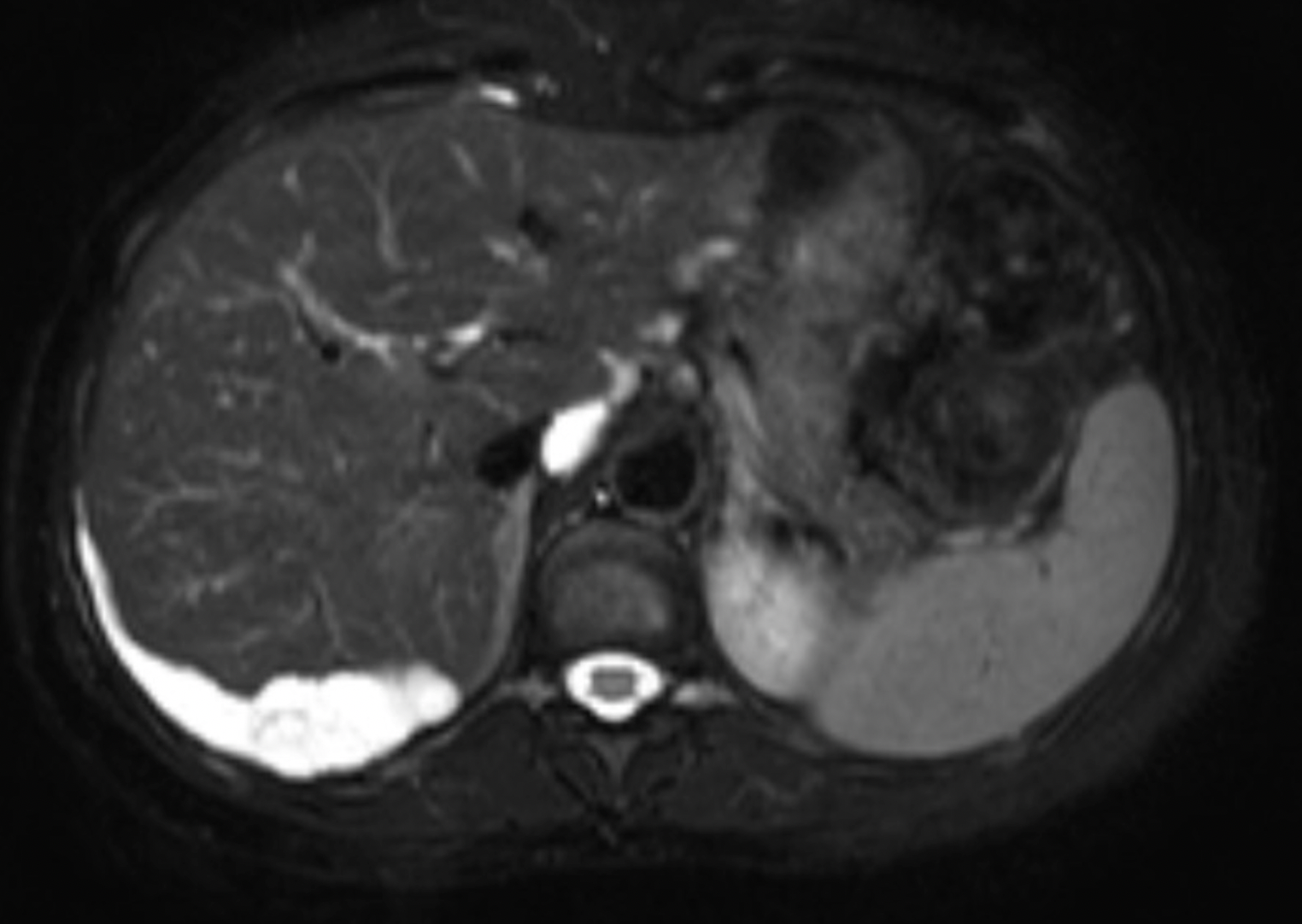 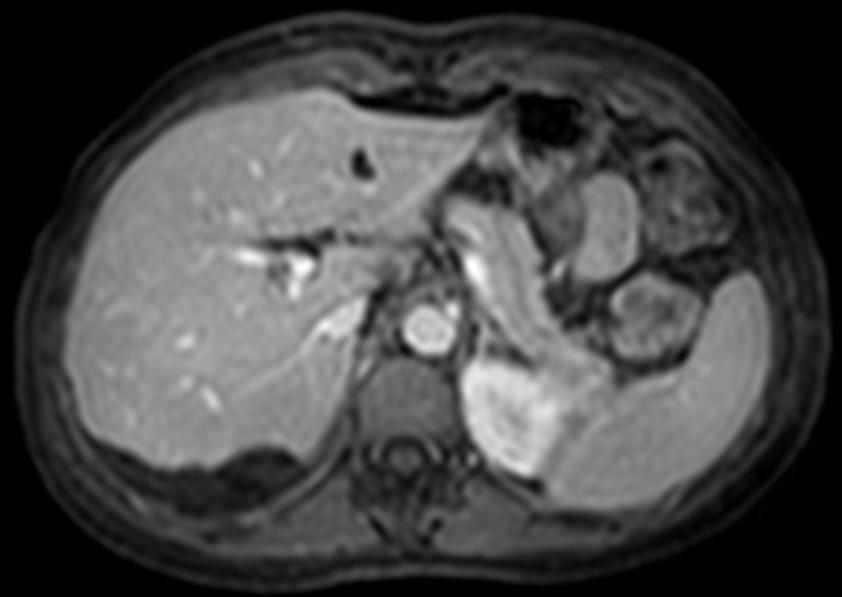