A 58-year-old female patient was transferred from another hospital to our hospital after she was previously diagnosed with bilateral pneumonia as a result of a COVID-19 (corona virus) infection and posterior mediastinal abscess. Four hours after, she developed dyspnea and chest pain, which have become progressively more severe.

A pulmonary computed tomography angiography (CTA) and delayed venous imaging (venography) were performed, which revealed a thrombus along the azygos vein lumen, severe bilateral pneumonia with pleural effusions, and previously confirmed mediastinal abscess with adjacent vertebral body osteolysis. The diagnosis of the mediastinal abscess has been made earlier, during the previous hospitalization, as coexisting comorbidity and not directly related to the bilateral COVID-19 pneumonia. Thrombotic pulmonary embolism was not confirmed.

Current studies have shown that the most typical finding in patients with COVID-19 and coagulopathy is an increased D-dimer level, a decrease in platelet count, and the prothrombin time prolongation. The coagulation changes associated with COVID-19 suggest the presence of a hypercoagulable state that might increase the risk of thromboembolic complications. [5] Intravascular thrombosis has been reported in the macrocirculation and microcirculation in COVID-19. Damiani et al. presented the first in vivo evaluation of the microcirculation in patients with SARS-CoV-2.  [6,7,8]

Radiological imaging methods are diagnostic methods of choice. Contrast-enhanced computed tomography is a gold standard in accurate diagnostic approach. A dilatated azygos vein could be seen on chest X-ray as a right paravertebral semicircular shadow near the terminal part of the superior vena cava shadow and inseparable from it. [9]

In the data-poor context, we are consistent with other authors that AVST should be considered with more focus in patients with a history of recurrent thromboembolic events and other disorders characterized by intrathoracic masses which could cause azygos venous system obstruction due to compression and subsequently venous stasis and congestion.

In light of the recent findings that are consistent with the COVID-19 and high coagulopathy risk association, an explanation for sudden respiratory deterioration in the present case is probable subsegmental pulmonary thromboembolic disorder on microcirculation level considered to originate from AVST.

The patient outcome was clinically improved due to a multidisciplinary therapeutic approach (antiviral, anti-inflammatory, anticoagulant and oxygen therapy) and sufficient for surgical treatment of the mediastinal abscess.

Due to its advances, the standard-protocol pulmonary CTA is established as the first-line imaging procedures for those patients. 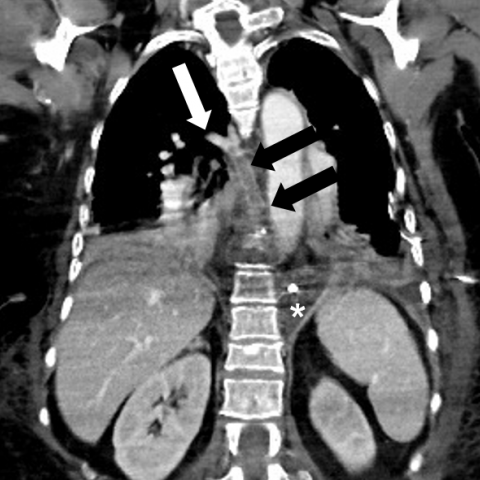 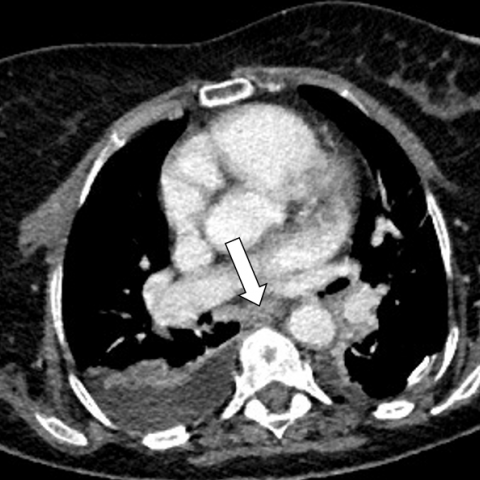 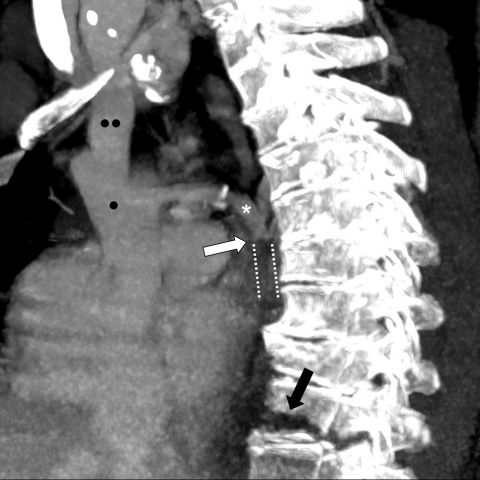 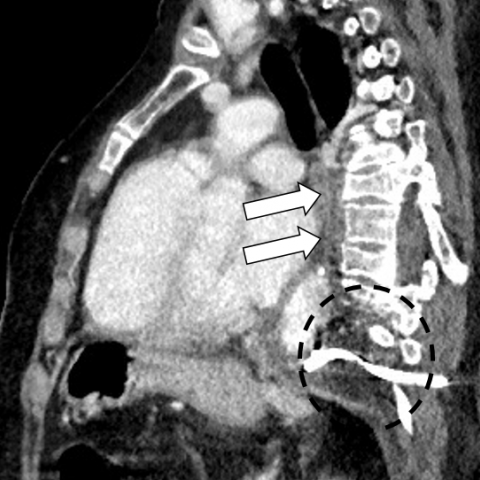 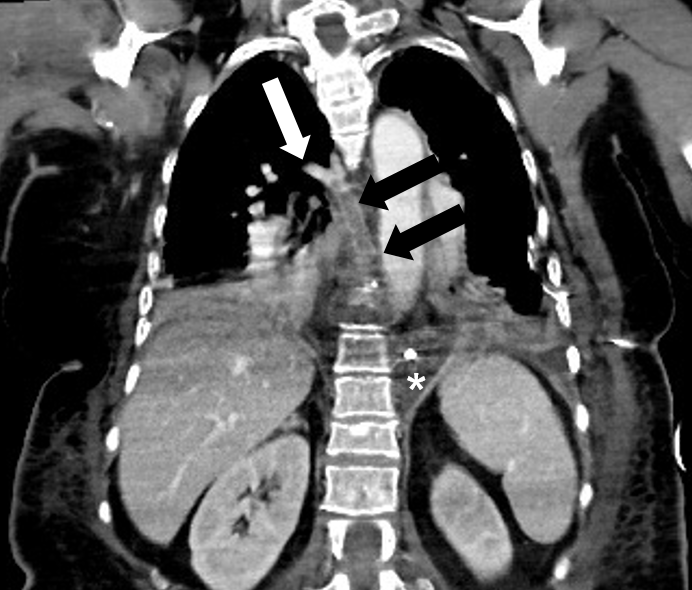 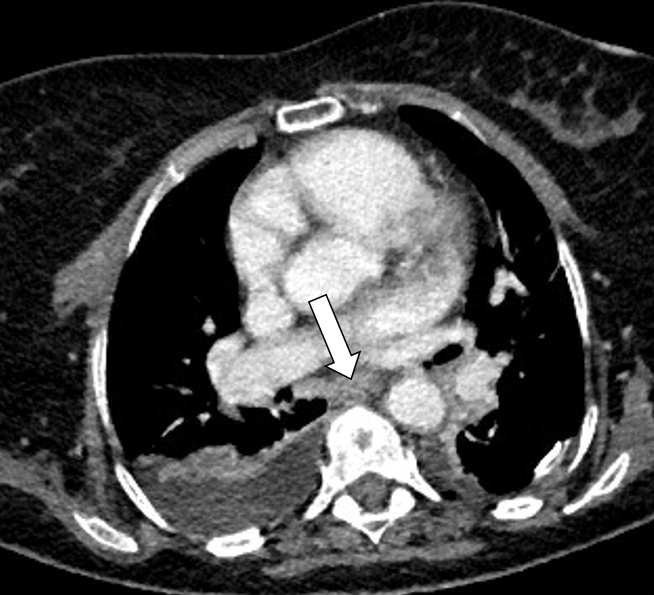 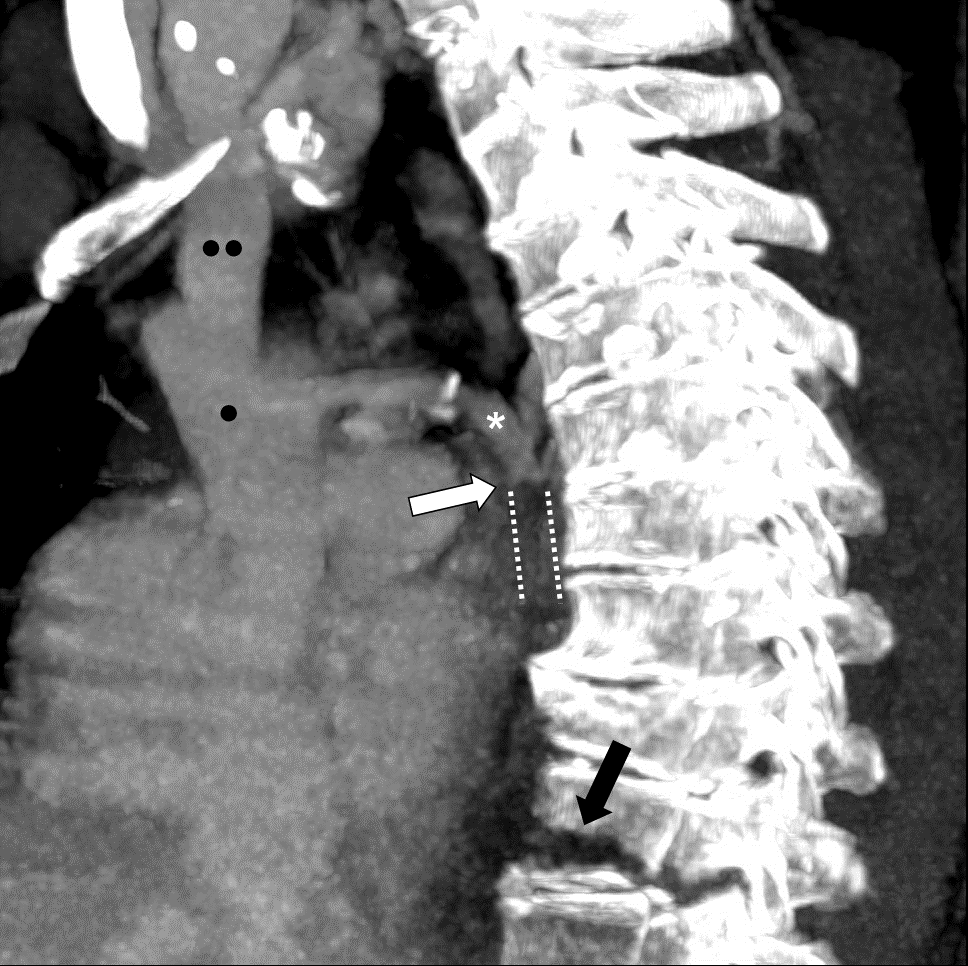 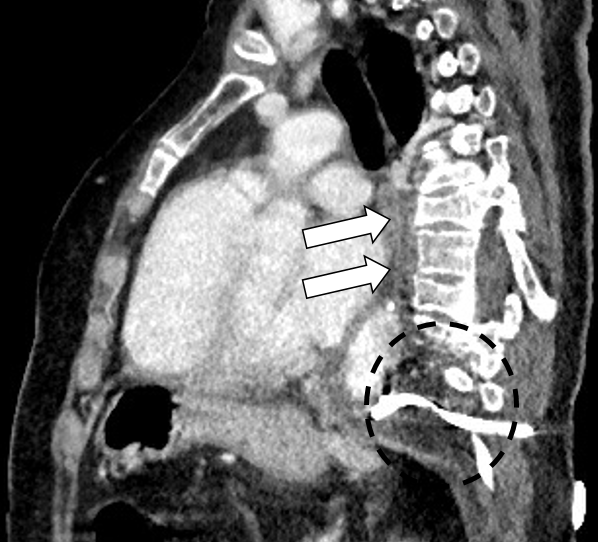