An 11-year-old boy presented to the emergency department with a 10-day history of pain in his right thigh following an accidental fall. The pain was described as a dull ache and rated 3/10. He was seen and sent home without having any x-rays. He managed to mobilize with difficulty using crutches. As the lower leg pain worsened, his mother contacted the GP.  Subsequently, she was advised to bring him back and that is when an x-ray was taken. He denied any paraesthesia or pain elsewhere. He had did not have any significant past medical or surgical history.

CT scan: pathological fracture through the distal shaft of the femur secondary to the presence of a well-demarcated lobulated lucent lesion in the medulla. There is endosteal scalloping on the anterior aspect of the femur. The tumour has a narrow zone of transition. It measures approximately 3 x 2 x 6 cm. Ill-defined fluffy soft tissue calcification is seen in the soft tissues adjacent to the fracture- not seen on the x-ray- is likely to represent periosteal reaction. Joint effusion is present.

MRI scan: Multiloculated non-expansile lesion is seen in the right distal femur metadiaphysis. This lesion is eccentric, extending to the medial cortex with endosteal scalloping. Nor obvious extraosseous extension is identified. This lesion demonstrates a narrow zone of transition. There is a pathological displaced fracture within this lesion with posterior and proximal displacement of the distal fragment. There is periosteal reaction noted in the femur, however, this would be secondary to the pathological fracture.

Chondromyxoid fibroma is one of the rarest benign tumours of cartilaginous origin. It accounts for less than 0.5% of bone tumours and less than two per cent of benign bone tumours. It mainly affects the metaphysis of long bones, the proximal tibia being the most common location. It is frequently diagnosed in the second decade of life and is slightly more common in males[1]

Typically presents as long-standing pain with mild swelling around the affected area. It can lead to pathological fractures

On CT scan the appearance varies but typically shows cortical thinning and/ or destruction of the cortex. Internal mineralisation appears in less than 10% of cases.  On MRI the lesions tend to be homogenous isointense to muscle tissue on TW1 and mostly heterogeneous of intermediate intensity on T2 STIR[2]

Multiple modalities of treatment are available; however, some patients require a combination of therapies.

Prognosis is generally good and the majority of cases recover with no complications.

However, complications have been reported with:

1) Post-surgical complications including wound infections and fractures at the site of curettage.

2) Recurrence: recurrence rate correlates with the age of diagnosis. The younger the patient the more likely to have recurrences

3) Malignant transformation is rare, with figures reported between 1-2%[3]

Chondromyxoid Fibroma is one of the rare benign bone lesions, but it’s a diagnosis to keep in mind when faced with a typical radiological picture especially in patients in the second decades of life. 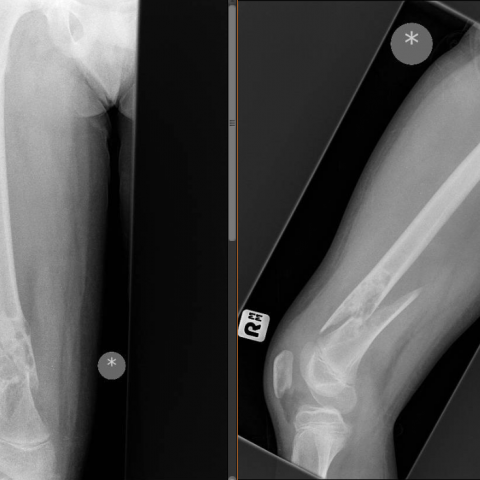 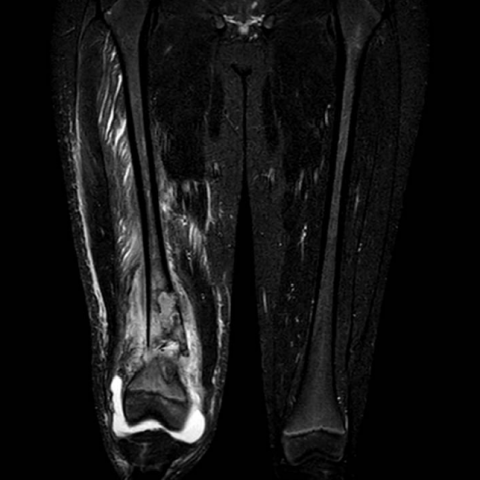 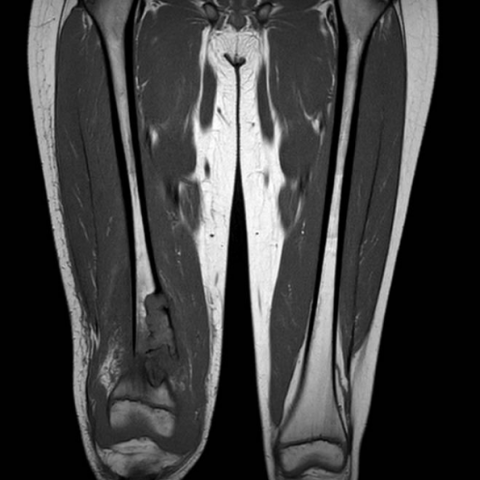 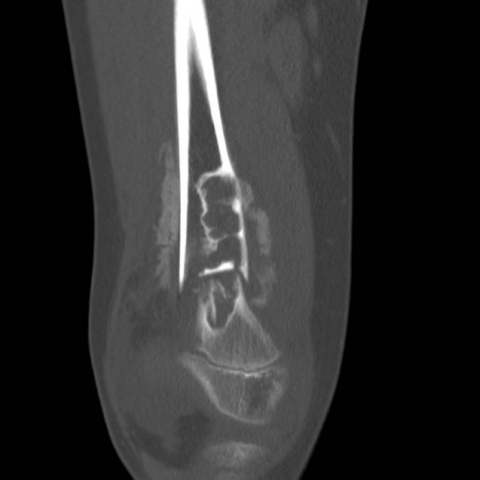 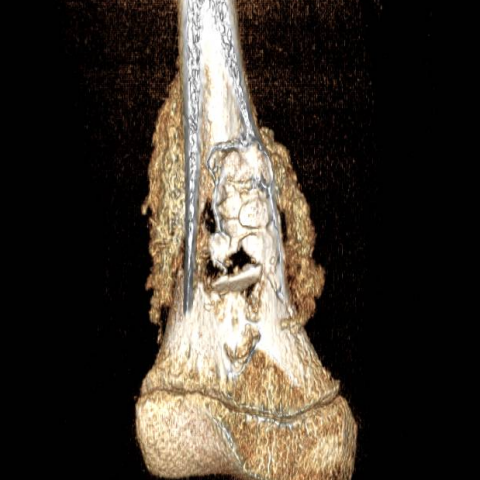 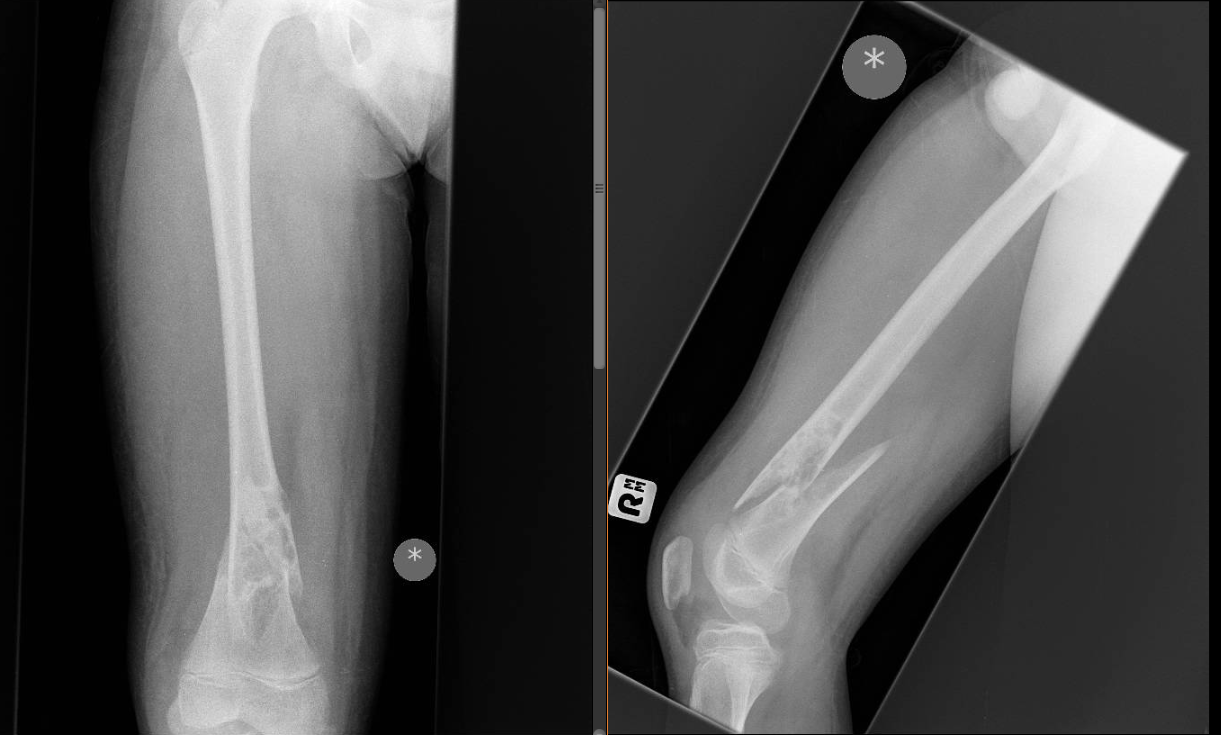 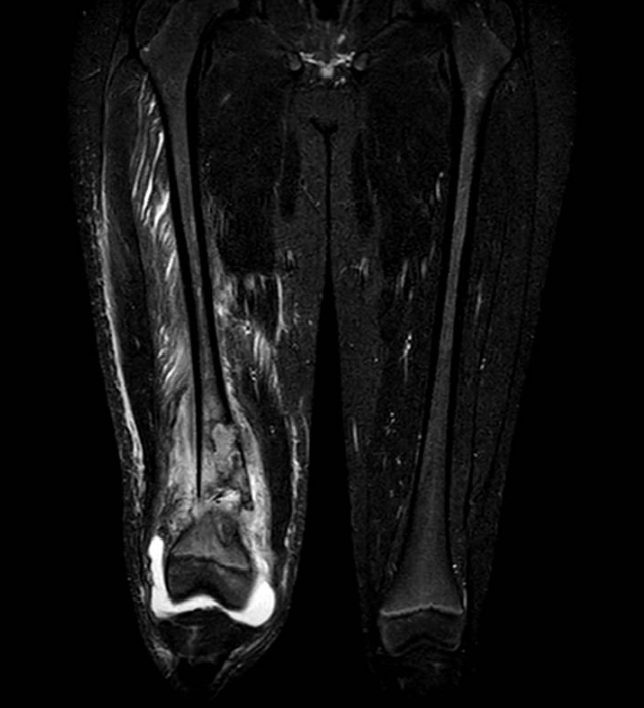 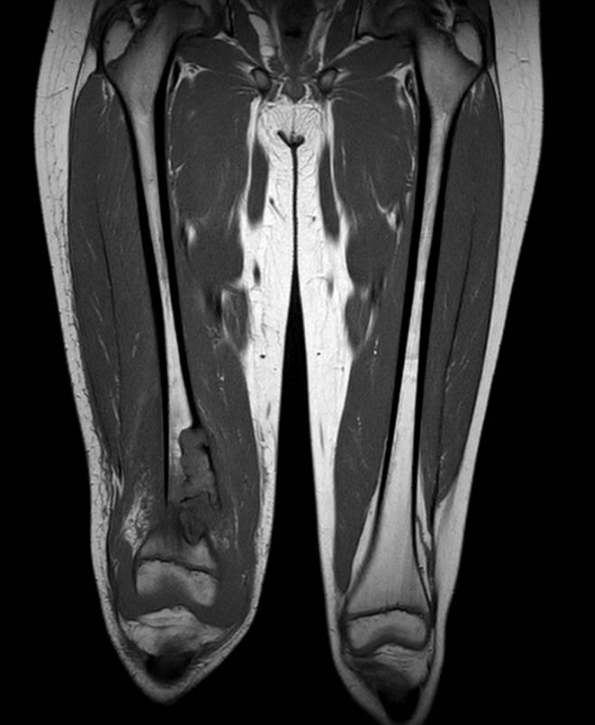 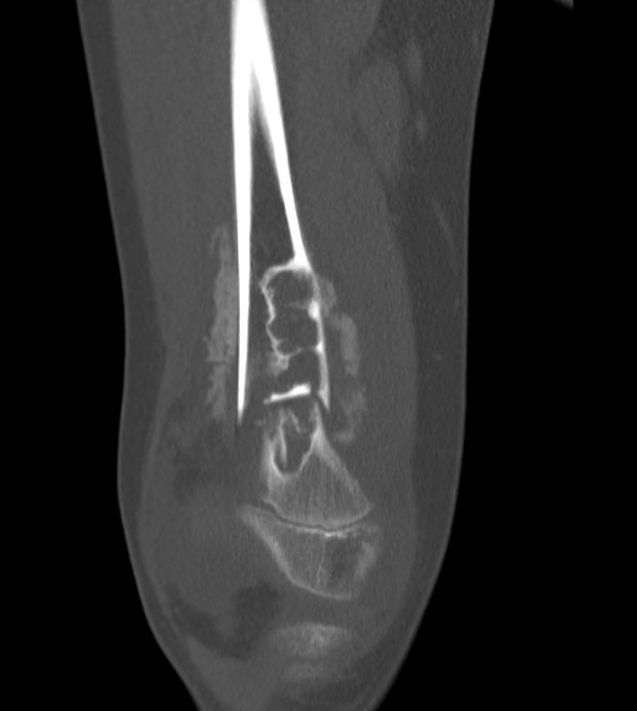 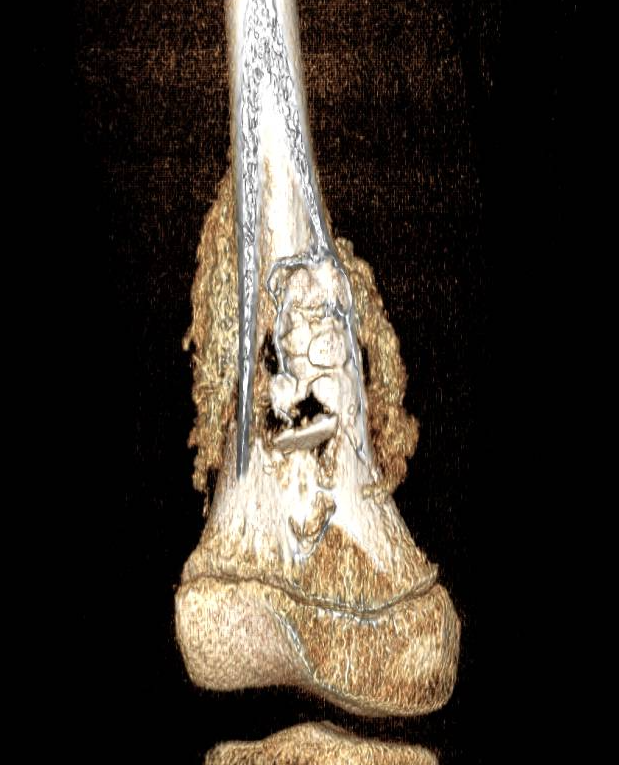