Endometriosis is defined as the presence of endometrial tissue outside the uterus and affects around 10-15% of women of reproductive age [1]. It most commonly affects the ovaries but it can affect any organ of the pelvic peritoneum and even infiltrate the gastrointestinal tract, urinary tract or spread to extra-abdominal locations [2]. Hepatic endometriosis is rare; it was first described by Finkel et al in 1986 in 21-year-old female presenting with nausea, epigastric pain and vomiting, which was diagnosed to have a 13 cm endometrial cyst present in the left lobe of the liver [3].

Presentation of the patient can vary, from being asymptomatic to presenting with chronic pelvic pain and/or infertility. There can also be an individual or combination of unusual symptoms such as rectal bleeding, haematuria or haemoptysis, depending on the organs involved. Laparoscopy or biopsy with histological verification of the lesion is considered gold standard for diagnosing endometriosis but imaging plays a role, in particular MRI, due to its ability to characterise blood products [4].

In our case, an ex-smoker, presenting with intermittent haemoptysis and elevated ovarian tumour markers, had a lesion extending across the diaphragm into the liver and right lower lobe. At this point our differentials included; a primary lung tumour invading the liver, a primary hepatic tumour invading the lung, a tuberculoma or endometriosis.

MRI was helpful in characterising the lesion with the rim having features typical of blood products post haemorrhage, favouring endometriosis, which also accounted for the elevated CA-125. The patient underwent an ultrasound guided biopsy and the lesion was noted to be hypoechoic and heterogeneous. Additional history at that time noted her haemoptysis to be cyclical and coincided with her menstrual cycle. This narrowed our differential down to hepatic endometriosis with catamenial haemoptysis. Eventually, histology reporting benign endometrial glands confirmed our diagnosis.

The management of endometriosis requires a multidisciplinary approach ranging from surgery, hormonal therapy and pain management [5]. Due to the location of the endometriosis and the patient approaching menopause, she was started on a gonadotropin-releasing hormone (GnRH) agonist. The response of GnRH agonist was positive with the endometrioma shrinking on follow up imaging with subsiding pain.

Hepatic endometriosis is rare. An accurate history of cyclical symptoms in combination with imaging for blood products is key to the diagnosis whilst histological verification remains the gold standard for confirmation. 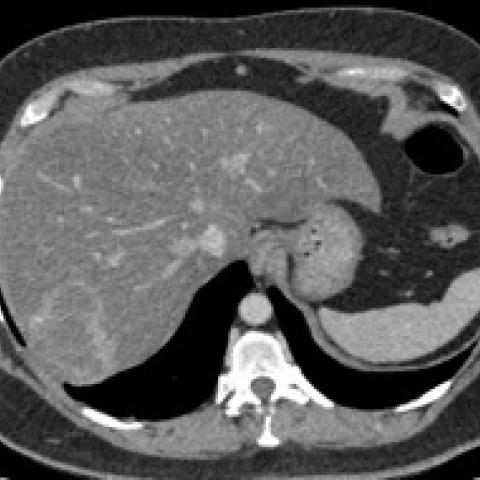 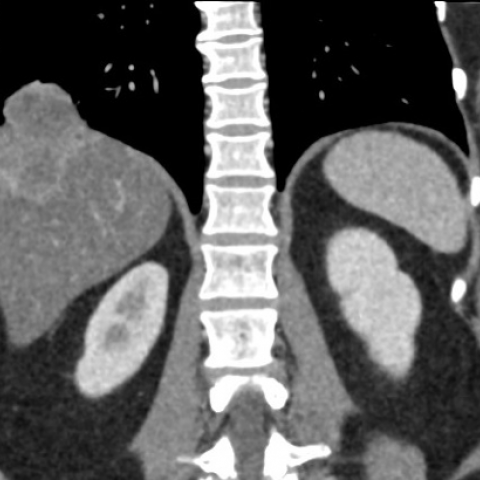 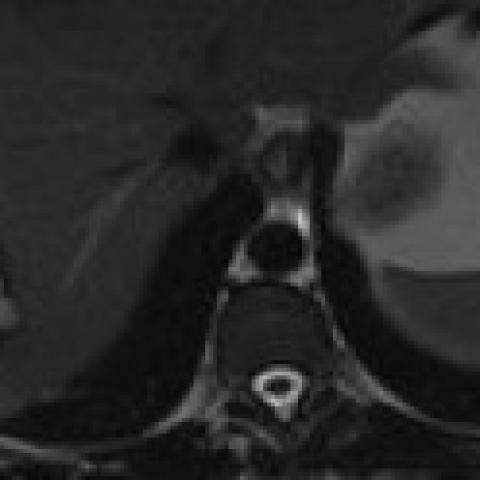 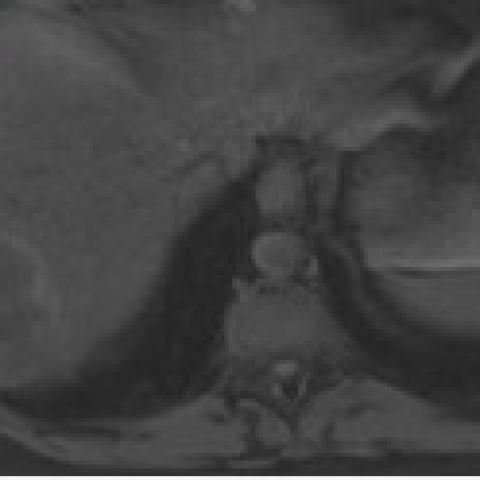 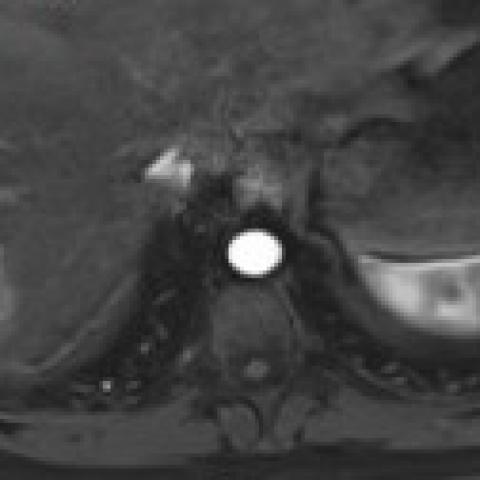 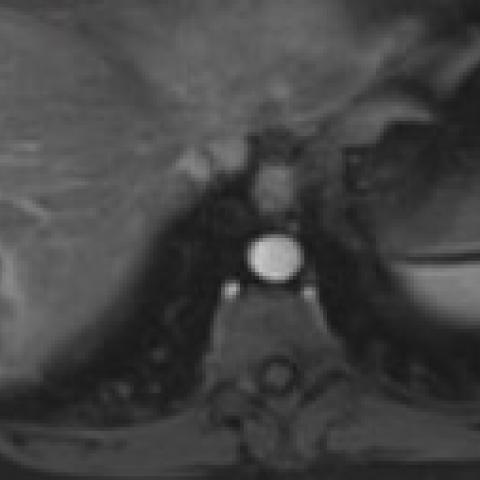 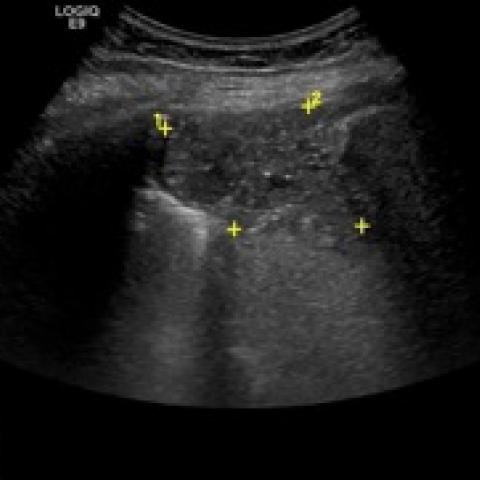 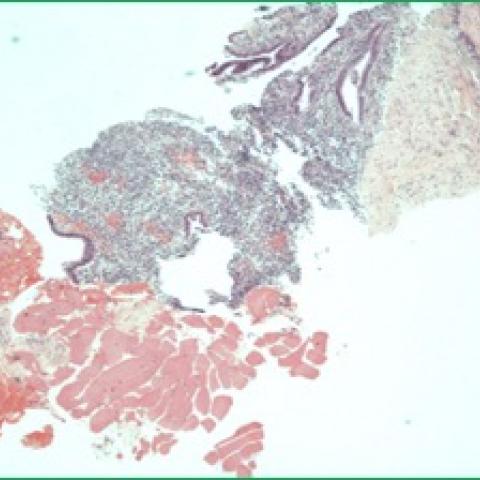 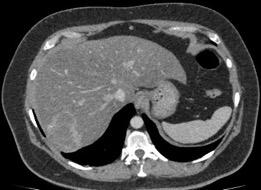 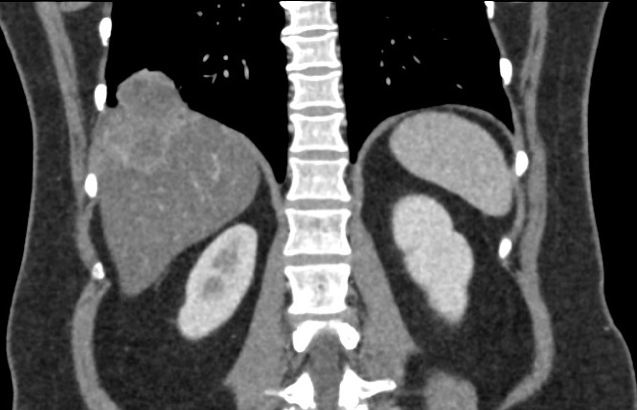 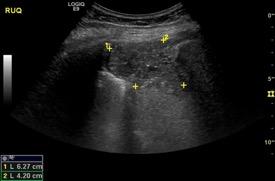 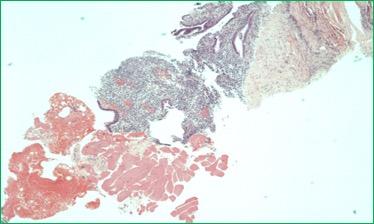