A 14-year-old girl visited her GP with worsening abdominal pain and subfebrile temperatures. The patient was referred for an abdominal ultrasound in a private radiology centre. The initial report described an ‘indeterminate pelvic mass’, whereby the patient was immediately sent to our hospital for further workup.

The initial ultrasound report described a ‘tubular structure’ of 61,4 x 32,4 mm in the left iliac fossa with an anechoic lumen, hyperreflective residue and enlarged surrounding lymph nodes (figure 1). The differential diagnosis of a Meckel diverticulum, hydrosalpinx and an aberrantly located appendicitis was made. Due to these diagnostic hypotheses, the patient was immediately referred to our centre for further workup. A contrast-enhanced abdominopelvic CT showed a blood-filled distended vagina with slightly distended cervix and uterine cavity due to accumulation of old blood (figure 2). The initial ‘tubular structure’ was found to be the uterus, which was displaced craniolaterally due to mass-effect. Secondary mild hydronephrosis was also seen.

Hematocolpos is an accumulation of secretions and menstrual blood in the vagina. If the uterus is involved, the term “hematometrocolpos” is used. Hemato(metro)colpos is mostly due to an obstructive factor, of which an imperforate hymen is the most frequent. This results in unevacuated and possibly retrograde menstruation, with a common presentation of primary amenorrhoea with cyclical pelvic pain, lower back pain and potentially urinary retention.[1]

Hemato(metro)colpos may result in an ‘abdominal/pelvic mass’ in cases where mass-effect is severe.[2] Ultrasound features are generally a fluid-filled, thin-walled structure in the pelvis. This is due to the accumulation of blood in the vagina. The contents may be anechoic or may exhibit a uniform echogenicity. When severe distension is seen, care must be taken to not confuse the fluid-filled vagina with a distended bladder, as both can have a similar appearance on ultrasound.

Ultrasound is the imaging modality of choice and is usually sufficient to make the diagnosis. A repeat-ultrasound was not performed at our institution: we had opted for a contrast-enhanced abdominopelvic CT to rule out appendicitis or an inflamed Meckel diverticulum with certainty. When comparing the initial ultrasound with the CT-images, it became evident that the hematocolpos was initially mistaken for a distended bladder, where the luminal hyperreflections were initially attributed to sediment and inflammatory changes (figure 2 and 3).

Hemato(metro)colpos with severe mass-effect can cause a shift of the uterus, which may be confused with other pathology such as abcedation or hydrosalpinx.

One must also look for possible complications of hemato(metro)colpos, including signs of perforation (f.i. free abdominal fluid) and postrenal obstruction (f.i. bilateral hydronephrosis) since these guide further therapy and management.

While rare, imperforate hymen and subsequent hemato(metro)colpos is an important diagnosis to consider in pubescent females since delayed diagnosis can result in long-term complications such as endometriosis, pelvic adhesions and even infertility. Timely diagnosis and therapy can prevent serious complications.[3]

Treatment consists of hymenectomy and drainage. When complications are found (f.i. hydronephrosis or evidence of perforation), management may include more urgent treatment.

In conclusion, hemato(metro)colpos is an accumulation of blood in the vagina (and uterus), mostly due to an imperforate hymen. This diagnosis should be kept in mind, especially in young pubescent females presenting with amenorrhea and cyclical abdominal pain. Ultrasound is usually sufficient to make the diagnosis. 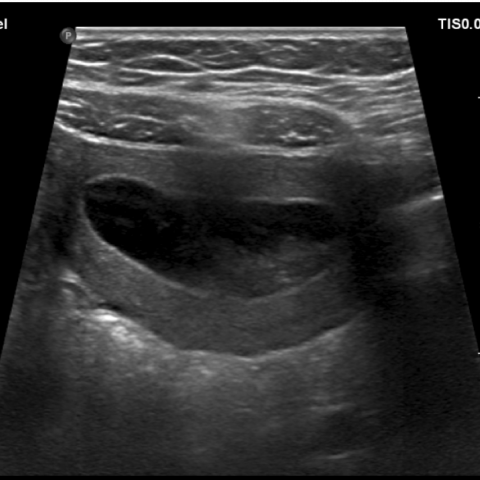 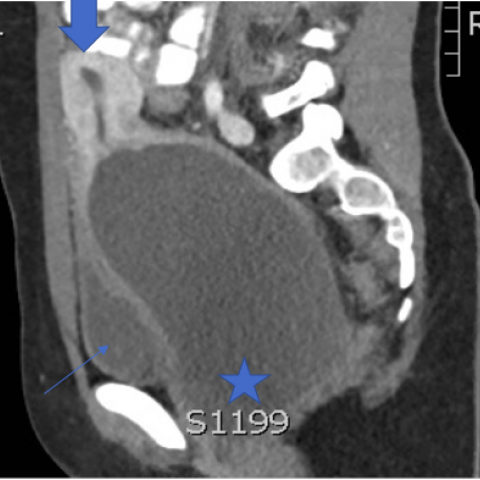 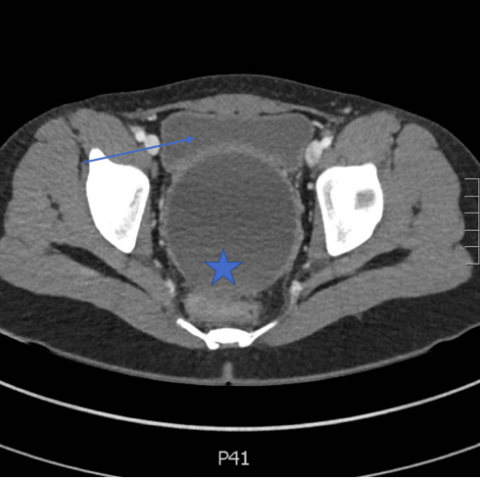 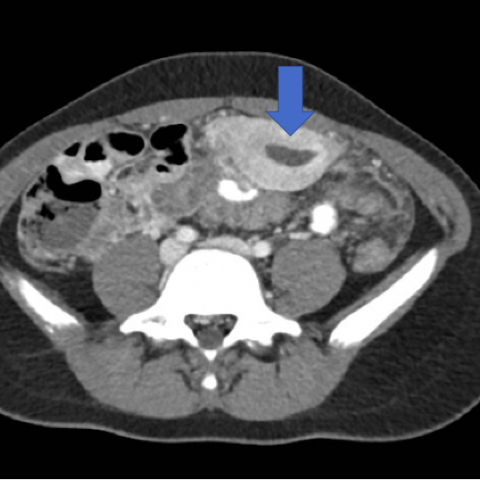 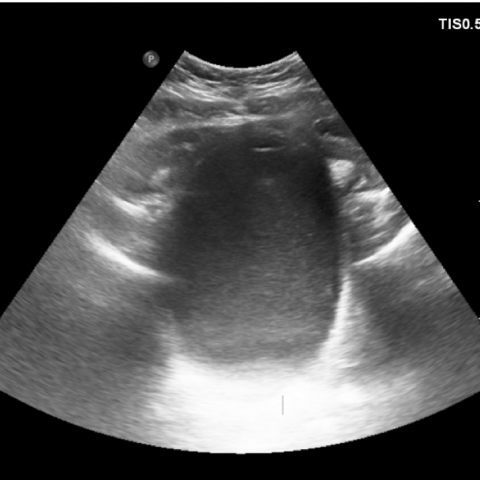 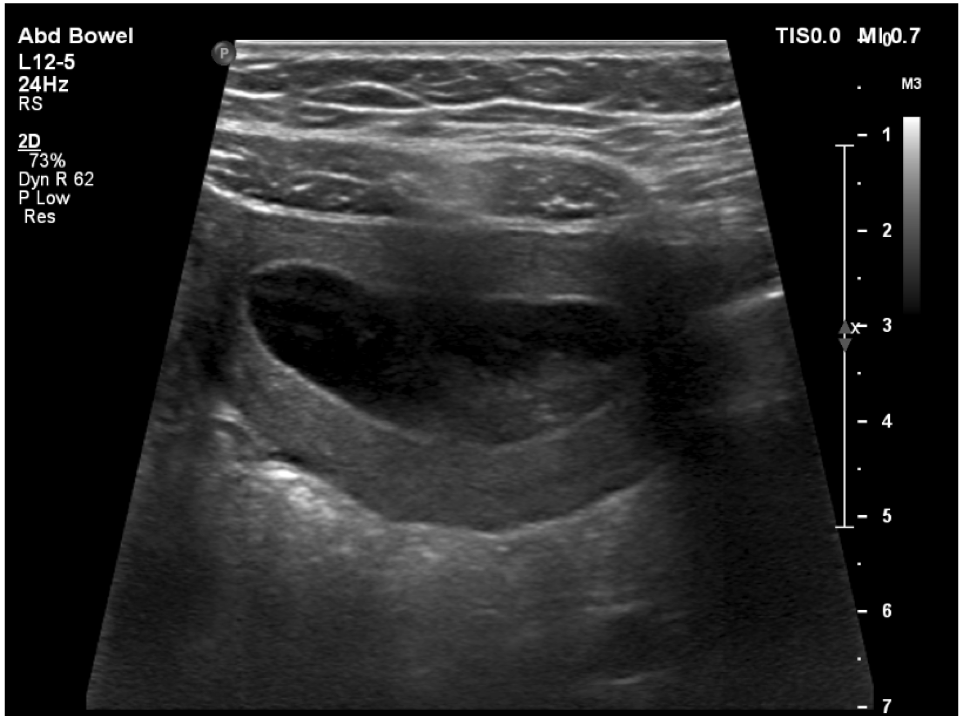 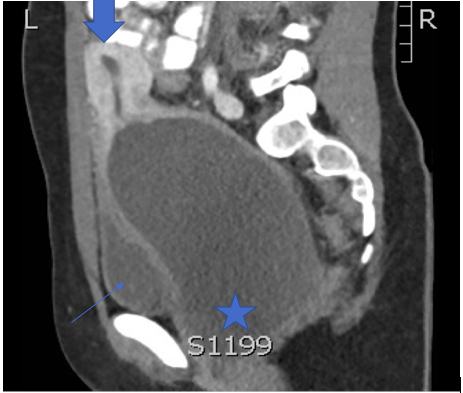 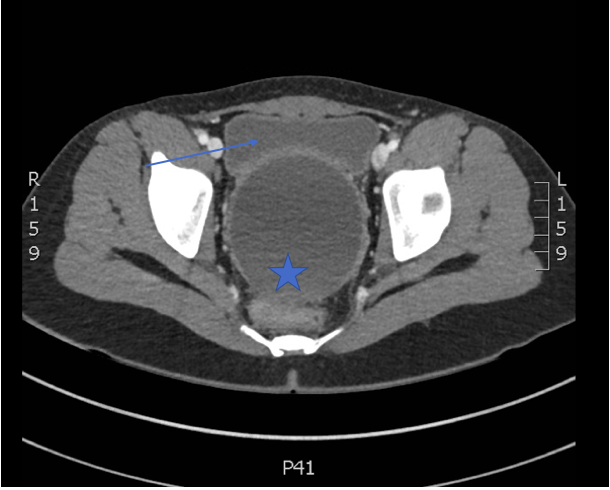 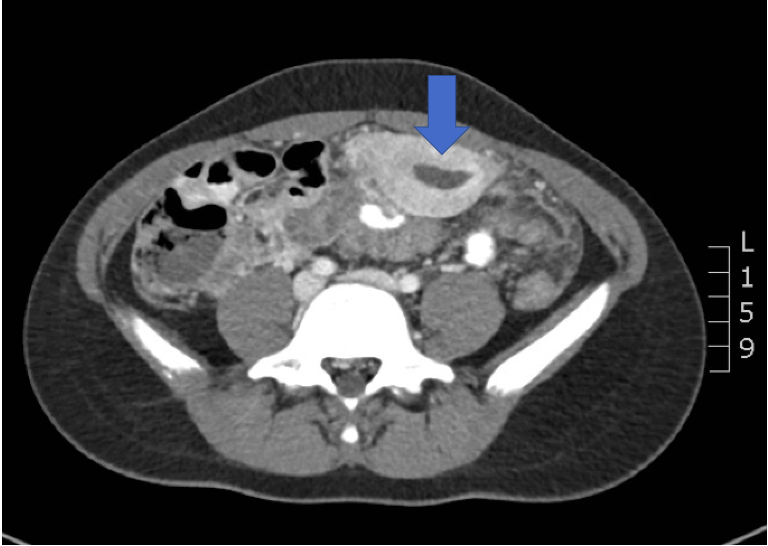 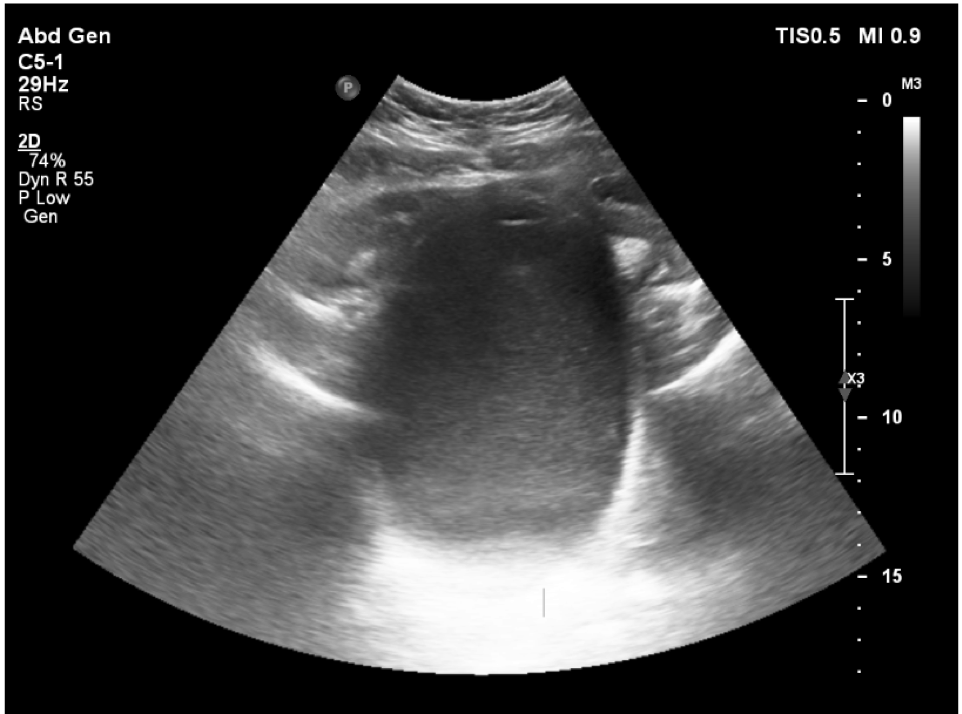