A 70-year old patient presented with a large mass at the right gluteal region, which had increased in size and became extremely painful over the last six months.

The MRI sequences show a large complex cystic-soft tissue mass located at the right gluteal region, originating from the gluteus maximus muscle, associated with edematous infiltration of the overlying subcutaneous tissue, measuring 155/98/156 mm (tr/ap/cc). The lesion is composed of a cystic component with fluid-fluid levels denoting blood products of different ages, which occupies the majority of the mass, and a smaller solid component of low T1WI signal and intermediate/high T2WI/T2 STIR signal, consisting of thick septa and dispersed heterogeneous areas that are not so well defined.

The mass exhibits scattered areas of signal loss on T2*WI, in keeping with the presence of bleeding of different stages.

The post-contrast studies show a heterogeneous enhancement of the dividing septa, and partially of the soft tissue. The non-enhancing areas within the soft-tissue component suggest intratumoral necrosis.

Extraskeletal osteosarcoma (EOS) is a malignant mesenchymal neoplasm, characterized by osteoid production in different soft-tissue locations, without continuity to the underlying skeleton. It is a rare variant of osteosarcoma (2–5%), accounting for less than 1% of all sarcomas. EOS affects older age groups (adults older than 50 years of age), with a slight male predominance, and is more aggressive, with a lower survival rate than its osseous counterpart. [1,2]

The telangiectatic variant of EOS has the distinctive features of the predominance of large, blood-filled spaces separated by septa containing anaplastic cells. [3]

From a clinical perspective, patients present with an enlarging soft-tissue mass either with or without pain, the most common locations being the lower extremities, followed by intrapelvic area and retroperitoneum. [4]

CT shows an ill-defined, low attenuation mass that contains hyperdense areas which are likely comprised of blood components and demonstrates the presence of mineralization in the soft-tissue component. MR shows mixed signal intensity on T1-WI, while on T2WI there is an inhomogeneous high signal intensity solid component associated with multiple fluid-fluid levels indicating multiple locules of blood.Viable sarcomatous tissue surrounding hemorrhagic and/or necrotic regions was best seen at contrast material-enhanced CT and MR imaging, with thick peripheral, septal, and nodular enhancement in all cases, features which are crucial for suspecting a malignant mass. [5,6]

Histopathologically, EOS it is composed of blood-filled cysts separated by septa, with highly malignant cells within the walls and minimal osteoid production. The histopathological examination is decisive for the final diagnosis. But the needle biopsy may not always be adequately sampled due to the tumour's lytic and cystic nature, hence the cellular atypia and osteoid formation may be absent, which can lead to misdiagnosis. [5,6,7]

The treatment for EOS follows the principles established for soft-tissue sarcomas rather than primary osseous sarcomas. It is based on the combination of surgical resection and radiotherapy. Some studies suggest perioperative chemotherapy as an option for advanced cases.[1,4]

In conclusion, telangiectatic EOS is an extremely rare and unique presentation of a quite common high-grade osseous neoplasm, characterized by distinctive radiographic and microscopic features. The imaging techniques play a crucial role in diagnosis, especially in the context of an inconclusive histopathological result. 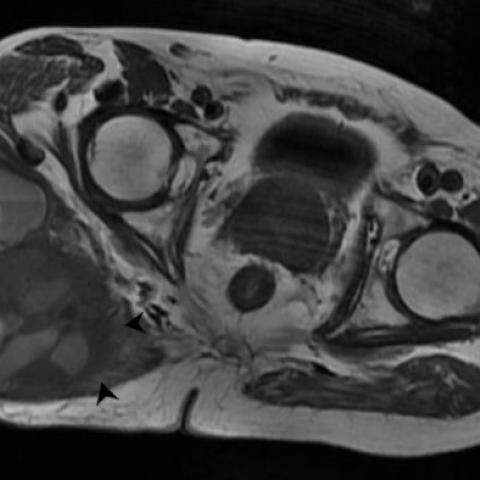 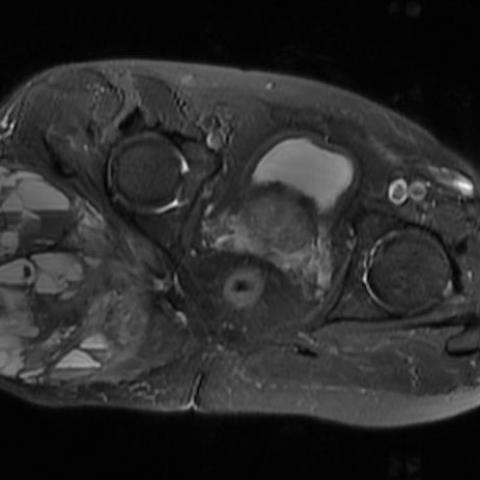 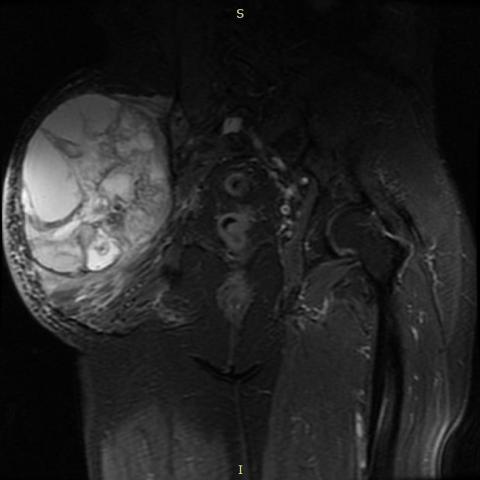 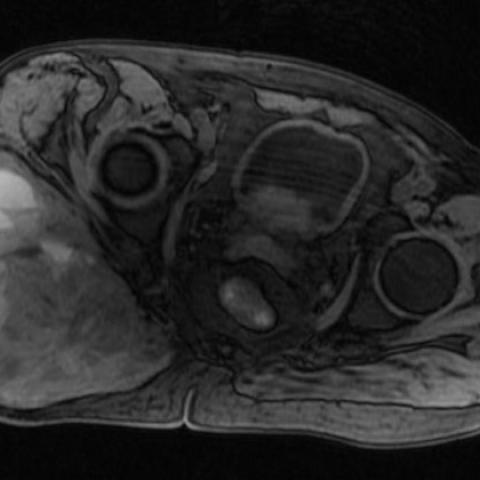 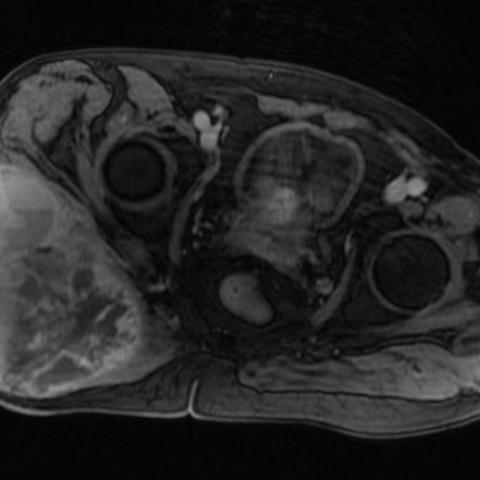 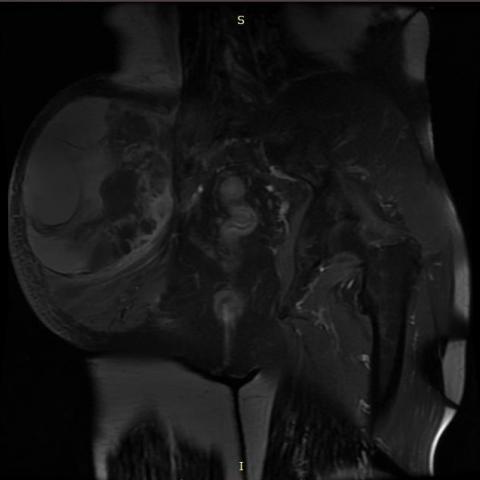 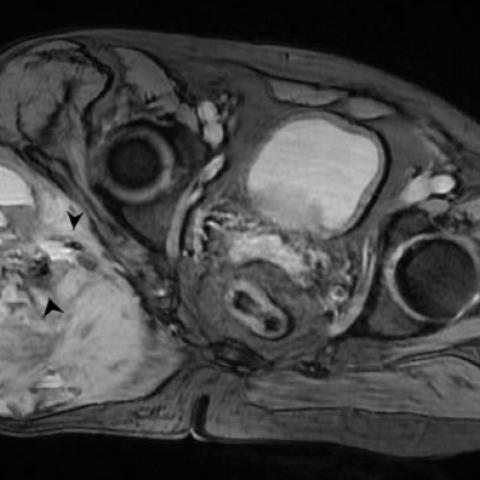 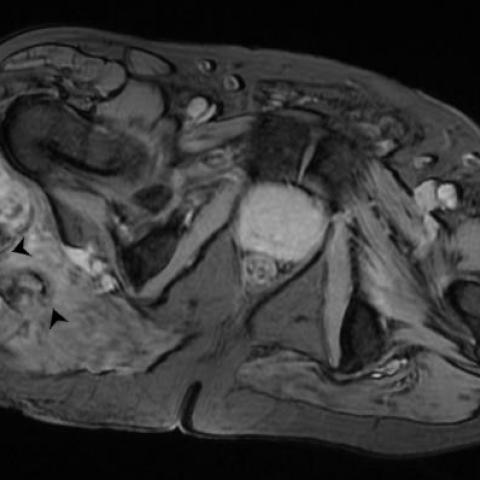 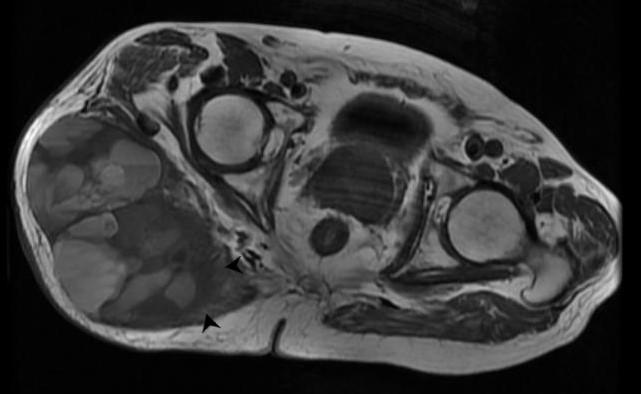 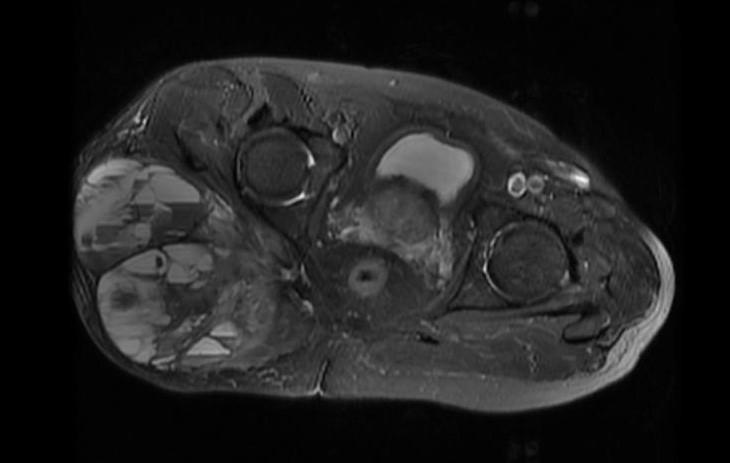 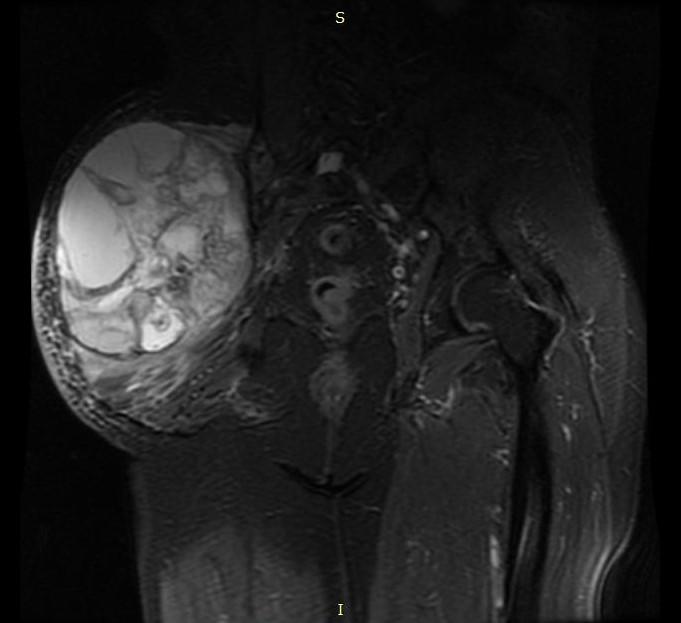 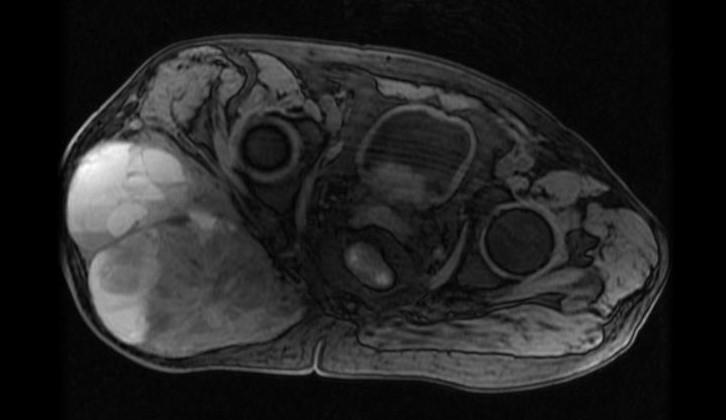 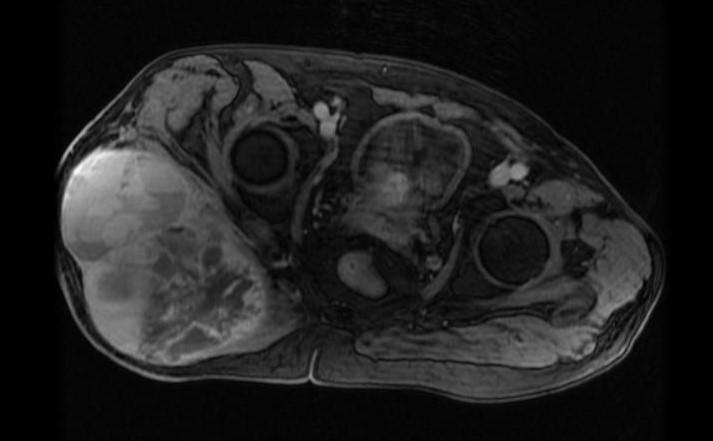 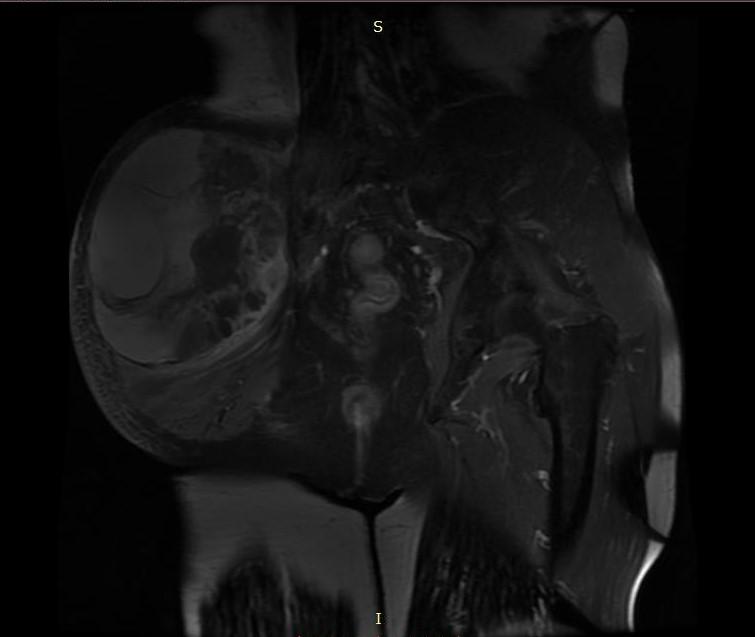 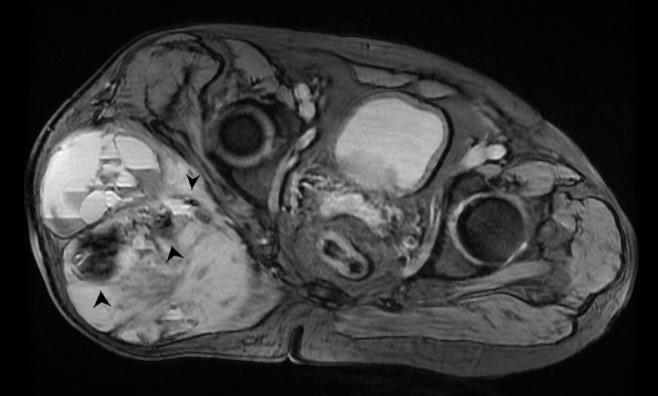 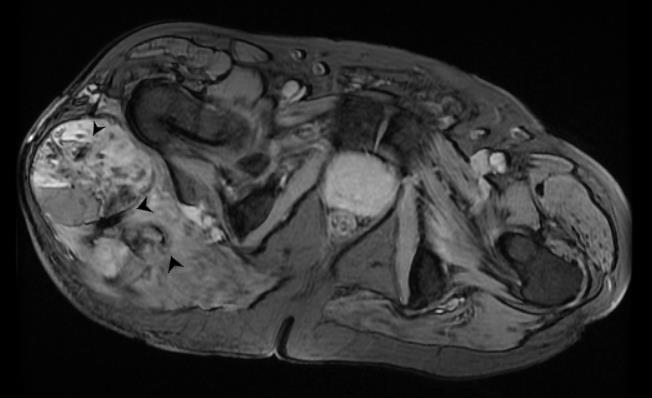