A 90-year-old woman without relevant surgical or medical history presented with intermittent upper abdominal pain and one incidence of emesis during the last 48 hours. She was afebrile with no abnormality indications in the laboratory assays.

A contrast-enhanced CT scan of the abdomen showed herniation of the terminal ileum, cecum, and the ascending colon into the lesser sac through the foramen of Winslow. There was a normal-appearing appendix in the lesser sac. There was no sign of bowel ischemia or obstruction, nor noted free air or fluid in the abdomen.

Internal herniation of the cecum, ascending colon, and terminal ileum into the lesser sac.

Abdominal internal herniation accounts for 0.2 % - 4.1 % of cases of intestinal obstruction, and they are reported in 0.2 % - 0.9 % of autopsies(Takeyama et al., 2005). The classification by Meyers and Ghahremani reports six groups of true internal hernias based on their anatomical location of origin; 1) paraduodenal, 2) pericecal, 3) foramen of Winslow, 4) transmesenteric and transmesocolislic, 5) sigmoid mesocolon, and 6) transomental(Morton A. Meyers, 1977)(Ghahremani, 1984). The Foramen of Winslow is a congenital foramen with the superior, posterior, and inferior boundaries consist of the caudate lobe/hepatoduodenal ligament, the inferior vena cava, and duodenum, respectively. Herniation through the Foramen of Winslow accounts for 8 % of all internal herniation. The structures that are known to herniate through the foramen of Winslow is mostly terminal ileum (60-70 %), sometimes cecum and the ascending colon (25-30 %), and very rarely the gallbladder, transverse colon, and omentum.(Mathieu and Luciani, 2004; Takeyama et al., 2005; Martin, Merkle and Thompson, 2006)

Symptoms related to the herniation through the foramen of Winslow has been reported being asymptomatic to severe pain(Martin, Merkle and Thompson, 2006). With a foramen of Winslow herniation, the patient has an increased risk of strangulation(Sikiminywa-Kambale et al., 2014; Leung et al., 2016). It is possible to make the diagnosis either by open surgery or by CT scan.

CT is the preferred method in diagnosing internal hernias due to the availability, speed, and reformation techniques. On CT, the key findings are bowel loops in the lesser sac, located between the stomach and pancreas, anterior to the inferior vena cava, and posterior to the liver hilum with the entry from the greater sac through the Foramen of Winslow. Additional findings might include lateral displacement of the stomach and stretching the mesenteric vessels through the Foramen of Winslow(Martin, Merkle and Thompson, 2006).

There is no documented consensus for surgical treatment, but surgery is performed in many cases to avoid strangulation and ileus(Leung et al., 2016; Sammut and Barben, 2020). In our case a laparotomy was performed three days after the debut of symptoms. The patient had postoperative atrial fibrillation and urinary infection, but no directly related complications to the surgical procedure. She passed away two weeks after the operation at a rehabilitation home.

Radiologists must be aware of this condition in patients with acute abdomen. 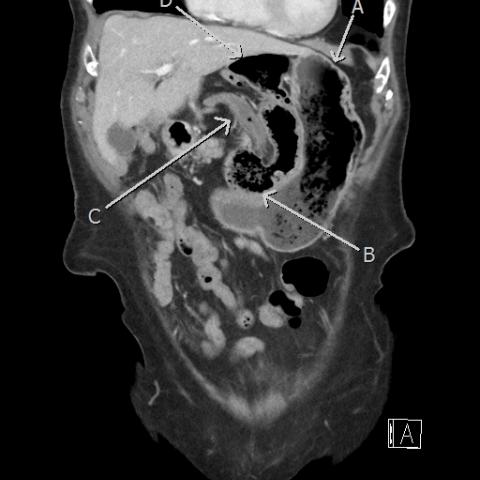 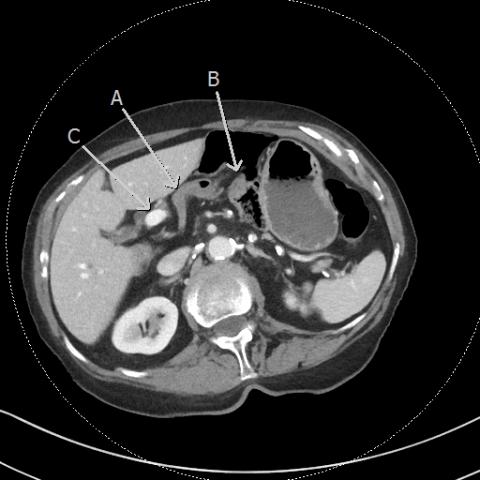 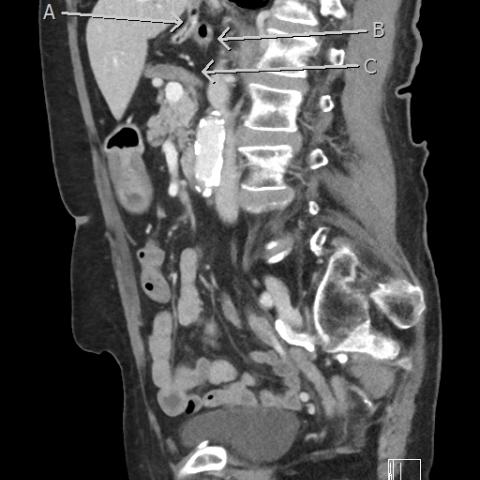 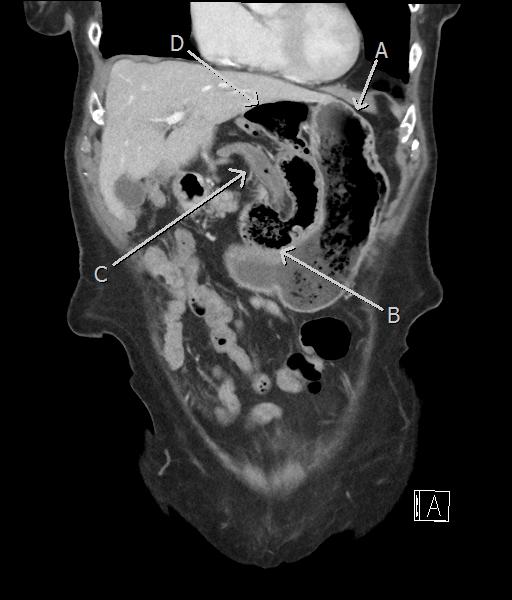 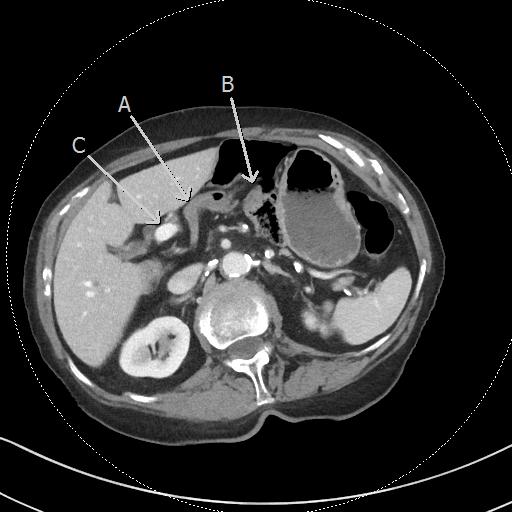 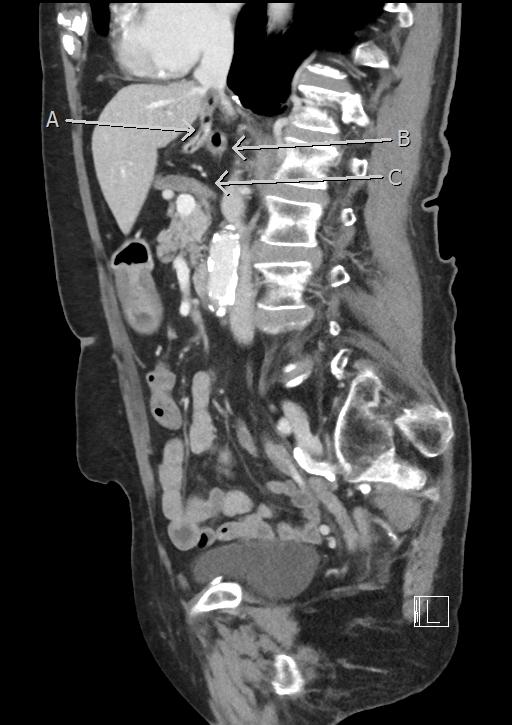