On examination, all cranial nerves intact, no weakness in upper or lower limbs, no cerebellar signs.

MRI Brain confirmed bulky pituitary and stalk with extension into the hypothalamic region.

Hypophysitis, a rare condition, is characterised by the inflammation of the pituitary gland or pituitary stalk, usually resulting in hypopituitarism [1]. The most common symptoms of hypophysitis are a headache with or without nausea and visual disturbances. Patients may also develop symptoms and signs of endocrine insufficiencies such as diabetes insipidus, hypothyroidism, hyperprolactinaemia and growth hormone deficiency. Other non-endocrine symptoms such as cranial nerve palsies, cavernous sinus involvement and weight gain have been reported [2].

Biopsy of the pituitary gland for histology assessment is a definitive method to confirm hypophysitis. This patient had her biopsy which confirmed granulomatous hypophysitis secondary to Granulomatosis with Polyangiitis. She was then started on levothyroxine for hypothyroidism and hydrocortisone.

Various treatments for hypophysitis such as immunosuppressive agent, surgery, radiotherapy and conservative options are available. Management of hypophysitis is mainly aimed at treating pituitary hormone deficiencies according to recommendations and to reduce inflammation or enlargement of the gland [1]. Mass reduction by pituitary surgery, one of the most common therapies, may be effective but patients may experience partial or significant loss of pituitary function. Glucocorticoids are useful as an inflammatory agent to reduce the size of the mass but are associated with recurrence and adverse side effects [5].

Imaging plays an important role in guiding clinicians in managing a patient with hypophysitis including further blood investigations looking for thyroid function, prolactin level and treatment and follow-up. This condition can be easily misdiagnosed as pituitary adenoma or infection. It is important to recognise the symptoms and have a high index of suspicion when patients present with these symptoms and to not delay treatment. 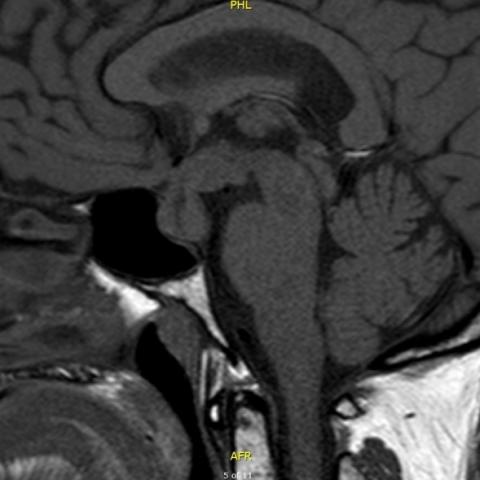 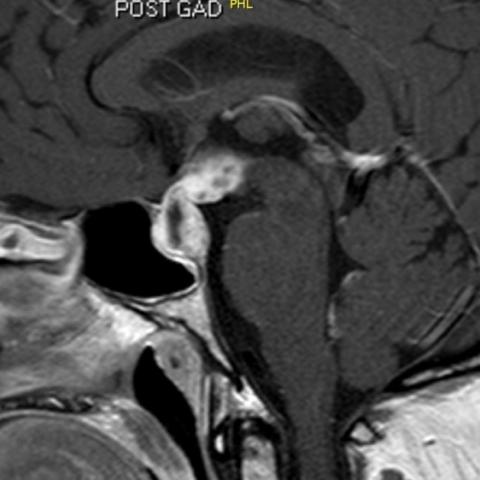 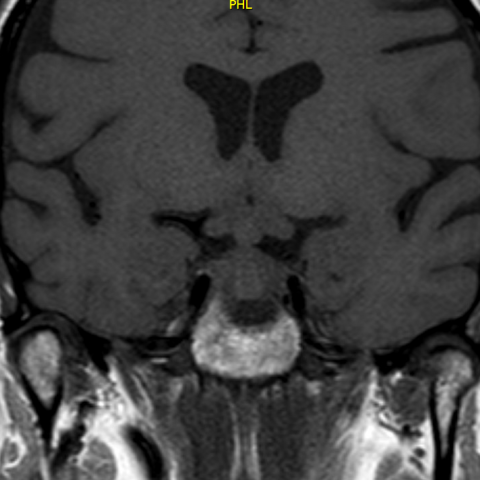 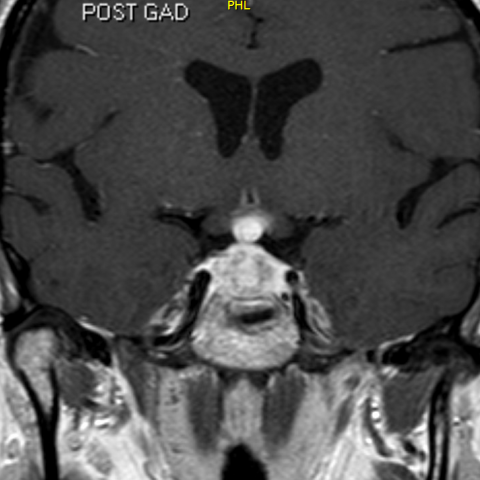 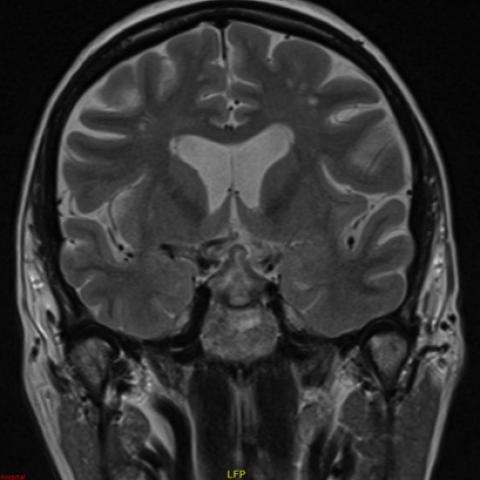 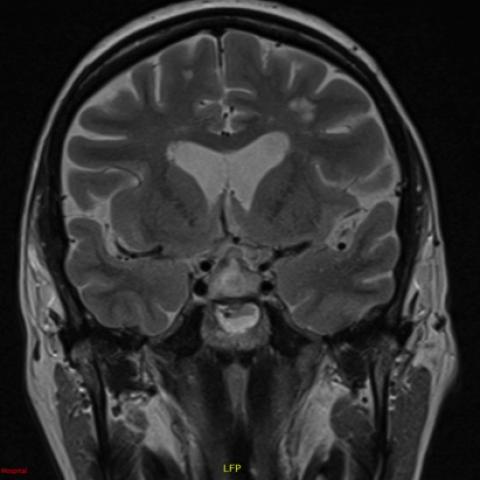 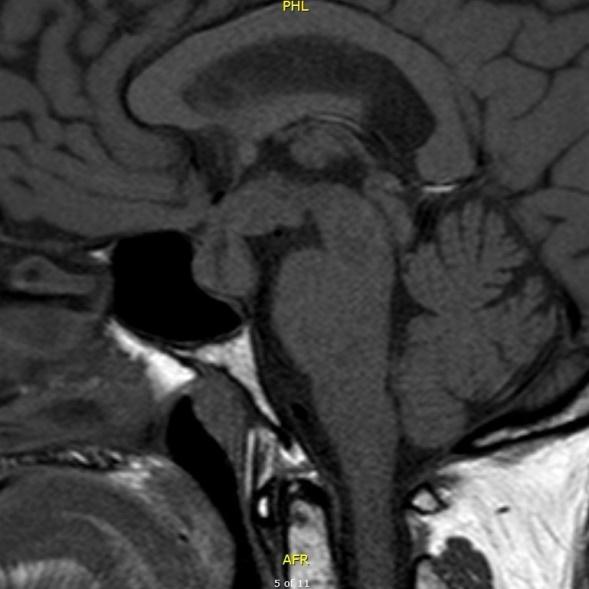 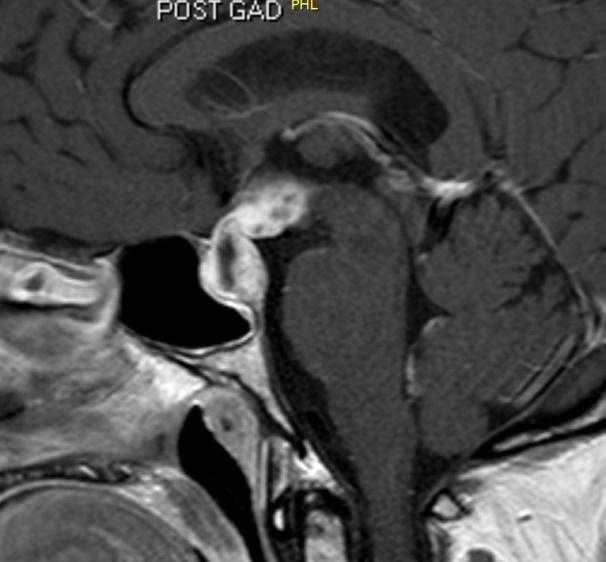 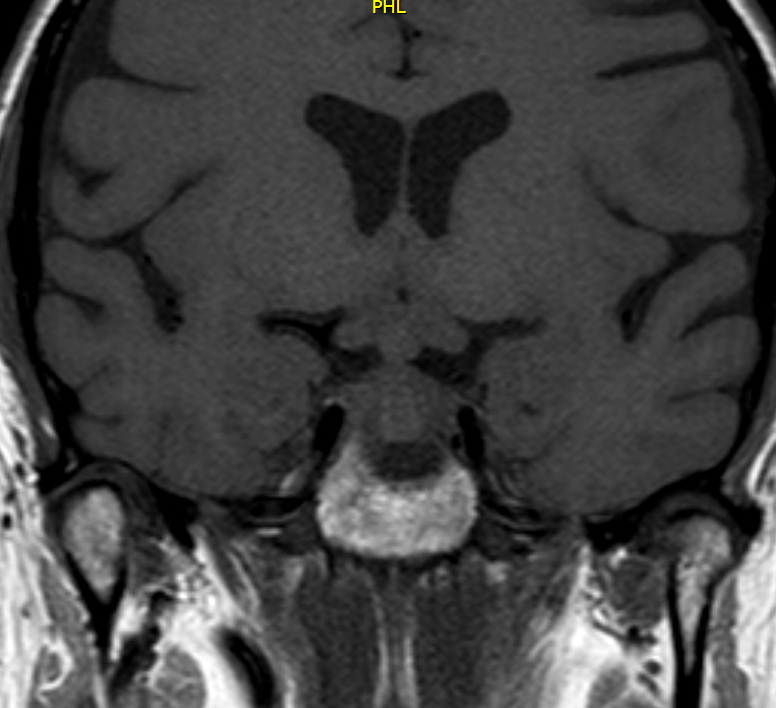 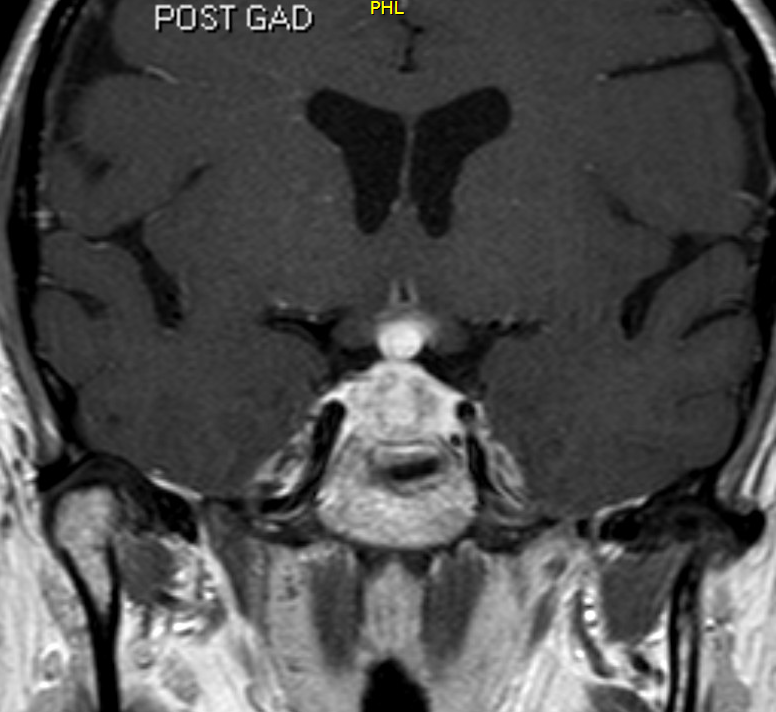 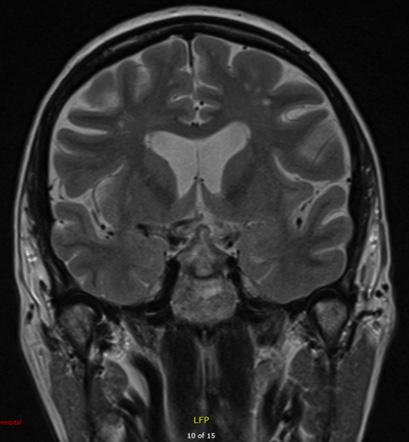 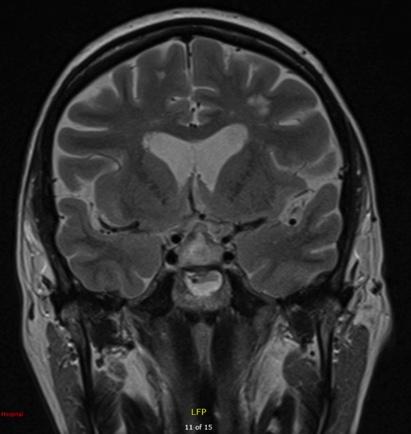