A 60-year-old male presented with a history of pain abdomen and early satiety for 3 months. He gave no history of diarrhoea or constipation.

Patient was referred to radiology department for further investigation.

Single contrast barium study showed a lobulated filling defect involving the body of the stomach. Contrast passage was seen between the lobulations. However, barium opacification was noted in antrum and pyloric region with distal passage of contrast (Figure 1).

Mucosal biopsy was taken and histopathology revealed a hyperplastic polyp.

Between 85% and 90% of all neoplasms in the stomach and duodenum are benign. [1] About 50% are mucosal lesions and 50% are submucosal. Most of these benign neoplasms are discovered fortuitously on radiologic or endoscopic studies performed for other reasons. Occasionally, however, tumours that are large or ulcerated may cause abdominal pain or upper gastrointestinal (GI) bleeding. Depending on their histologic features, some benign tumours are also important because of an associated risk of malignancy.

Hyperplastic polyps are the most common benign epithelial neoplasms in the stomach, comprising 75% to 90% of all gastric polyps. [2] Because hyperplastic polyps are not premalignant, they must be differentiated from adenomatous polyps, which have Appearance: known risk of malignant degeneration

The differential diagnosis for multiple hyperplastic polyps in the stomach includes multiple adenomatous polyps and gastric involvement by one of the polyposis syndromes. However, adenomatous polyps tend to be larger and less numerous and are more lobulated than most hyperplastic polyps. Both types of polyps can occur simultaneously in some patients, [3] but an adenomatous polyp should be suspected if one lesion is disproportionately larger than the others. [5] A generalized polyposis syndrome should be suspected if multiple polyps are also present in the small bowel or colon.

In our case, following prompt radiological diagnosis and histopathologic confirmation of the nature of the lesion, the patient was advised surgery. However, patient refused surgery due to personal reasons. He was then advised to be under regular close follow up. 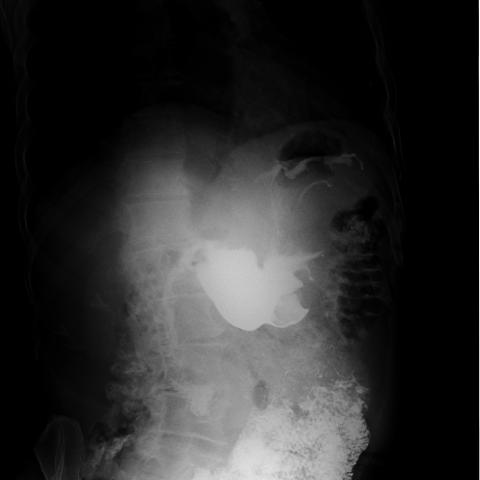 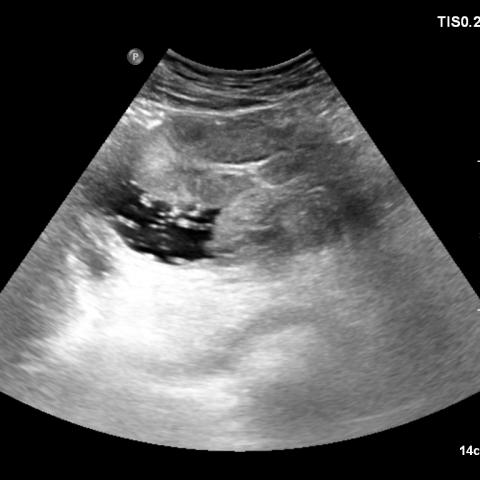 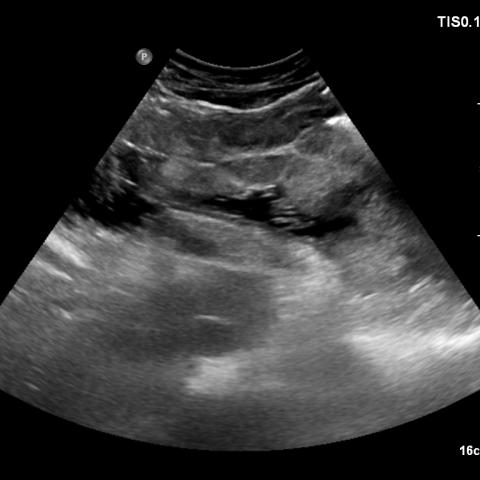 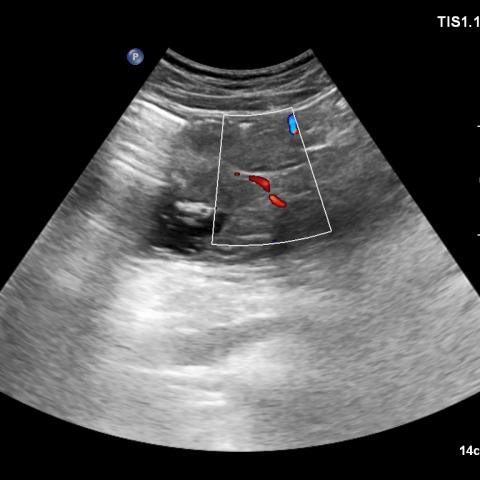 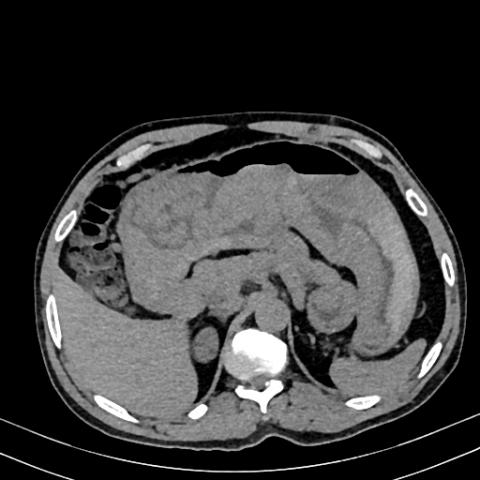 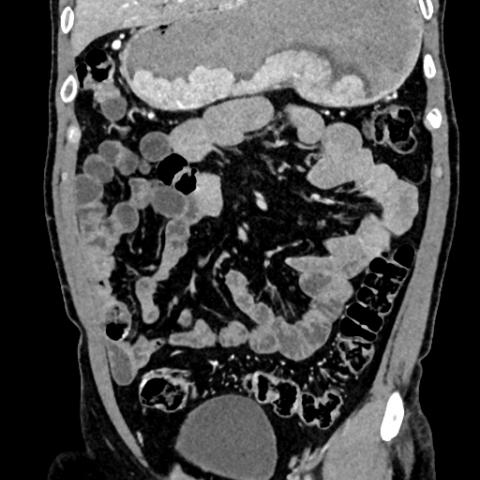 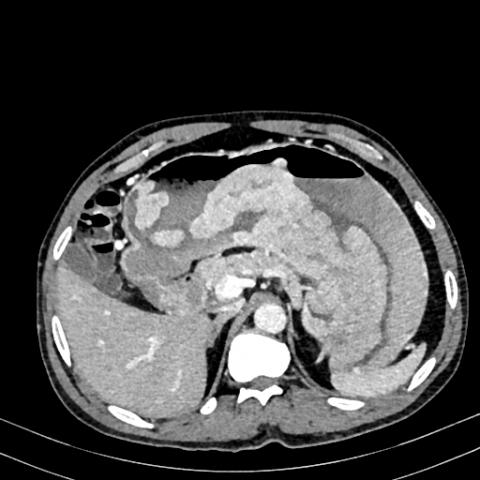 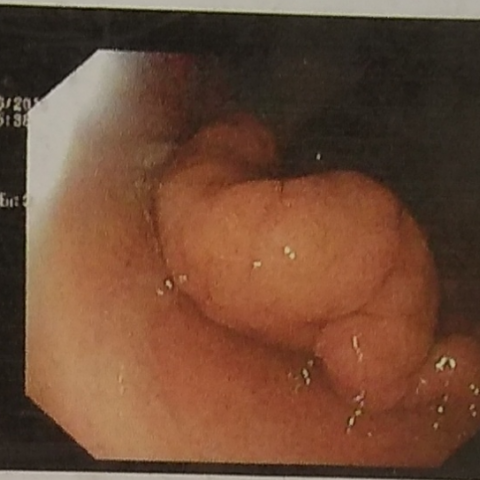 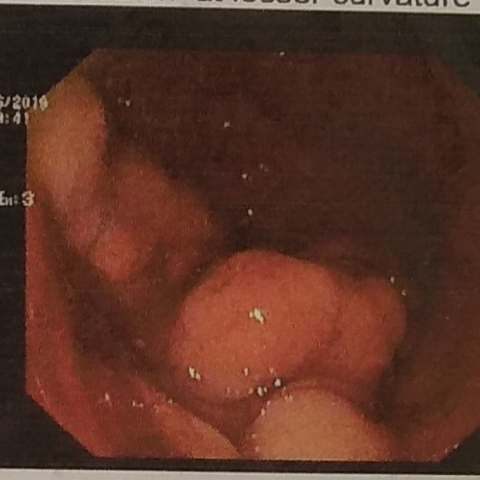 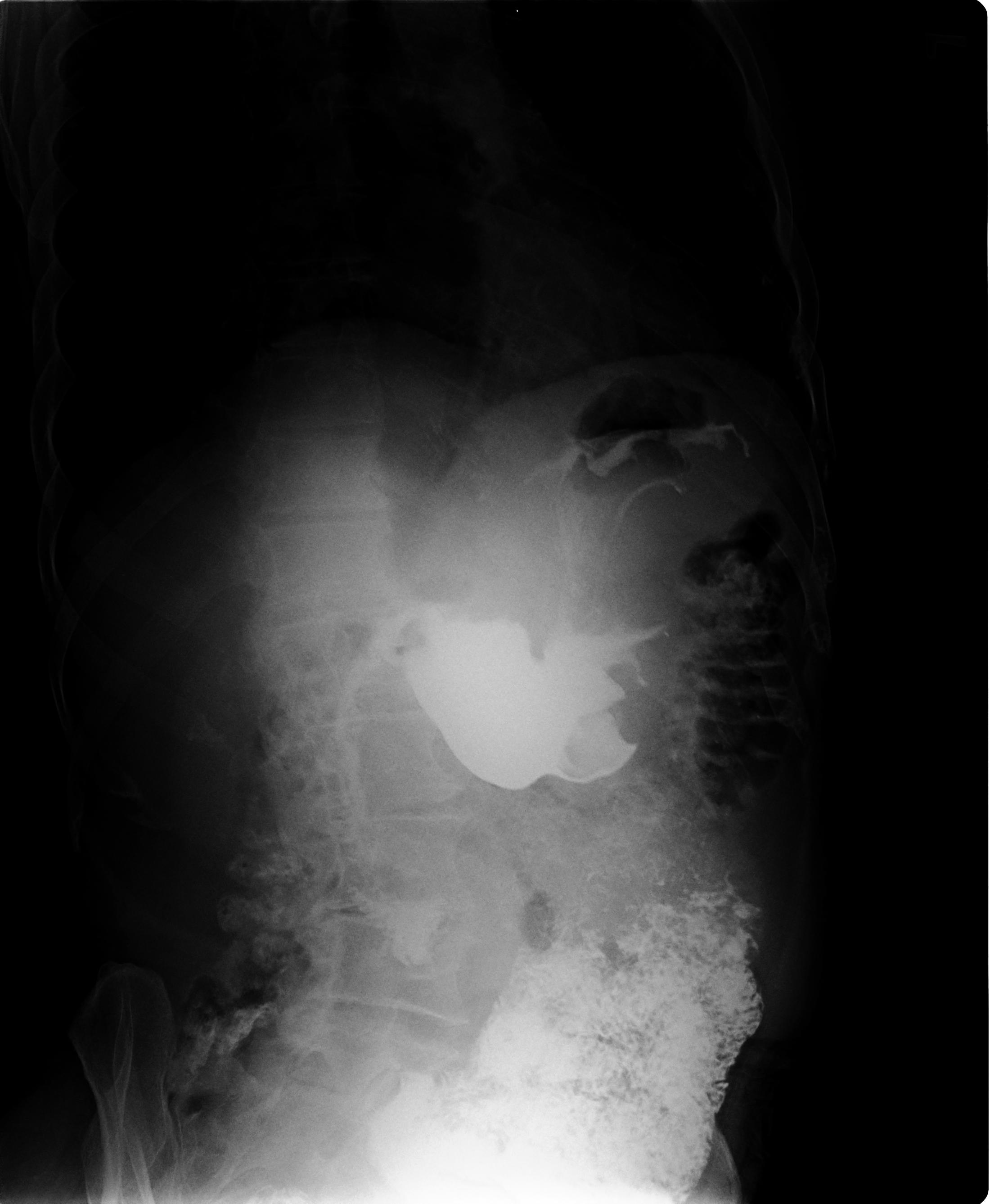 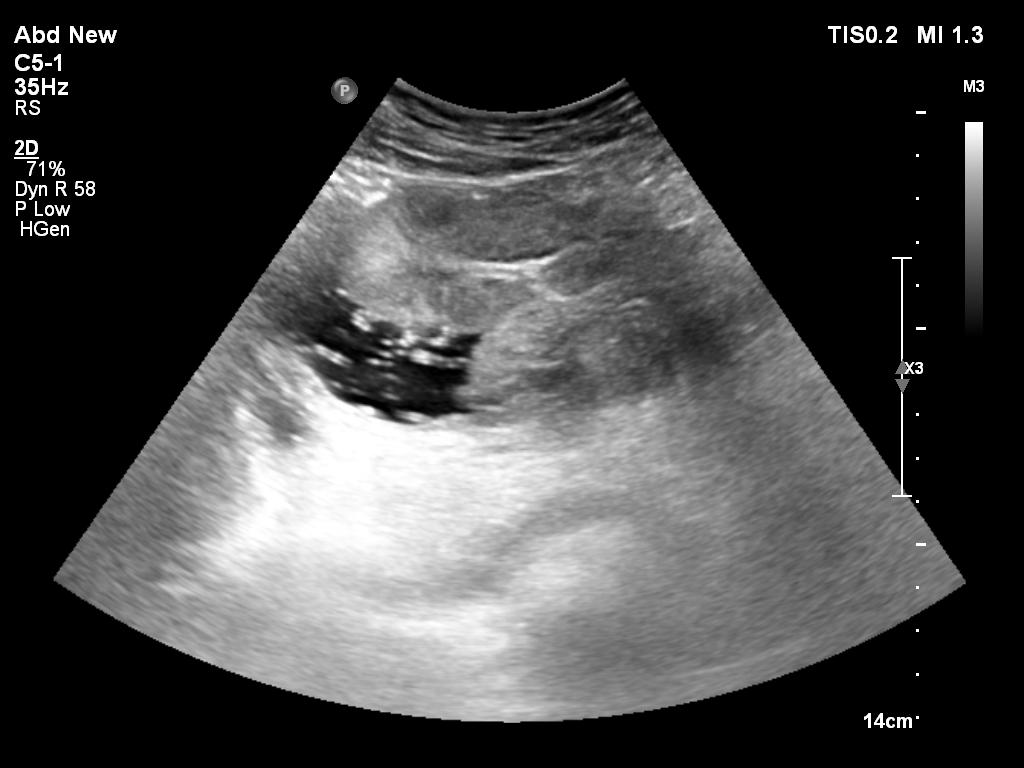 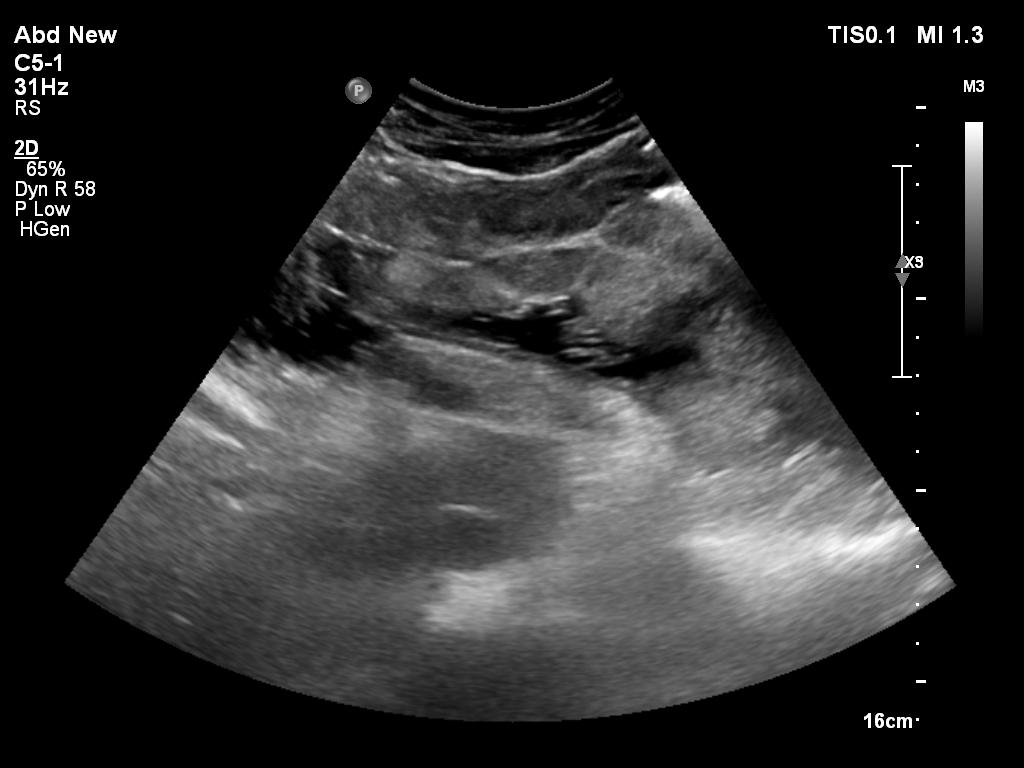 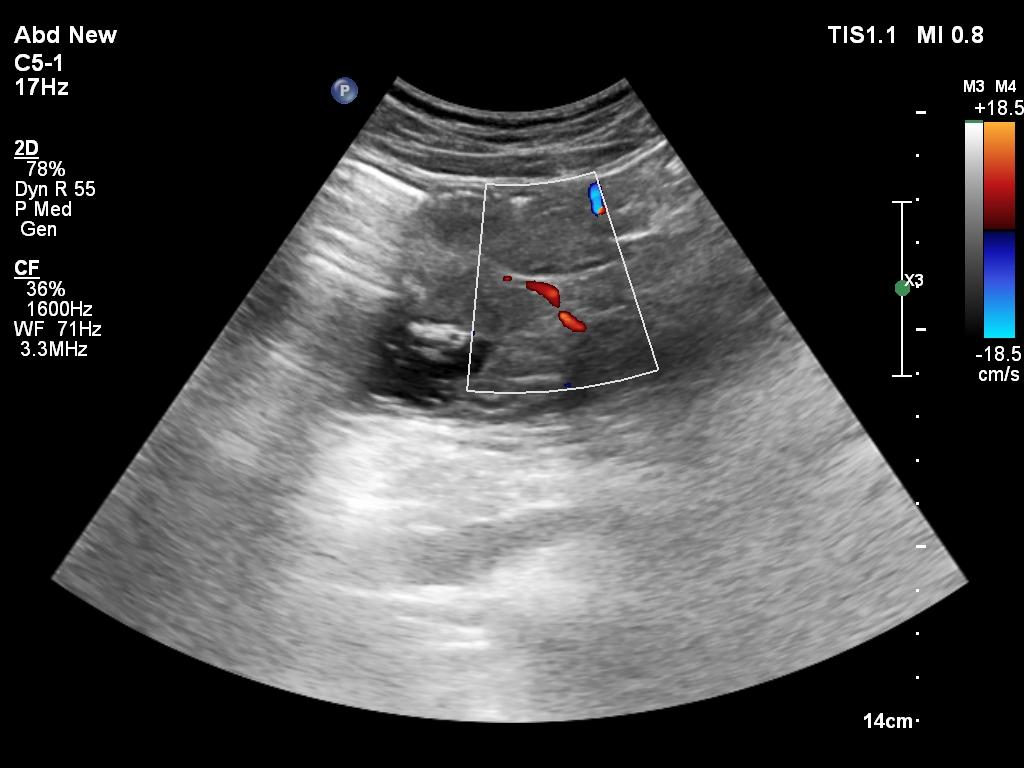 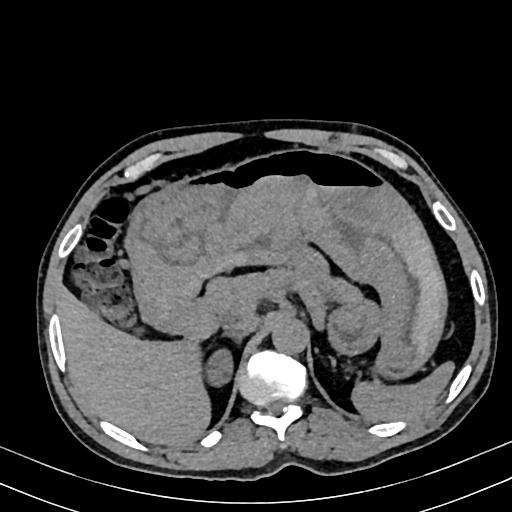 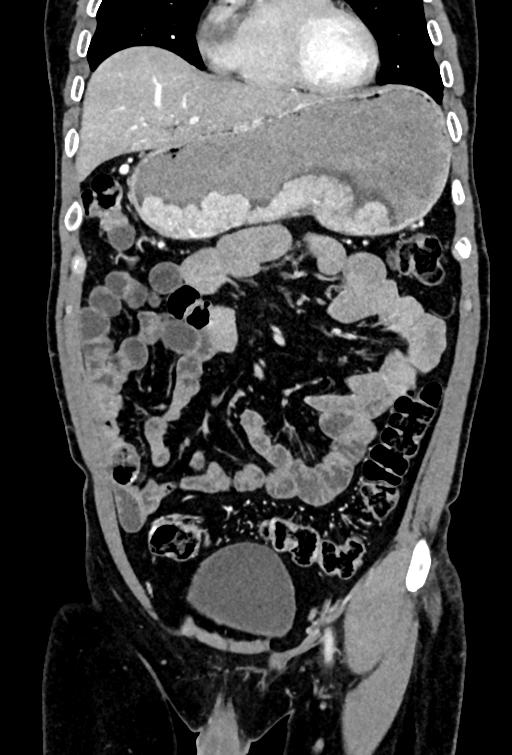 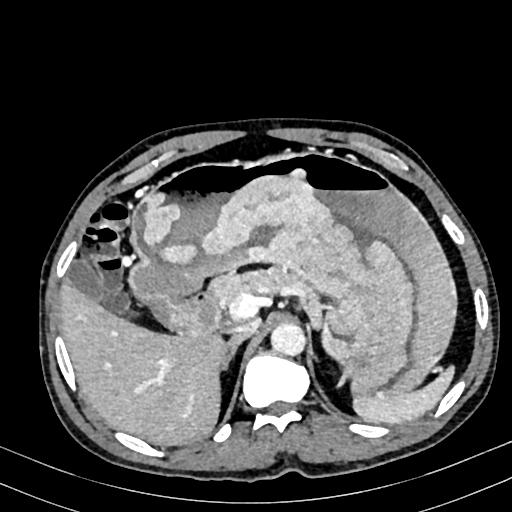 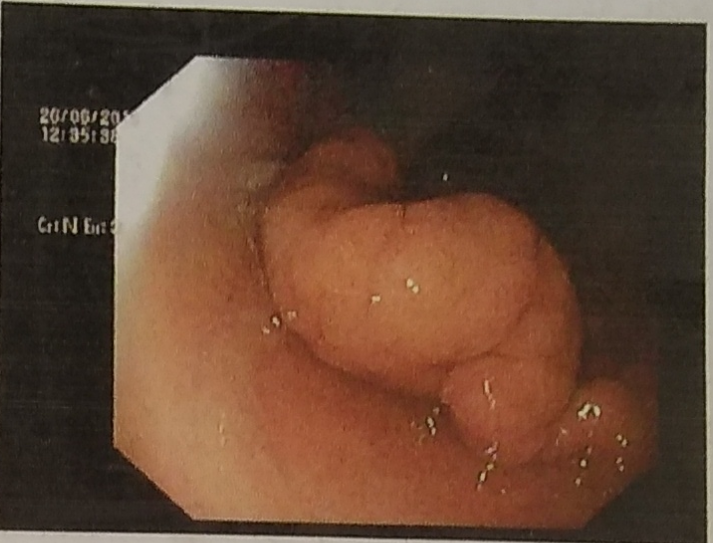 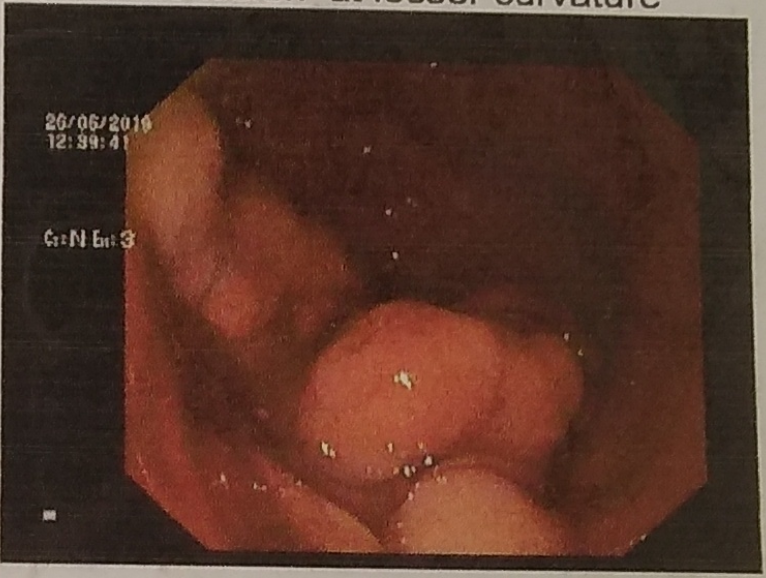