Lipoma of the right palatine tonsil

Contrast-enhanced CT was performed to confirm the findings. After Valsalva manoeuvre, CT depicted a 5 mm well-defined rounded-shaped polypoid lesion in the right oropharyngeal lumen (fig 1) with a thin pedicle connected with the right palatine tonsil (fig 2). Lesion displayed a homogeneous low attenuation (-70 Hounsfield Units) and lack of enhancement after contrast administration (fig 3). No mass effect or fat stranding on the right parapharyngeal space was observed. Nasopharynx, hypopharynx, laryngeal structures and cervical soft tissues were normal. MRI was not performed.

Lipomas are benign slow-growing neoplasms composed of an abnormal collection of mature adipose cells [1]. They usually occur in subcutaneous tissues and are rarely found in the aerodigestive tract, making up only 1-4% of all benign tumours of the oropharynx and oral cavity [2]. They may cause airway obstruction depending on size and location.

Most tonsillar lipomas grow insidiously and cause few problems other than those of a localized mass. They are asymptomatic or they manifest with soreness, cough or foreign body sensation [2]. Airway obstruction may be present when they grow significantly in size.

Tonsillar lipomas have typical characteristics on CT. They appear as well-defined rounded-shaped non-enhancing low attenuation homogeneous lesions, with lack of enhancement after IVC administration [3]. They may show a thin pedicle with the palatine tonsil. In MRI, they display hyperintensity in T1WI and T2WI sequences, with signal loss in FAT-SAT or STIR sequences and lack of enhancement after IVC administration.

Endoscopic resection seems to be the adequate management for pedunculated tonsillar lipoma [1]. Recurrence is unusual though it has been described. Prognosis is excellent.

Lipomas are benign neoplasms composed of mature adipose cells. They are rarely found in aerodigestive tract. They show homogeneous low attenuation on CT with lack of enhancement after contrast administration. Endoscopic resection is adequate treatment. Recurrence is unusual. Prognosis is excellent. 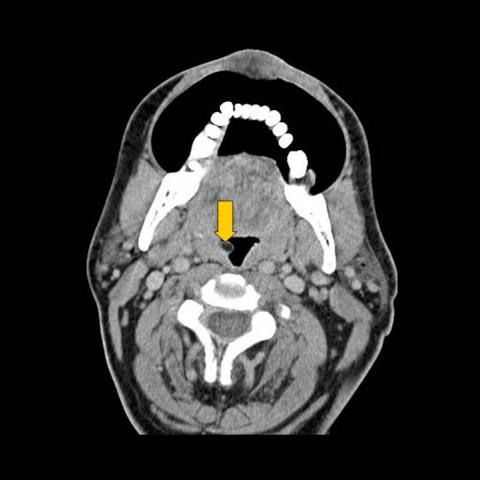 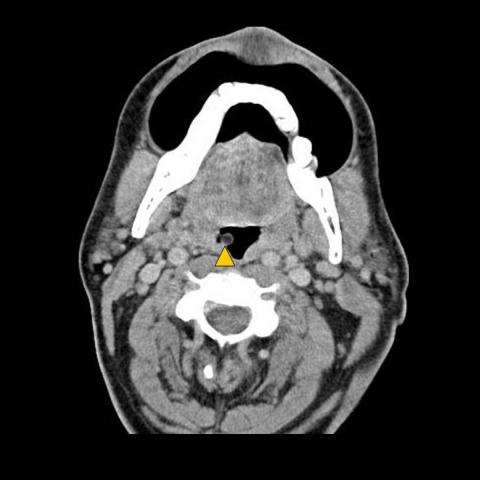 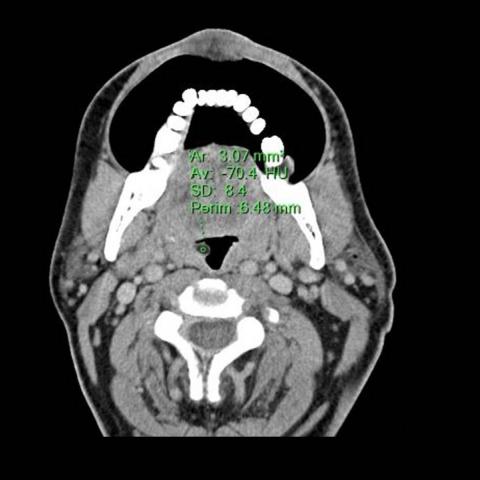 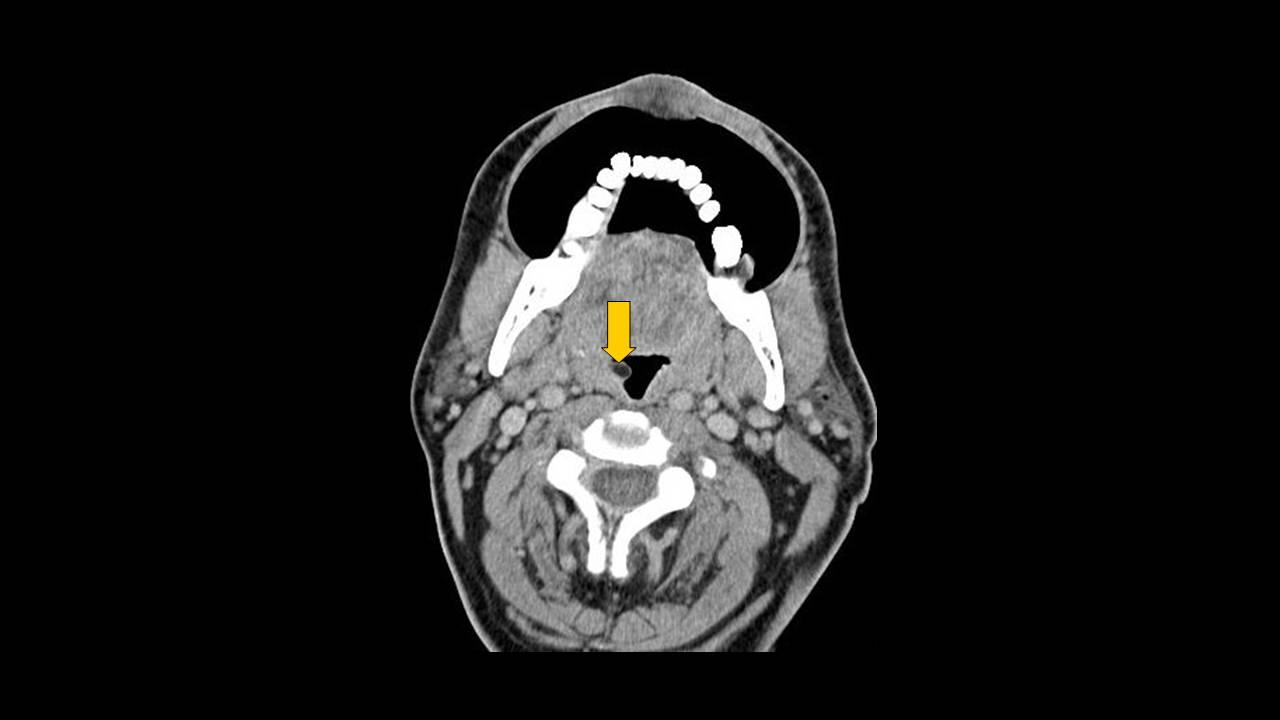 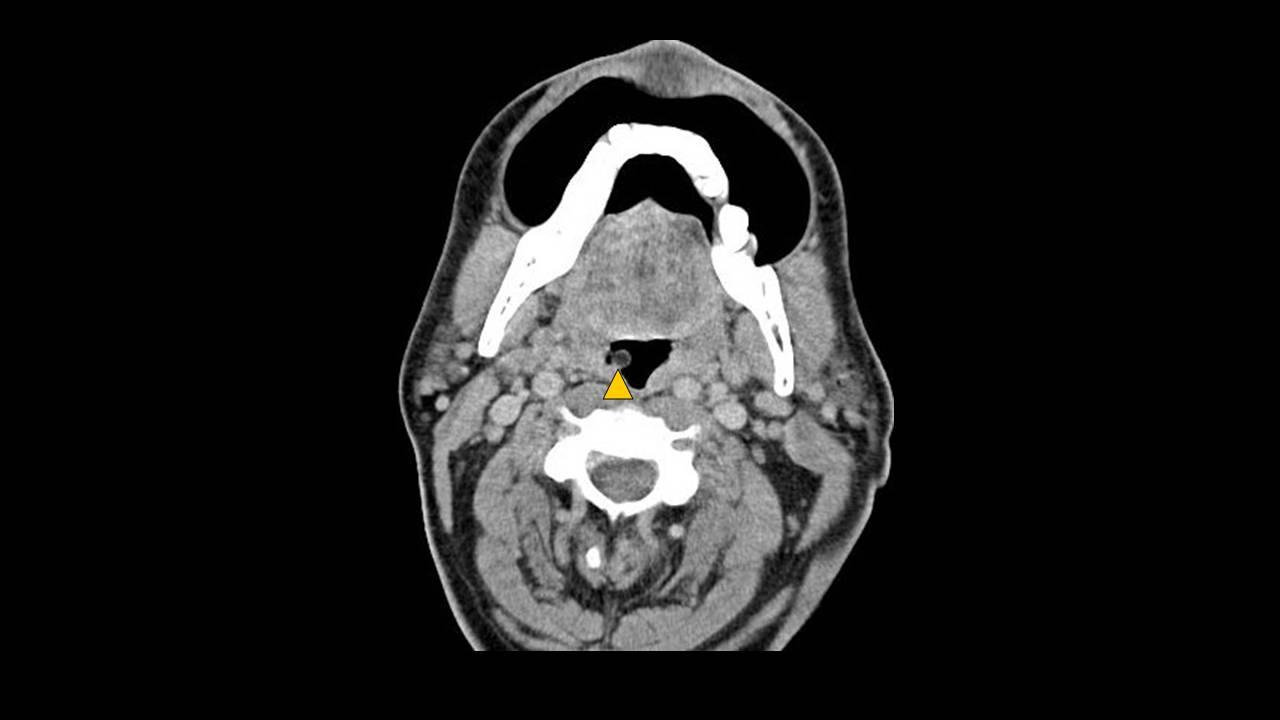 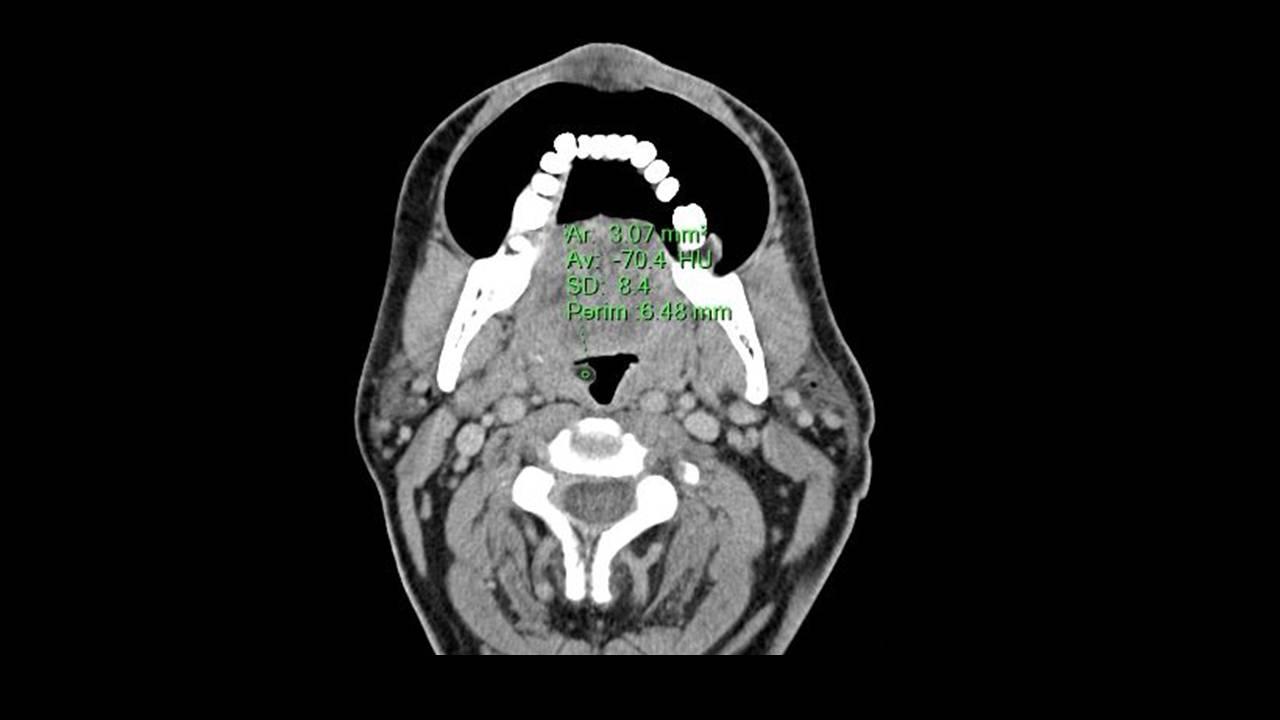