A 40-year-old male patient presented with a history of fever, dry cough, and breathlessness for 5 days. He tested positive for RT-PCR COVID-19 and showed bilateral predominantly basal air space opacities on his chest x-ray (Fig 1) - consistent with COVID pneumonitis.

With the Novel Coronavirus disease still evolving, we are learning its implications and complications with time. Although the diagnosis of the disease is suspected from flu-like symptoms, and the confirmed diagnosis is made by RT-PCR. The radiological findings aid in understanding the extent of the disease, various complications associated with it, and also in the follow-up.

Typical CT findings of the disease include bilateral, multiple areas of GGOwith subpleural and basal predominance [1].

Pneumomediastinum and Pneumorrhachis are unusual findings and their possible explanation can be given through "The Macklin effect", which describes that the air in the mediastinum in such cases comes after breaking in from the alveoli, into the interstitium, and then by travelling along the pulmonary vascular sheaths, towards the hilum. [2] It appears on thoracic computed tomography (CT) as linear collections of air adjacent to the broncho-vascular sheaths [3] (Fig 4a-c)

This air on reaching the mediastinum can now travel along the fascial planes to reach the subcutaneous tissues of the neck, can rupture the mediastinal pleura leading to pneumothorax[4] and can rarely also enter the spinal canal (known as Pneumorrhachis) via the neural foramina. Pneumorrhachis in itself is a rare finding. And it's occurrence in a COVID-19 patient is by far atypical. And this is the first case that we have encountered.

Pneumorrhachis usually present asymptomatically but can also be symptomatic. It can produce neurological symptoms, in the form of motor and sensory deficits.

The patient was put on Non-Invasive Ventilation (NIV) due to worsening dyspnoea and the pressure was adjusted to values, associated uncommonly with any barotrauma. But despite the permissible pressure values used, there was a development of the above discussed complications, likely due to extensive lung parenchymal involvement (>75%), which increases the alveolar susceptibility to injury.

Above explanation indicates a possible relationship between the percentage of lung involved and the propensity to develop barotrauma despite the use of permissible ventilator pressures. This information can aid the physicians in planning their treatment accordingly for patients of ‘COVID pneumonia with extensive lung involvement’ and in preventing any future complications by choosing the type of ventilation and their pressures judiciously. 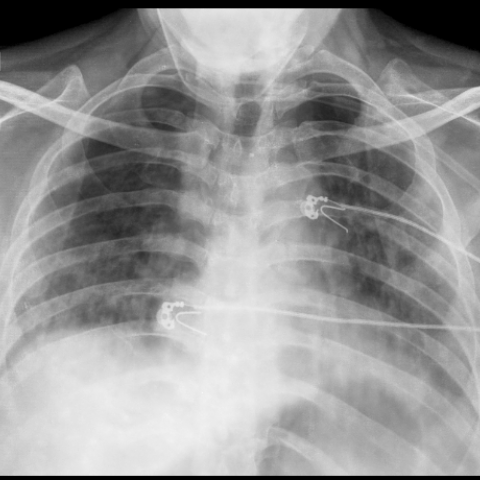 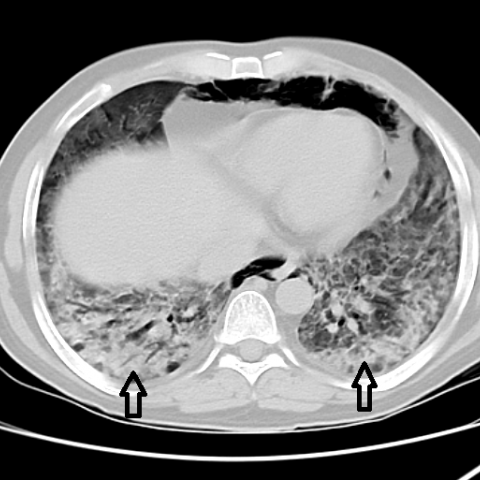 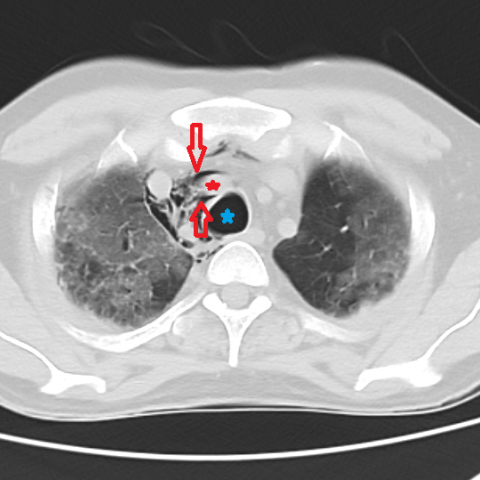 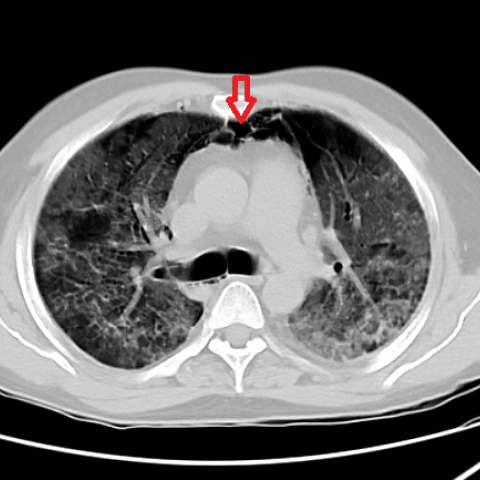 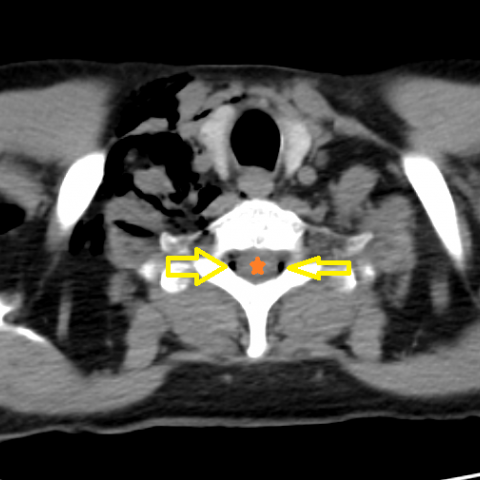 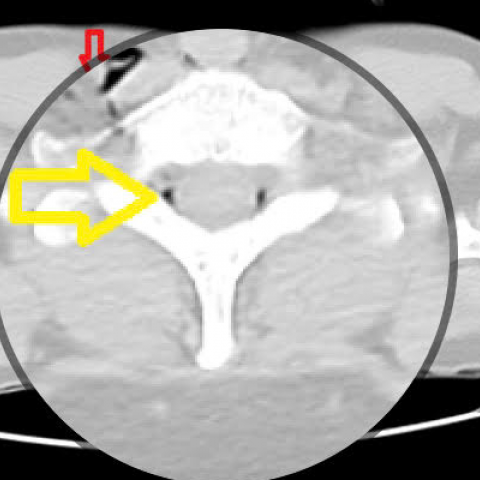 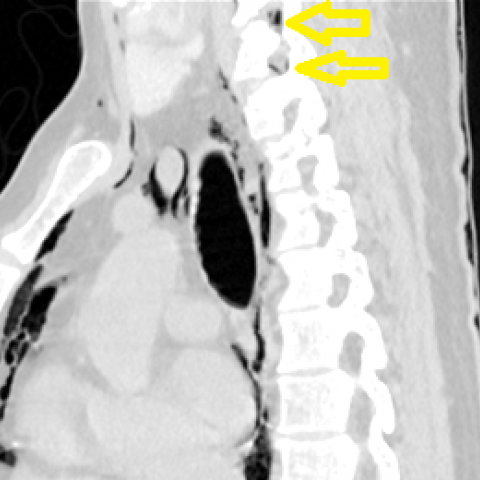 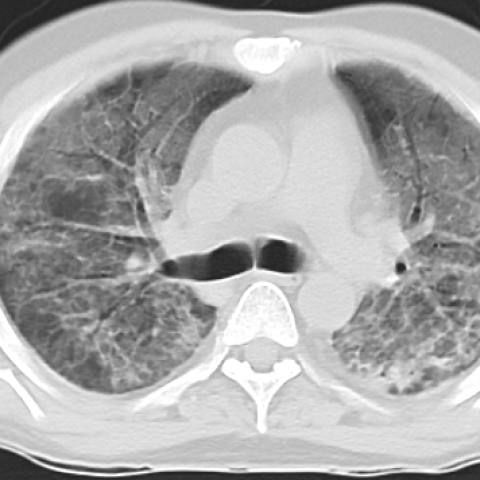 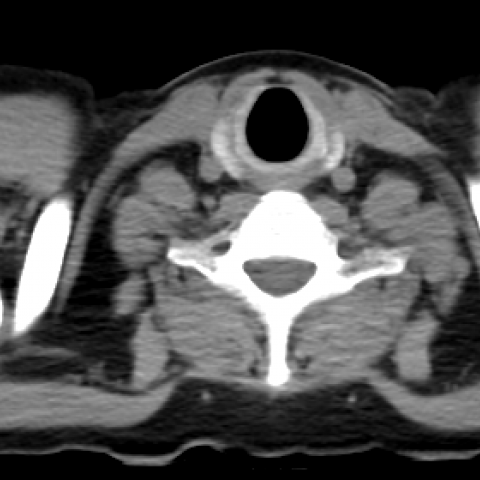 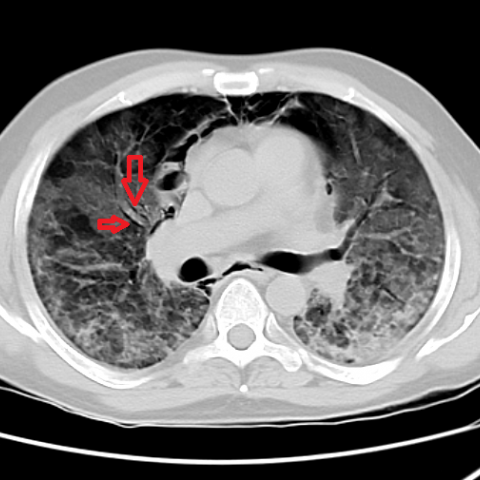 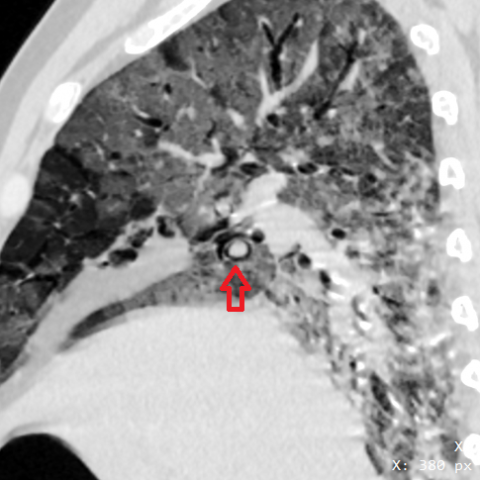 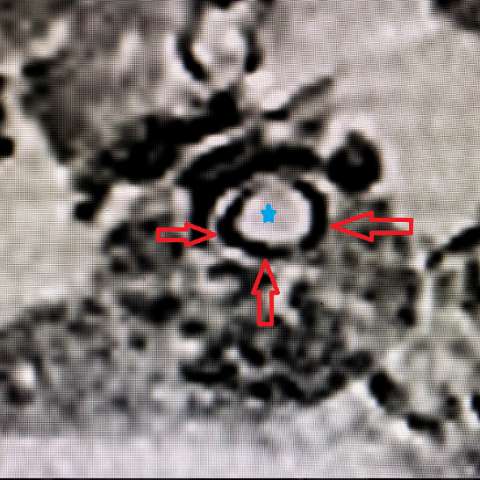 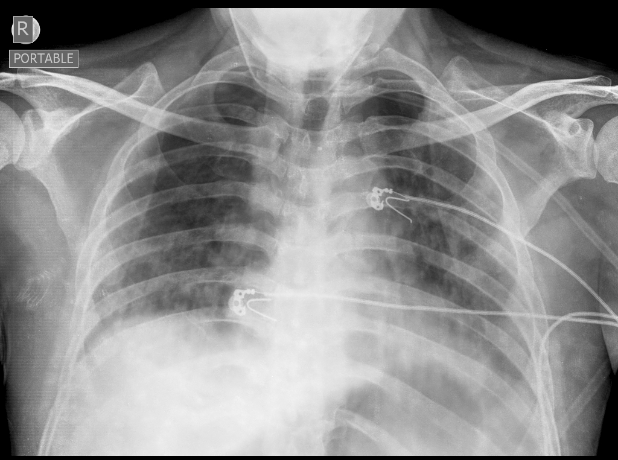 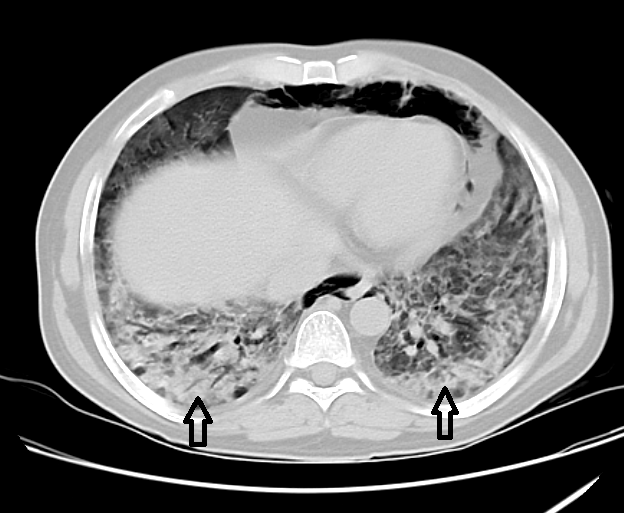 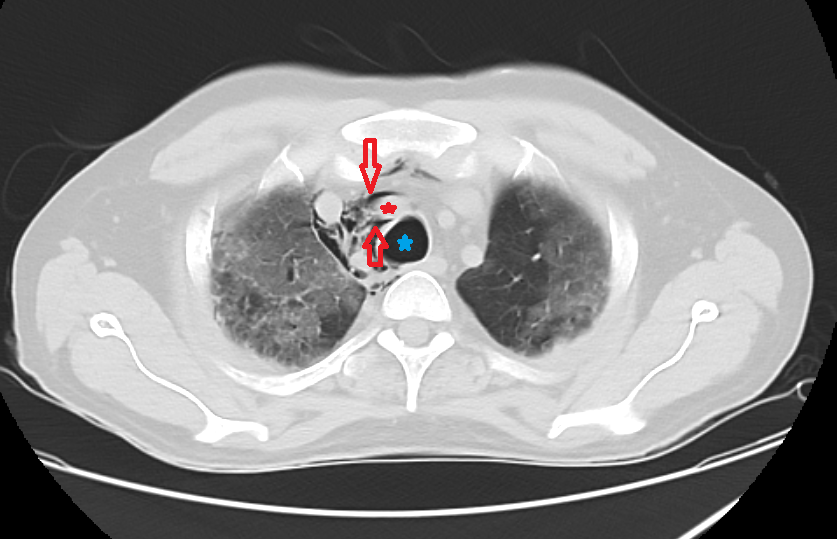 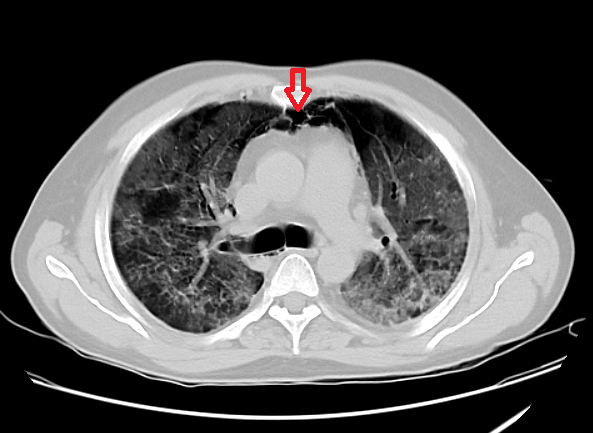 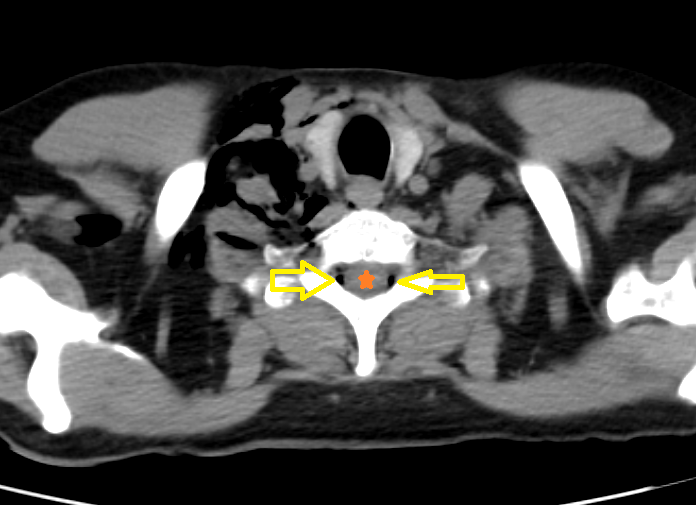 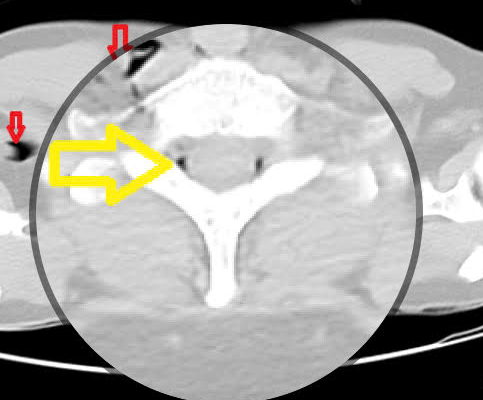 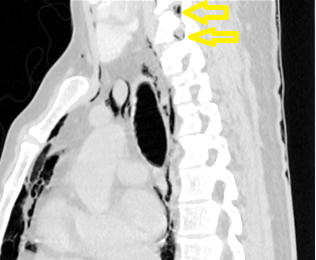 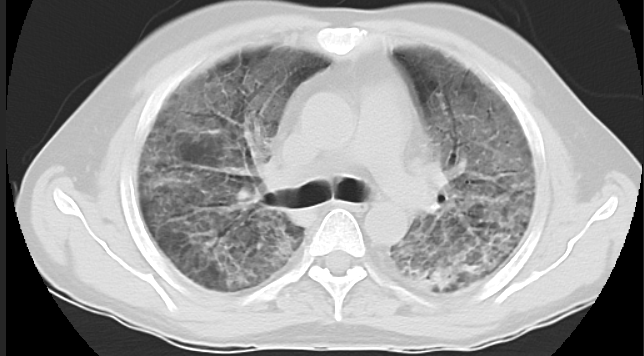 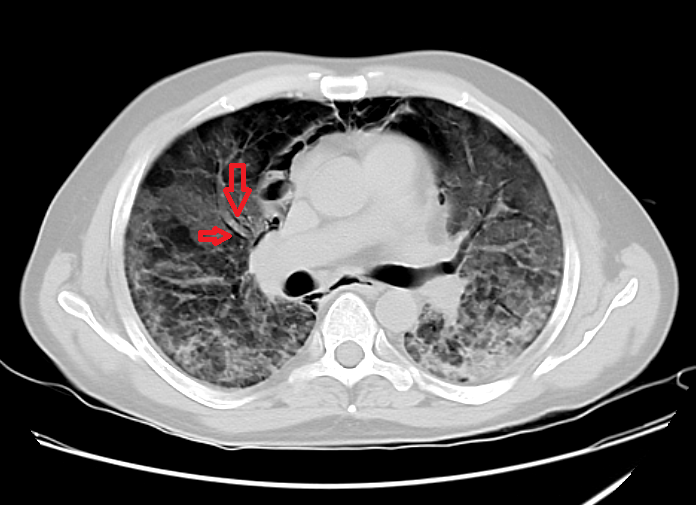 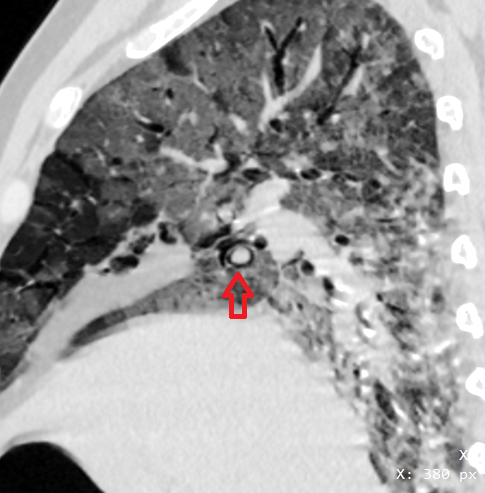 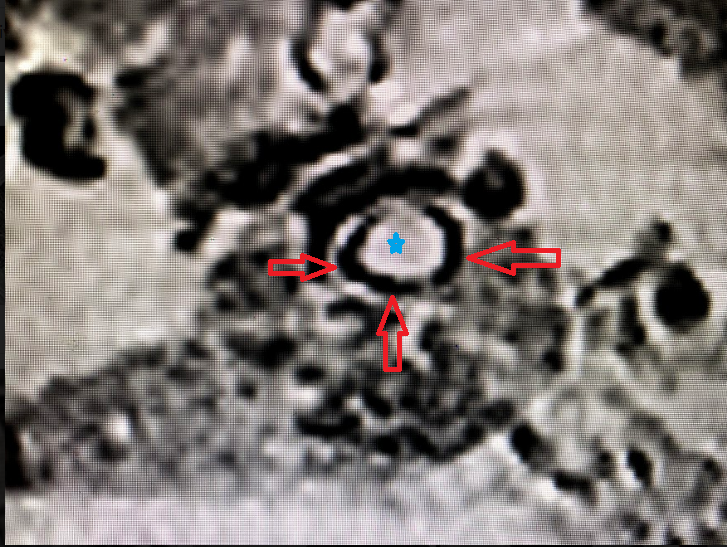