A 14-year-old girl with no significant past medical history, referred to the pediatric surgical department with rapidly progressive epigastric pain. On clinical examination, an abdominal guarding was found, and the rectal temperature was measured at 39 ° C.

A plain abdominal radiography was initially realized. It showed a pneumoperitoneum which was in favor of a perforation peritonitis (Fig. 1).

A contrast computed tomography (CT) was then performed. It showed the existence of gas and fluid effusion in the peritoneal cavity corroborating the results seen in the plain abdominal radiography (star) as well as the presence of an intragastric mass of heterogeneous density, containing gas bubbles, that takes the shape of the stomach (Arrowheads). Finally, a defect in the gastric wall was found (arrows) (Fig. 2 – 3 and 4).

The diagnosis of a peritonitis by gastric perforation, secondary to a trichobezoar was retained and confirmed by the surgeon (Fig. 5).

Trichobezoar is a rare entity, typically seen in patients suffering from trichophagia. It affects 1% of the general population (mostly females). It is a concretion of undigested hair and / or fibers and represents the second most common type of bezoar after phytobezoar.

Conventionally, the confirmation of the diagnosis is made by endoscopy or by computed tomography. Contrast CT shows a heterogeneous, mobile, intraluminal mass, that takes the shape of the stomac, well limited, composed of mixed density with sometimes an appearance of a mass formed by concentric rings. Ionide-based contrast materiel injection allows the visualization of submucosal edema and / or parietal thickening with contrast enhancement [3].

Other imaging modalities may allow the diagnosis; ultrasound can usually find an hyperechoic intragastric mass with acoustic shadowing, while an upper GI study may show a mobile inhomogeneous filling defect of the stomach. However, these techniques are not typically carried out in first intention.

The trichobezoar can sometimes be revealed by a complication such as gastric ulceration, perforation, occlusion, cholestasis or even pancreatitis in the forms of trichobezoar with a tail extending in the duodenum (Rapunzel syndrome).

Gastric perforation is one of the most common complications of trichobezoar, it should be suspected in patients with signs suggestiveof a bezoar, who are brought to the emergency room with clinical findings of peritonitis. AXR can be performed to confirm intestinal perforation, and contrast abdominal CT allows confirmation of the final diagnosis [4] 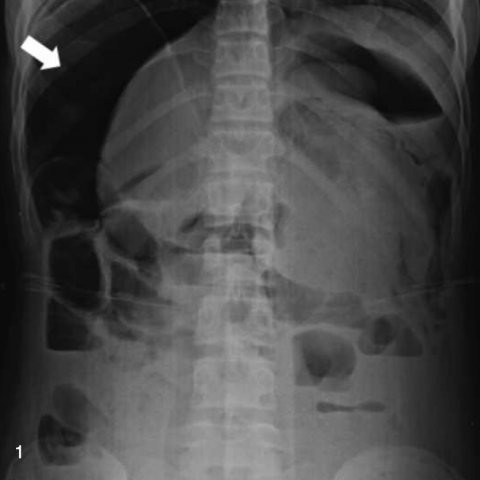 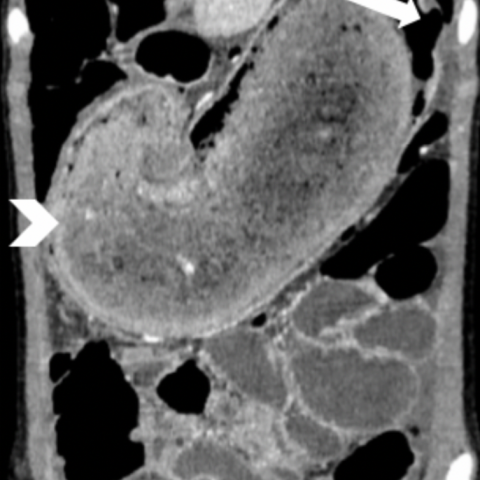 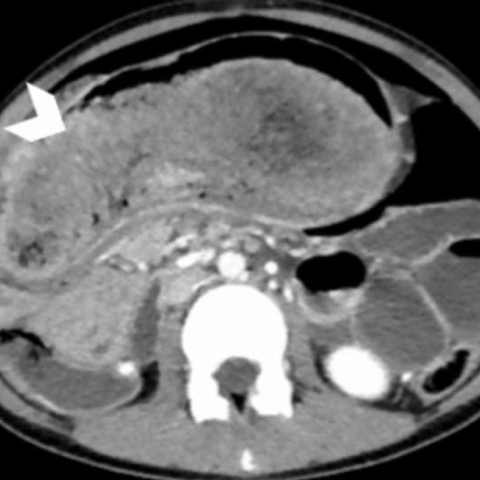 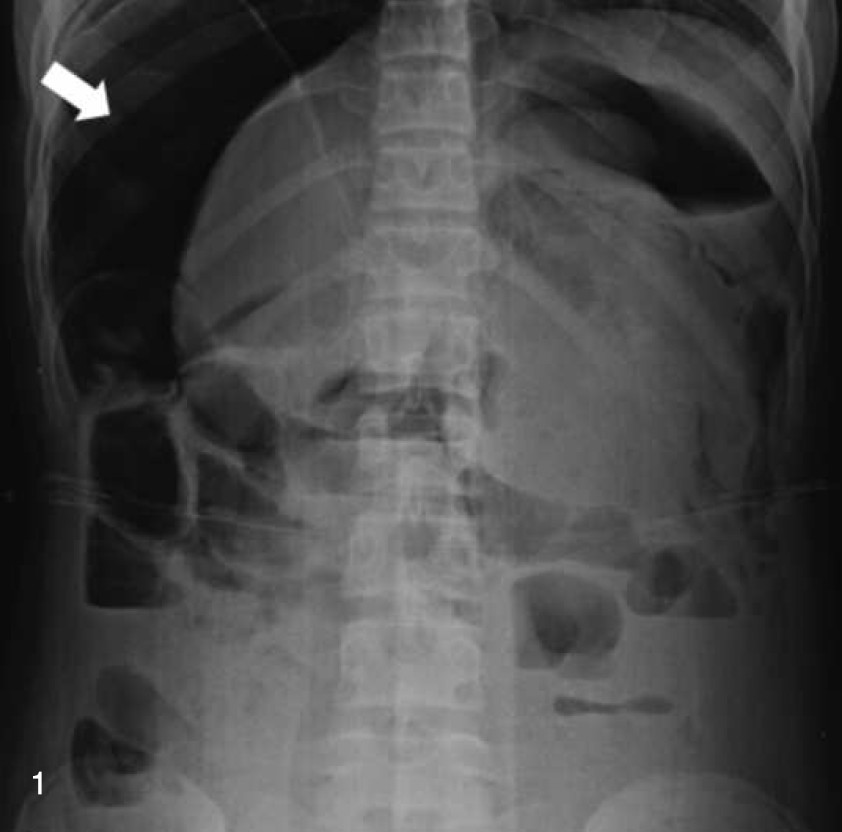 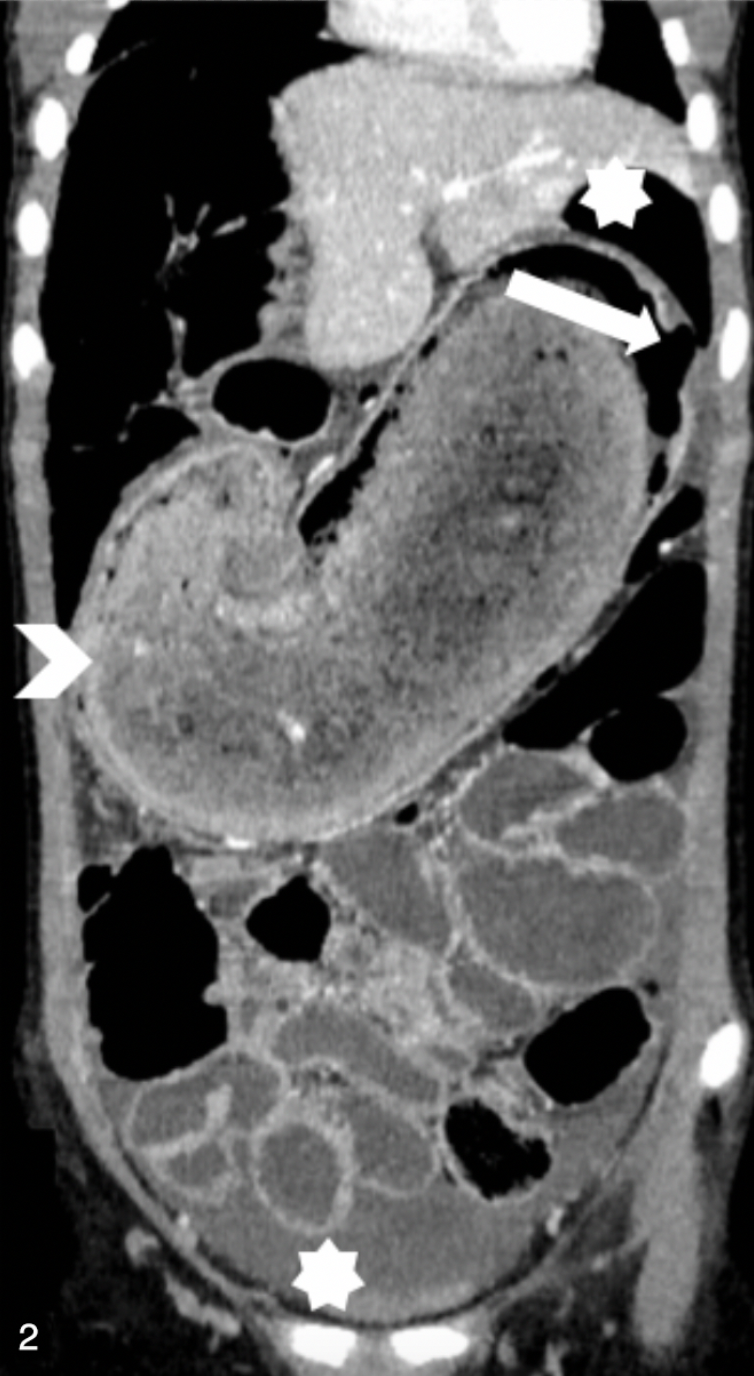 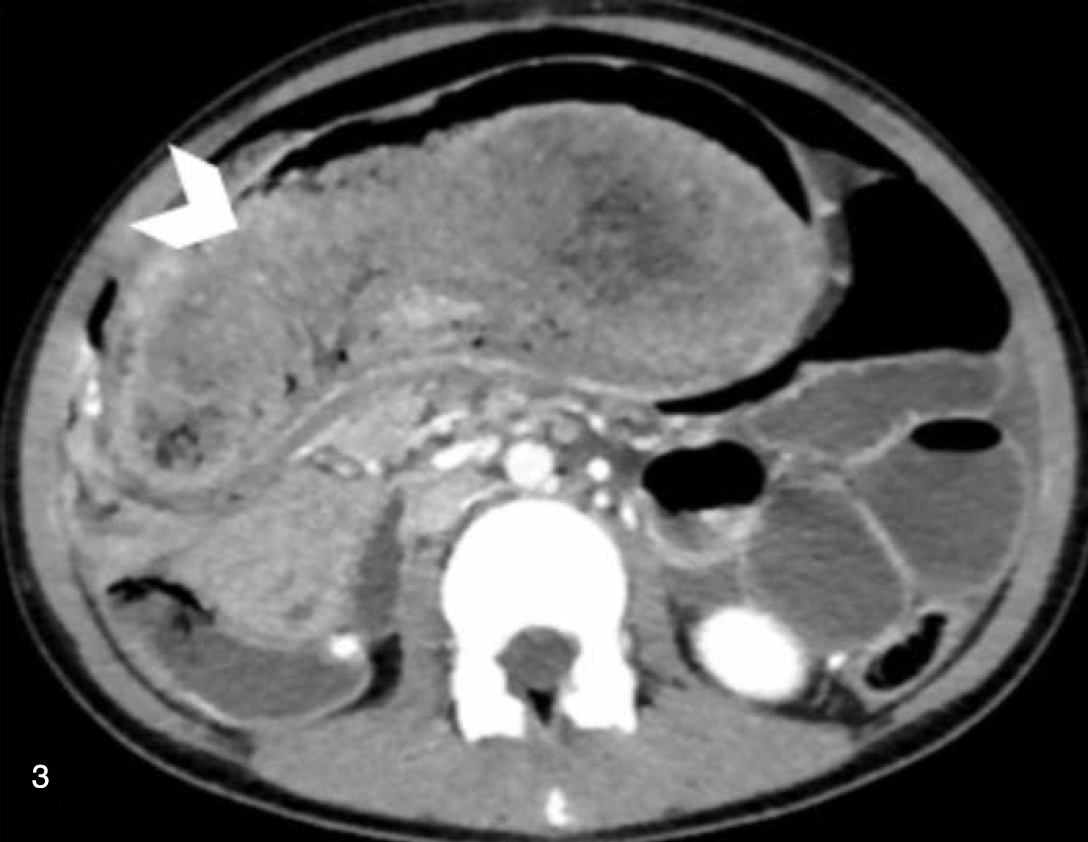