A one-year-old female presented with rotatory nystagmus, generalised hypotonia, and developmental delay. Ophthalmologic examination revealed bilaterally small optic discs, while physical examination showed hyperreflexia in the right lower extremity. A past history of febrile seizure was elicited. Her mother reported of alcohol intake during the first month of pregnancy.

A CSF-filled cleft lined by gray matter was seen involving the parasagittal region of the left frontal lobe and body of the corpus callosum and communicating with the body of the left lateral ventricle. This is compatible with an open-lip schizencephaly. (Figure 4)

An arachnoid cyst was visualized in the anterior aspect of the left middle cranial fossa, causing mild compression of the adjacent left temporal lobe (Figure 6).

Septo-optic dysplasia (SOD), also called de Morsier syndrome, is a rare, clinically heterogeneous condition that consists of the triad of optic nerve hypoplasia, pituitary hypoplasia, and midline brain abnormalities. When concomitant cortical dysplasias are present, the term “septo-optic dysplasia plus syndrome” is used. The most common cortical malformation associated with SOD is schizencephaly [1,2].

SOD has an incidence of 1 in 10,000 births and affects males and females equally [3]. Although the exact cause of septo-optic dysplasia is unknown, frequently cited predisposing factors include embryonic vascular insult, bleeding during the first trimester of pregnancy, primiparity, young maternal age, maternal alcoholism, and drug abuse during pregnancy [1]. Most cases are sporadic, but familial cases have been reported and linked to mutations in developmental genes [1,4].

MRI is considered the imaging modality of choice for diagnosing SOD and SOD plus syndrome. It has been reported to identify optic nerve and optic chiasm hypoplasia with near 100% sensitivity [4]. It is also capable of demonstrating other relevant brain abnormalities, including the absence of septum pellucidum, pituitary hypoplasia, corpus callosum agenesis, schizencephaly, and abnormal grey matter development, as well as possible alternative diagnoses.

In this case, we report a patient with the complete triad of SOD findings on MRI examination. Cortical malformations, particularly schizencephaly and grey matter heterotopia, were also identified. Ocular dysfunction (eg. nystagmus and inability to fixate), developmental delay (eg. delayed motor milestones), and endocrine abnormalities (eg. overweight) were noted on clinical examination. This constellation of findings is compatible with a diagnosis of SOD plus syndrome.

In addition to the classic findings of SOD plus syndrome, an arachnoid cyst was discovered on MRI of our patient. An association with large arachnoid cysts has been reported in up to 12.5% of cases of optic nerve hypoplasia [5], but arachnoid cysts in conjunction with SOD are limited to a few case reports [6,7], even though they are a common associated finding in a variety of other brain malformations.

Managing cases of SOD and SOD plus requires a multidisciplinary team. The radiologist plays a key role in their diagnosis and prognostication by identifying specific abnormalities and their extent on imaging studies. Although there is no cure for the disorder, early diagnosis allows clinicians to promptly address medical issues on development, vision, and endocrine function.

Written informed consent for publication was obtained from the patient’s parent. 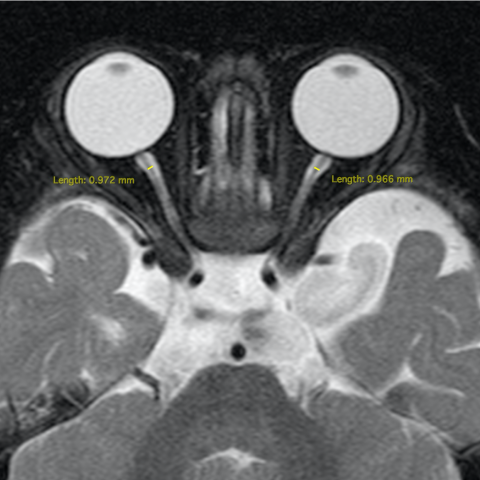 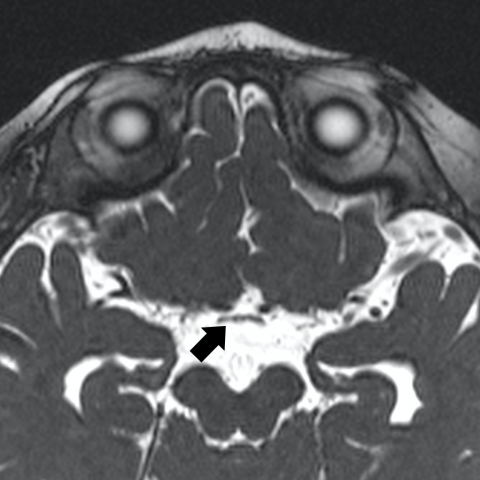 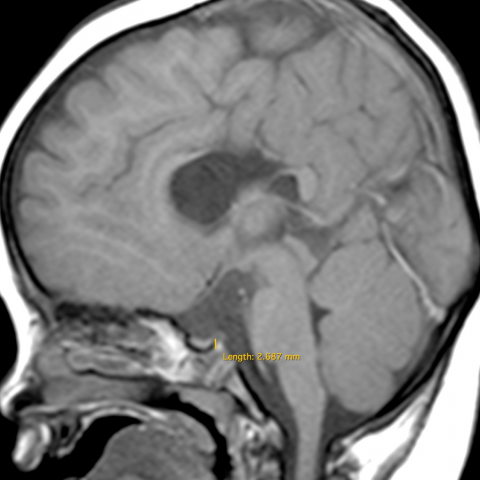 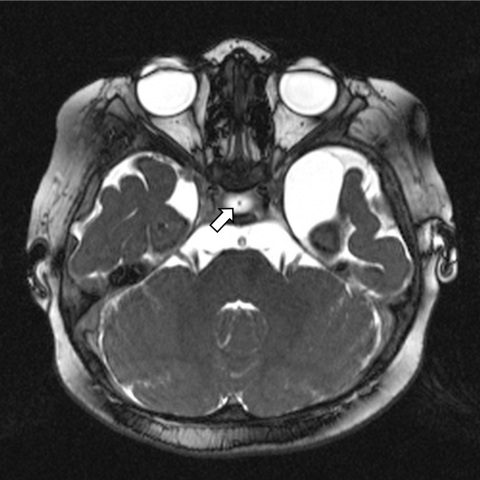 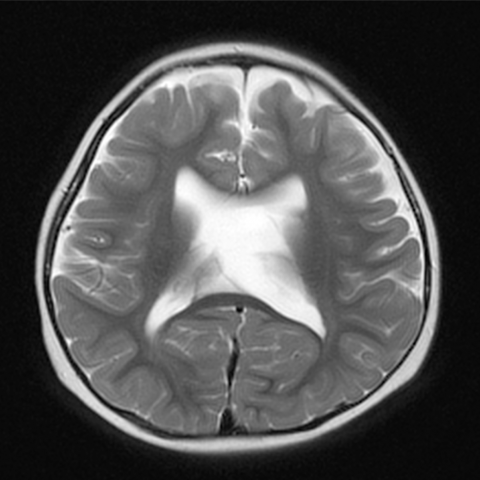 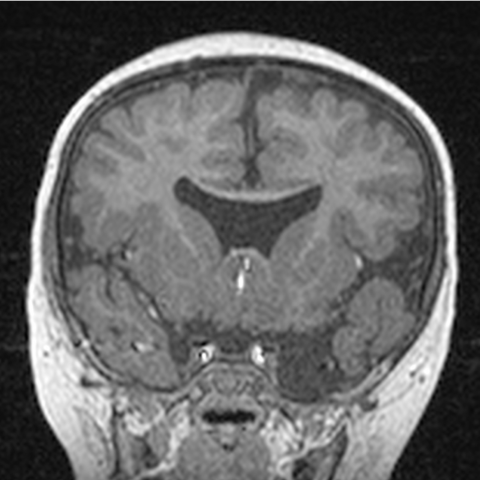 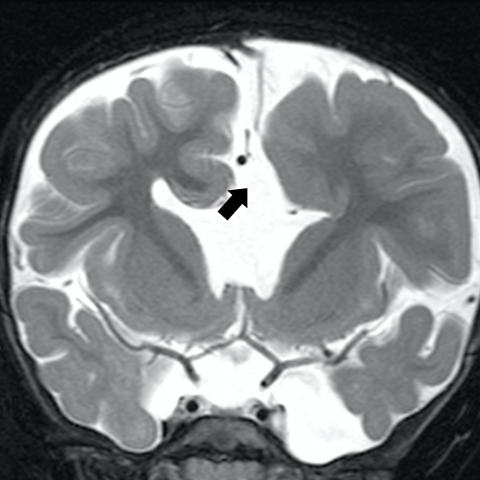 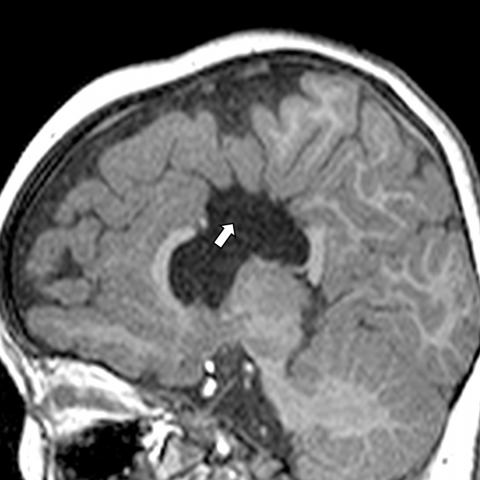 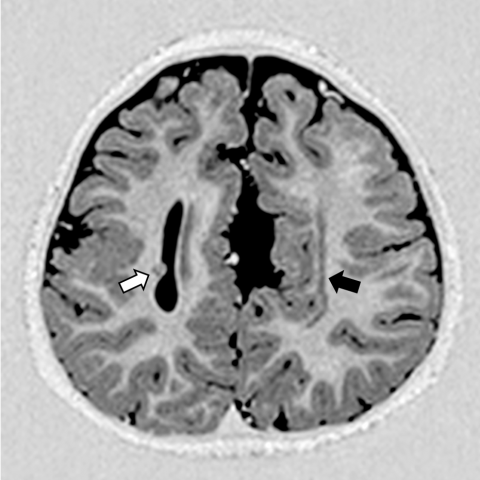 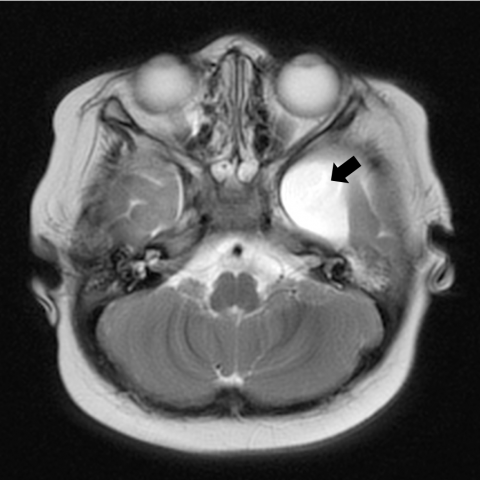 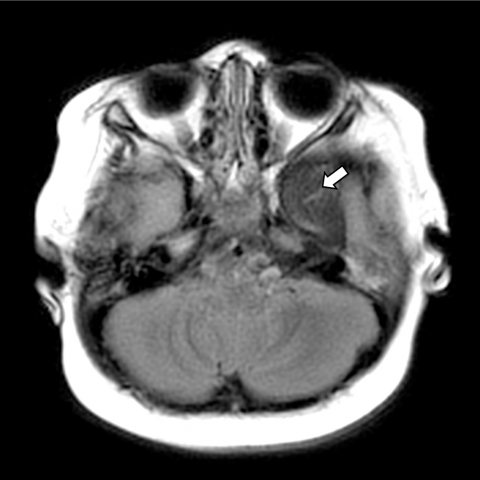 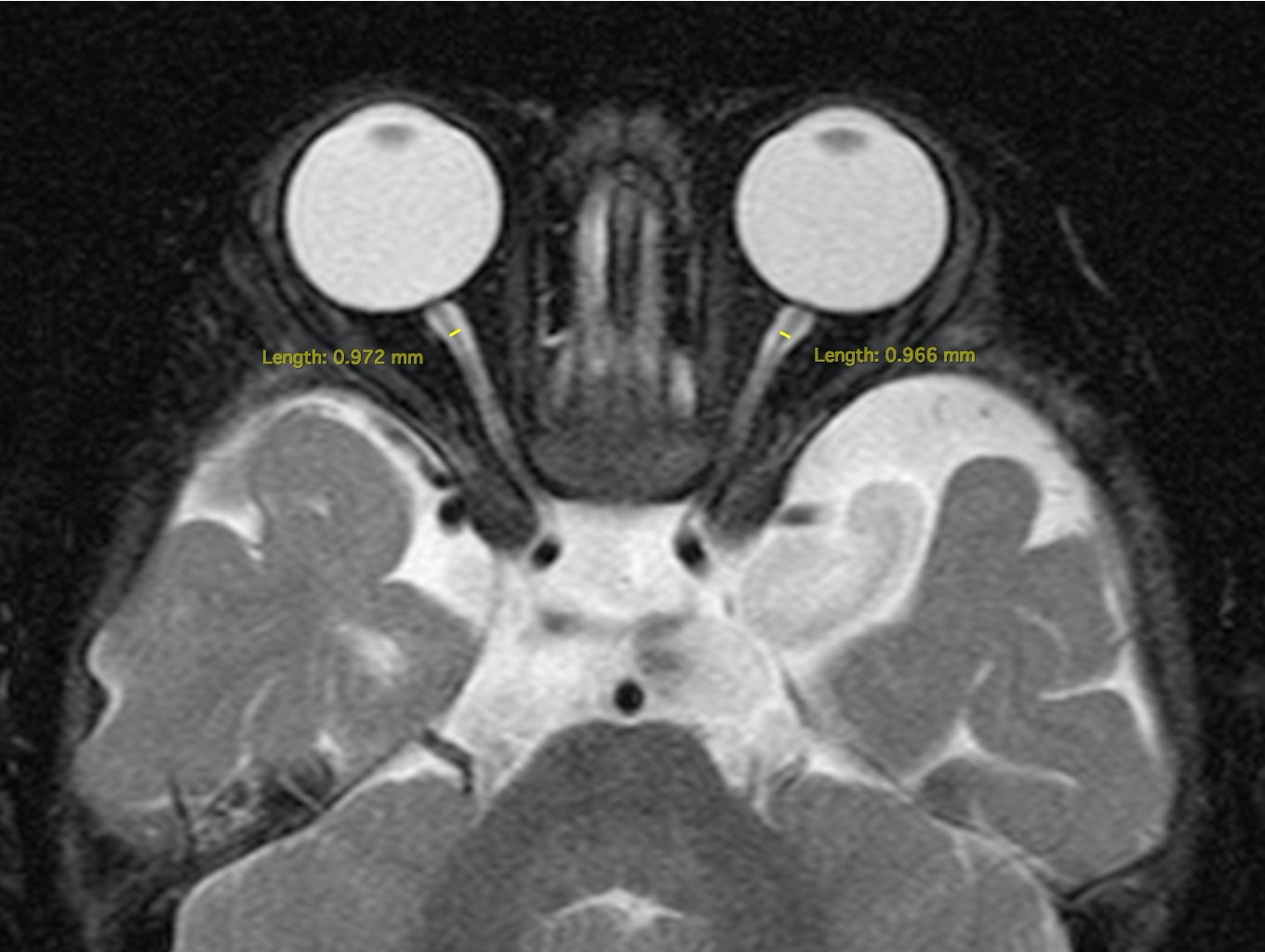 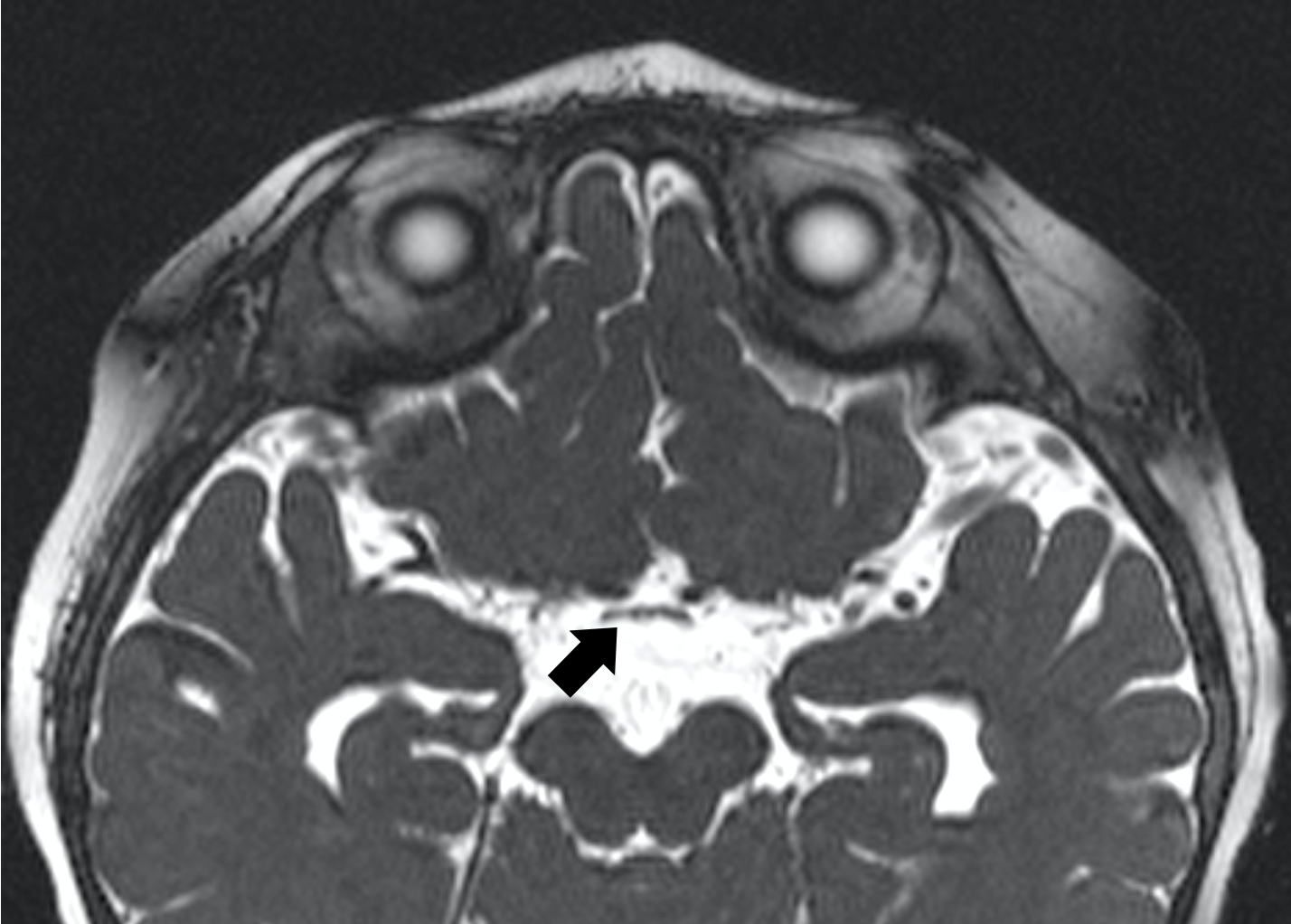 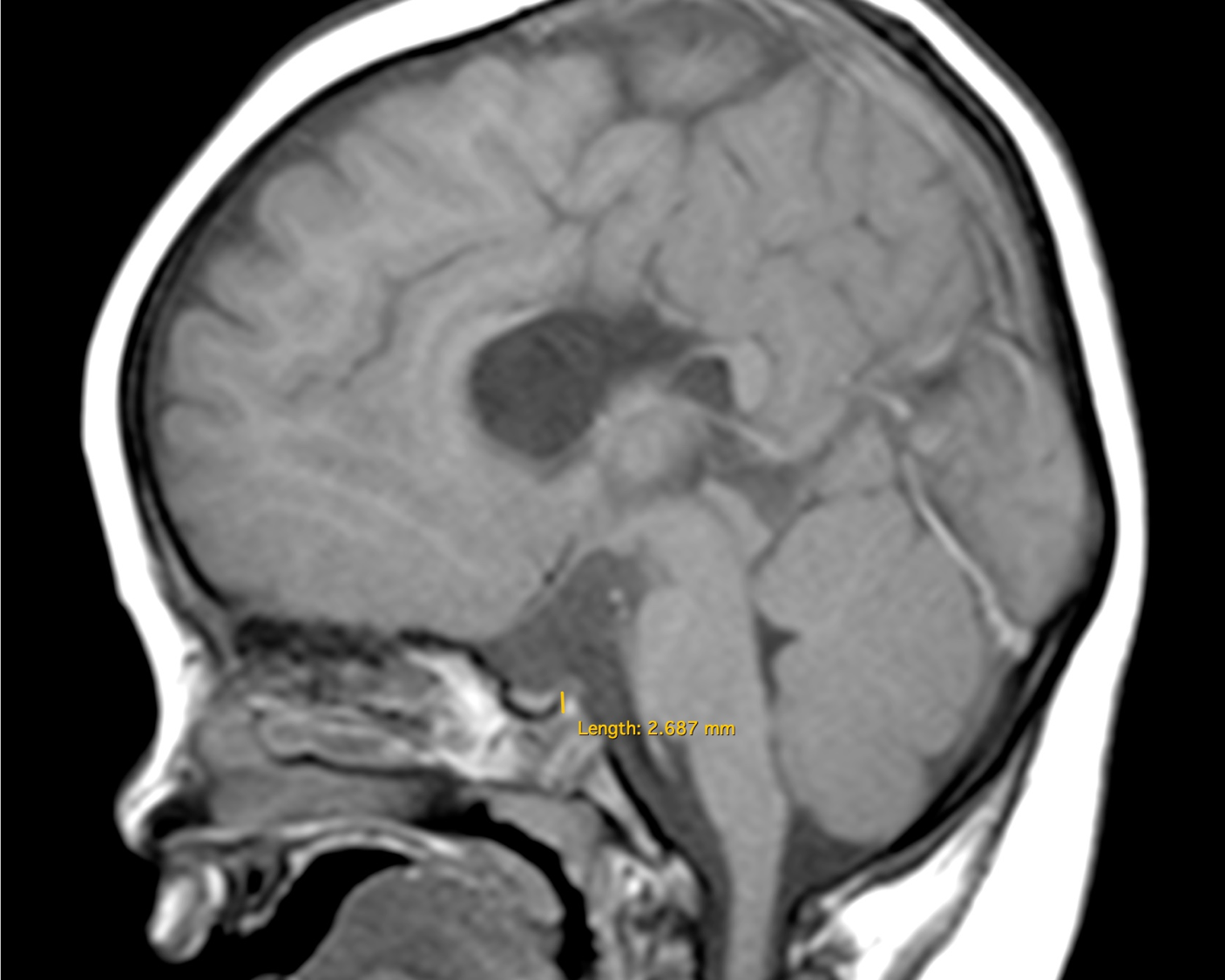 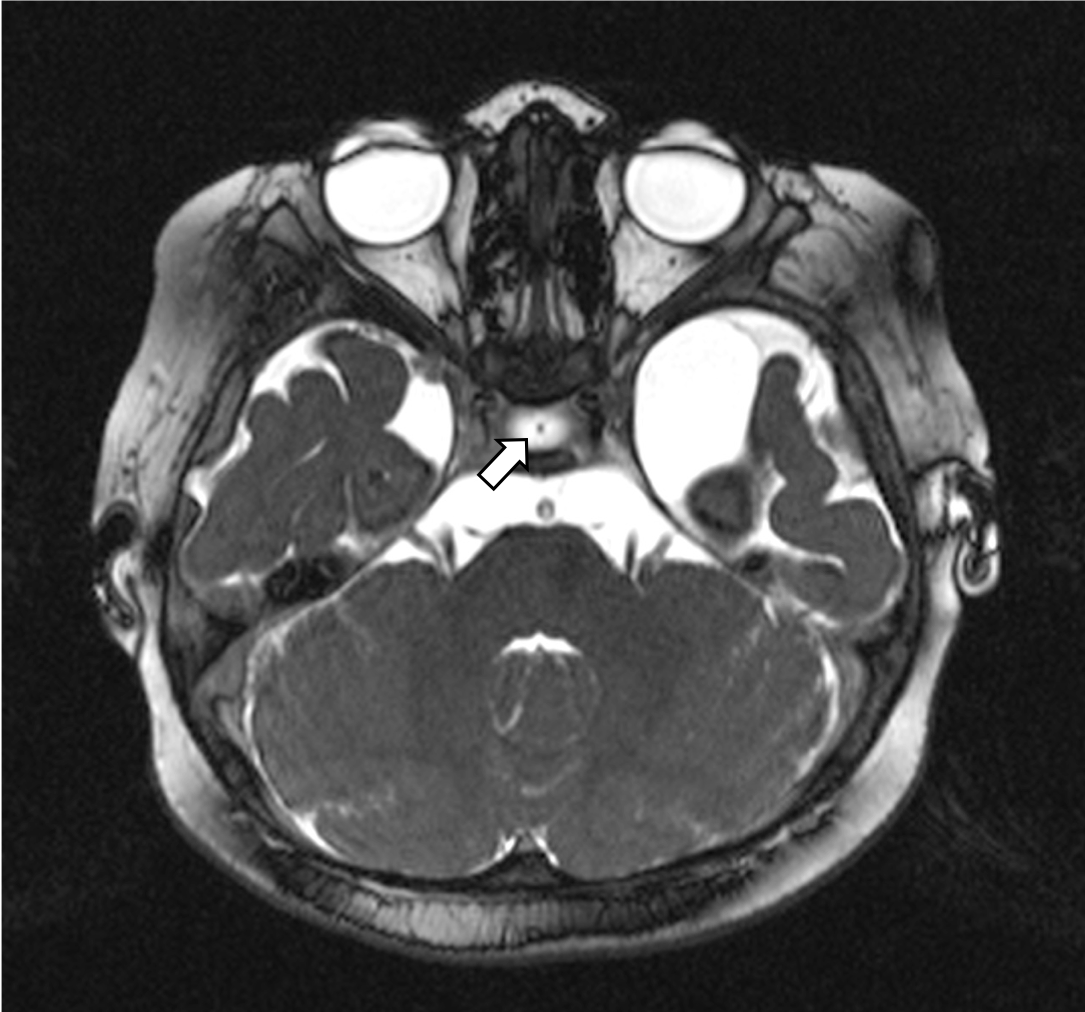 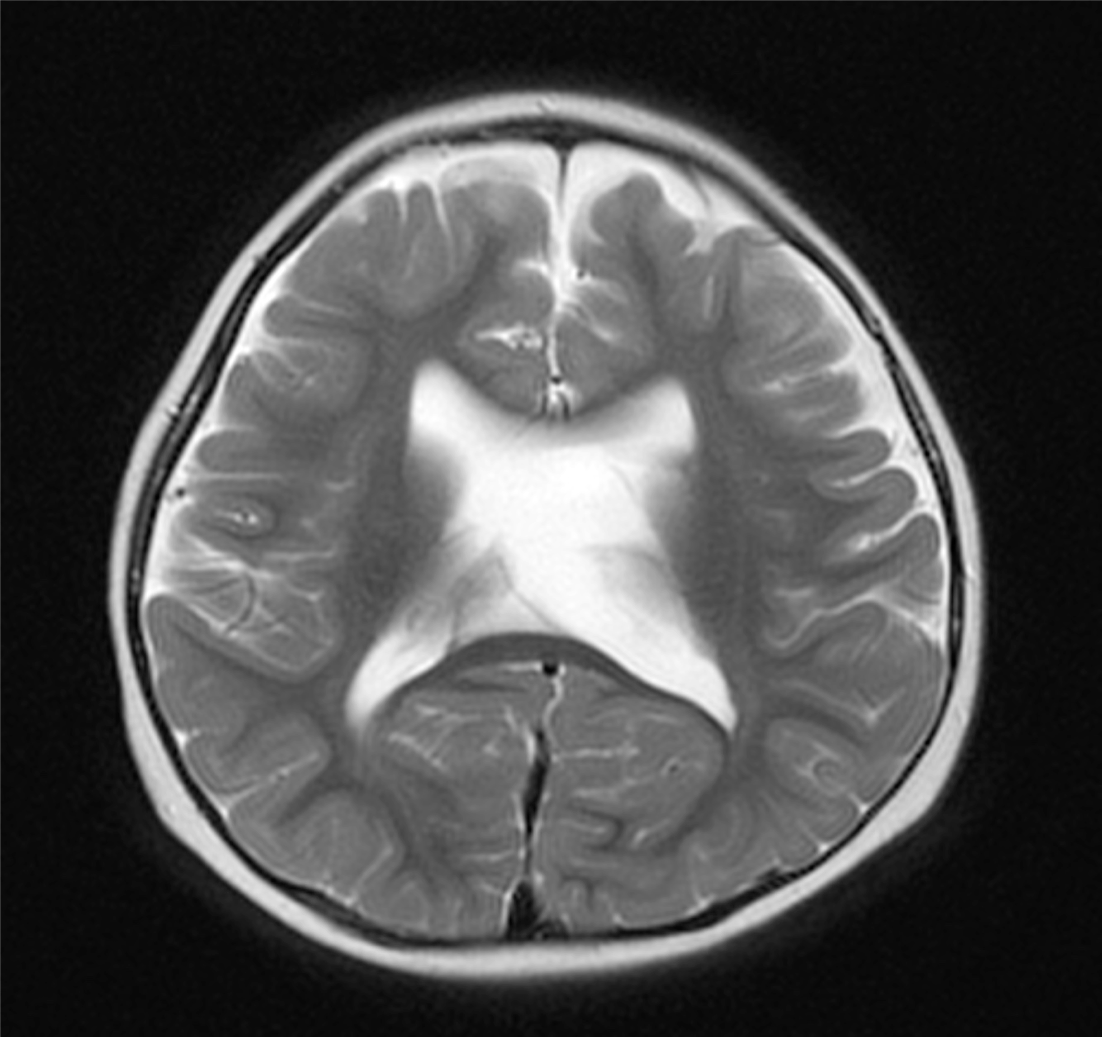 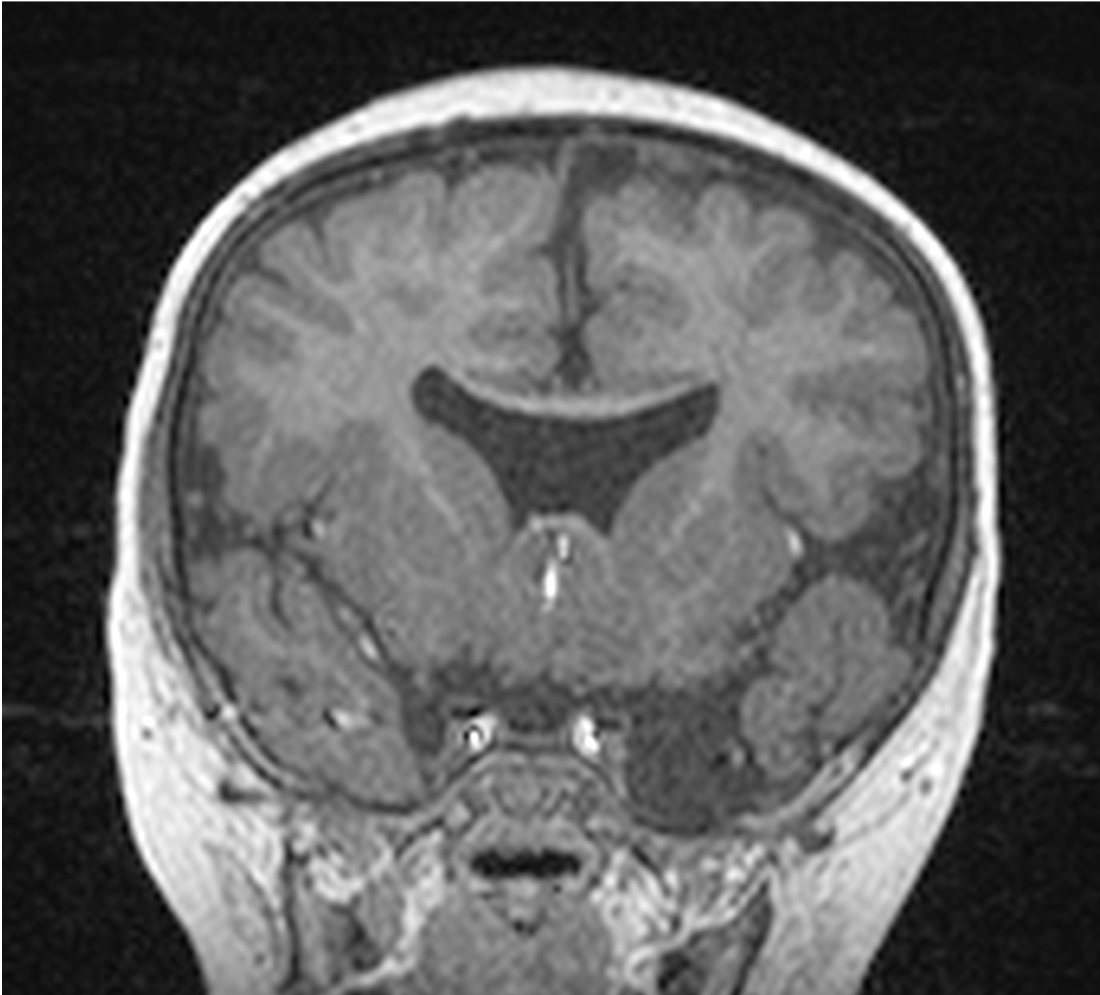 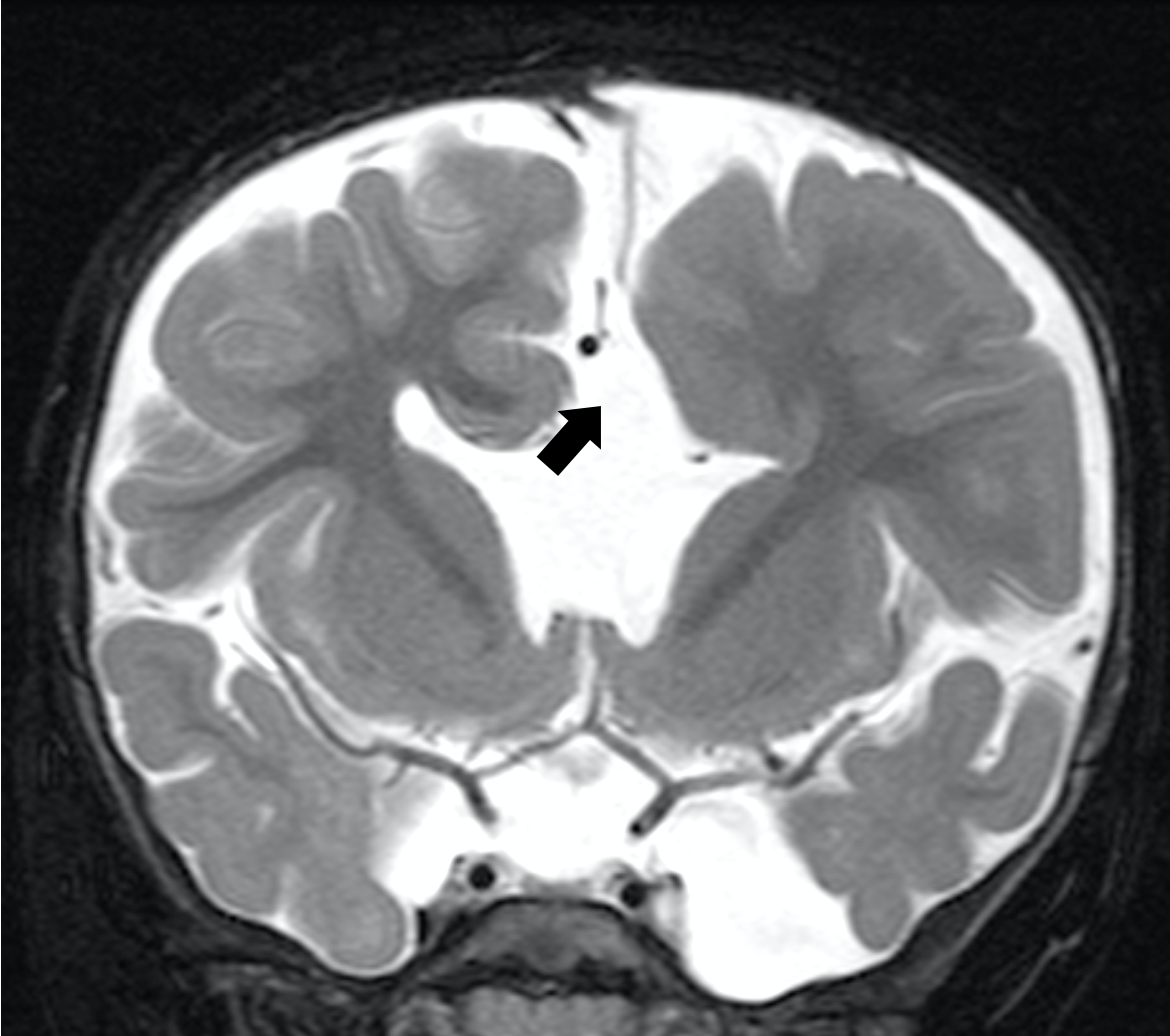 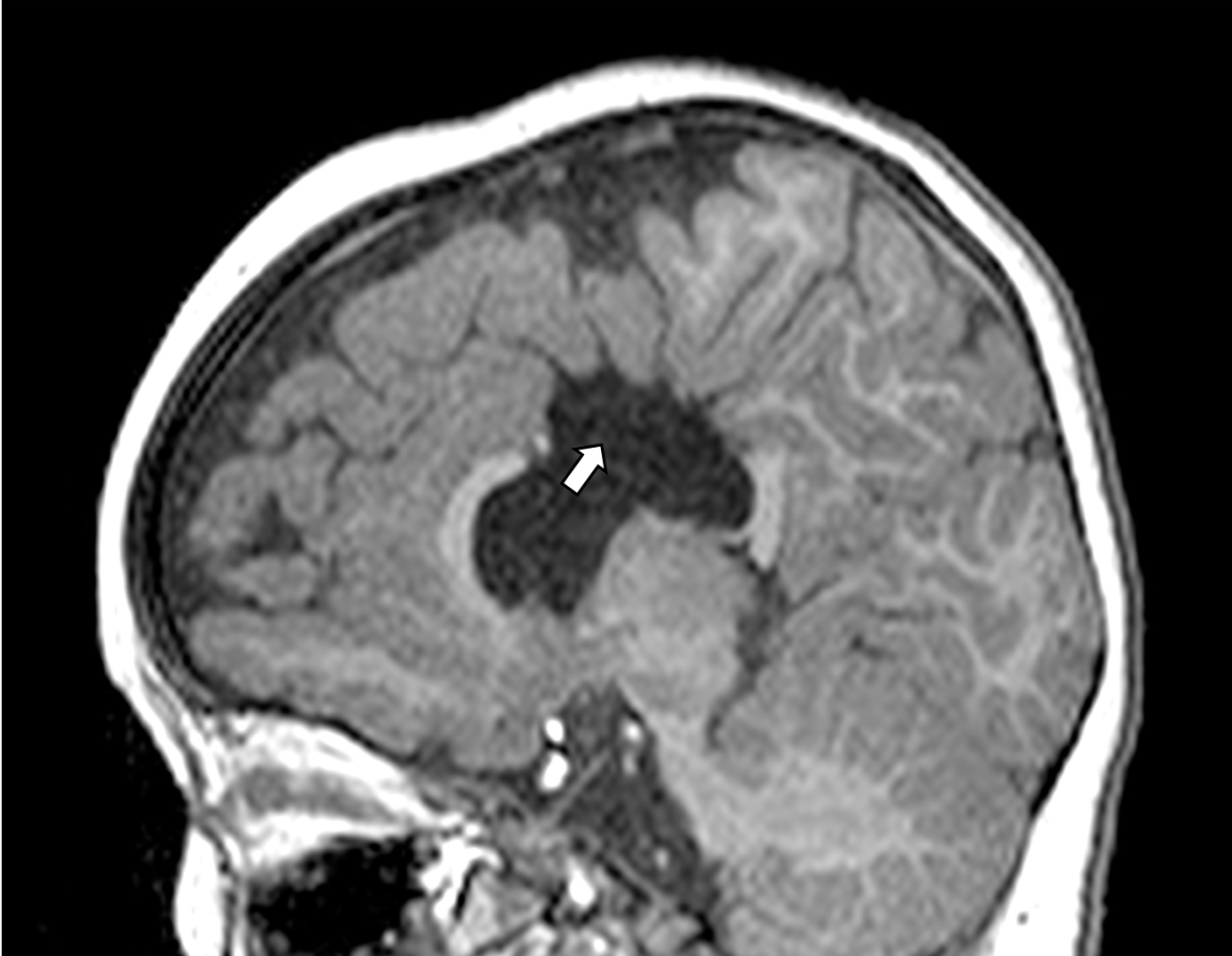 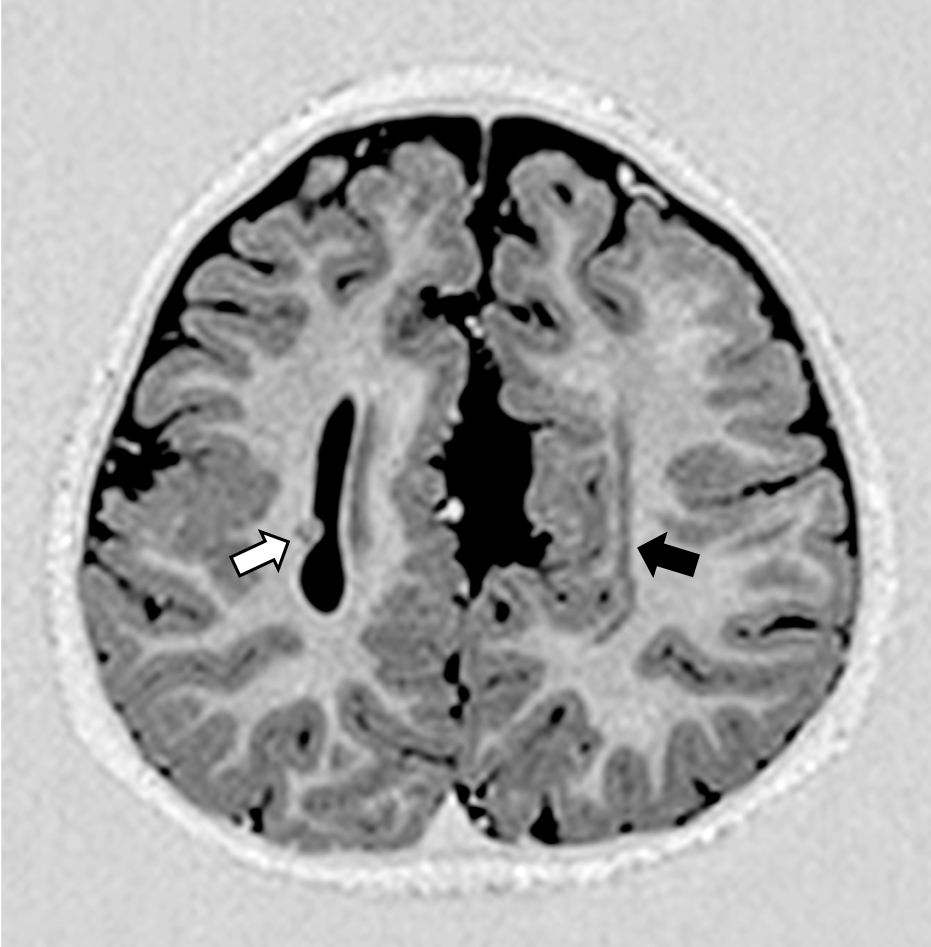 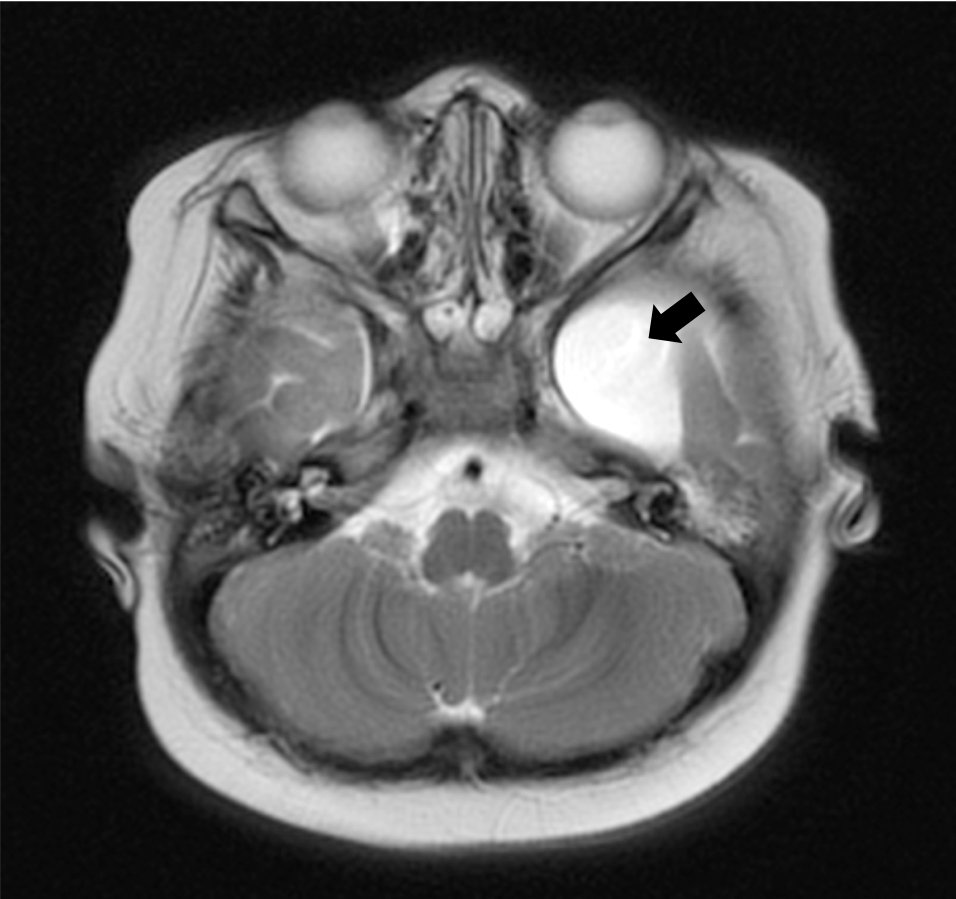 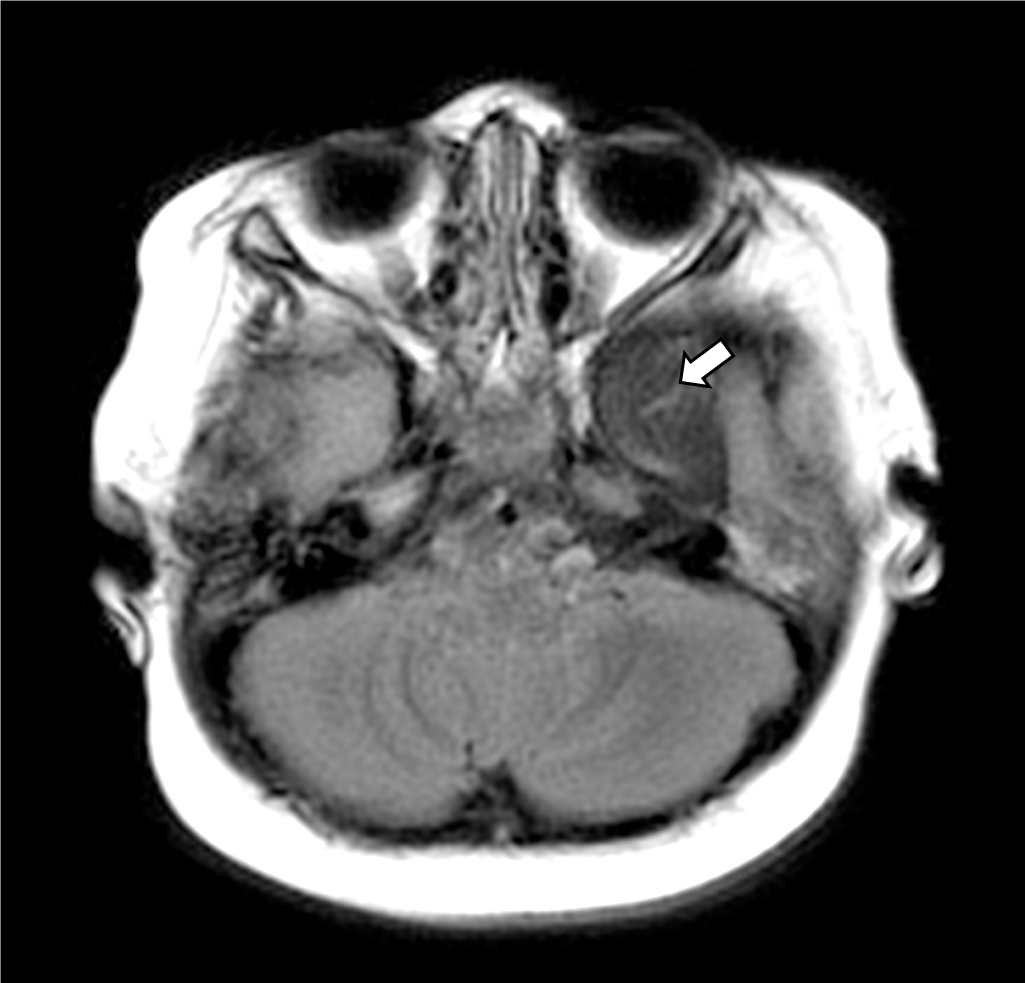