A 57-year-old male with a history of facial reconstruction following a firework accident in 1987 presented to the emergency department with several months of persistent headache, vomiting, weight loss, uncontrolled anger, and poor judgement. He denied intravenous drug use, immunocompromise, and any personal or family history of malignancy. Physical examination was unremarkable.

Computed tomography of the head showed an ill-defined mass in the anterior left frontal lobe with surrounding vasogenic oedema.

Brain abscesses are infections of the cerebral parenchyma with a high mortality rate, most commonly occurring in patients between the age of 30 and 50. [4] Aetiology includes spread of local or systemic infection, or introduction of bacteria via trauma or surgery. [1,2,4] Immunocompromised and immunosuppressed patients are at increased risk, including those with diabetes. Frontal lobe abscesses, as with any frontal lobe lesion, may present with personality and cognitive changes, aggression, and impulsivity. Patients may or may not present with infectious symptoms such as fever, chills, and nausea. [4]

Any concern for cerebritis or brain abscess should prompt imaging to ensure timely diagnosis and treatment.

Brain abscesses appear as hypoattenuation of the brain parenchyma on non-contrast computed tomography. A ring-enhancing lesion may be seen with intravenous contrast. [1,4]

Brain abscess are characteristically ring-enhancing lesions, best identified on post-contrast T1-weighted imaging, however the findings of ring-enhancing lesion with surrounding vasogenic oedema is not specific to brain abscesses. Further distinction can be made by analysing the diffusion-weighted images. Abscesses and malignancies will exhibit reduced diffusivity of different patterns, with the central portion of an abscess demonstrating diffusion restriction. Malignancies demonstrate varying patterns of restricted diffusion, if any at all. [2]

Treatment includes long-term antibiotics based on microbial cultures. Surgical intervention is indicated to drain the purulent fluid or remove the abscess and surrounding capsule. [1,2,3,4,5]

In our case, the patient underwent left craniotomy with partial left frontal lobectomy, where the mass was noted to be a large pustular abscess. Microbial cultures were positive for Pseudomonas aeruginosa. Pathology revealed a cyst covered by ciliated respiratory-type epithelium with severe acute and chronic inflammation, exudate, and necrosis. The pathologist hypothesized that the cyst may have formed secondary to displaced sinus mucosa after his facial trauma.

Brain abscesses are infections of the cerebral parenchyma with a high mortality rate. Etiology includes spread of local or systemic infection, or introduction of bacteria via trauma or surgery. Frontal lobe abscesses typically present with personality and cognitive changes, aggression, and impulsivity. They have characteristic findings on MRI, however tissue sampling and culture are typically required to initiate the appropriate treatment regimen. Treatment includes long-term antibiotics and surgical intervention. 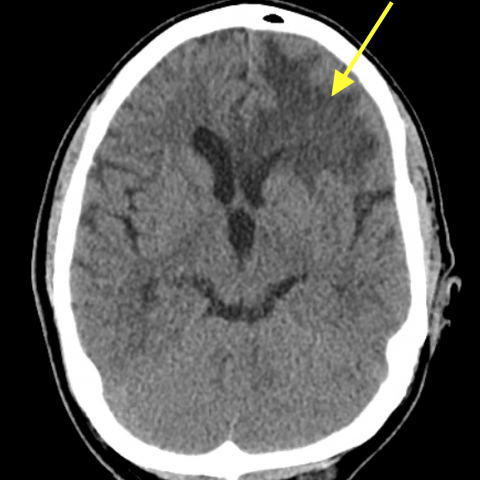 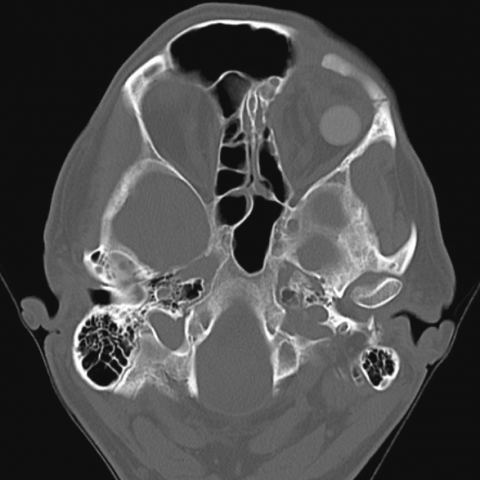 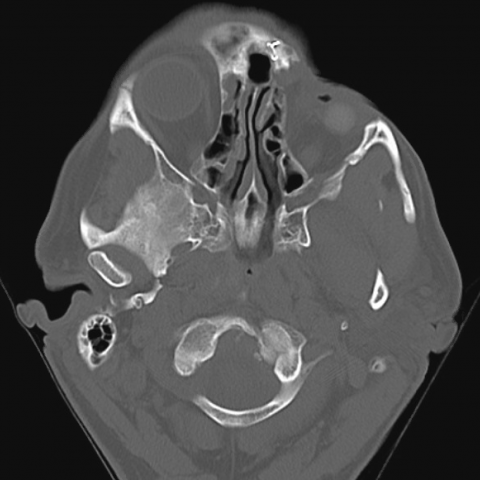 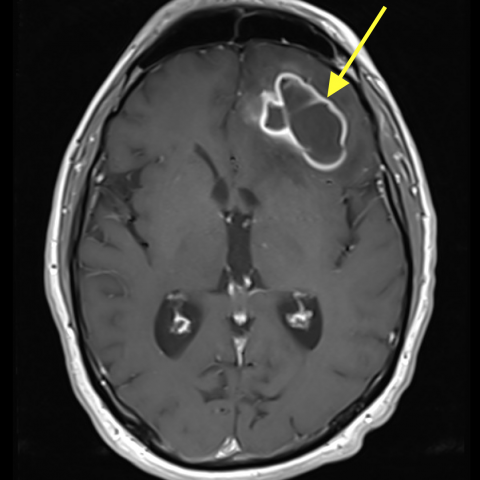 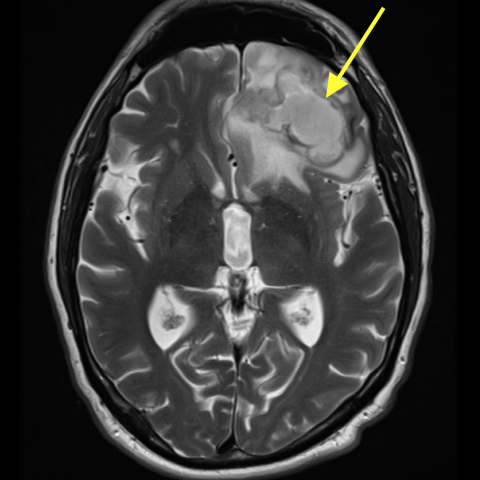 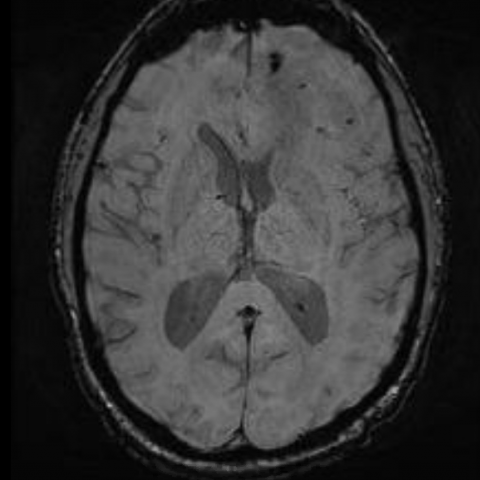 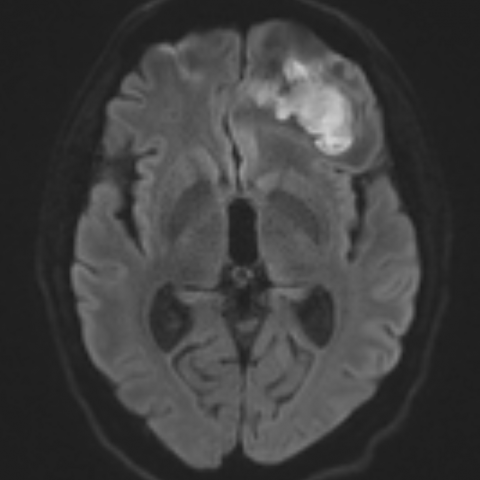 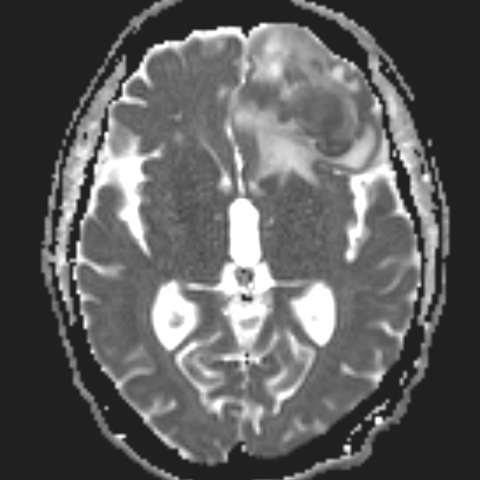 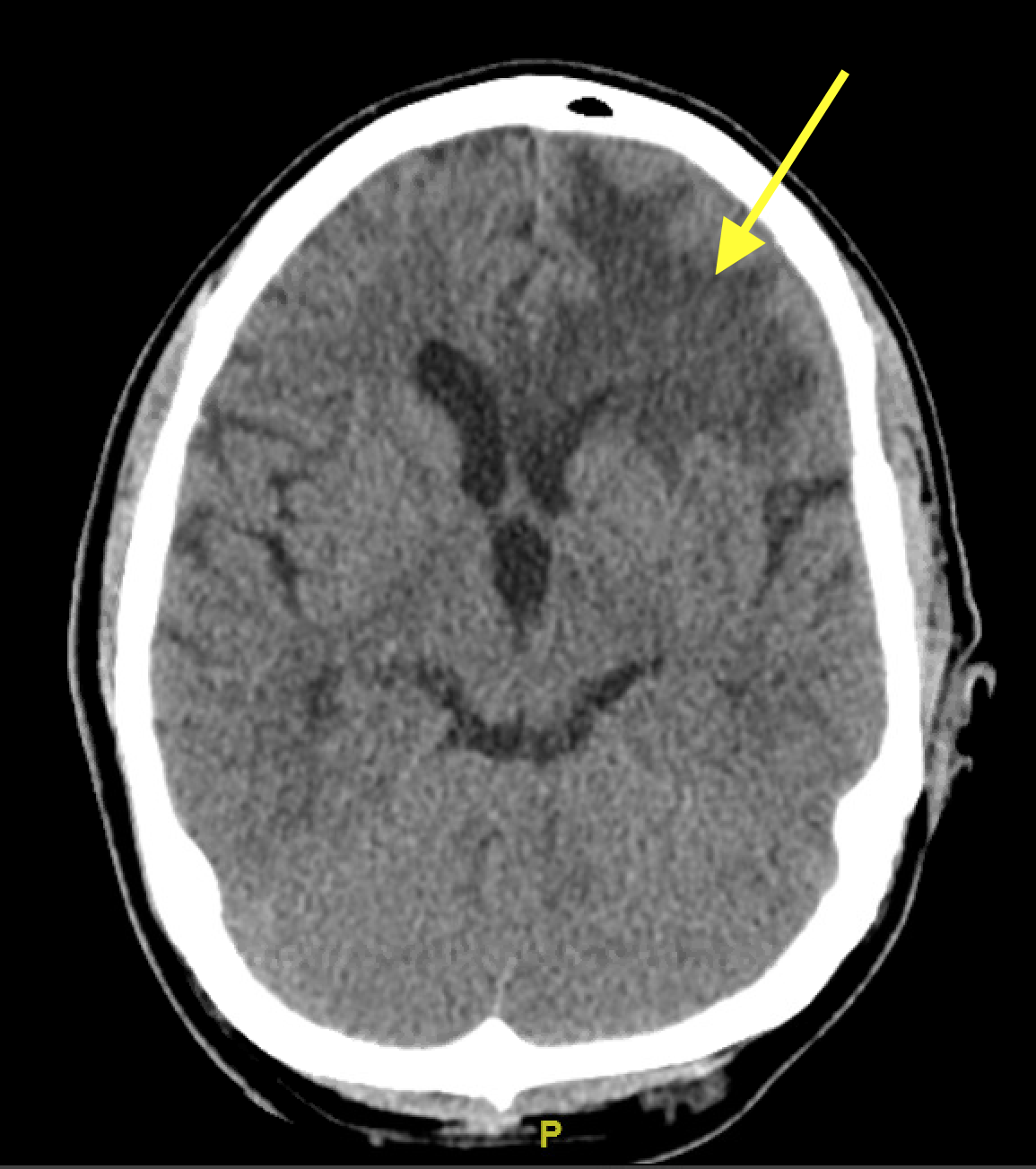 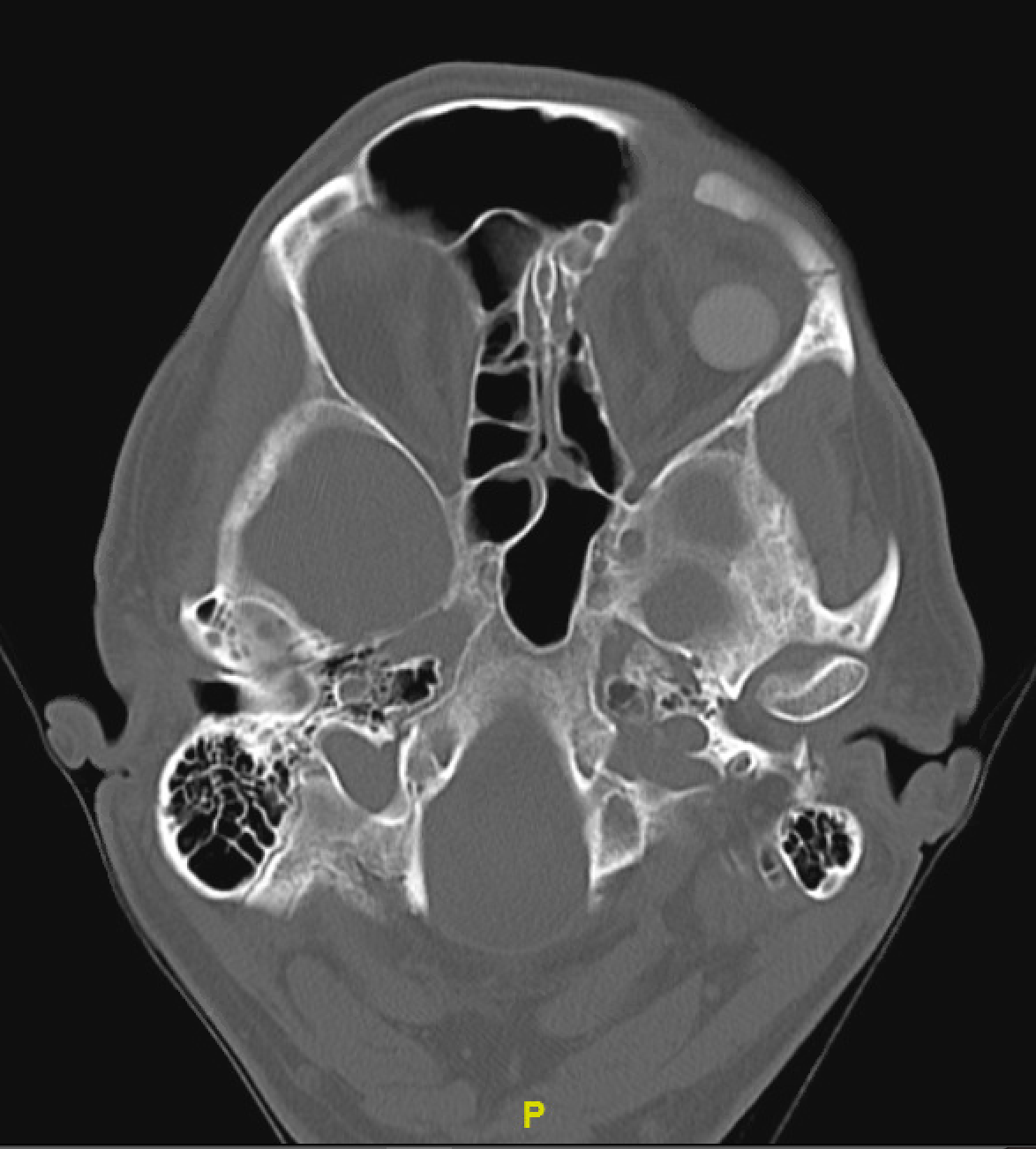 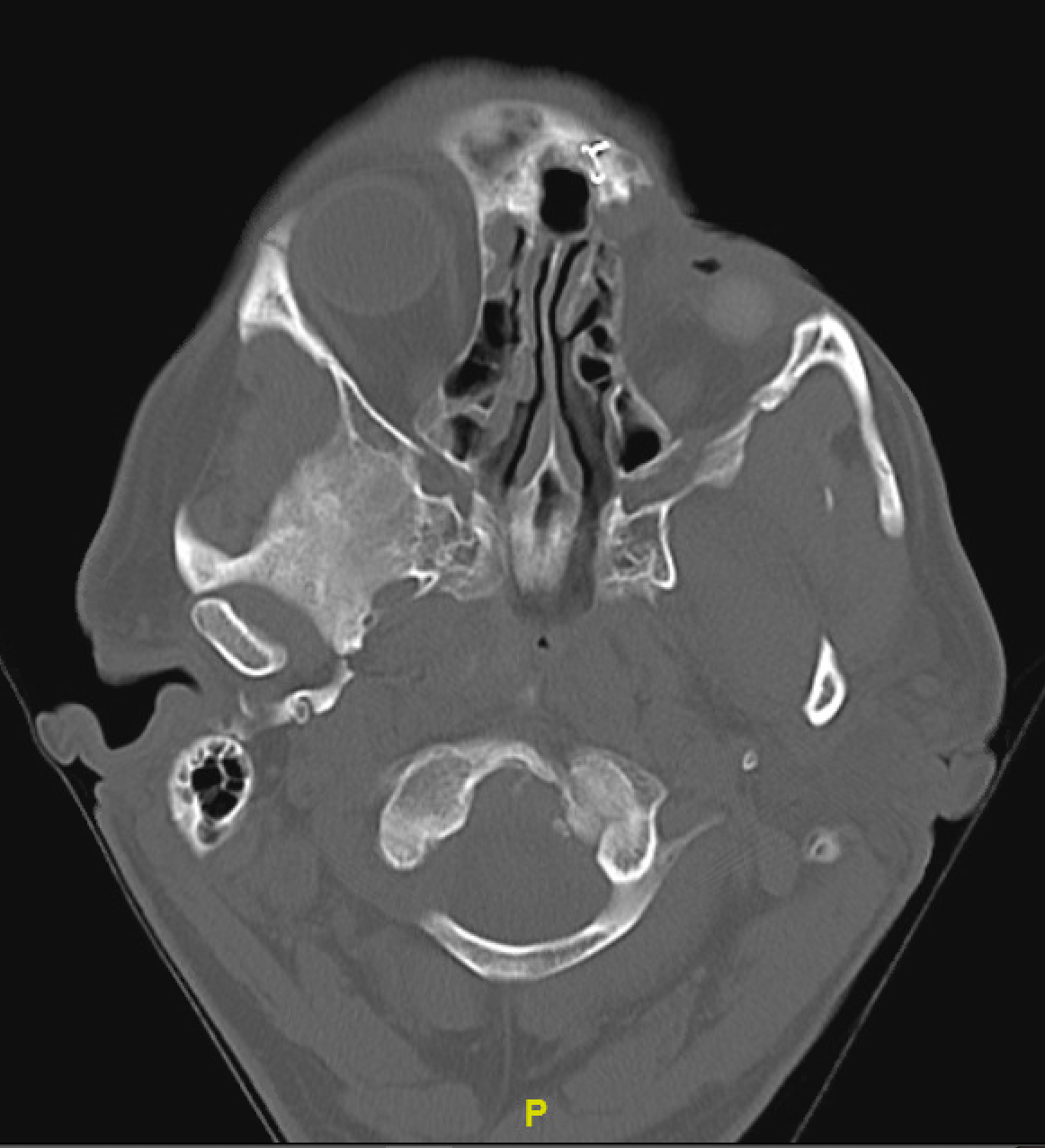 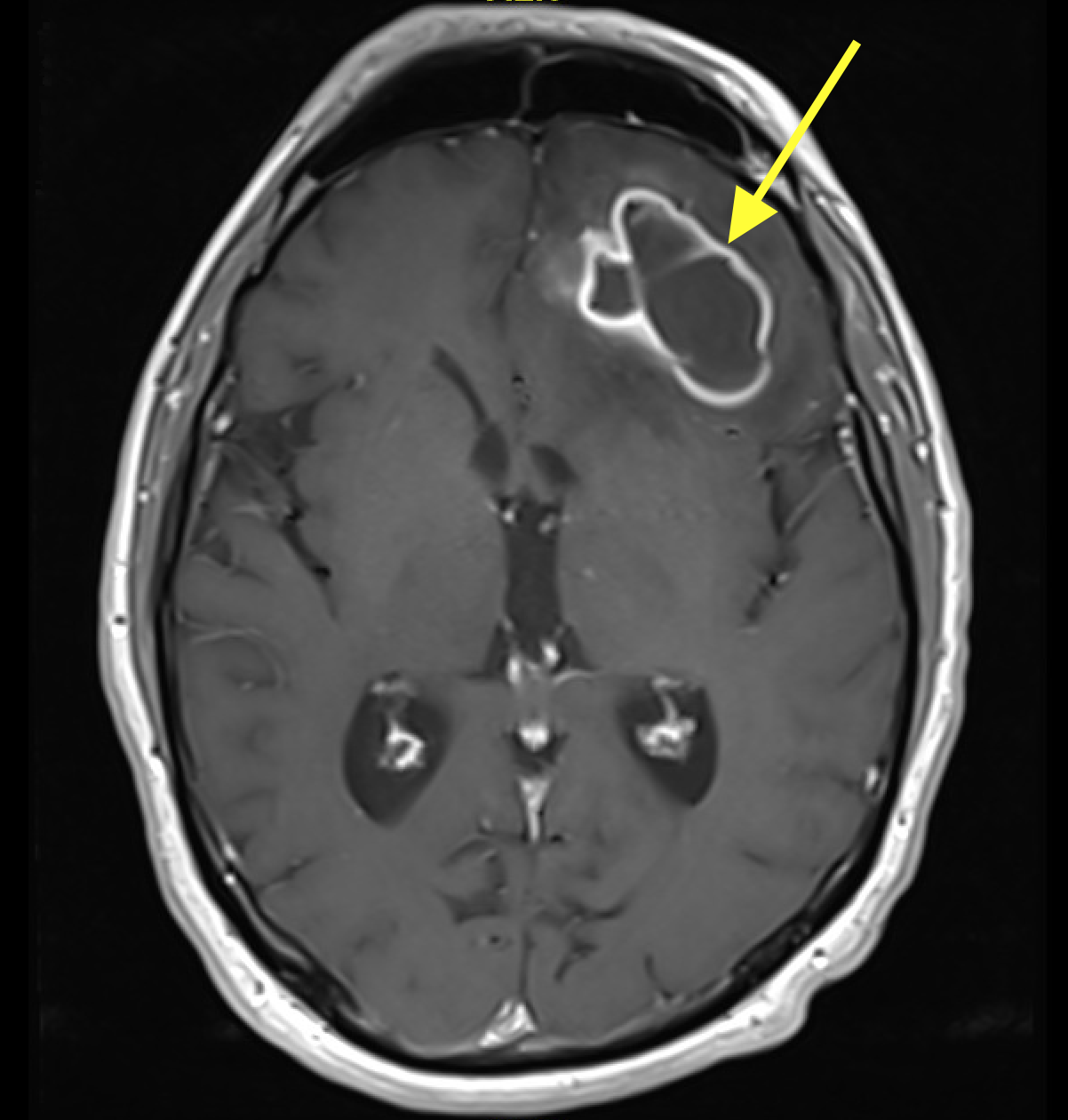 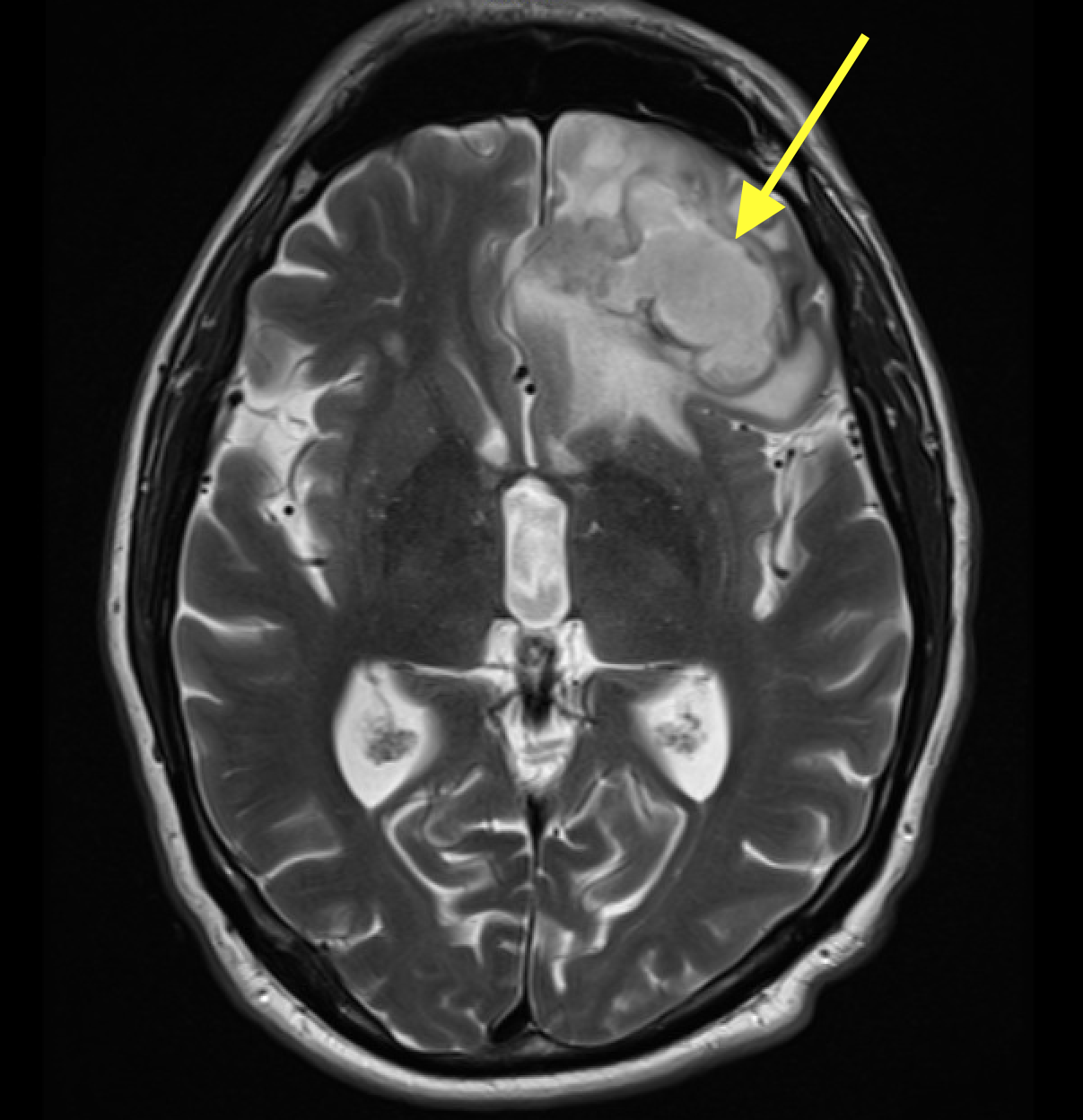 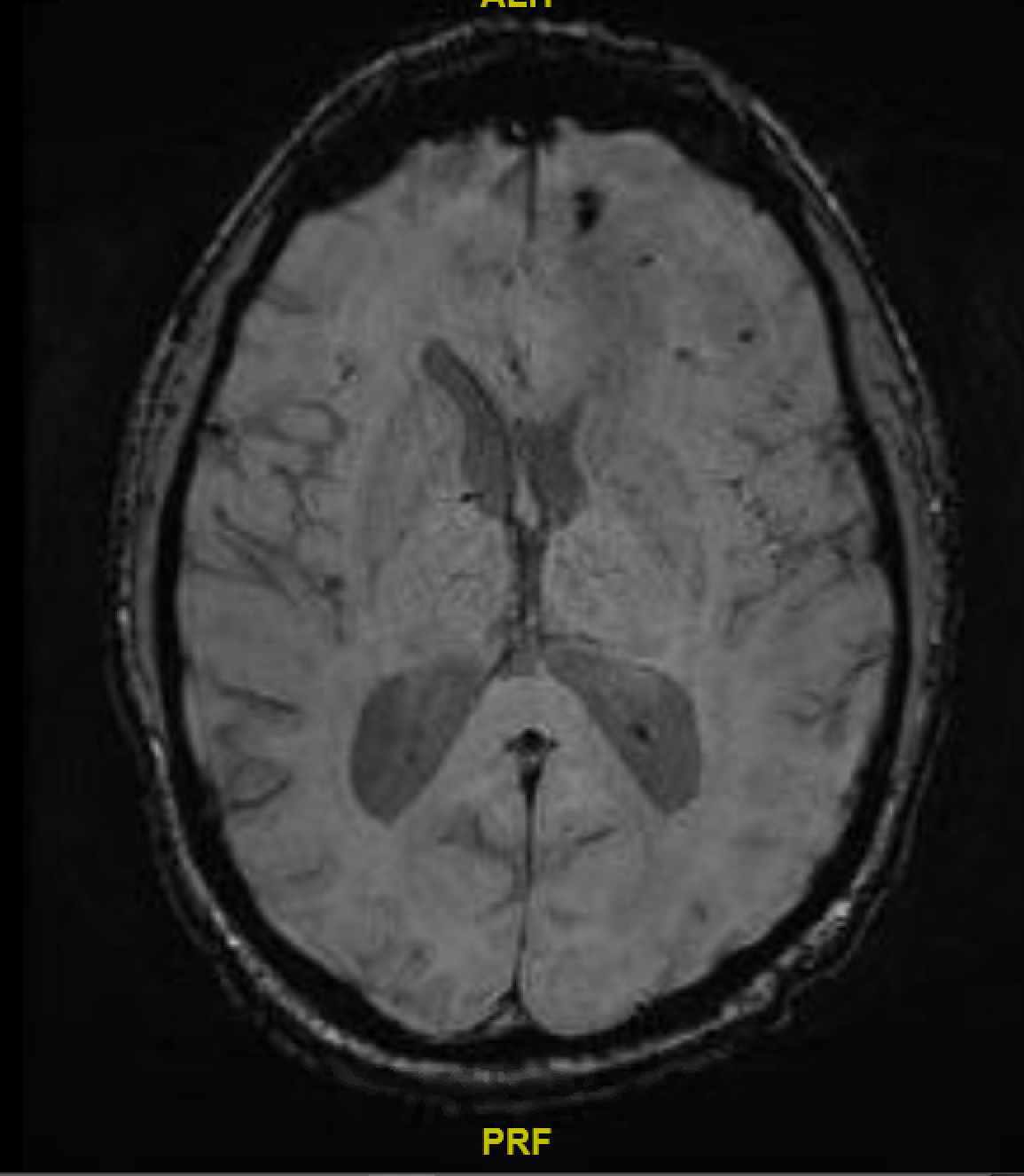 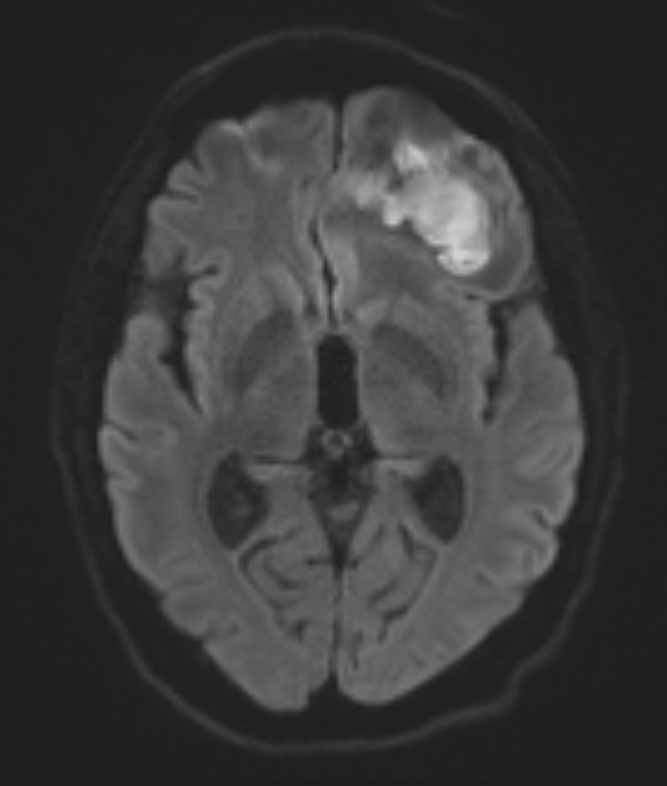 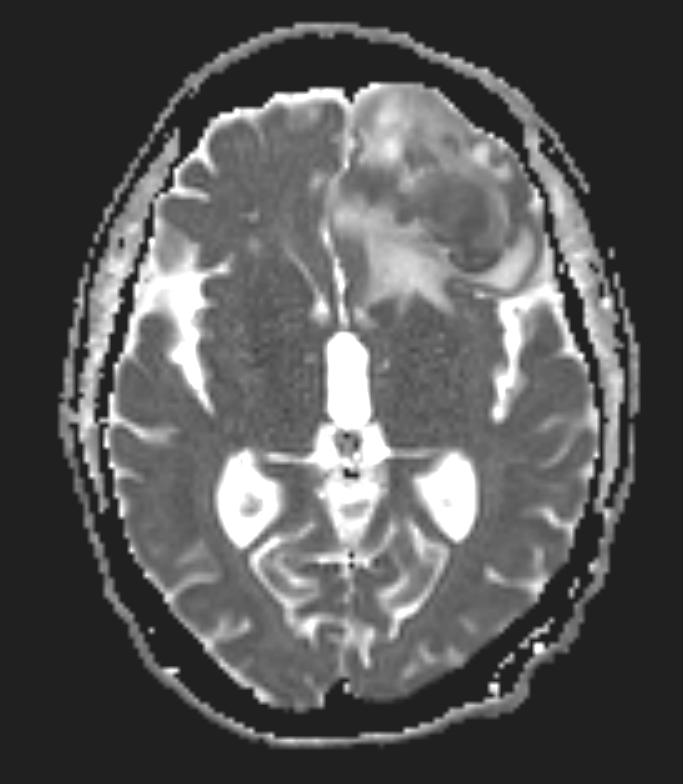