Endomyocardial fibrosis affects approximately 12 million persons worldwide and is an important cause of restrictive cardiomyopathy in the developing world. It is characterised by apical filling with fibrotic tissue of one or both ventricles (1).

There are well defined known diagnostic criteria of eosinophilic endomyocardial fibrosis by echocardiography which are;

This means that there are CMR diagnostic criteria can help and add to echocardiography in case of equivocal cases, obese patients and poor echocardiographic window.

Differential diagnoses are hypertrophic cardiomyopathy but it is excluded as it doesn’t include obliterated apex or apical notch, it was not a tumor as delayed enhancement images revealed absent enhancement supporting thrombi and it was not a simple primary restrictive cardiomyopathy as it fulfilled the diagnostic criteria of endomyocardial fibrosis.

Endomyocardial fibrosis is a rare type of restrictive cardiomyopathy characterised by progressive interstitial fibrosis involving the Endo-myocardium of ventricles, it has a diagnostic echocardiography checklist of major and minor criteria, yet, there is no consensus about the additive value of tissue characterisation by CMR. 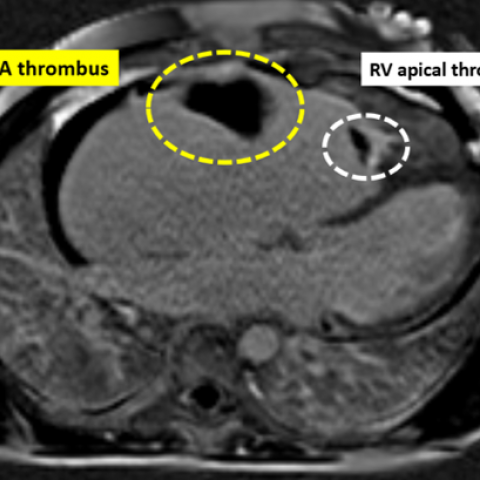 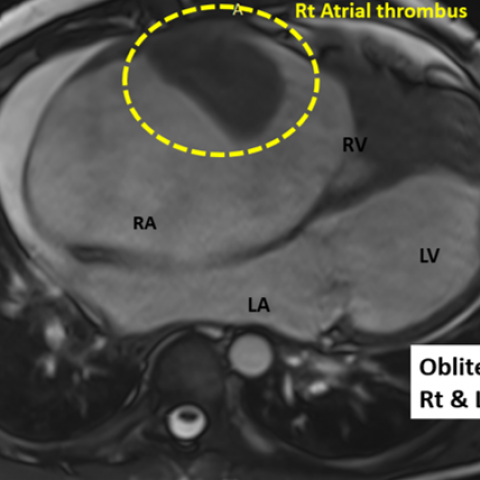 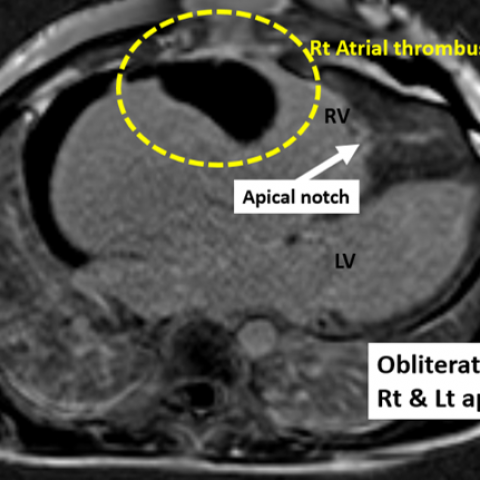 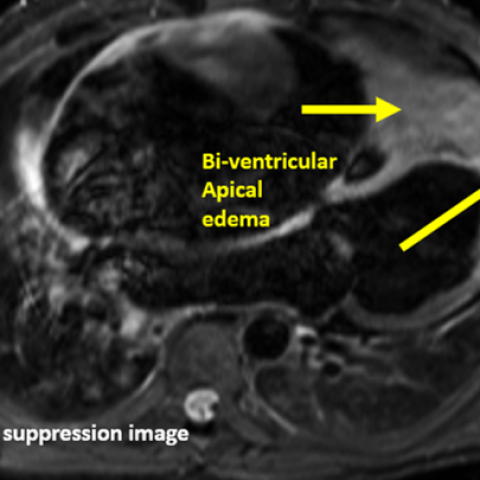 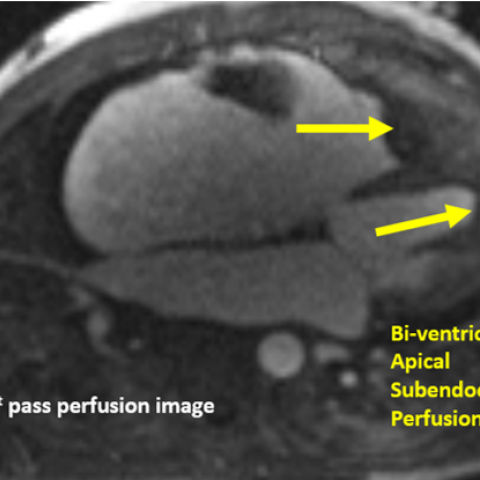 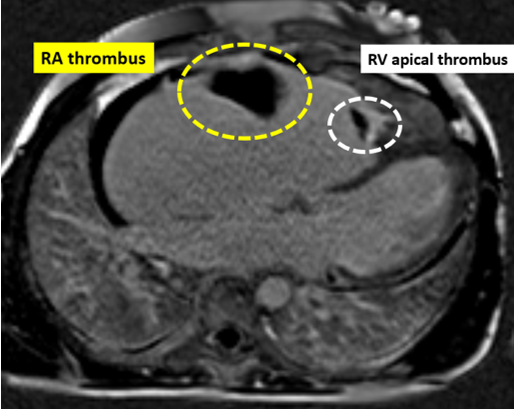 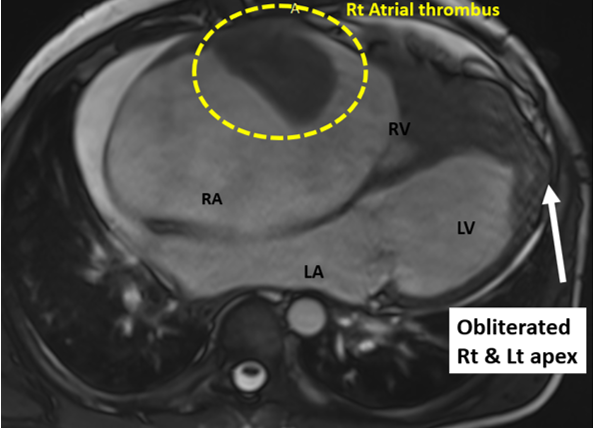 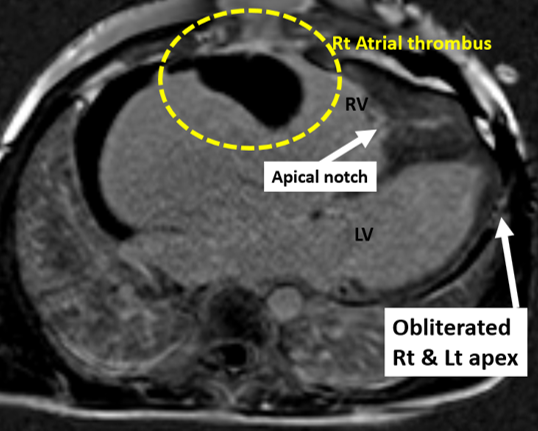 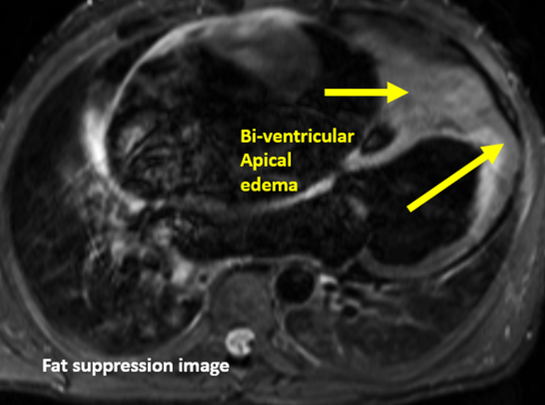 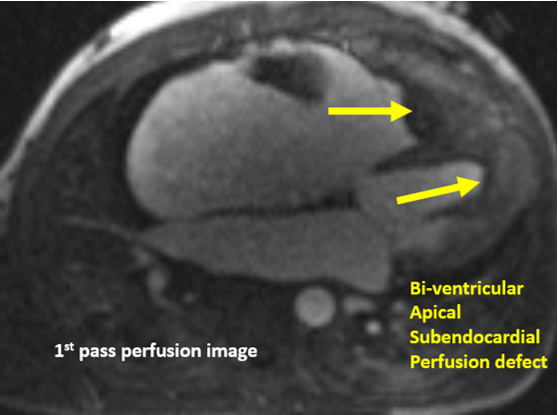