A 45-year-old women presented atypical chest pain. ECG and echocardiography were unremarkable. The patient was referred to radiology department for CT coronary angiography (CCTA) to rule out coronary artery disease.

Prospective ECG-gated CT coronary angiogram was done using 256 slices CT scanner (Revolution CT, GE Healthcare) showed intracavitary course of a right coronary artery segment within the right atrium with normal course of the rest of the RCA. The affected segment measured about 1.7 cm. There was no significant coronary artery disease.

To date, two variants of intracavitary coronary artery with an intact epicardial have been described; (i) an intracavitary course of the RCA into the right atrium which is less common as reported in this case. (ii) an intracavitary course of the proximal left anterior descending artery into the right ventricle, which is reported in less than 0.3% of the population. Intracavitary or intra-atrial right coronary artery (RCA) is isolated rare congenital anomaly. The majority of previous reports were incidentally encountered at the time of open-heart surgery or on autopsy [1]. Recently the detection of this anomaly is significantly increased by the widely spread noninvasive cardiac computed tomography.

The anomaly is usually asymptomatic and does not account for the patient’s symptoms. RCA injury may occur during invasive cardiac procedure such as pacemaker implantation, heart catheterisation and electrophysiological studies. Disrupting the artery can lead to myocardial ischemia and left to- right shunting [2]. Additionally, difficulties in coronary artery bypass surgery in terms of vessel localisation or bypass grafting may also occur.

The intra-atrial course of the RCA may affects a significant segment of exposed artery within the atrial chamber (up to 5.5 cm) [5]. Furthermore, the involved segment is often displaced superiorly from the usual location within the atrioventricular groove to a more atrialised position within the cavotricuspid isthmus, which is a common site of typical atrial flutter ablation [6].

CCTA is considered as a unique diagnostic modality for noninvasive detection characterisation of intracavitary RCA and subsequently should have a significant impact on identification as well as planning clinical interventions of patients with intracavitary RCA.

Electrophysiologists, invasive cardiologists and cardiothoracic surgeons should to be aware of this anomaly and its implications on procedural risk and planning. 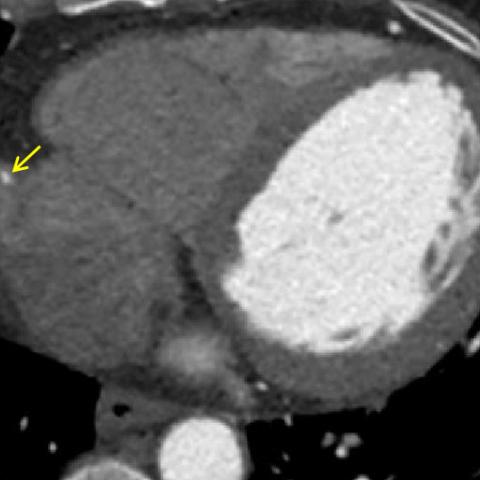 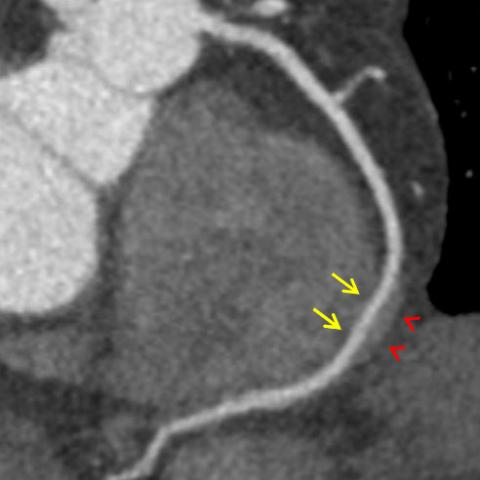 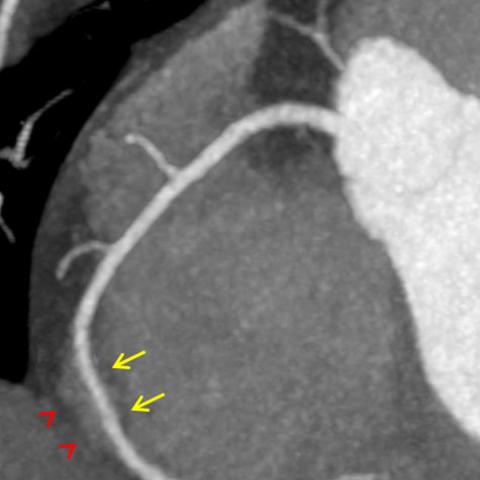 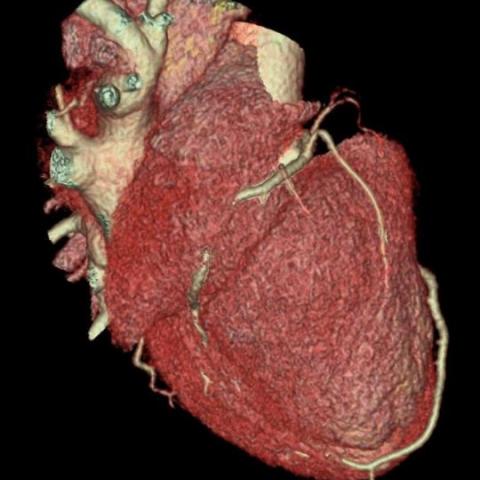 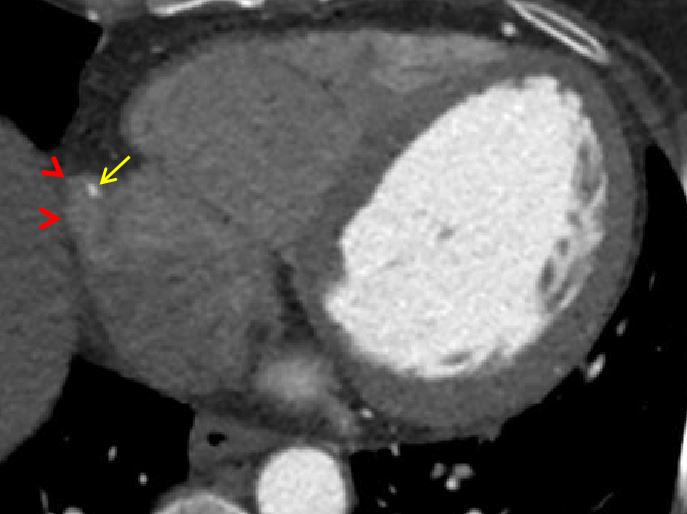 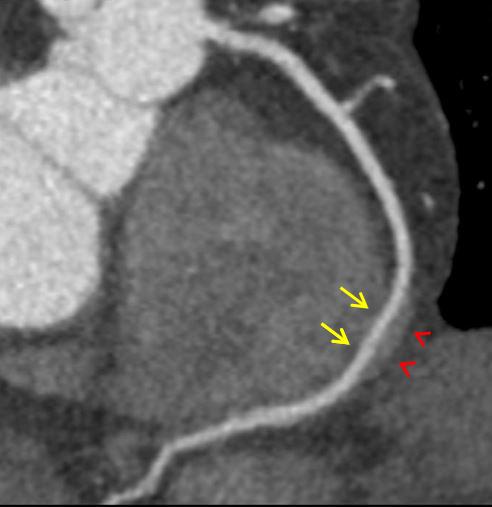 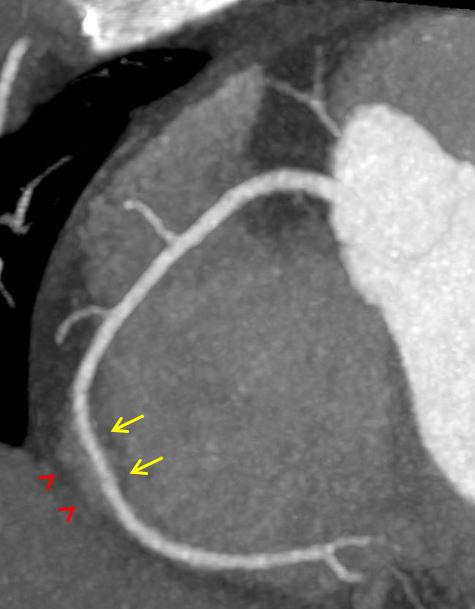 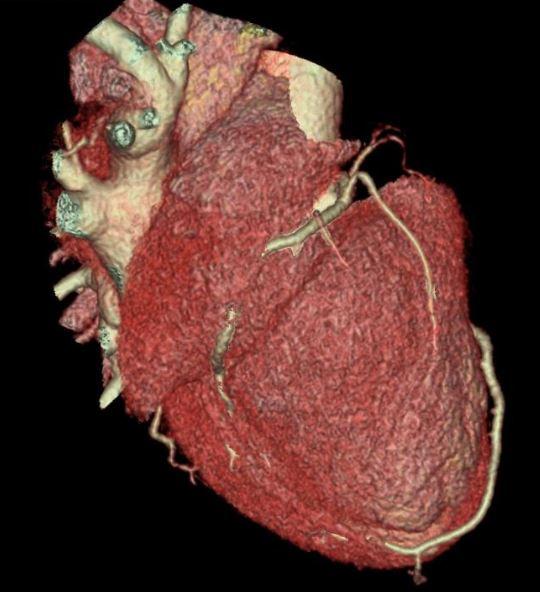