An 18-year-old man with sickle cell disease (SCD) presented to the emergency department with a 5-day history of generalised headache, drowsiness and recent history of minor head injury. Physical and neurological examination was normal.

Sickle cell disease (SCD) is an autosomal dominant haemoglobinopathy resulting in aggregation of abnormal haemoglobin and vaso-occlusion in response to low oxygen levels. As a result, patients may present with acute pain crisis, acute chest syndrome and stroke [1]. Headache is a common presenting complaint in the general population as well as in SCD; although can be more concerning in the latter, in view of the higher potential for neurological complications [2].

Neurological complications of SCD are common, the most prevalent major co-morbidity being stroke [3]. Intra- and extracranial steno-occlusive vasculopathy is a common finding in these patients. “Silent” infarcts can also be seen on imaging. Other pathologies include moya-moya syndrome, aneurysm, posterior reversible encephalopathy syndrome, cerebral fat embolism and cerebral venous sinus thrombosis [4,5].

Isolated bone infarction of the calvarium with spontaneous EDH is a rare but recognised complication of SCD with a small number of cases reported in the literature [2,6]. The precise mechanism is unknown; however, it is suggested that skull infarction may result in either periosteal elevation and cortical disruption or inadequate venous drainage with subsequent haemorrhage into the extradural space [2].

Unenhanced CT is easily accessible and considered the first-line investigation of choice for acute haemorrhage and infarct [4]. It is exceptional for fracture detection which was excluded in this case. The superb soft tissue contrast of MRI increases the sensitivity and specificity and MRA is a useful adjunct to diagnose SCD-related vasculopathy [3,4].

Skull vault infarction in itself does not necessarily require treatment except analgesia. However, any consequent EDH may result in mass effect requiring emergency neurosurgical intervention [2]. Our patient remained neurologically intact and was managed conservatively with close neurological observation and gradual resolution of the haemorrhage.

The key learning point for radiologists interpreting neuroimaging is to interrogate all of the layers - the scalp, the skull and the intracranial compartment. This case also highlights the extra vigilance required when investigating SCD patients with headache. 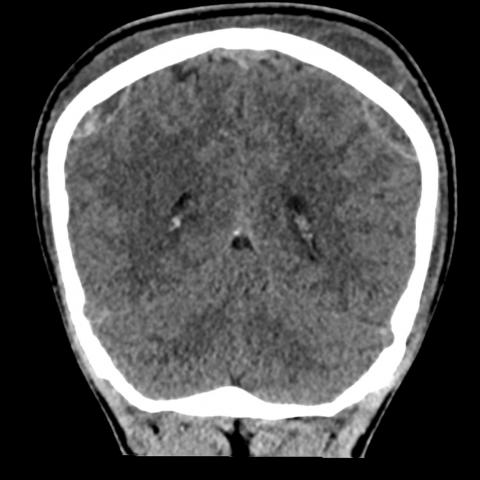 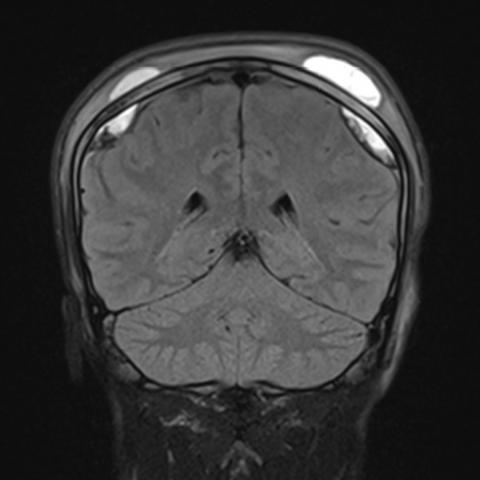 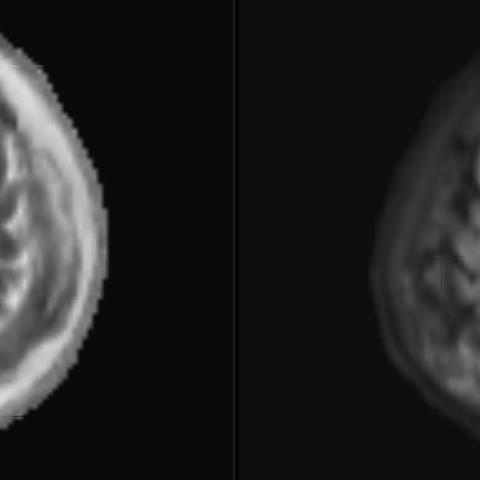