A 64-year-old female presented with complaints of several months of duration of nasal obstruction. The patient did not refer epistaxis, rhinorrhea, allergy, palpitation, tinnitus or allergy. She had a clinical history of arterial hypertension, hypercholesterolemia, type 2 diabetes mellitus and breast cancer two years before.

Non-enhanced computed tomography (CT) was performed, showing a homogeneous 3-centimetre soft tissue mass in the left nasal cavity extending through the roof down to inferior turbinate (Fig. 1). No focal erosive bone changes or calcifications were found. There were no other findings of note.

Selective angiography of the left external carotid artery confirmed a hypervascular lesion in the nasal cavity (Fig. 4) that was partially embolized.

Paragangliomas are mostly benign slow-growing neuroendocrine neoplasms that arise from paraganglionic tissue of the extra-adrenal neuroendocrine system. When secreting catecholamines (1-3% of cases) these neoplasms may manifest with relevant symptoms [1]. The presentation on the sinonasal tract is extremely rare [2, 3]. About 30% of all head and neck paragangliomas are hereditary and they associate with different tumour syndromes (paraganglioma syndromes) characterized by distinct clinical features and gene mutations [9].

When there is suspicion of nasal cavity mass, CT scan and MRI are indicated to detect and characterize the lesion and it extension.

Clinical inspection revealed a bluish lesion, which triggered further imaging. Multimodal imaging was performed for better assessment of the extension and characterization of the lesion. In this case, this action avoided a potential bleeding complication if biopsy would have been performed first.

As in our case, paragangliomas in the nasal cavity usually appear as well-circumscribed and strongly enhancing masses on MRI, which indicates abundant blood supply. DCE-MRI washout or type III time-intensity curve (TIC), with early enhancement and washout, is characteristic of paragangliomas [4]. Salt-and-pepper appearance of the tumour, expansive growth and remodelling of adjacent bone are frequent findings.

As in most head and neck tumours, diffusion-weighted imaging (DWI) is useful for prognostic evaluation and suggest if a lesion is benign or malignant. Lower ADC values should suggest malignant lesion.

Gallium-68 PET/CT is an accurate imaging tool for localization of SSTR-positive NETs, as it is paraganglioma [5].

Standard treatment of nasal paragangliomas consists on complete resection. As this case, when tumours are larger than 3 cm pre-operative embolization in order to reduce the risk of bleeding and size of the tumour is recommended [3]. A long term follow-up is important after resection, as recurrences or metastasis could occur after many years of initial diagnosis [6, 8].

Nasal paragangliomas are an infrequent cause of nasal cavity mass and lack specificity of radiologic findings. Although pathological analysis is mandatory to confirm the diagnosis, an early and intense enhancement and the presence of flow voids within the lesion may suggest the diagnosis. 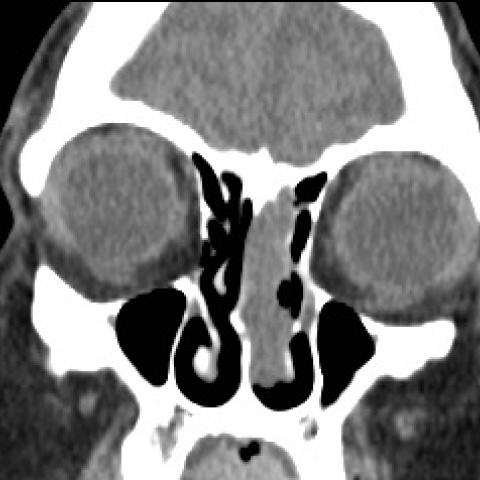 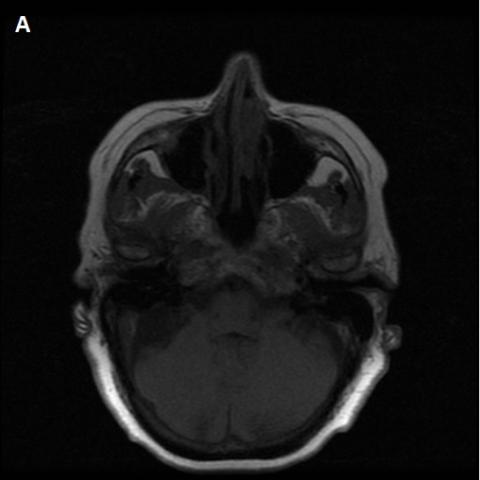 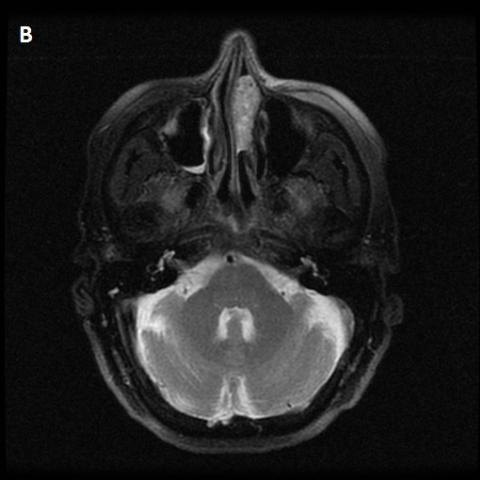 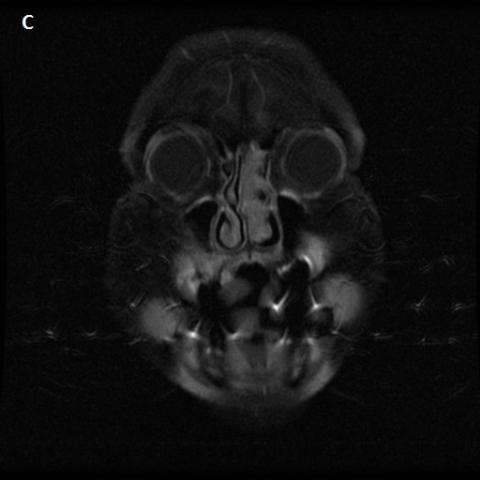 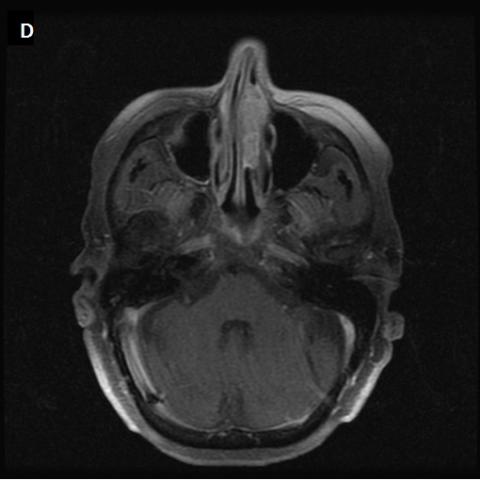 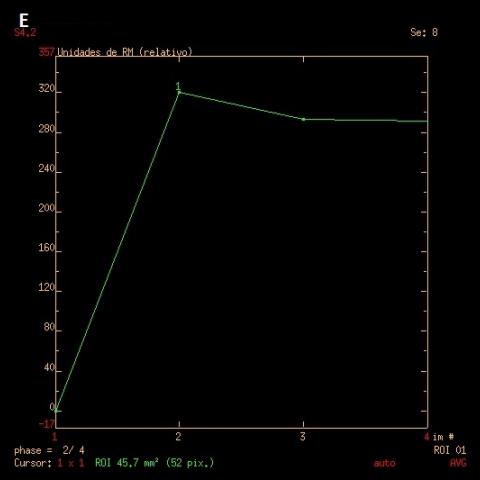 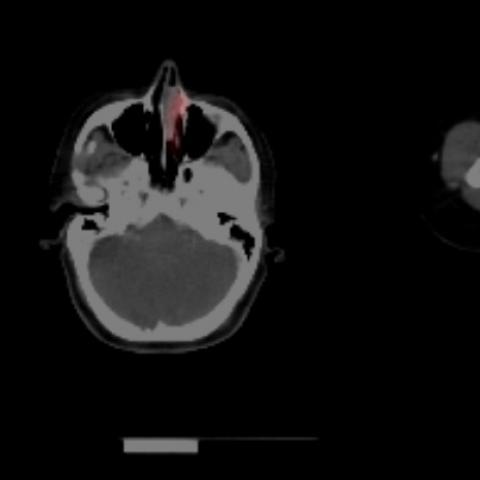 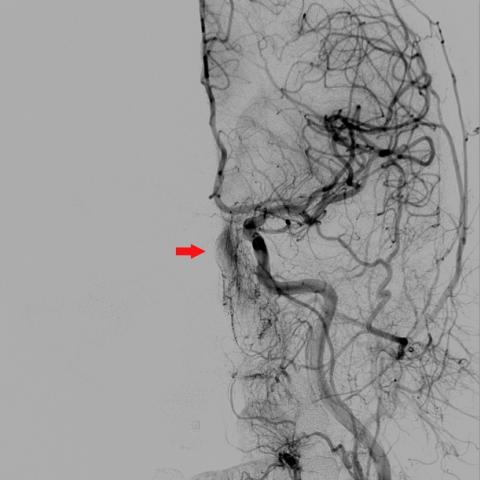 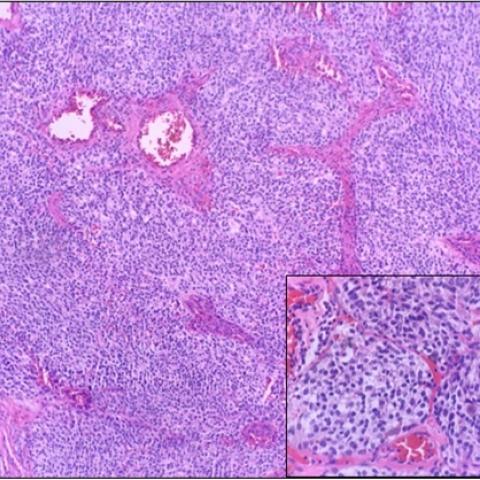 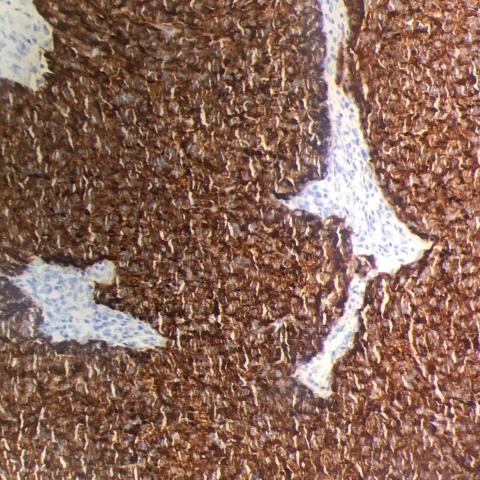 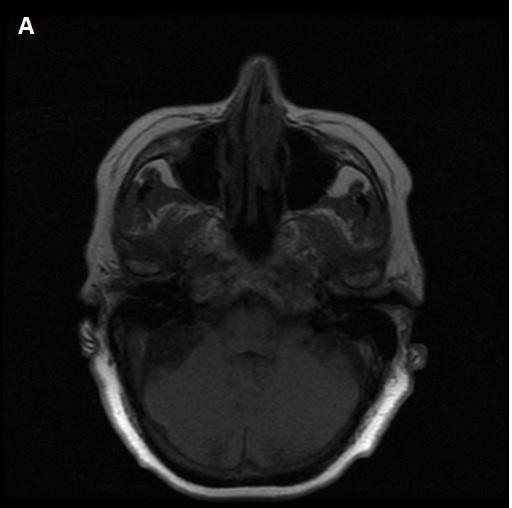 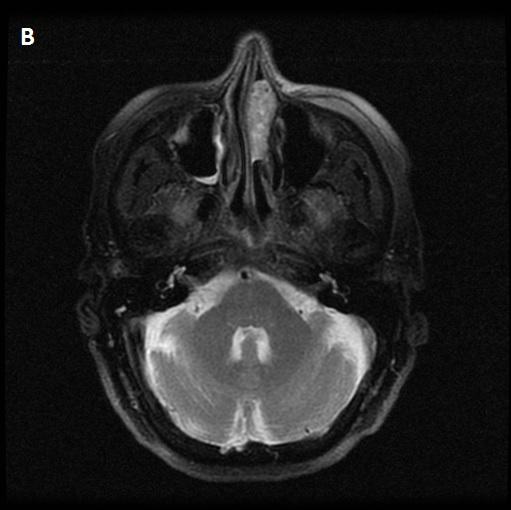 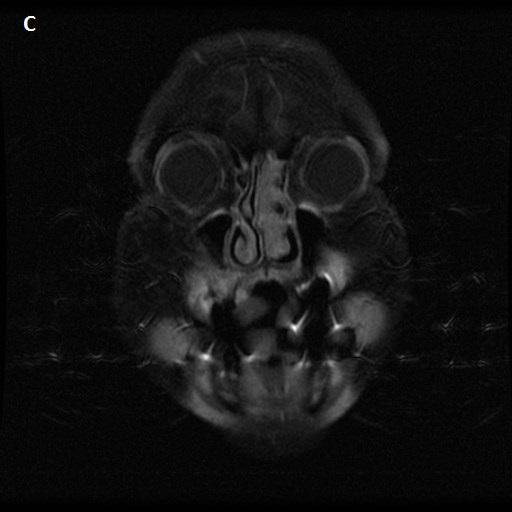 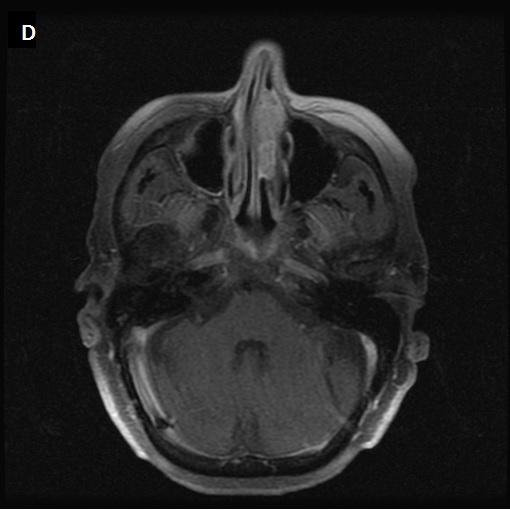 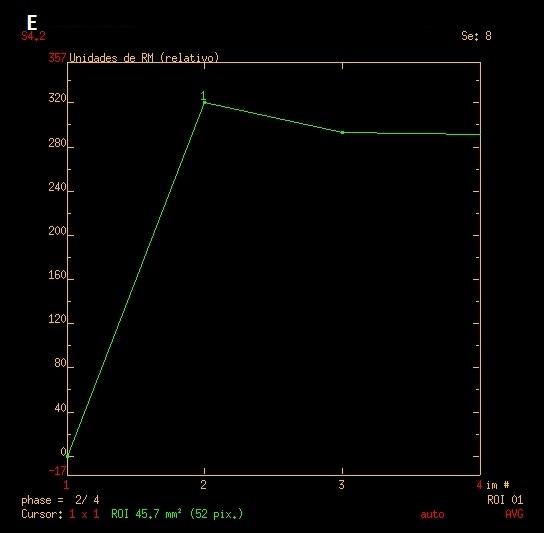 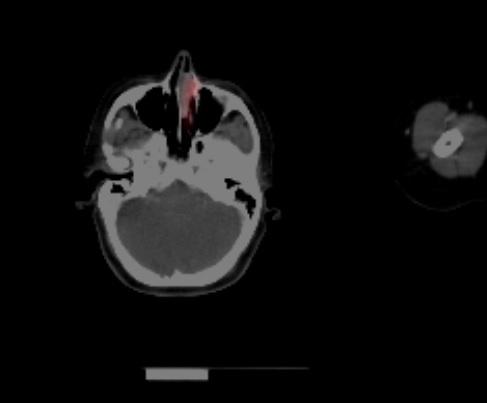 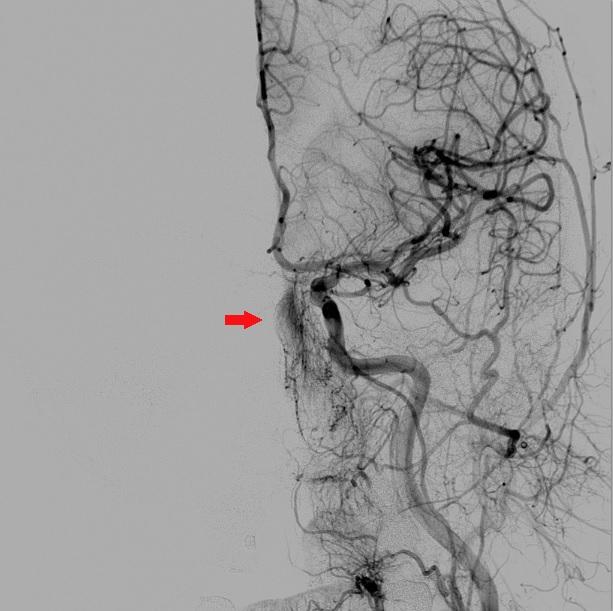 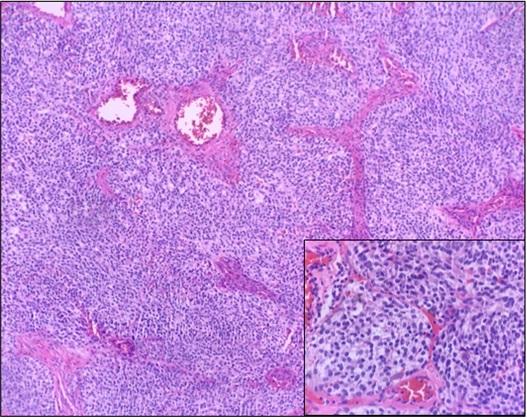 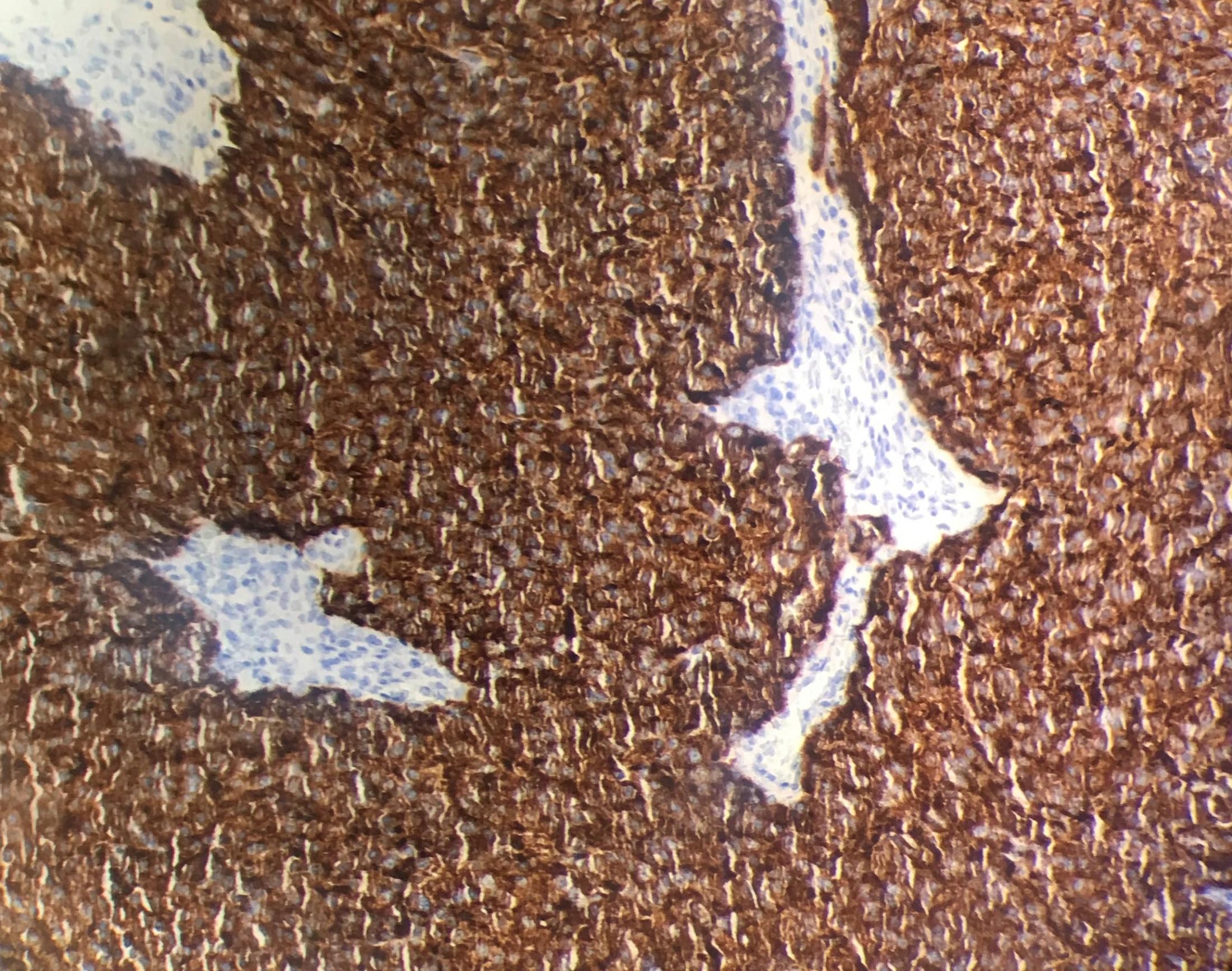