A 4-month-old infant was brought to the emergency due to non-reducible swelling on the left inguinal region since day one. The swelling was seen on and off since birth especially increases when the baby cries. On clinical examination, visible and palpable slightly reddish swelling was seen in the left inguinal region. External genitalia was normal. Then, ultrasound was advised for further evaluation.

Herniotomy was later performed by the paediatric surgeon and the hernia was reduced successfully without complication.

The embryonic development process of inguinal canal consists of two anatomic structures one is gubernaculum testis and other is processus vaginalis. The gubernaculum testis helps in the process of descent of testis to the scrotal sac in male. In a female, the mid-part of gubernaculum attaches with the uterus at its cornual portion. The superior part develops into the ovarian ligament and inferior part forms the round ligament which traverses through the inguinal canal. The processus vaginalis is the evagination of the peritoneal fold into the inguinal canal during the sixth month of development and closes in the first year of life from superior to inferior direction. Failure of its obliteration remains as Canal of Nuck and either can present as hydrocele or hernia. This patent canal known as Canal of Nuck in female allows abdominal visceral organs including the uterus, fallopian tubes and ovary into it presenting as the inguinal swelling in infancy. Canal of Nuck hernia containing ovary is reported in 15-20% of the cases [2].

Clinically, infants present with a history of reducible inguinal swelling since birth or as non-reducible inguinal swelling to the emergency department similar to our case. Since, Canal of Nuck is the continuous outpouching of the parietal peritoneum through the inguinal canal to the labia majora in female, the swelling can be visible in the region of labia majora in female infants. Clinical differentiation of hydrocele or hernia would be difficult at times. Therefore, ultrasound is the primary modality of choice in these circumstances. MRI can be done only in equivocal cases or in other alternative possibilities. The key for the correct diagnosis is the absence of ovary on the side of swelling and recognising the characteristic ovarian morphology with follicles within the hernia. Colour Doppler helps to identify the vascularity within the hernia and rule out strangulation. Early diagnosis is important in these cases due to the incidence of ovarian torsion. The possibility of torsion is increased if the herniated ovary is associated with incarceration which is present in greater than 40% of the ovary containing hernias [2,3,4]. 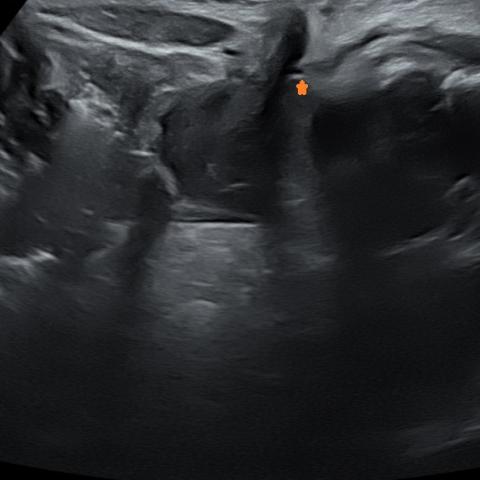 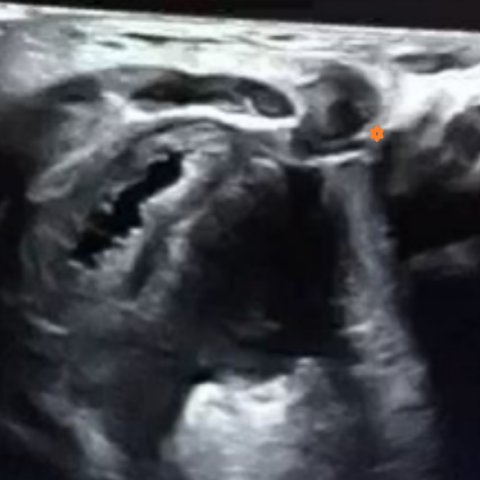 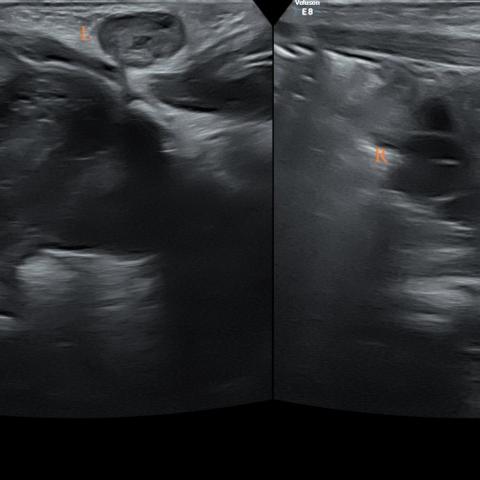 Left ovary (L) is seen further within the hernia after the baby cries, due to increased pelvic pressure. Right ovary (R) appear enlarged with follicles 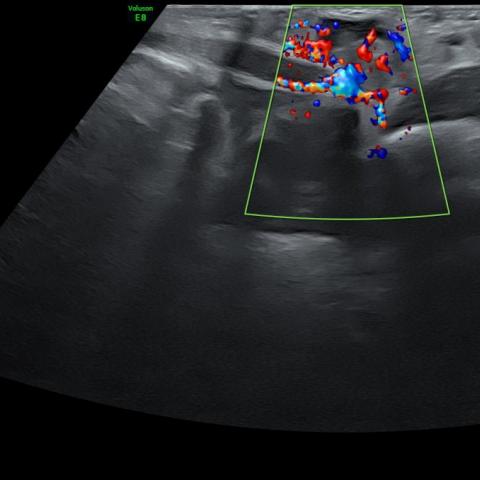 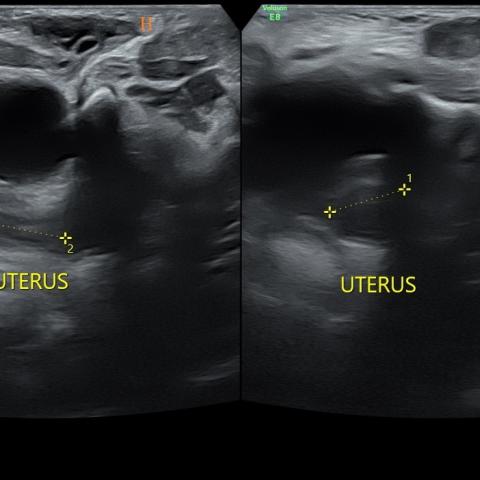 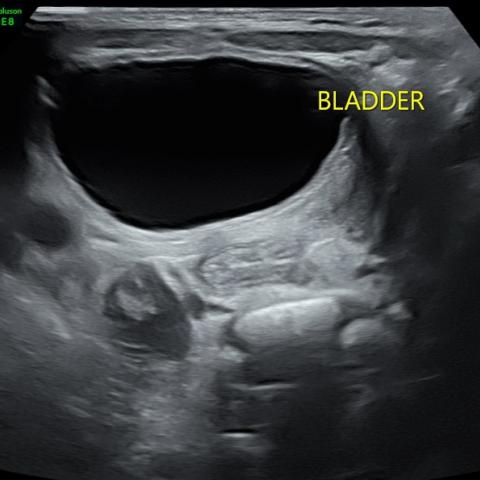 The urinary bladder is normal in distensibility, shape and position. 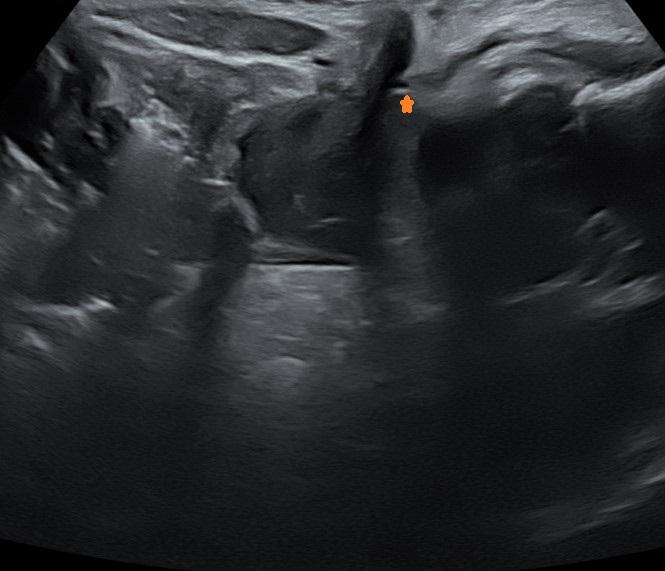 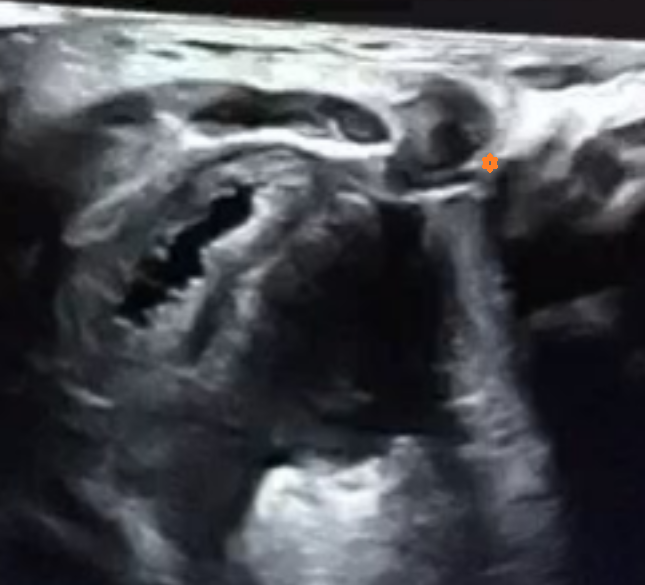 Left ovary (*) is seen within the hernia sac (Note the follicles within the ovary)
©Central Diagnostics, Dwarka,Sector-12,Delhi, India, 2020 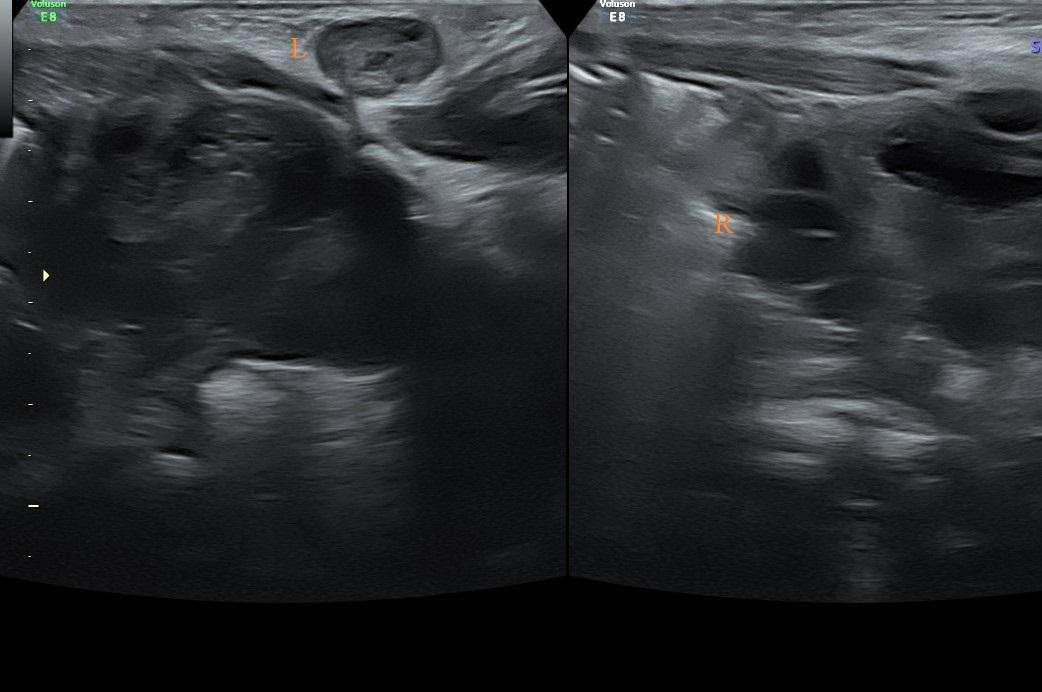 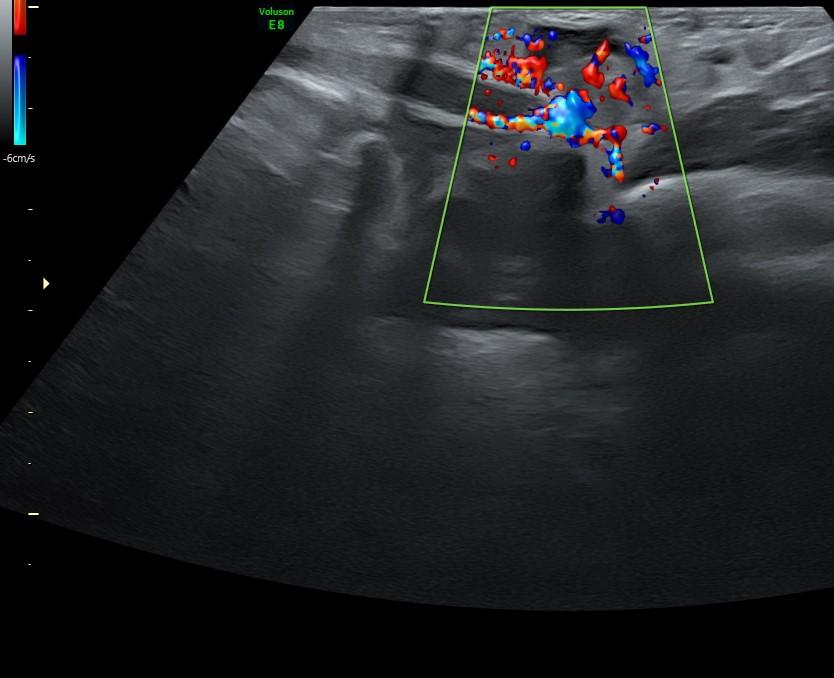 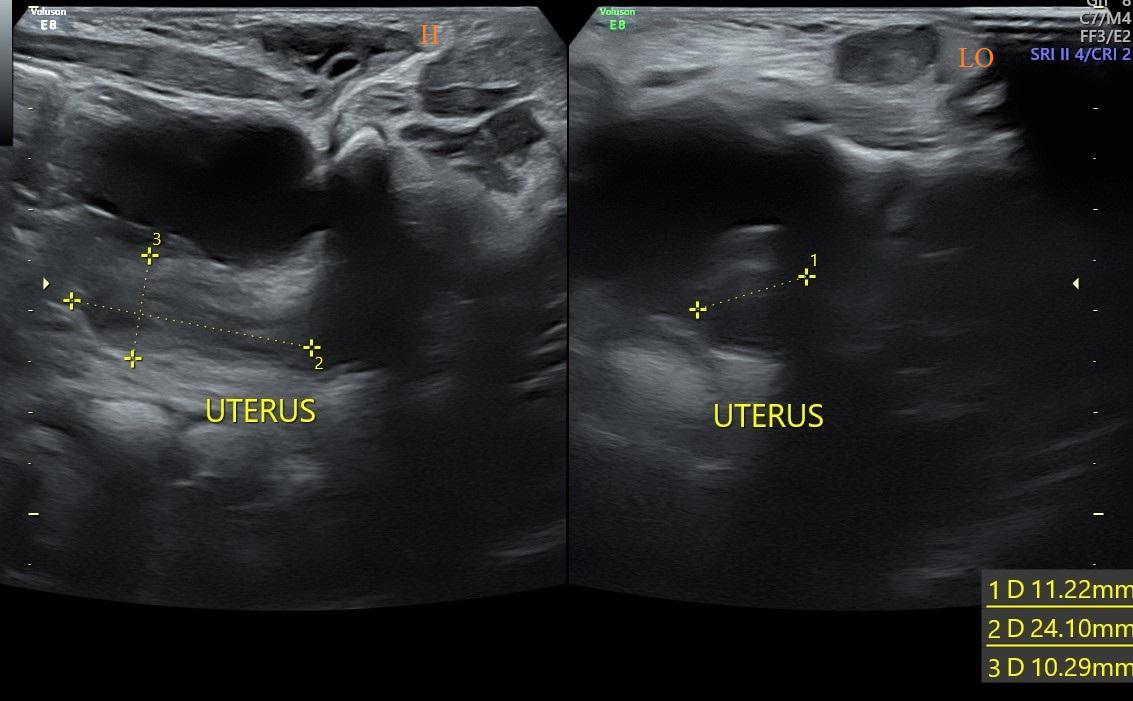 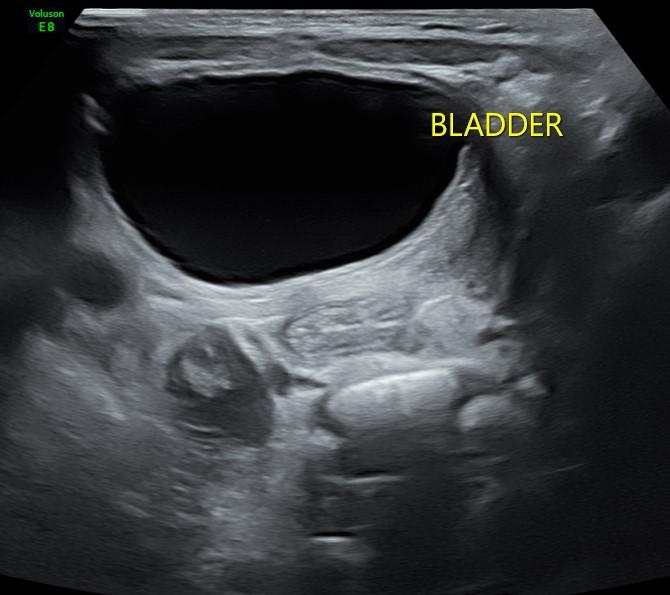