A 71-year-old male patient complained of gait ataxia, loss of muscle strength, recurrent falls, tremor in both hands and a weight loss of 10 kg over the last 3 months. The patient came to the emergency room after an acute episode of dysarthria and tingling in the face on the left side.

On the brain MRI, we see abnormal T2/FLAIR signal hyperintensity involving the brainstem, predominantly the pons. Post-contrast sequences show multiple associated patchy spot-like and curvilinear areas of enhancement “peppering” the pons with minimal extension into the middle cerebellar peduncles and medulla oblongata (figure 1). MRI of the spine shows a longitudinally extensive area of T2 increased signal extending from the brainstem to the entire spinal cord (figure 2). The lesion showed extensive patchy enhancement on post-contrast sequences. These findings raised suspicion for an infectious process (most likely Listeria or viral etiology) rather than something inflammatory [3]. However, a lumbar puncture was negative for an infectious process. A diagnosis of CLIPPERS was suspected and high dose steroid treatment was initiated. The patient showed a marked clinical improvement after 10 days and significant decrease of the abnormal T2/FLAIR hyperintensity and reduction of the enhancing lesions in the pons and spinal cord (Figure 3).

CLIPPERS (Chronic Lymphocytic Inflammation with Pontine Perivascular Enhancement Responsive to Steroids) is an uncommon disorder characterized by infiltration of the brain by inflammatory cells, predominantly T-cell lymphocytes. It is a definable, chronic inflammatory central nervous system disorder amenable to immunosuppressive treatment, suggesting that this syndrome corresponds to an immune-mediated or other inflammatory mediated process [1], although the exact pathogenesis is still unknown. There is a slightly male predominance and a wide range regarding the age of onset [2].

On MRI, there is a remarkable predilection for the pons with variable extension into adjacent structures such as the cerebellum, medulla oblongata and midbrain. After administration of gadolinium, CLIPPERS has a fairly characteristic pattern of punctate and/or curvilinear enhancement “peppering” the pons with or without spread into the adjacent structures, highly suggestive of a perivascular distribution [1].  It seems to be typical of CLIPPERS that visualization of lesions is somewhat faint on T2 and FLAIR-weighted images but becomes clearly apparent on the enhanced sequences [2]. Lesions are typically less numerous and smaller as distance from the pons increases. They usually cause no mass effect, and minimal or no vasogenic edema [2].

CLIPPERS manifests characteristically in a subacute manner (over several weeks) and presents usually with a varying symptomatology related to brainstem, cerebellum (such as gait ataxia) and/or cranial nerve involvement (such as altered facial sensation, diplopia and dysarthria) [2]. Cognitive dysfunction, long tract affections (such as spasticity) and /or spinal cord syndrome are seen in some patients.

The diagnosis of CLIPPERS is based on clinical, radiological, laboratory and CSF investigations, and if necessary, a brain biopsy [2]. As the diagnosis is challenging, extensive investigations are mandatory to carefully exclude alternative conditions that may mimic CLIPPERS syndrome [2,3].

This syndrome usually shows a prompt and significant response to steroid-based immunosuppression, with both radiological improvement and clinical response. Long-term therapeutic response varies from excellent to incomplete response. Anyhow, as withdrawal of steroids treatment results commonly in disease exacerbation, maintenance of immunosuppression is required in the majority of cases to sustain clinical improvements [1,2].

This case illustrates the early imaging findings of CLIPPERS on MRI and the clinic-radiological response after corticosteroid treatment. No biopsy was performed, as the clinical and radiological features were sufficiently distinctive for a diagnosis of CLIPPERS.

Radiologists should be aware of the condition of CLIPPERS and its differential diagnoses. Given that CLIPPERS constitute a treatable condition, patients may benefit from an early diagnosis and treatment [2].

Written patient consent for this case not required
Patient data may have been modified to ensure patient anonymity. 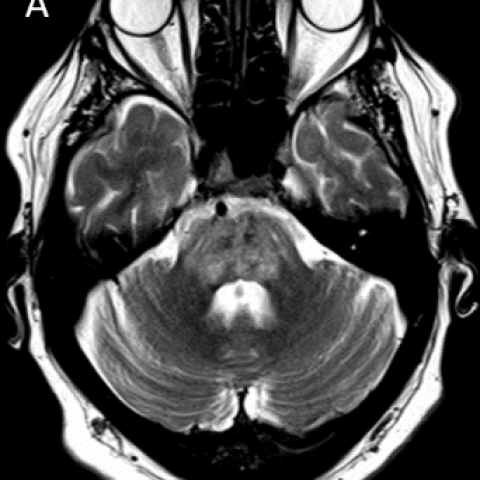 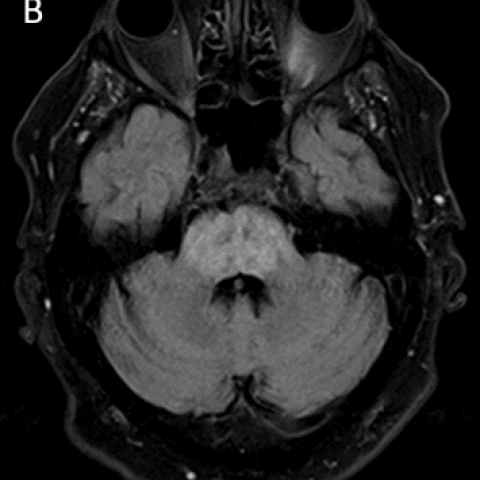 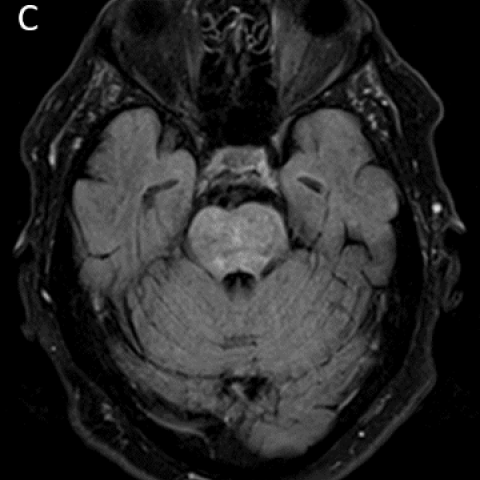 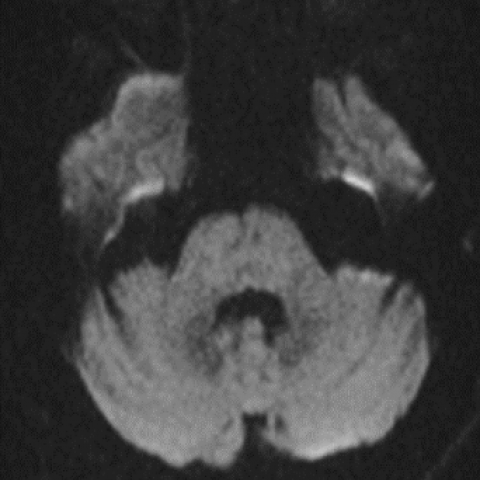 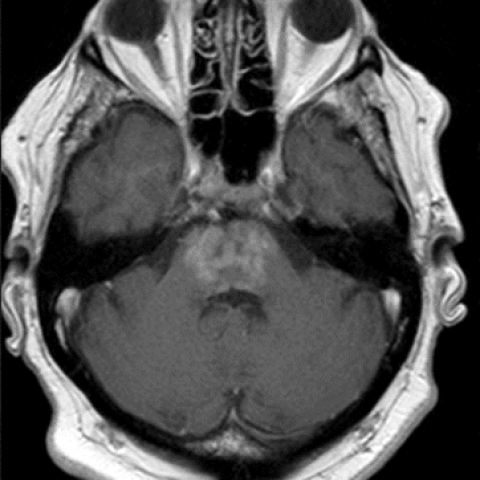 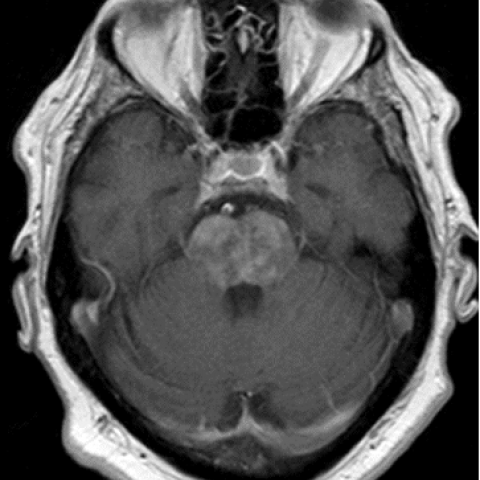 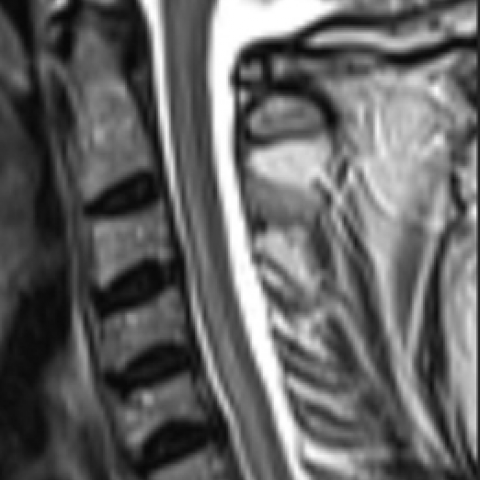 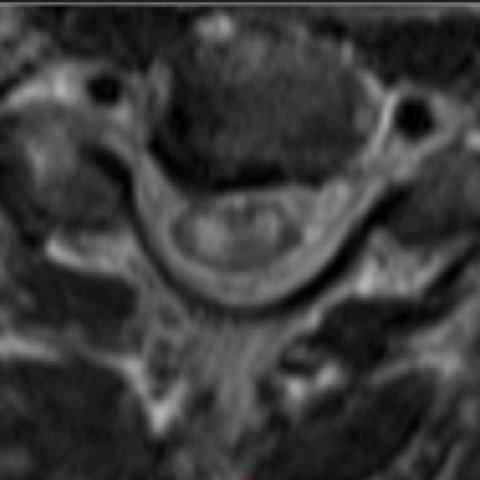 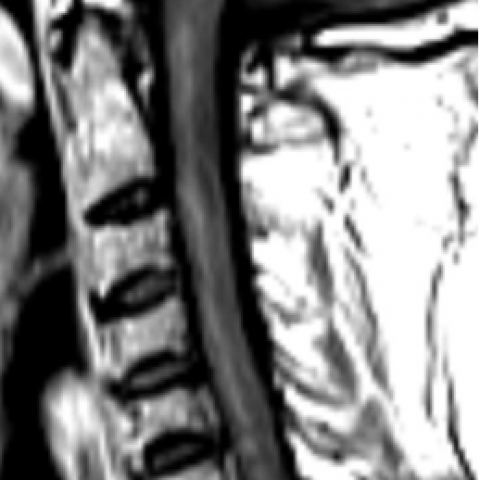 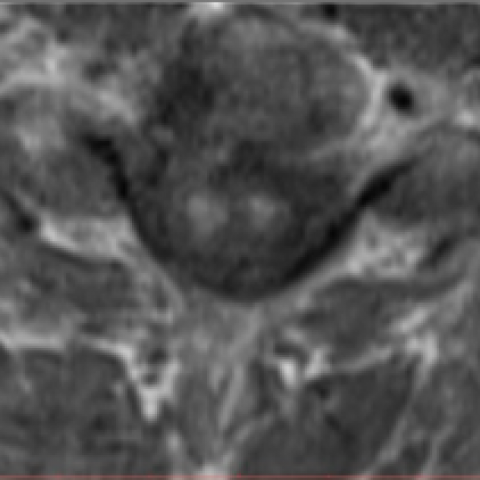 Initial spinal cord MRI obtained 2 days after admission. Sagittal and axial T2-weighted (A, B), and contrast-enhanced T1-weighted (C, D) images. Observe the involvement of the brainstem and the longitudinally extensive myelitis with patchy enhancement.
Figure 3 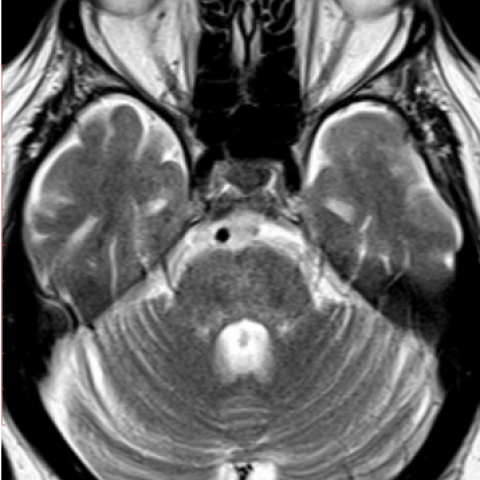 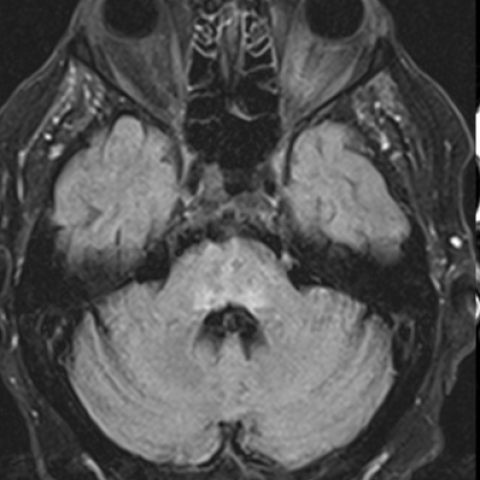 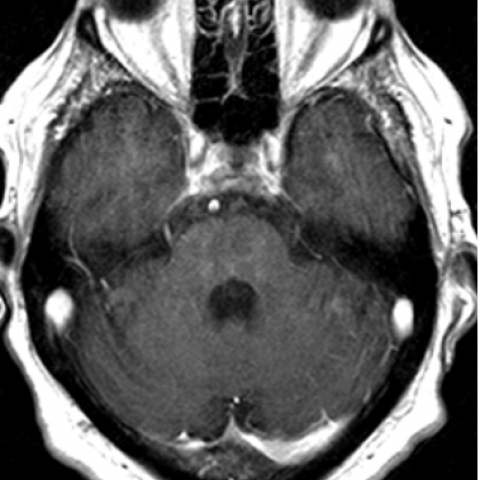 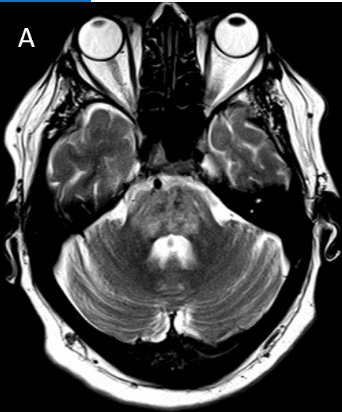 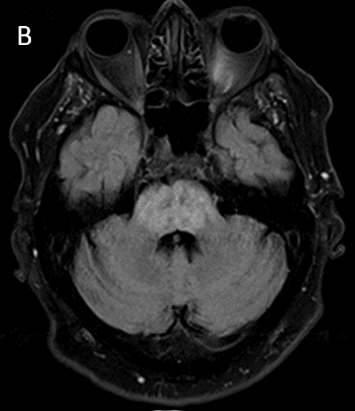 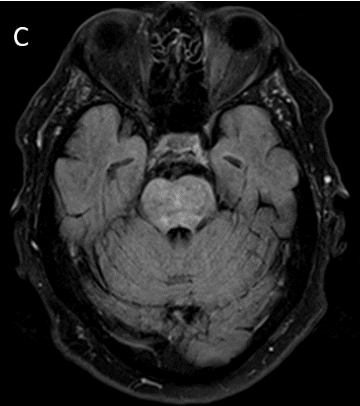 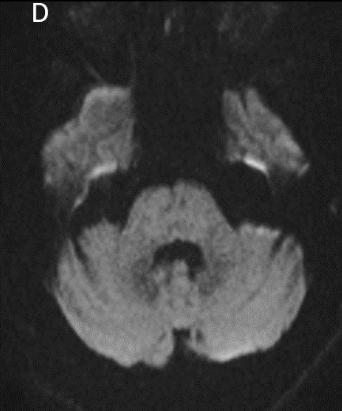 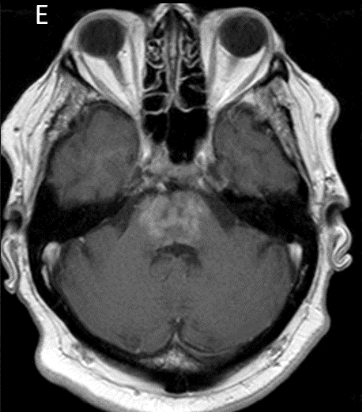 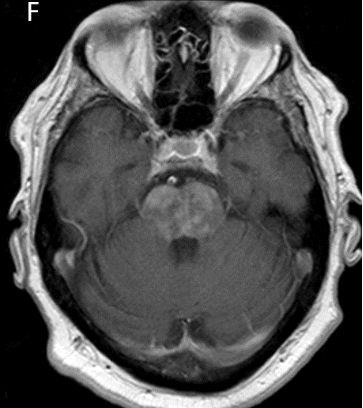 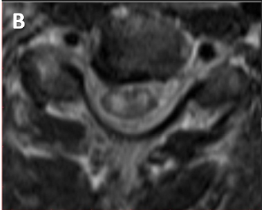 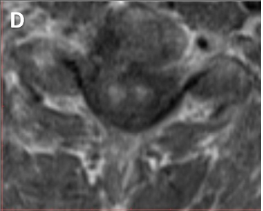 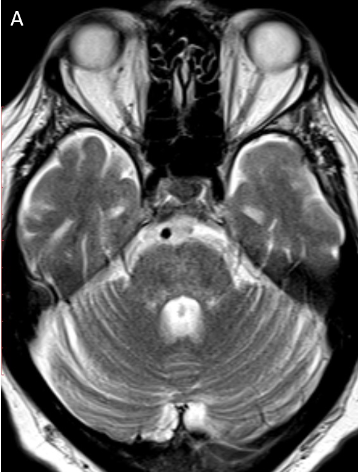 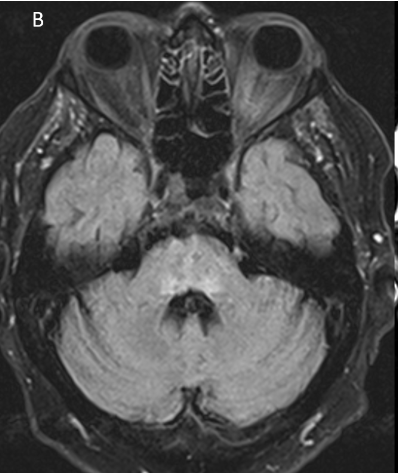 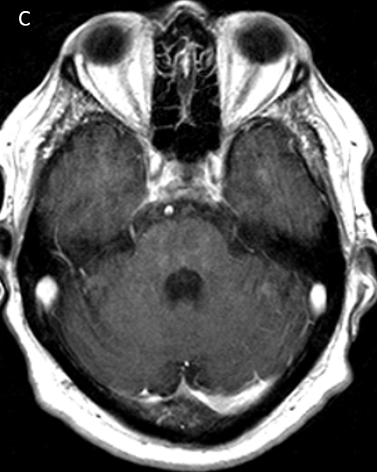